White American Women in Paris and the Life of Literary Modernism

This blog series focused on American women writers, a partnership between The Society for the Study of American Women Writers and U.S. Studies Online, explores the field through several lenses that range from recovery to religion and from war to transnationalism. By no means comprehensive in scope, this series of nine posts by SSAWW members offers snapshots into the field and its on-going conversations. In the second post of the series, Bethany Mannon explores how three lesser known white American women writers (Janet Flanner, Sylvia Beach and Kay Boyle) go beyond the “‘expected’ subjects of women’s autobiography.”

The expatriate community of Paris in the 1920s fascinated American journalists and readers with its reputation for extravagant living, bohemian values, and artistic experimentation. Readers today might be familiar with this “Lost Generation” from novels like Hemingway’s The Sun Also Rises, stories like Fitzgerald’s “Babylon Revisited,” or films like Woody Allen’s Midnight in Paris (2011). Our impressions of the American writers who lived and wrote in Paris are also based on the memoirs that many later published. Gertrude Stein’s The Autobiography of Alice B. Toklas (1933) and Ernest Hemingway’s A Moveable Feast (1964) established an image of the innovative, ambitious generation who collaborated on their writing and feuded over philosophies and reputations. 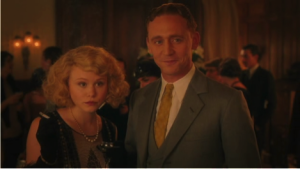 Alison Pill and Tom Hiddleston as Zelda and Scott Fitzgerald in Midnight in Paris.

Three lesser-known white American writers—Janet Flanner, Sylvia Beach, and Kay Boyle—shaped and recorded life in this expatriate community. Figures like Stein and Hemingway overshadow them, but these women deserve attention for their roles. Flanner wrote columns for the New Yorker introducing American readers to the writers and literary culture abroad, Beach owned a bookstore that became a hub for expatriates and French citizens, and Boyle wrote well-regarded modernist novels, poetry, and short stories. Their autobiographical writings give us complex, colorful accounts of these achievements and of the literary culture they experienced. 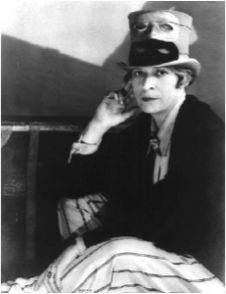 Janet Flanner invented a genre for herself when she began “Letter from Paris,” published fortnightly in The New Yorker starting in 1925 and collected as Paris Was Yesterday (1972). She aimed to be “precisely accurate, highly personal, colorful, and ocularly descriptive,” and resolved to chronicle what was important to her, since she believed journalism “demanded a certain personal aspect or slant of the writer’s mind” (xix).[1] In her column, she reports on people, events, and performances by placing them in social and cultural context. Flanner also takes care to show that Paris was not just full of Americans. Reporting on the Wall Street crash, she writes, “the French people’s sympathy in our disaster has been polite and astonishingly sincere, considering that for the past ten years they have seen us through one of the worst phases of our prosperity” (62).

Flanner’s “Letter from Paris” includes obituaries—for Claude Monet, Isadora Duncan, and Edith Wharton, among others—that reflect her transnational perspective. In these eulogies, Flanner preserves the characteristics that she believes most valuable. Rather than submerge her judgment in favor of biographical facts, she offers astute commentary on the cultural shifts that each death evokes. Writing at length about Wharton, for example, Flanner developed a complicated portrait. “Her withdrawal from America was her most American act,” she writes, linking Wharton to the numerous recent expatriates (174). Of Wharton’s reputation for coldness she suggests, “certainly she was old-fashioned in that she reserved her magnanimity for special occasions” (176). When Flanner concludes, “Mrs. Wharton had the tender and reserved sentiments of the truly literate,” she obliquely critiques the dilettante art of many in the Lost Generation (177). 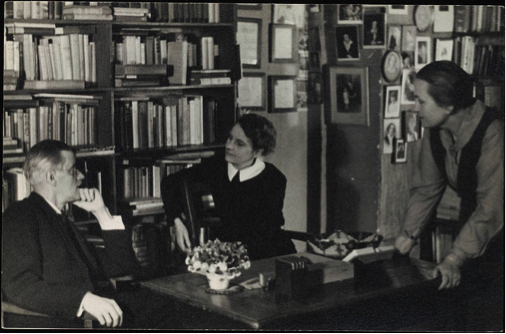 Sylvia Beach appears at length twice in Paris Was Yesterday. In a 1935 column, Flanner calls Shakespeare and Company “the most famous American bookshop and young authors’ fireside in Europe” and “the hearth and home of the Left Bank American literary colony” (128, viii). Flanner credits Beach as the first publisher of Ulysses, “the most exciting, important, historic single literary event of the early Paris expatriate literary colony” (x). Over time, praise of this kind relegated Sylvia Beach to a nurturing, secondary role community and explains the neglect of Beach’s memoir. The credit she receives as the owner of the store Shakespeare and Company does not extend to recognition of her memoir Shakespeare and Company, yet both are remarkable contributions.

Arriving in Paris in 1916, Beach discovered Adrienne Monnier and her bookshop, La Maison des Amis des Livres. Monnier guided Beach’s reading of contemporary French writing and introduced her to an “exciting literary life” where Beach was then the only American.[2] When it opened, Shakespeare and Company became “the first thing the pilgrims looked up in Paris” and many of them gave the shop as their address. Beach recalls with pride, “I didn’t [mind], especially since it was too late to do anything about it except try to run an important mailing office as efficiently as possible” (23). These friendships gave her an intimate perspective of key modernist artists. Relationships also led to personal observations, like this comment about Hemingway: “Baptized or not—and I am going to say this whether Hemingway shoots me or not—I have always felt that he was a deeply religious man” (78). Her sly description of the Fitzgeralds is less kind (though hardly a unique impression): “Poor Scott was earning so much money from his books that he and Zelda had to drink a great deal of champagne in Montmartre in an effort to get rid of it” (116). Through these and other observations, Beach proves herself to be an acute observer with strong private opinions about people and about the inner workings of the expatriate community. 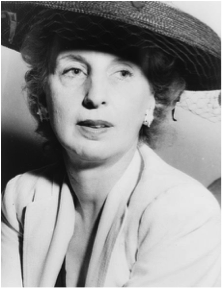 Being Geniuses Together, 1920-1930 traces Kay Boyle’s development as a writer, a traditional memoir in comparison to the oblique accounts by Flanner and Beach. However, Boyle experiments with the structure of personal narrative to avoid the self-absorption she disliked in other autobiographies. Boyle approaches her project as a dual autobiography; she alternates her own chapters with sections from her friend Robert McAlmon’s out-of-print 1938 autobiography, omitting seven entire chapters of his text and adding 90,000 words.[3] Boyle’s newly-written chapters trace her development as a young American woman living in France and trying to teach herself to write. However, by interweaving her chapters with McAlmon’s, she questions the form and purpose of memoir.

In a New York Times review, Malcolm Cowley praises Boyle’s memoir, with its “pictures of two lives—and many surrounding lives” giving “an impression of depth and substantiality that had been lacking in other memoirs of Paris in the 1920s.”[4] That substance also comes from Boyle’s attention to the competing domestic, social, and artistic demands on a writer. She documents her own development, which depended not on freeing herself from the distasteful characters and dissipated culture that Hemingway remembers as impediments, but on forging connections stimulate and instruct her. Boyle taught herself to write by reading Rebecca West and Evelyn Scott, and learned to both engage in social critique and express her impatience with women who saw themselves as helpless within a narrow world. She also uses her memories to present modernism as a distinct, multifaceted moment, and writes against “the prevailing and rapidly ossifying mythologies of that time and place” to argue that artistic development is relational rather than individual.[5]

Studies of gender and life writing have long been concerned with the marginalized social and economic positions from which many women write. Scholar Shari Benstock lists the ‘expected’ subjects of women’s autobiography: women in conflicting and constricting roles; black women writing in dominant white cultures; public women defying patriarchy; tragedy and trauma; and loss of identity.[vi] Flanner, Beach, and Boyle wrote accounts that do not neatly fit these concerns, and develop public voices that anticipate the memoirs of subsequent decades. By expanding personal narrative to include more than introspective contemplation, they broaden readers’ understanding of the literary period and of autobiographical identity.