Home » Research » History » When a novel changes a social system: Mary Jane Ward’s The Snake Pit (1946) and the US state psychiatric hospital

When a novel changes a social system: Mary Jane Ward’s The Snake Pit (1946) and the US state psychiatric hospital 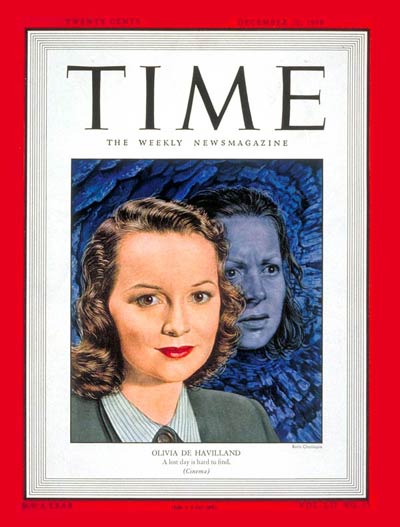 It is rare for a novel to radically affect the lives of hundreds of thousands of people, yet Mary Jane Ward’s novel, The Snake Pit (1946), drew widespread critical attention to the plight of the mentally ill in American state asylums.  It is not claiming too much to say that treatment of the insane began its long, unsteady road to improvement after Ward’s fiction had reached out to a huge, popular audience, tackling a subject that had previously been taboo.  Insanity in families had long been a shameful, hidden secret, with sufferers frequently cast out from society and incarcerated in vast remote asylums[1].  There they were largely forgotten both by relatives and government policy.  Ward’s novel broached a tremendously difficult subject, treated it with a complex narrative spoken by a mad protagonist, and achieved all this with an immediacy and humour which catapulted The Snake Pit into American consciousness.   A great boost to the novel’s impact was given by the major film of The Snake Pit, released in 1948; and a condensed version of the novel produced by Reader’s Digest in the same year that Ward’s best-selling novel appeared.  The American public, it seemed, was hungry for information about the terrible conditions in its state asylums.

In the novel, Virginia, a young married writer, presents her confused perceptions of her treatment in the Juniper Hill Asylum.  Virginia experiences life here as a series of punishments, meted out by a string of unspecified authority figures, for a crime she cannot identify.  Terrifying treatments include electric shock, “packing” (the wrapping of a patient in cold, wet sheets) and water treatment in which the patient is tied into a tepid bath for hours.  Restraints such as canvas straightjackets are used on troublesome inmates.  There is not enough food and not everyone has a bed.  There are pointless rules that must be followed if punishment is to be avoided.  Patients are inexplicably transferred between wards, where new sets of rules must somehow be learnt.  The nursing staff are stressed, overworked and ill-informed about treatments mandated by remote psychiatrists.  The psychiatrists themselves are rarely in evidence and certainly not accessible to patients.  Virginia eventually takes charge of her own recovery and, despite the experimental care of her remote psychiatrist, she achieves enough sanity for her to be discharged into her husband’s care.

History had its part to play in the reception of this novel.  World War II had produced a more compassionate attitude towards the mentally ill, with many servicemen suffering from serious psychiatric ailments.  Indeed, recruitment to the armed services had thrown up unwelcome news about the nation’s poor mental health.  The old nineteenth century asylums were overcrowded and underfunded.  Psychiatry, which had previously been firmly based within the large psychiatric hospitals, now wanted to carry out research into new treatments and improve its tarnished public image.  The war had produced models of community-based care which appeared superior to the now largely discredited institutions and there was the promise of new, effective treatments.  The success of germ theory in physical medicine could, perhaps, be matched with new psychiatric procedures that would bring psychiatry into modern medical science.  To boost this expectation, the ground-breaking 1946 Mental Health Act included a research mandate. Now there was hope that psychiatry could move out of the asylums and into the community.

The Snake Pit set in train a series of other important, non-fiction publications too.  Albert Maisel published, “Bedlam 1946: Most US mental hospitals are a shame and a disgrace” in Life in 1946.  This article shocked readers with its frank photographs of naked patients in filthy conditions.  Furthermore, Albert Deutch’s investigative reports into US asylums was published as The Shame of the States in 1948. These works of campaigning journalists were hugely important in the push for change in the way psychiatric patients were treated.  However, it was the impact of Ward’s fiction of the state asylum that took this subject matter to a massive audience. 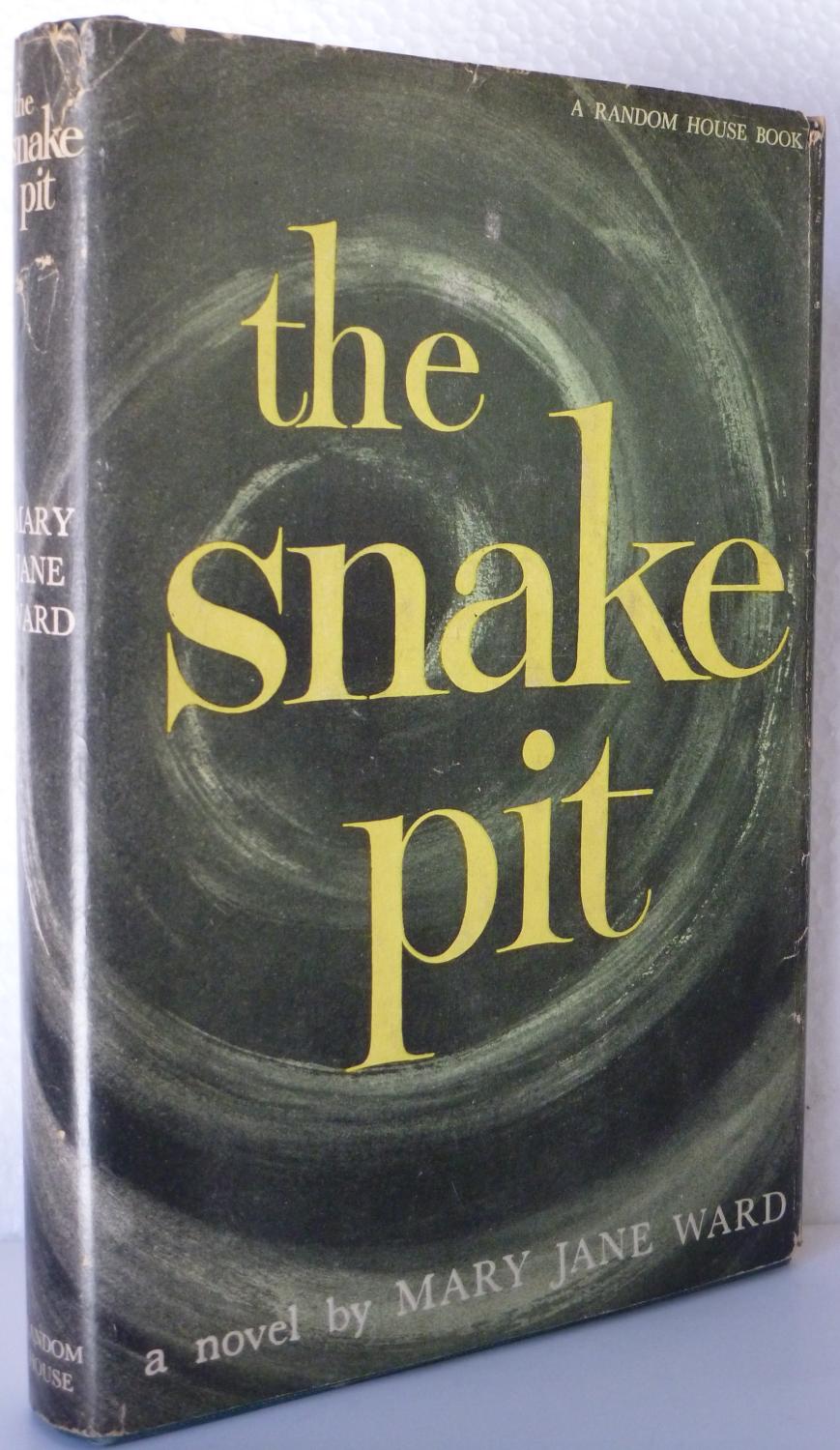 The Snake Pit not only highlighted the terrible conditions within state asylums but also pioneered psychiatry as a popular new subject-matter for fiction.  The book immediately became a best-seller, earning its author more than $100,000 from the first month’s sales.[2]   Publishers Random House quickly chose Ward’s novel as their Book-of-the-Month and a condensed version was published in May 1946 by Reader’s Digest.  The production rights were soon bought by 20th Century-Fox, and the subsequent film, directed by Anatole Litvak, was released in November 1948 and received several Academy nominations.  Time ran a feature article on the film of Ward’s novel and published a picture of Olivia de Havilland in character as Virginia on its cover.  The New York Times reported in 1949 that, in Britain, psychiatric nurses attempted to have the film of The Snake Pit banned, concerned that the British public would “associate American treatment with British hospitals.” 20th Century Fox felt British audiences should not be denied the chance to see the film and were quoted in the same New York TImes article, arguing that “the whole American public has welcomed [the film] as a great stride toward breaking through the darkness that has clouded this theme.”

Ward’s real-life horror story came from her own direct experience of severe mental illness and hospitalization.  This nightmare episode in her life produced a best-selling novel that spawned a major film and a Readers’ Digest condensed book at a time when the cinema reached vast audiences and Readers’ Digest had a circulation of nine million.  Its appearance in 1946 came when US mental hospitals were perhaps at their lowest ebb and when the psychiatric profession, reacting to the impact of World War II, felt there were other, better ways forward for patient care.  Office-based psychiatry and community care was to replace the vast asylums, built with enthusiastic optimism in the nineteenth century but now in overcrowded, neglected decline.  The route towards progress was not a smooth one, with insulin therapy, malaria therapy, insulin coma therapy and lobotomy all having their brief but destructive periods of optimism, winning two Nobel prizes along the way as they offered physical assault to mental patients instead of years of abandonment and imprisonment.  However, thanks to Ward’s fiction, Litvak’s film and the Readers’ Digest condensed book, the public at large was now informed of the appalling lives of many of the mentally ill.  The days of exile from the world of ordinary, daily life into the abandonment of the terrifying and decayed asylums were now numbered.   Ward’s achievement as a novelist was of huge significance for the hundreds of thousands of inmates of the overcrowded and neglected asylums.

[1] For a general overview of the care of offered to the mentally ill in the United States at this time, see Gerald N. Grob, The Mad Among US: A History of the Care of America’s Mentally Ill (New York: The Free Press, 1994).

Jacqueline Hopson is a PhD candidate at the University of Exeter, exploring the depiction of psychiatrists in English and American fiction. She has a BA (Hons) in English from Durham University and an MA in Modern American fiction from Exeter University. Her interest in psychiatry stems from being a lifelong user of mental health services.
View all posts by Jacqueline Hopson →
Tagged  Asylums, C20, History, Literature, Mental Illness.
Bookmark the permalink.