What do Maps Mean to You?

What do Maps Mean to You?

J.R.R. Tolkien—writer, philologist, and academic—best known as the author of The Hobbit and The Lord of the Rings, is recognized by fantasy readers and scholars for his immersive world-building and detailed mapping of his secondary world, Middle-earth. In this Zoom BookHour, hosted by Jun Qiang of the University of York, Professor Robert T. Tally Jr. builds upon Tolkien’s quotation, “I wisely started with a map” (Letters of J.R.R. Tolkien) to discuss his text, Topophrenia: Place Narrative, and the Spatial Imagination, regarding Tolkien’s works and the “literary cartography” of his world.

USSO’s BookHour with Robert T. Tally Jr. discussed the intersection between the novel, ‘geocriticism’, spatiality studies, and literary cartography—or how we organize our space through writing—in relation to Tolkien’s physical and figurative mapmaking. While Topophrenia is not particularly written on Tolkien himself, Tally’s BookHour explored the possibilities of Tolkien’s literary cartography and how both the literal and figurative maps deepen Tolkien’s world-building. “The cartographic plot”, as Tom Shippey describes it, fleshes these spaces out to develop the culture, nature, language, and history of Tolkien’s world. 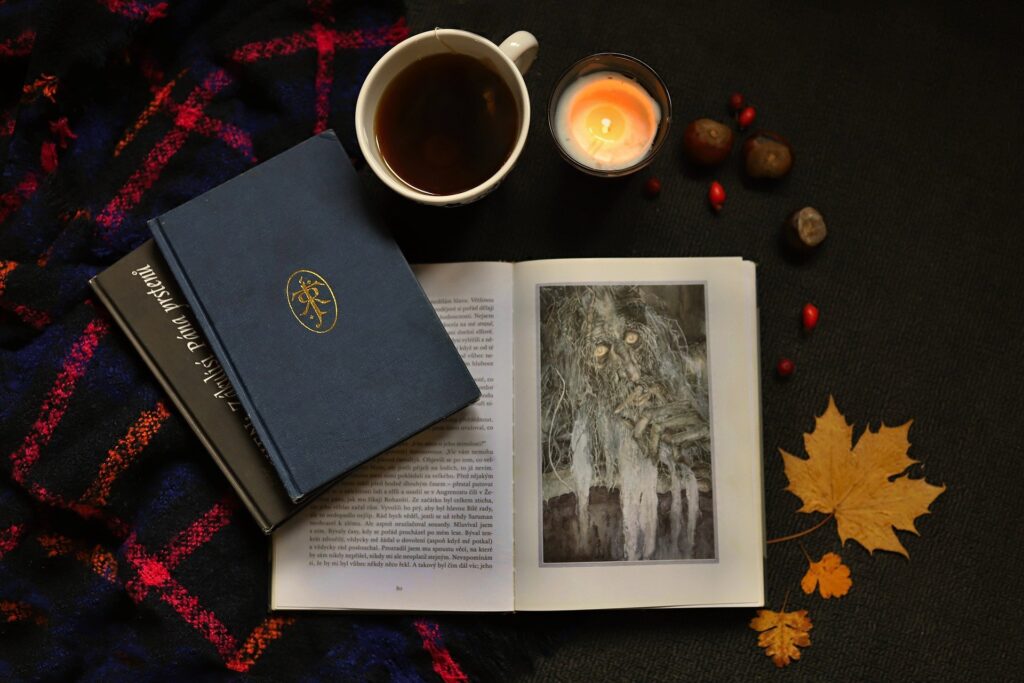 Photograph of “Books, Lord of the Rings, J R Tolkien, Reading” displaying Lord of the Rings illustrated by Alan Lee and his depiction of Treebeard, 2020. PetraSolajocva, Pixabay collection website. Retrieved from https://pixabay.com/photos/book-books-lord-of-the-rings-j-r-5718632/.

To begin, Tally prefaces his talk by explaining how Topophrenia developed as a collection of essays of previous and recent works over spatiality, geocriticism, and literary cartography.  From here, Tally discusses his term ‘topophrenia’, influenced by the cultural geographer Yi-Fu Tuan’s term “topophilia, which would mean love of place” (Zoom 8:35-8:40). However, for Tally, his sense of place has been centered around anxiety or bewilderment.

The term ‘topophrenia’ is concerned with the “anxiety associated with being lost”, and having “the sudden need to map, or at least have access to a map” (Topophrenia 1). Tally explains in his talk that this idea of being lost does not mean that one has to be fearful of place, or ‘topophobia’, but what he would describe as “placemindedness”: a place that is not good nor bad, but has uneasiness, or “dis-ease” from the awareness of space and place (Topophrenia 9). Tally elaborates further that his talk, and the Introduction to Topophrenia, are not meant to be a forceful argument, but to bring awareness to a sense of place, or space, relative to others or relative to the world. With this, in a sense, one is ‘mapping’ their world as a need to orient one’s self with respect to place and regarding places we travel to.

One significant notion Tally makes is that the beauty of maps as a metaphor, and as real things, is “that we all know what maps are. We use them all the time. It’s not a particularly, you know, bizarre theoretical tool. And yet, it is of course a very strange thing. I mean the space of a map, space that’s represented on a map, is nothing like the real space at all. It’s very figurative. It’s very metaphorical, and, of course, much like creative writing” (Zoom 17:34-18:03). 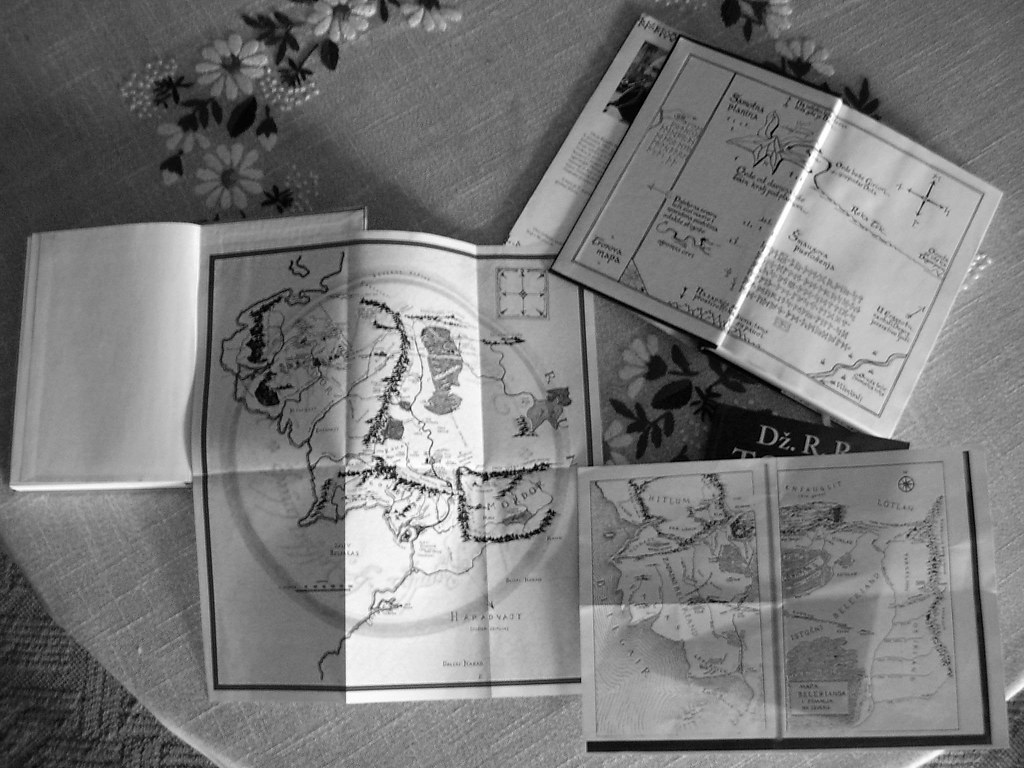 Maps have developed as a convention in fantasy literature to engage with the mythology of a secondary world partly because of Tolkien’s early usage of maps in his novels. Tally acknowledges that “mapping is itself a kind of fantastic activity” as we use maps in realistic ways—like how literary realism engages with texts like Dickens with respect to London—but maps are also inherently fantastic because they are nothing like actual space (Zoom 29:56-30:20). Maps are drawn, in part, for an audience. And, of course, the author, or mapmaker, will choose what to emphasize or what to center themselves around when concerned about a place, or space.

This connection between maps and creative writing developed Tally’s idea of literary cartography. Creative writing, like the fantasy genre, involves a process of selection of events. For Tolkien specifically, Tally elaborates that the mythology and world-building of Middle-earth, and his deep sense of history, is combined with geography (Zoom 48:00). Continuing this thought, he cites Tom Shippey, a Tolkien scholar, stating that in The Hobbit there are no proper names for places, only descriptive names, like Lake Town (a town that is on a lake) and the Misty Mountains (a particularly misty set of mountains). It isn’t until Tolkien is asked to make a sequel—The Lord of the Rings trilogy—that we get proper topography (Zoom 50:09-50:18).

Significant to this idea for Tolkien’s topography is Tally’s notion that “‘true’ maps, after all, are impossible” (Topophrenia 139). There will always be different versions of maps depending on the perspective of the mapmaker, reader, character, and more. Much like a fantasy novel, maps are a kind of imaginative and creative process to organize things a particular way. Tally’s idea develops much about fantasy literature and the speculative, and/or theoretical, association one has with place in a secondary world like Middle-earth. According to Tally, Tolkien’s speculative, or horizontal, itinerary of characters, is collaborating with the collective overview that we as readers obtain from a map. As Frodo and Sam advance their way to Mordor, the reader is seeing both their itinerary and the bigger picture of Middle-earth over the course of the writing. 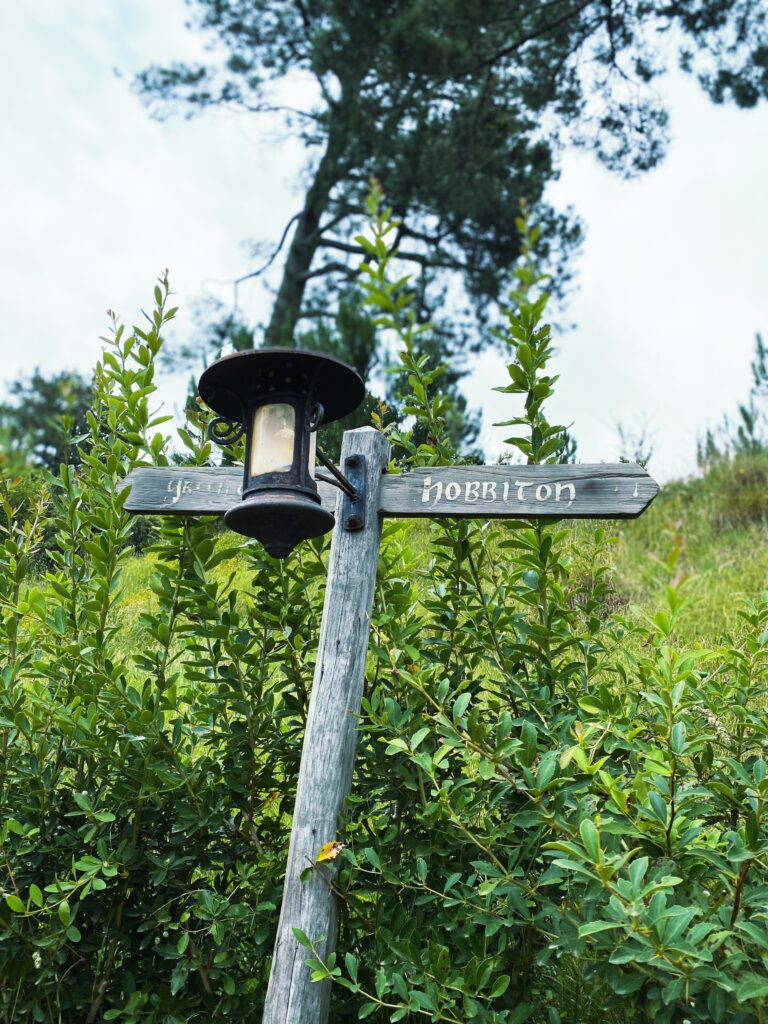 While Tally’s BookHour talk is only a small preview of Topophrenia, the text itself explores deeper into ideas about Geocriticism and the theories behind it; spatial representations in novels, and how novels engage in literary cartography; and how different type of ‘fantastic’ stories engage with spatial imagination and literary cartography. Or, as Tally writes, “the fantastic mode allows us, among other things, to see the planet anew, to visualize our world in novel ways, and to imagine different approaches to representing and otherwise engaging the world system” (Topophrenia 157). Tally’s BookHour discussion over Topophrenia: Place Narrative, and the Spatial Imagination developed contemporary ways to approach the world around one’s self, but to engage with fictional perspectives as well.

Hannah A. Barton (@Hannahb1207) is a current MLitt Fantasy Literature student at the University of Glasgow. Her research concerns 21st century science fiction, fantasy, and weird fictions, the post-apocalypse, climate fictions, and ecocriticism.
View all posts by Hannah Barton →
Bookmark the permalink.