War Among All Puerto Ricans: The Nationalist Revolt and the Creation of the Estado Libre Asociado of Puerto Rico (part two)

In the second of three posts discussing the Puerto Rican Uprising of 1950, Dr Harry Franqui-Rivera examines in detail the actual events of the nationalist revolt that sought to sever Puerto Rico’s ties with the United States. 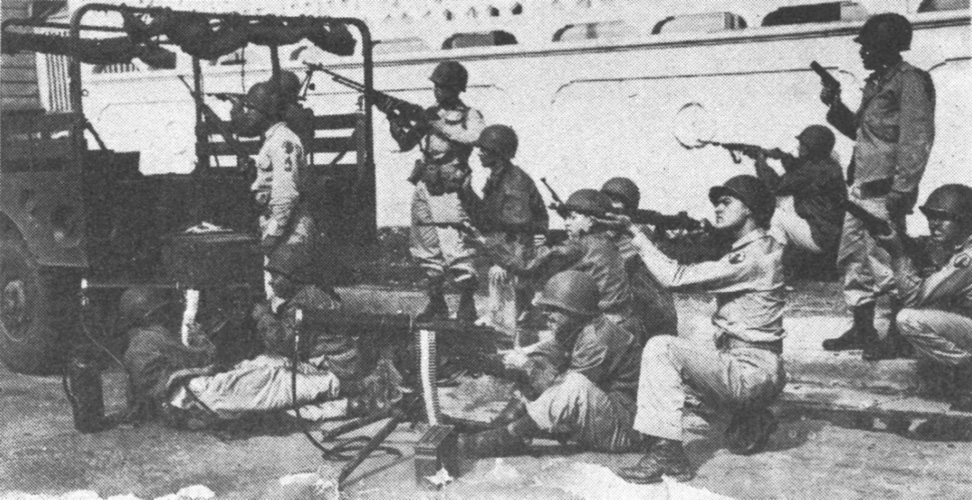 That the Nacionalistas were planning a coup or insurrection was hardly a secret.  Emboldened by the apparent inaction of the insular government, Albizu Campos continued his call to arms against the U.S. and its representatives in the island – Muñoz Marín, the Populares, and anyone who served, worked, or were in any way related to the metropolis.  In his speeches, Albizu Campos defied the hated Gag Law of 1948, which prohibited planning or promoting by any means the overthrowing of the island’s government.[1] In May 1948 the Insular Police had also established the Internal Security Unit, which worked closely with the local FBI unit to keep the Nacionalistas, Communists and Independentistas under surveillance. On 27 October 1950, the Insular Police detained one of the cars of Albizu Campos’ motorcade and found explosives, weapons, and ammunition in its trunk. Throughout the Island the Nacionalistas rushed to hide their weapons and the chaos led to a gunfight with the Insular Police.  After this second event, the Police started a series of raids against known Nacionalistas.  Albizu Campos immediately ordered the Ejército Libertador to launch a general attack against the Insular Police, political leaders and elected officials at midday on 30 October.

However, the Nationalist Insurrection actually began on 28 October as the Nacionalistas helped some 112 inmates to flee from the Insular Penitentiary.  For a long time seen as a diversion, the mass escape was in fact designed to secure additional manpower and weapons for the insurrection.  The leader of the inmates who escaped that day, Pedro Benejam Alvarez, in jail for stealing military weapons and ammunition from Camp O’Reilly, had promised the Nacionalistas to hand over the stolen weapons in exchange for his freedom in the Republic of Puerto Rico. Several inmate leaders had promised that some 1,000 men would join the revolt.[2]  After the plans of the insurrection had to be accelerated because of the events of 27 October, the Nationalists helped Benejam Alvarez and others to escape.  The mass escape served in fact as a diversion as it kept the Insular Police occupied, but it also alerted them of the impending battle.

As ordered by Albizu Campos, the Nationalists launched their attack on 30 October on what is known as the Grito de Jayuya – or Jayuya’s Revolution. The revolt became a series of gunfights between Nacionalistas and the police in the cities of Ponce, Arecibo, Mayagüez, the town of Naranjito, and a more concerted attack in San Juan – including the attempted assassination of Governor Muñoz Marín in La Fortaleza (the governor’s house).[3] The attack on La Fortaleza was quickly repelled but three nationalists were killed and another wounded, in addition to six policemen who also suffered injuries. The island and continental press printed scenes of the failed attack including a United Nations flag riddled with bullet holes flying over the governor’s house. The visual was indeed damaging to the nationalists.

Aftermath of the attack at La Fortaleza, 30 October 1950 (www.wikimedia.org)

Albizu Campos designated the town of Utuado as the rendezvous point for all Nacionalistas to converge. He chose Utuado as the Nationalists’ main line of resistance believing its geographical location and the area’s topography would allow the Ejército Libertador to resist for at least a month.  In that time they expected to gain enough international attention and support to force the General Assembly of the United Nations to intercede in their favor. The local Nationalists attempted to take the town, but after a firefight with the Insular Police, they had to take refuge in a few houses.  Aided by the Puerto Rico National Guard, the Insular Police quickly overwhelmed the Nationalists in Utuado during the night of 30 October.

The Nacionalistas, having managed to take and briefly hold the central mountain town of Jayuya, proceeded to burn the Insular Police station, the U.S. Postal Service building, and the equipment and records found in the Selective Service offices.  Just like the other Nationalist cells, they were supposed to make their way to Utuado but lack of vehicles, disorganization and the prompt mobilization of the Puerto Rico National Guard prevented them from doing so.  During that first day, Blanca Canales, one of the few women involved in the insurrection, proclaimed the Republic of Puerto Rico atop a hotel. But in fact the Nacionalistas in Jayuya were trapped and the revolt was coming to a quick end. The Puerto Rico Air National Guard bombed and strafed the town as a National Guard infantry company surrounded it. Those Nacionalistas who were able to escape the encirclement fled to the hills. With the National Guard in close pursuit, and alerted that their leader had surrender in San Juan, the remaining Nacionalistas came down the mountains to surrender on 2 November 1950.

[1] The Insular legislature wrote Law 53 (better known as Ley de la Mordaza or Gag Law) and on June 10 1948, Jesus T. Piñero, as appointed governor of the island, signed it into law.  The Gag Law declared a felony to persuade people or to plead for overthrowing the island’s government by violence or force.  Printing or publishing any material encouraging people to engage in such activities and creating any kind of organization to carry out any of these acts became felonies under this law.  The law, which was derogated in 1957, closely resembled the U.S. Alien Registration Act (also known as the Smith Act) passed by Congress on 29 June, 1940.  This act made it illegal for anyone in the United States to advocate, abet, or teach the desirability of overthrowing the government. See Luis M.Díaz Soler, Puerto Rico: Sus luchas por alcanzar  estabilidad económica, definición política y afirmación cultural, (Isabela, P.R.: Isabela Printing Inc., 1998), 319-323.

Book Review: Rhetoric of Modern Death in American Living Dead Films by Outi Hakola
Reconstructing the American Gothic in The Chilling Adventures of Sabrina
Book Review: Racial Realignment: The Transformation of American Liberalism, 1932-1965 by Eric Schick...
War Among All Puerto Ricans: The Nationalist Revolt and the Creation of the Estado Libre Asociado of...
Storify of our #bookhour twitter chat on "Herland" by Charlotte Perkins Gilman
Golf and Trump’s America
60 Seconds With Sinéad Moynihan
U.S. Studies Online relaunch