Video Games and American Studies: Red Dead Redemption 2 and the Marketing of a More Inclusive West

The most influential and lucrative Western released in 2018 wasn’t a film or television series, but a video game. Red Dead Redemption 2 was released on 26 October 2018 and earned $725 million in the first three days, the best opening weekend in entertainment history. Selling more copies in the first eight days than its critically-acclaimed predecessor Red Dead Redemption (2010) had in eight years, as video games journalist Tom Phillips put it, it was a ‘gold rush’. 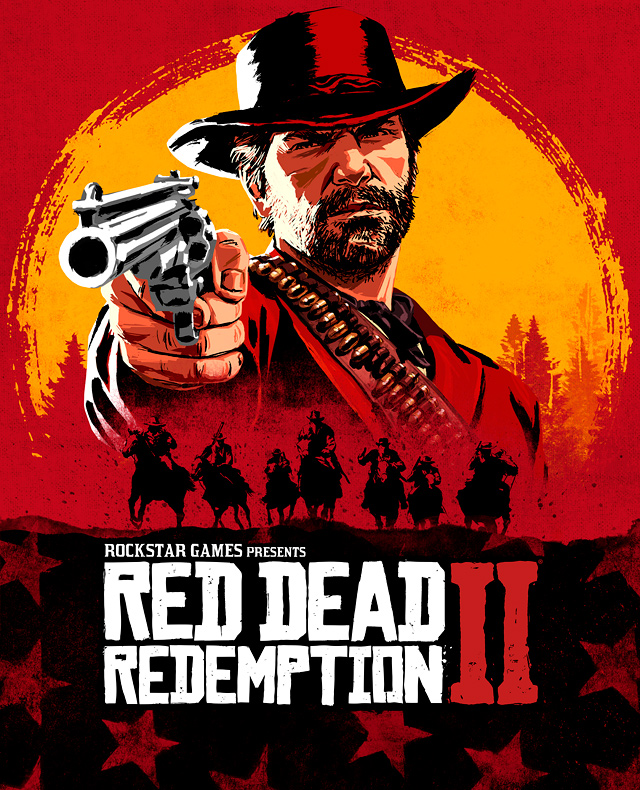 Red Dead Redemption 2’s developer Rockstar Games is likely better known as the British-born-and-bred company behind the equally beloved and maligned Grand Theft Auto franchise, earning a reputation for creating vast, richly detailed, and historically ‘authentic’ open world video games. If financial and critical success is anything to go by, Rockstar’s position as industry leader has conferred upon them a kind of authority as arbiters of U.S. society and history in the digital realm: their creative-executives have been referred to as cultural historians and even compared to Shakespeare.

But the vision of the United States’ past traditionally offered by Rockstar has hardly been immune to criticism. The company has a tendency to depict American places and times solely through the eyes of men, and masculinity—past and present—is Rockstar’s topic of choice. While core to their brand identity, it’s wrought controversy for ill-thought-out, if not outright harmful, depictions of women and people of colour.

Admittedly, this is hardly surprising given Rockstar’s generic workings. From the foundations of scholarship on America’s Westward expansion, historiographers like Frederick Jackson Turner and his followers usually ‘overlooked the ladies’, as Glenda Riley aptly put it, creating an historical vacuum that culture-makers filled with reductive stereotypes. Histories of America’s West also long ‘overlooked’ the existence of anyone but white men, especially the Black and Native Americans who also called it home. But despite the work of ‘New Western’ historians from the mid-twentieth century, popular culture in general has been slow, if not outright hostile, to change. There’s a lot at stake, then, when a company like Rockstar are afforded the power and global influence to tell (hi)stories that have long been infused with sexism and white-supremacy.

In my own work, I argue that promotional materials and content surrounding historical video games are crucial sources we should be considering if we are to understand how video games and their developers attempt to represent the past: all the trailers, posters, press interviews and social media campaigns that envelope their release. These sources make claims for authenticity, explicitly and implicitly, and attempt to control how fans eventually receive the games themselves. The process of marketing Red Dead Redemption 2 began to ramp up during the summer and, in part, these promotional discourses suggested that it was more inclusive than its antecedent. But appearances can be deceiving. 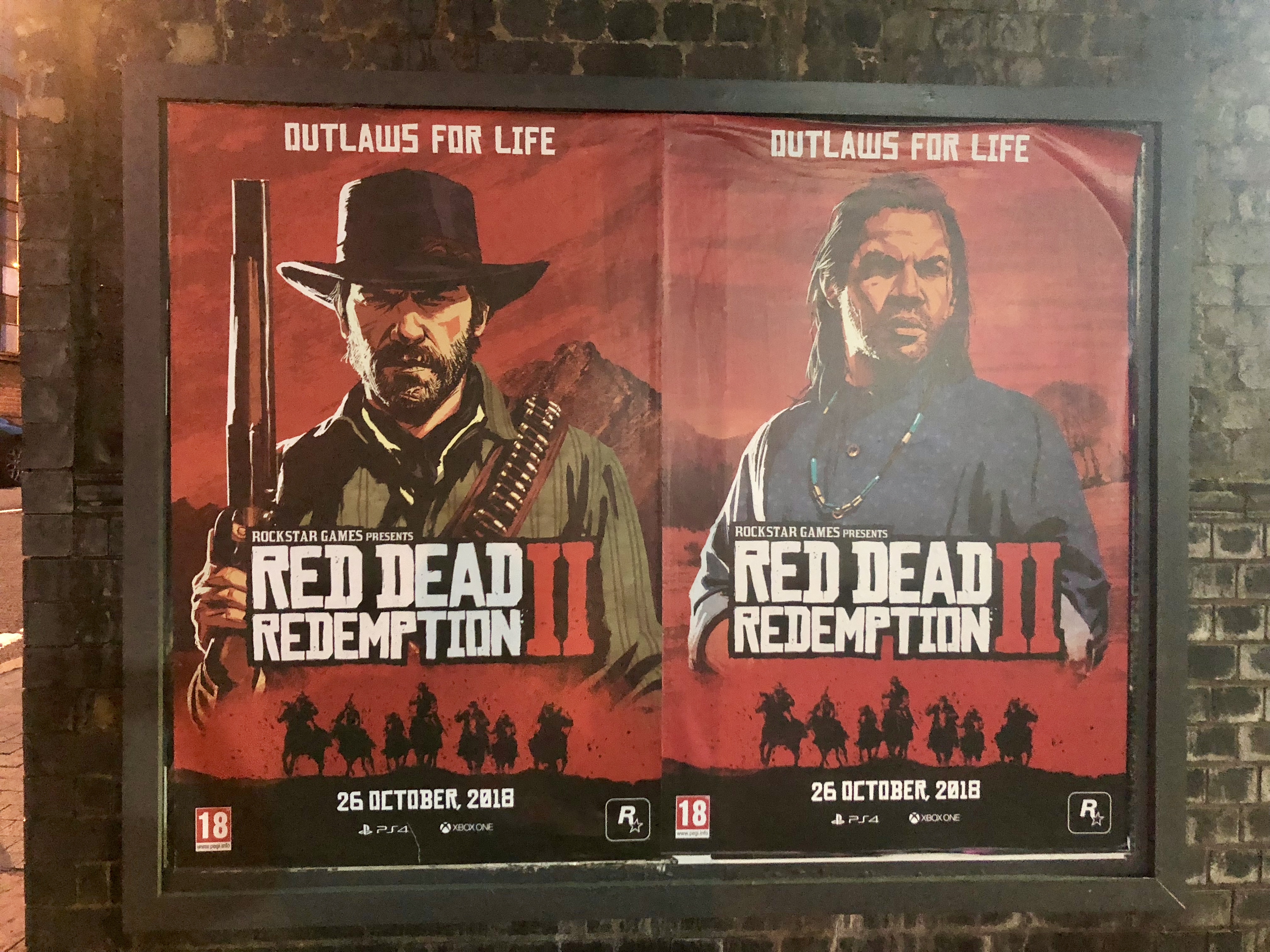 Original posters for the game depicted a gang of outlaws set against the sunset, calling to mind The Magnificent Seven (1960): unsurprisingly, another canonical western about professional male outlaws. But Rockstar later released a collection of images of characters players would meet in their journey westward, including a selection of hardened women who bedecked Rockstar’s Twitter and Instagram feeds: gun-toting female outlaws and no-nonsense women in charge of managing the game’s Van Der Linde gang’s camp. What’s more, these images featured people of colour: Black Americans and a Native American seem to have joined the gang’s ranks. Indeed, the game has been commended for its inclusion of black cowboys, their existence so pointedly missing from the first Red Dead Redemption. 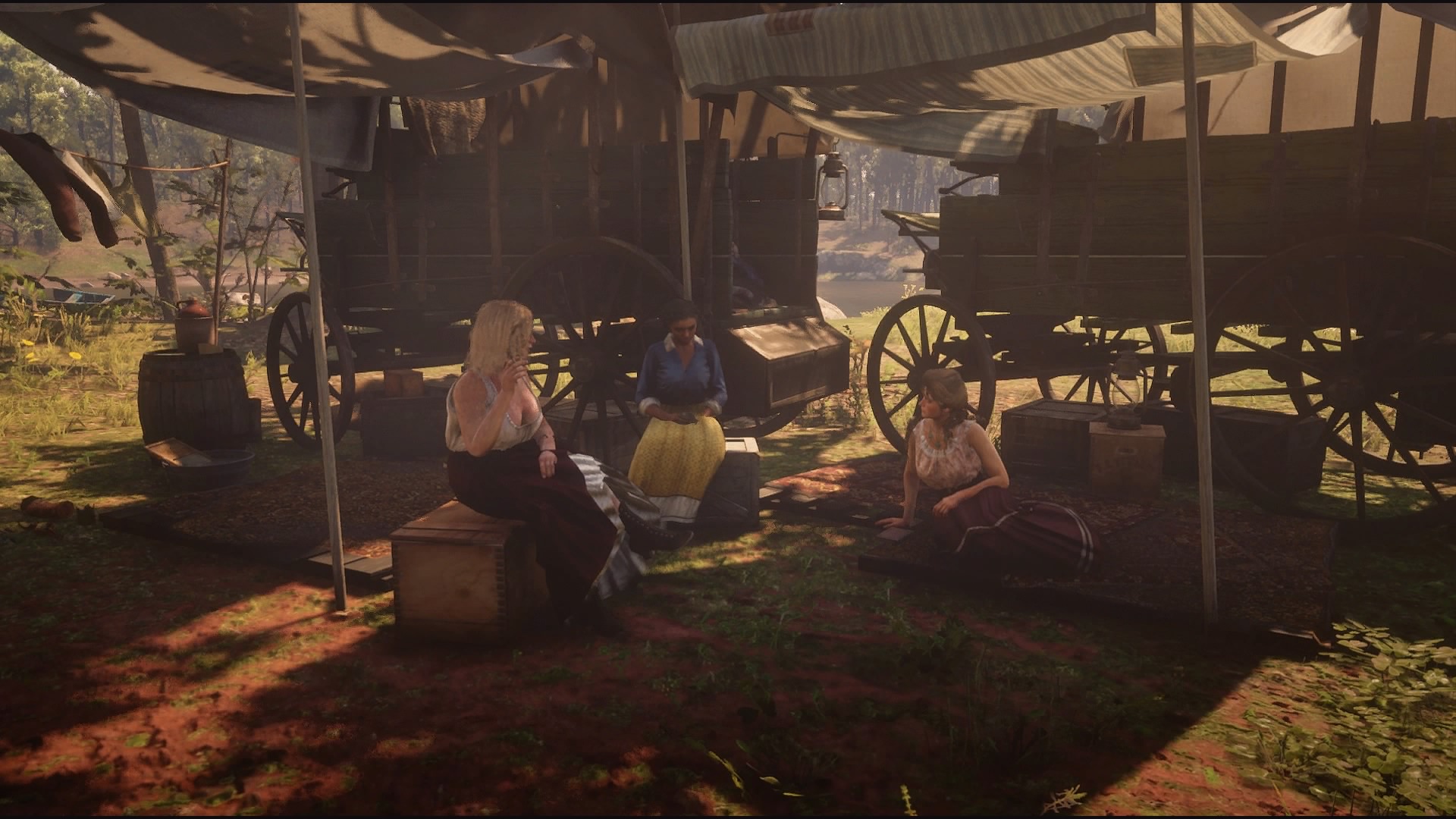 Even before players have a chance to get their hands on the game then, this fictionalised Western world was populated with a cast of characters more diverse than existed in Rockstar’s previous outing.  It signalled a hat-tip toward inclusivity, but there are some strong suggestions that this diversity is superficial. Crucially, the narrative of the game itself it still white male dominated. After all, players can only be outlaw Arthur Morgan, exploring the world as him. This perspective will always be limited because of who Arthur is, and in this context, who he (and the player) is able to be. 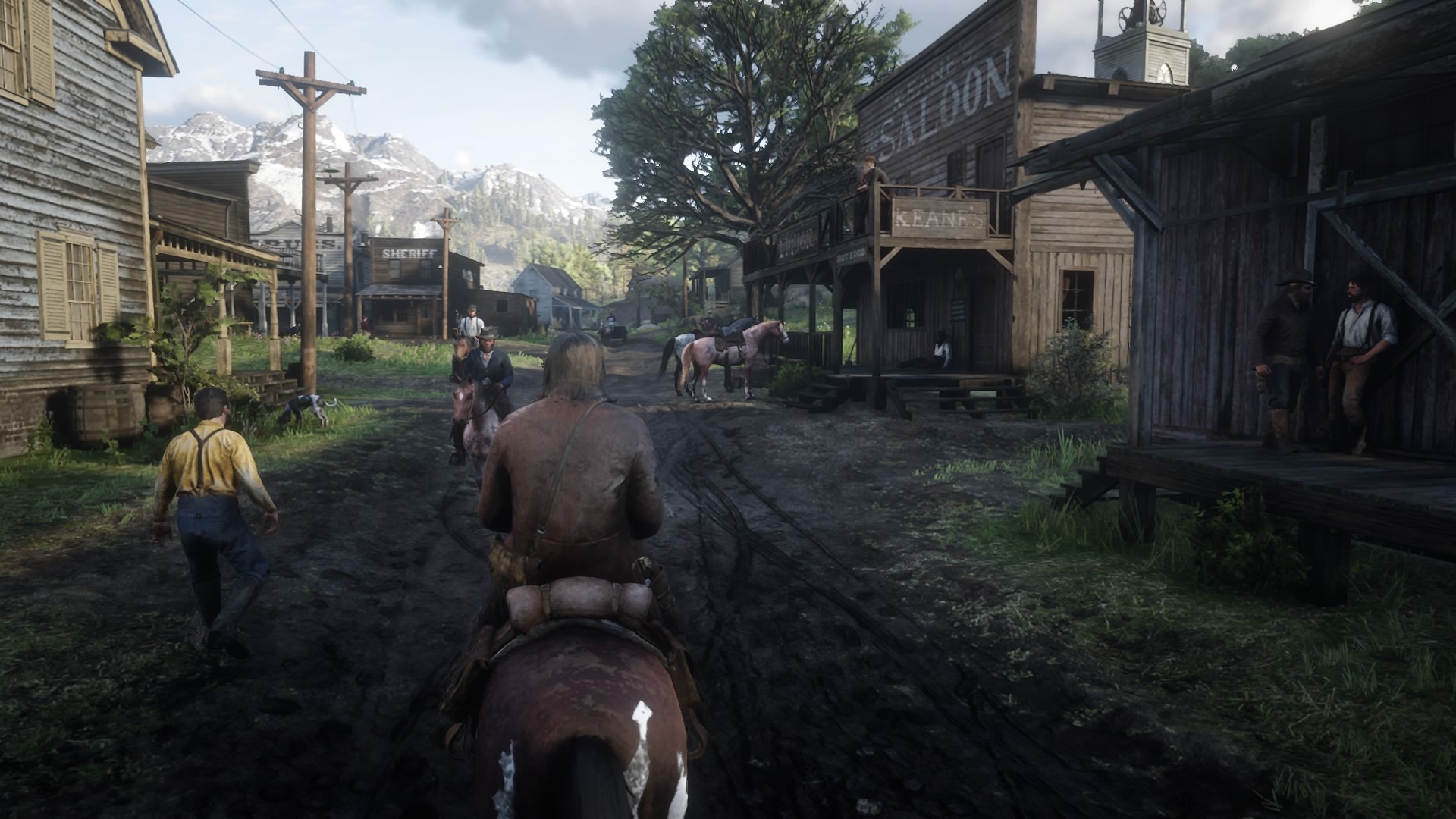 Trailers also gave hungry fans a taste of the things they might expect to see and do. Arthur Morgan’s existence is defined as part of the gang, so people rely on you—the  player—for food, satisfaction, and survival. Providing for a quasi-family unit is a far cry from the image of the archetypical lone male western outsider navigating the Frontier; working for the betterment of society while never able to exist comfortably within it. It’s also a long way from the relative solitude of Red Dead Redemption’s experience, of John Marston as the reluctant bounty hunter cut off from his family and forced to traverse the West mostly alone.

Yet we can’t forget that this is a Rockstar game. While this is a community trying to survive, they’re doing so on the wrong side of the law. To uphold their brand identity, Rockstar’s attempt at telling their own history of ‘the West’ is always done from the perspective of outlaws, not the vast majority of law-abiding citizens who worked to make their lives there. But what are we to expect when Westerns like The Wild Bunch—oriented around masculine violence—are the source material for this franchise? Ultimately, it might be better to ask how much, or even if, we can salvage in the way of an inclusive picture of who really was present in ‘the West’ from a cultural legacy saturated with white masculinity?

In the end though, the game’s success should tell us all we need to know about what it takes to make a successful Western story these days, something of a canary in the cultural coalmine. What incentive is there for companies to make more inclusive mainstream video games about contentious and complex periods of America’s past when those that privilege hegemonic stories continue to prove the industry’s biggest success stories?

The Indentured Atlantic: Bound Servitude and the Literature of American Colonization (Part Three)
Teaching U.S Women’s History in British Universities: a Personal and Political History
Configuring The Dream Factory: Prince Fans and Destabilisation of the Album in the Digital Age
'Brings Back Some Memories': Textual and metatextual experiences of nostalgia in Twin Peaks: The Ret...
How Nineteenth-Century White American Women Writers Have Facilitated the Rise of Christian Feminism
Creating Model Americans: The Mississippi Choctaw Billie Family and Relocation
There's No Place like Home: Hillary Clinton and Donald Trump Conquered New York
Kentucky: Between Populism and Creationism

Esther Wright is a PhD candidate at the University of Warwick’s History department. Her research considers the representation of American history by Rockstar Games, and the role of promotional discourses and branding in selling them. Her work has been published in Kinephanos: Journal of Media Studies and Popular Culture and Rethinking History, and she has appeared in Bullet Points Monthly and History Respawned.
View all posts by Esther Wright →
Tagged  C21, Inclusivity, Race, Red Dead Redemption 2, Rockstar Games, Video Games and American Studies.
Bookmark the permalink.