Video Games and American Studies: Introduction to the Series 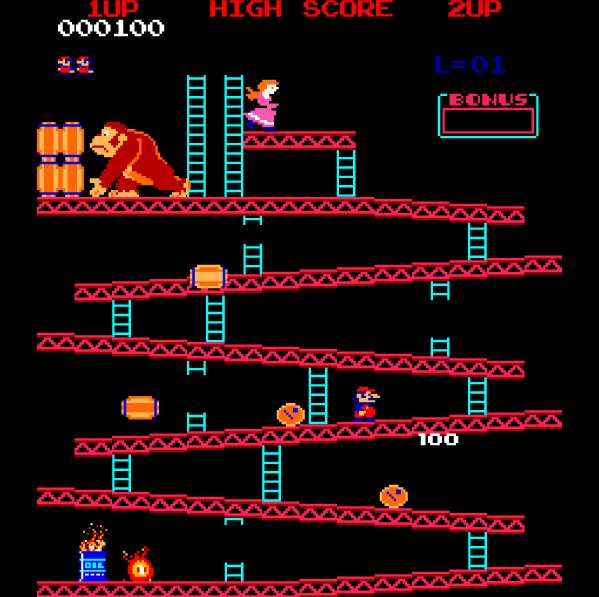 Since the 1980s, video games have proliferated globally and had a corresponding cultural impact. Considering that the USA has been the major site of the culture industry driving this development both economically and symbolically, few would deny that video games are important objects of study with regard to American culture. American Studies has a history of embracing new theories, methods, and objects of research, as it expanded from mainly text-based philology and historiography to interdisciplinary Cultural Studies. The field now includes literature as much as any other cultural artifact, and it routinely transcends the national limits implied by its name. Yet almost two decades after Espen Aarseth proclaimed ‘the Year One of Computer Game Studies as an emerging, viable, international, academic field,’ and over four decades after video games began making the aforementioned global cultural impact from the US, researchers in American Studies will find institutional structures only elsewhere—mainly in dedicated Game Studies and Media Studies programmes. While American Studies is a productively fuzzy discipline, the systematic integration of video games into the larger theoretical and methodological framework of the field has yet to happen. Within the institutional structures of American Studies, individuals are usually carrying out this work with no wider network to participate and collaborate in.

This state of affairs would feel less like a missed opportunity if American Studies, with its disciplinary multiplicity, was not so ideally equipped for performing analyses of video games. After all, over the years, the field has opened up to Cultural Studies, to the popular, to visuality, and to mediality, and it has an ongoing intellectual obligation to engage with emerging cultural phenomena and objects of inquiry. The theoretical frameworks of American Studies are particularly well-suited for the analysis of video games as cultural artifacts, and the study of contemporary American culture(s) must include the study of video games—but the field itself has yet to tap that potential in a significant way.

This situation is not only frustrating to the individual researcher but also damages the research, as it is in danger of lacking adequate contextualisation and historicity. Simply put, if you keep being told that you do something nobody else is doing in your field, you might actually believe it, and then fail to acknowledge over two decades of video game scholarship and many more of games theory. Yet even if individual researchers avoid the traps of presentist bias and discursive decontextualisation, they may find themselves unable to contextualise their work within the intellectual and material resources available to others. This may mean not being accepted into a graduate programme in American Studies, or being accepted and then told that nobody can supervise the dissertation; it may mean never getting to present in a research colloquium because any presentation would need to dwell too much on fundamentals; or it may mean routinely paying for any book you need because the library at your institution does not carry them. These are not merely personal inconveniences but symptoms of a larger problem: American Studies has barely begun to explore the massive potential of taking its tools to work on something that has so far been left largely untouched but actually sits right in the centre of its Cultural Studies workshop. 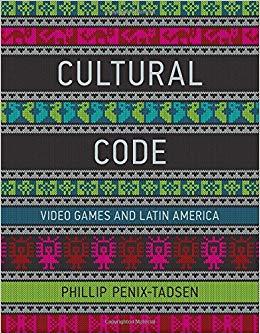 This is not meant to disparage the impressive scholarly efforts that started this process of integration—Randi Gunzenhäuser described video games as a ‘challenge to the sciences’ back in 2003—or work that consolidated it more recently, such as Michael Z. Newman’s Atari Age: The Emergence of Video Games in America, Phillip Penix-Tadsen’s Cultural Code: Video Games and Latin America, and John Wills’ forthcoming Gamer Nation: Video Games and American Culture. What I mean to stress here is that instead of perpetuating the myth that American Studies scholars working on video games do what no one else is doing, we need to find the communal in what still seems individual. We need to find ways to form a more coherent multiplicity of approaches that could have theoretical and methodological implications not only for the analysis of video games but also American Studies at large. The issue is not to create a monolithic ‘method’ but to discuss how video games may challenge current methods of American Studies, demand new methods, or reinvigorate methods that have fallen out of fashion. To achieve this feat, we must connect and consolidate individual and insular efforts.

But what may American Studies contribute to Video Game Studies—and vice versa? The answer to this question must be future-oriented, and a productive dialogue rather than a struggle for hegemony of interpretation must characterise this future. Aarseth wrote in 2001 that the ‘colonising attempts’ from literary and film studies would continue until ‘computer game studies emerges as a clearly self-sustained academic field.’ I believe that this is now the case, and that American Studies and Video Game Studies may now engage in dialogue without colonialist intent or suspicion thereof.

This is why Henry Nash Smith’s seminal essay ‘Can ‘American Studies’ Develop a Method?’ retains its contemporary relevance even though it is clearly rooted in a particular historical and intellectual context and merits contemporary critique in this regard. Nash’s most important point about the field then and now is that its methodology is ‘a kind of principled opportunism’ that ‘grows out of practice’ (207), inherently interdisciplinary and eager to revise its own theoretical and practical endeavours as necessary.

Not least due to one of these theoretical shifts, one major answer to the question of what American Studies has to say about video games that might not be said by other fields is the critical stance toward the construction of American culture in and through a global medium. American Studies helps us understand American culture not as a singular given and Americanness not as a unified set of properties, but it rather draws attention to the contested space of Americanness, its symbolic constructions and political implications, its ideologies, stories, histories and myths, its homogenisations and exclusions. Most importantly, American Studies highlights video games’ contribution to the imagination of a community with very real effects. Since postnationalist American Studies no longer assumes a singular American culture, its interest has shifted toward how American culture is constructed, invented, negotiated, and challenged, to what end this imagination occurs, and who gets to do the imagining under which material conditions.

Video games are a preeminent realm of cultural production in which all these processes are taking place, and they merit scholarly scrutiny and contextualisation as such. Transnational approaches have highlighted the necessity to understand such cultural processes beyond the limits of the national, and perhaps no other object of research demands a transnational framework as much as video games do, as they epitomise the glocal in their distribution on a global market with significant regional specificities. Therefore, the best way to study the role of video games in American culture and the role of American culture in and for video games is through an even-handed approach, taking neither as a unitary given but rather understanding them as truly mutually constitutive.

This piece is adapted from Sascha Pöhlmann’s introduction to his forthcoming edited collection, Playing the Field: Video Games and American Studies (De Gruyter, 2019).

White American Women in Paris and the Life of Literary Modernism
'Brings Back Some Memories': Textual and metatextual experiences of nostalgia in Twin Peaks: The Ret...
Zora Neale Hurston: Life and Works
The Praying Indians of King Philip’s War
Applying for Research Funding: Four Key Principles
Beyond the Refrigerator: Superheroines and Sexual Trauma as Disability
Resisting First Nations Stereotypes in banned YA Novel The Absolutely True Diary of a Part Time Indi...
Indian Affairs Under the Obama Administration – An End to Broken Promises?