We are delighted to announce that our third #USSOBOOKHOUR will be at 5.30 pm UK, 19  November 2020 with the well-known historian Gordon H. Chang.

He will discuss his new book, GHOSTS OF GOLD MOUNTAIN, which records a history of the Chinese workers who built the Transcontinental Railroad, helping to forge modern America only to disappear into the shadows of history until now. Gordon’s presentation is about the challenge of historical recovery of lived experience without documents from the subjects and the significance of the Chinese railroad worker story for American history.

Ghosts of Gold Mountain: The Epic Story of the Chinese Who Built the Transcontinental Railroad (Houghton Mifflin Harcourt, 2019) 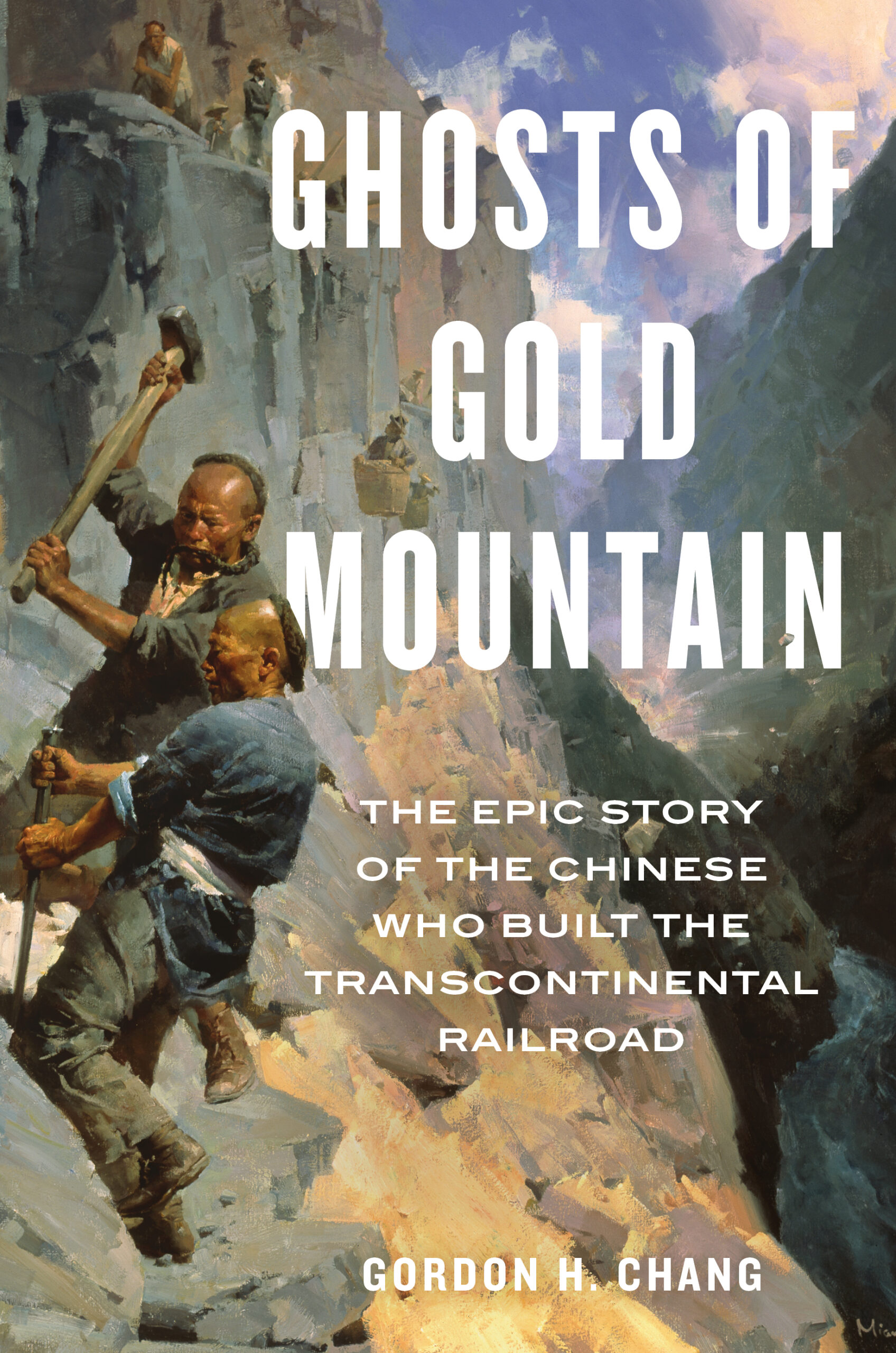 From across the sea, they came by the thousands, escaping war and poverty in southern China to seek their fortunes in America. Converging on the enormous western worksite of the Transcontinental Railroad, the migrants spent years dynamiting tunnels through the snow-packed cliffs of the Sierra Nevada and laying tracks across the burning Utah desert. Their sweat and blood fueled the ascent of an interlinked, industrial United States. But those of them who survived this perilous effort would suffer a different kind of death—a historical one, as they were pushed first to the margins of American life and then to the fringes of public memory.

In this groundbreaking account, award-winning scholar Gordon H. Chang draws on unprecedented research to recover the Chinese railroad workers’ stories and celebrate their role in remaking America. An invaluable correction of a great historical injustice, The Ghosts of Gold Mountain returns these “silent spikes” to their rightful place in our national saga.

“Gripping… Chang has accomplished the seemingly impossible… he has written a remarkably rich, human and compelling story of the railroad Chinese.”

“The lived experience of the Railroad Chinese has long been elusive… Chang’s book is a moving effort to recover their stories and honor their indispensable contribution to the building of modern America.” 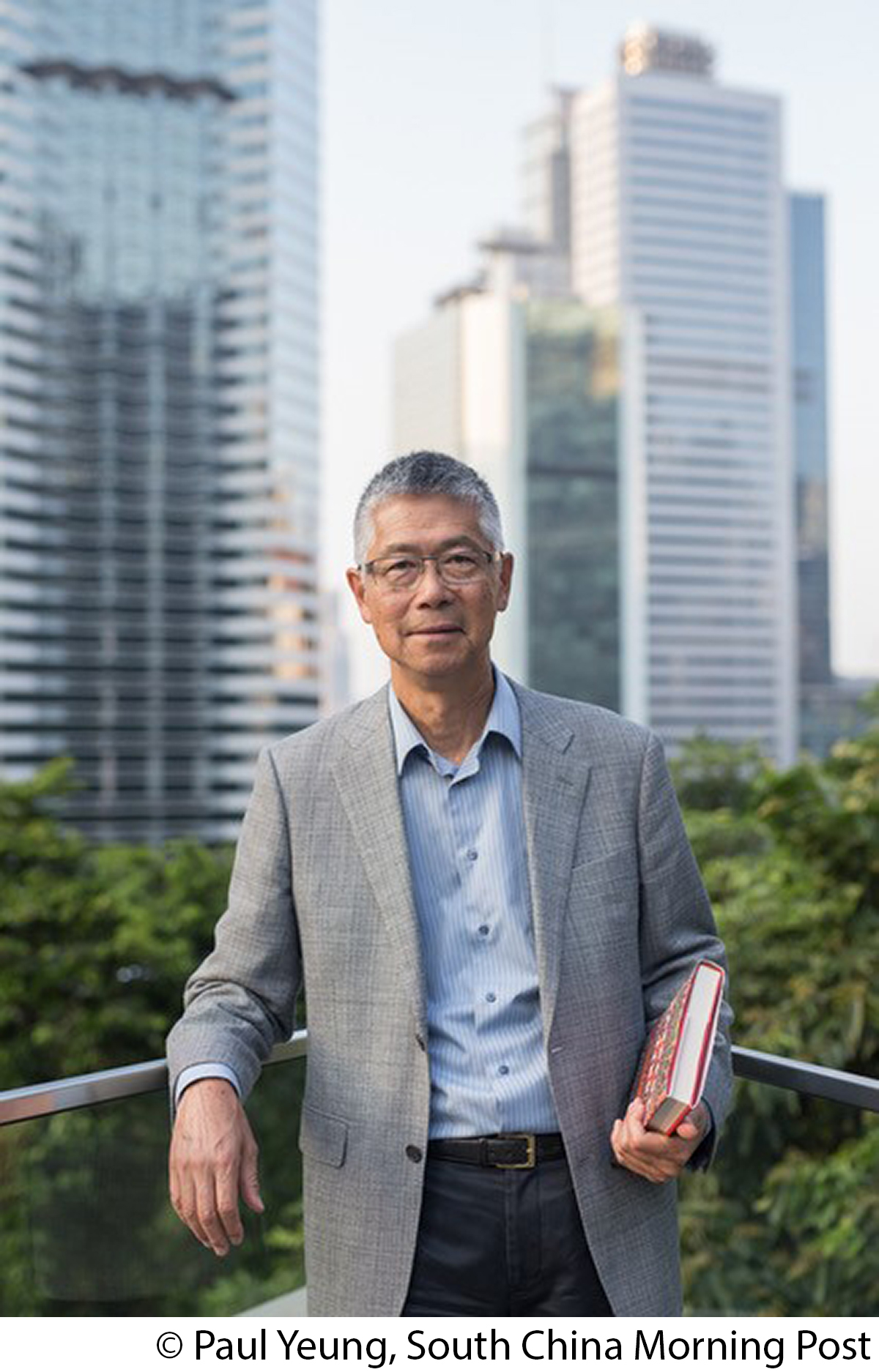 GORDON H. CHANG is the Olive H. Palmer Professor in Humanities, Senior Associate Vice Provost, and Professor of History at Stanford University. He also served as a founding director of Asian American Studies, a director of the Center for East Asian Studies, and codirector of the Chinese Railroad Workers in North America Project at Standford University.  He has written and continues to publish in the areas of U.S. diplomacy, America-China relations, the Chinese diaspora, Asian American history, and global history. His most recent books have examined the history of Chinese railroad workers in America in the 19th century. Chang is the author of many books, including Ghosts of Gold Mountain: The Epic Story of the Chinese Who Built the Transcontinental Railroad (2019), Fateful Ties: A History of America’s Preoccupation with China (2015), Morning Glory, Evening Shadow: Yamato Ichihashi and His Internment Writings, 1942-1945 (1996), and Friends and Enemies: The United States, China, and the Soviet Union 1948-1972 (1990). His (co)edited collections include The Chinese and the Iron Road Building the Transcontinental Railroad (2019), Asian American Art: A History, 1850-1970 (2008), Before Internment: Essays by Yuji Ichioka (2006), and Asian Americans and Politics: Perspectives, Experiences, Prospects (2002). He also coedited Caste and Outcast (2002)and contributed a biographical study in the republication of Dhan Gopal Mukerji. 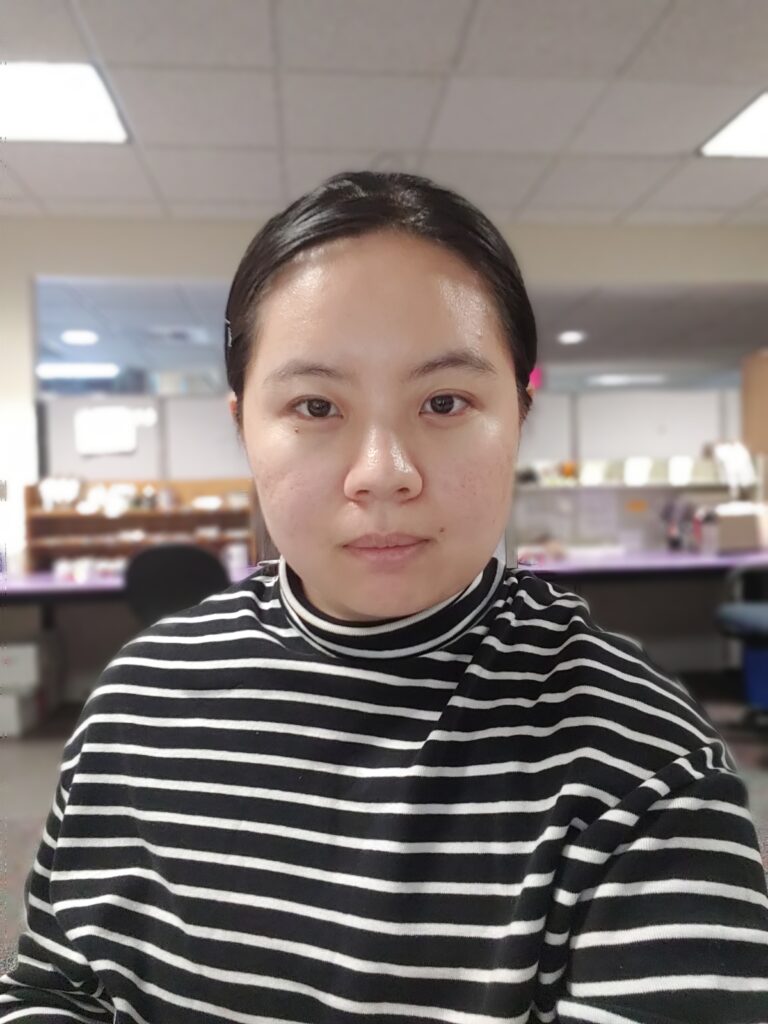 Haitao Wang (@HaitaoWang20) is a master’s student in American History at Tufts University. Her in-process research restores why and how the discussion about “Chinese question” was eclipsed while not interrupted by the Civil War throughout the mid-late 19th century in the U.S. By cultivating the subjugation of Chinese labor immigrants in the national-wide anti-coolieism sensation, Haitao brings up some changes in Republican ideology on labor contracting under challenges from Chinese “Coolies” who blurred the boundary between freedom and slavery. She takes the 19th-century Republicanism drastically reconstructed in both South and California, where the Chinese labors were recruited, despised, and queered. 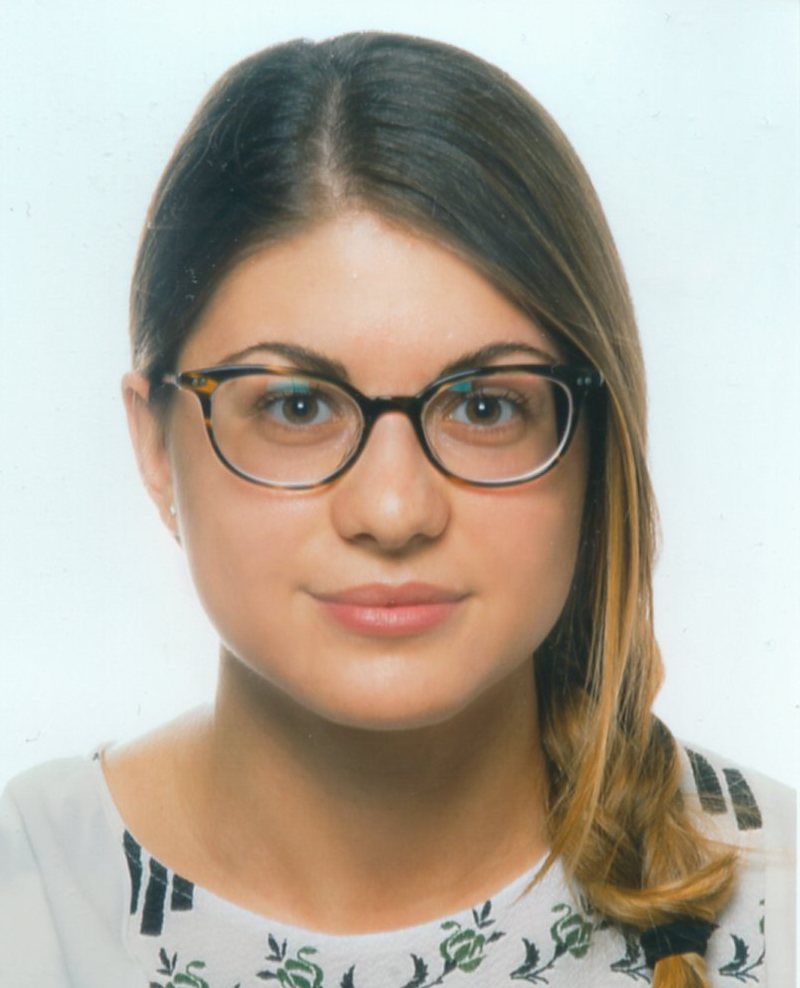 Flair Donglai Shi (施東來) is completing his PhD in English and Comparative Literature at the University of Oxford and has been working at Warwick University as Associate Tutor in Translation and Cultures since 2018. Based in the English Faculty, his thesis is entitled ‘The Yellow Peril Discourse in Anglophone and Sinophone Literatures and Cultures, 1895 to the Present: Mutations, Reactions, and Reincarnations’ and investigates “the Yellow Peril” as a traveling discourse in contexts as diverse as early 20th century England, Apartheid South Africa and post-Mao China and post-handover Hong Kong. His articles on the yellow peril and other postcolonial topics have been published in several academic journals, including Comparative Critical Studies, Women: A Cultural Review, and etc. His latest publication is the edited volume World Literature in Motion: Institution, Recognition, Location (Ibidem 2020).

Dr Harriet Stilley (@DrHStilley) is an early career researcher in late-twentieth and twenty-first-century American literature. Since receiving her PhD from the University of Edinburgh in 2017, she has held research fellowships at the University of Oxford’s Rothermere American Institute and Edinburgh’s Institute for Advanced Studies in the Humanities. She is the author of From the Delivered to the Dispatched: Masculinity in Modern American Fiction, 1969-1977 (Routledge) and has published widely in the fields of modern and contemporary American fiction, genre theory, critical race theory, and masculinity studies. Harriet is now in the process of completing her second monograph, titled Contesting Gender and Genre: Masculinity in Contemporary Asian American Crime Fiction, 1990-2020. Funded by a Sisters in Crime Academic Research Grant, this project draws together postcolonial and multicultural literature approaches to popular genre studies and will be the first work to critically examine the interrelations between Asian American literature and masculinity in terms of the crime genre. 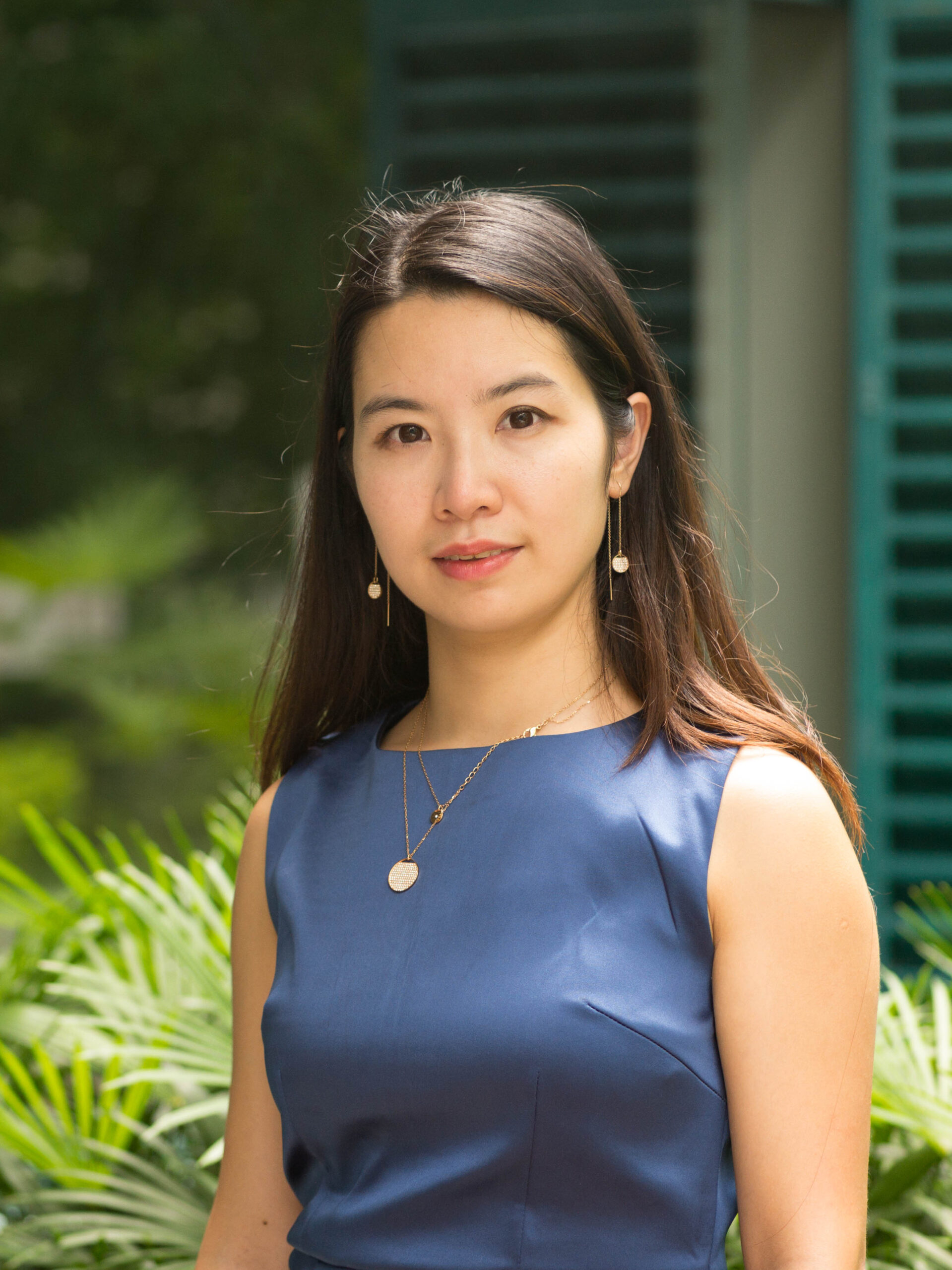 Dr. Melody Yunzi (@dr_melodyli ) Li is currently an Assistant Professor of Chinese Studies at University of Houston. She holds a PhD in Comparative Literature from Washington University in St. Louis, an MPhil degree in Translation Studies from the School of Chinese at the University of Hong Kong, and a BA in English/Translation Studies from Sun Yat-sen University, China. Dr. Li also was a visiting scholar at Harvard University 2015-2016. Her research interests include Asian American literature, modern Chinese literature and culture, migration studies, translation studies and cultural identities. Her current manuscript focuses on Chinese diasporic literature in the States from the 1960s to the present. She has published in various journals including  Pacific Coast Philology,  Telos and others. Besides her specialty in Chinese literature, Dr. Li is also a Chinese dancer and translator.