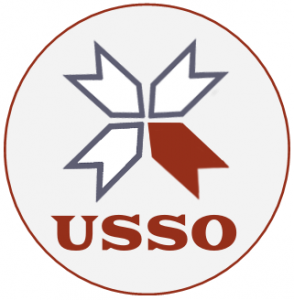 The editors of USSO stand unequivocally in support of the uprisings taking place across the United States. We support the efforts of our friends and comrades to abolish the police, to dismantle the carceral state, to end imperial violence and militarisation, to overturn racial capitalism, and to destroy white supremacy. We remember not only George Floyd, who was brutally murdered by officers of the Minneapolis PD on May 25, but also Breonna Taylor, killed by police in Louisville, Kentucky, on March 13; David McAtee, who was shot dead by Louisville police on May 31, and whose body was left in the street for 12 hours; and Ahmaud Arbery, who was murdered by Gregory and Travis McMichael while jogging in Georgia this February. We condemn such killings and mourn these victims of police and white supremacist violence. We remember, too, the many thousands before them, whose deaths have been sanctioned over and over again by a repressive and racist nation-state. And we condemn the call made last night by President Donald Trump to deploy the U.S. military against the people, an act of fascist aggression that will endanger the lives of millions. To those who remain silent as this ongoing assault on Black lives persists, we say: as long as there is no justice, there can be no peace.

We urge our colleagues in the UK to acknowledge that anti-Black violence is not solely an American problem. In the past 15 years, there have been 1700 deaths in police custody in the UK, a disproportionate number of whom have been Black and minority ethnic people. British police have killed Rashan Charles, Mark Duggan, Darren Cumberbatch, Edson da Costa, Adrian McDonald, Nunu Cardoso, Olaseni Lewis, Sean Rigg, Daniel Adewole, Trevor Smith, Julian Cole, Sarah Reed, Jermaine Baker, Sheku Bayoh, Kevin Clarke, Leon Briggs, Anthony Grainger, Kingsley Burrell, Jacob Michael, Mzee Mohammed Daley, Derek Bennett, Azelle Rodney, and countless others. We condemn these killings, and call upon British people to reckon with their nation’s past and present complicity in racist and imperial violence.

We recognise the perilous moment that we are in today, too, as the British government response to the Covid-19 pandemic has caused the deaths of Black people in disproportionate numbers. We call on the British government to release its report on Covid-19 and BAME groups immediately. Going forward, we must also resist any efforts on the part of the British state to use new track and trace technologies to surveil and punish Black lives and livelihoods in this country. We mourn Belly Mujinga, a London rail worker who died of Covid-19 on April 5 because she was spat on by a member of the public. The British Transport Police have denied that the attack led to her death.

We recognise that many British scholars, including readers of and contributors to this journal, as well as the editors themselves, work on race and draw on the field of critical race studies, but that American studies in the UK remains disproportionately white. We acknowledge our responsibility as academics to go beyond our scholarship and messages of solidarity and engage in anti-racist activism in tangible and meaningful ways, not only in our work — through our citational and hiring practices and our efforts to decolonise curricula – but in our daily lives, through protest, mutual aid, donations, and the amplification of Black voices. We cannot profit from the lives and histories of Black people and pretend that these political struggles are unrelated to the work we do in the present.

We urge readers of BAAS and USSO to donate what they can to bail funds across the United States. We welcome protests at US embassies in Dublin and London and encourage our members to support these demonstrations in their own cities and countries, while taking all necessary precautions against Covid-19. We ask British scholars and students alike to take proactive efforts to end all-white spaces in universities and at academic conferences.

We are committed to using our platform to highlight the work of our colleagues, as well as Black intellectuals and artists whose work many of us draw on in our research. This is an effort that must be long-term and continuous. It is not enough to keep making the same statements over and over in times of crisis. Our commitment to anti-racist struggle must be on-going.