Co-organised by current Craig Dobbin Chair of Canadian Studies Linda Morra and University College Dublin’s Director of Canadian Studies Paul Halferty, ‘Untold Stories of the Past 150 Years’ invited scholars to interrogate the narratives of Canadian nation and identity currently circulating in the context of the country’s 150th anniversary. The conference called for counter-narratives to the official record that ‘nuance and complicate’ received histories, attending in particular to the gendered and racialised omissions that often characterise state-sanctioned narratives. In this, the event took up a task that has been resonating with many scholars and intellectuals throughout the #Canada150 celebrations: reframing the sesquicentennial not as a moment of blind nationalism but as an opportunity for re-evaluation and re-envisioning. In a recent editorial for Canadian Literature, editor (and conference participant) Laura Moss referred to this role as being a ‘CanLit killjoy’, an adaptation of Sarah Ahmed’s concept of the feminist killjoy. Referencing this conference, Moss explained that, this year, ‘CanLit killjoys will need to be out in full force, pointing to gaps, highlighting exclusions, and telling ‘untold stories’ occluded by the celebratory narratives of the nation.’ And, rightfully, they were.

The conference was characterised by a balance between critiques of existing stories, recuperation of lost stories, and the proposal of new methods for the study and comprehension of deliberately excluded stories. Deanna Reder’s (Cree-Métis, Simon Fraser University) keynote lecture, ‘Not Simply Recovered, Read, and Told: Recuperating Indigenous Narratives,’ masterfully wove these threads together through her discussion of the collaborative research project ‘The People and the Text’, which proposes to both recover unstudied Indigenous texts and develop sophisticated and culturally relevant reading methods for them. Recovery, Reder reminded listeners, will always be an insufficient project if it isn’t accompanied by the development of methodological and institutional infrastructures, from our literary histories to our digital archives. 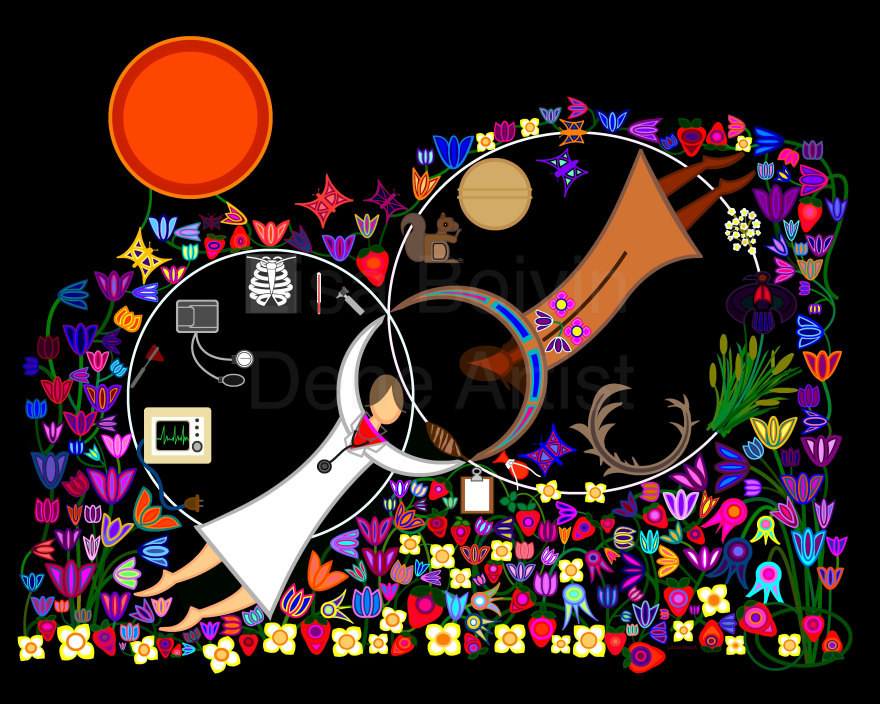 Other panels similarly worked to model how academic study can be re-envisioned by Indigenous intellectuals. For example, on the panel ‘Indigenous Aesthetics’ Deninu Kue artist Lisa Boivin (University of Toronto) used her paintings as a narrative thread through her discussion of Indigenous resilience from the perspective of bioethics, while Mi’kmaq poet Shannon Webb-Campebell (Memorial University), interwove poetry, personal narrative, and critical analysis to consider what it means to be an Indigenous poet without claim to status. Artist and author Shani Mootoo’s keynote lecture productively built on these ideas, considering what storytelling looks like from the perspective of ‘globally contested citizenships’, a viewpoint rooted in  her own fraught citizenship status in Canada, Ireland, and Trinidad. Mootoo argued that the Canadian publishing industry has been historically enamoured of the immigrant writer of Canada, who is compelled to work in the confessional mode, telling stories of absence, lack, and outsiderness. Yet access to publishing, no matter how compromised, breeds courage in writers to experiment and has led to a new moment in Canadian art and literature in which immigrant artists of colour are pushing back against these expectations, developing new artistic vocabularies of citizenship and belonging on Indigenous lands. Other opportunities to consider the value of storytelling arose during the conference reception, when participants had the honour of hearing from Indigenous storytellers Indigenous Oral Storytellers Maria Campbell (Cree/Métis), Sylvia Maracle (Mohawk), and Rene Meshake (Anishnaabe), in an event organized by Kim Anderson (Cree/Métis). 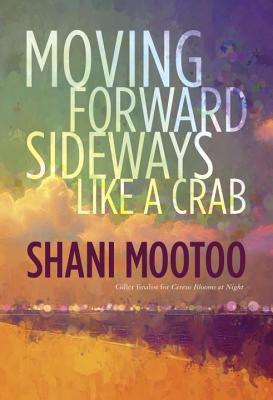 While many of the keynotes and panels were future-oriented, pointing toward new artistic modes and new critical methodologies, there was an equal emphasis on the recovery or reconsideration of histories and archives. The panel ‘Untold Stories of Canada and World Wars’ brought together papers on literary representations of WWI, WWII, and the Spanish Civil War, questioning how literature offers a counter-historical narrative capable of accounting for the real costs of war. Alan Filewod (University of Guelph), for example, detailed plays written by soldiers in the wake of WWII that offer anti-sentimental representations of trench life, challenging Canada’s official state memorialisation of Vimy Ridge. By recovering these plays, we recover records of soldiers’ experiences that bring to light the traumatic, rather than triumphant, nature of war. In the panel  ‘Indigenous Re/mediations’, Alix Shield (Simon Fraser University) offered an analysis of the many editions of E. Pauline Johnson’s Legends of Vancouver (1911) to argue for a different kind of historical intervention, not recovering forgotten texts but rather producing new editions that frame those texts differently, offering new opportunities for reading and study.

Perhaps unsurprisingly, given the focus on storytelling, this interdisciplinary gathering was dominated by scholars of literature, theatre, and film, though a wide range of disciplines was represented, including criminology, education, history, public health, and political theory. As a result, we were reminded that storytelling extends beyond arts and culture, taking forms as varied as public policy, criminal codes, university curricula, and health strategies. The panel ‘(Indigenous) Women, Violences, and Genres of Telling’ highlighted the wide-ranging impact of the stories we tell about violence against women. Algonquin, Métis, and Huron scholar Lisa Monchalin (Kwantlen Polytechnic University), introduced her discussion of violence against Indigenous women with a montage of sexualised representations of Indigenous women in popular culture, while Tanis McDonald (Wilfrid Laurier University) countered the untenability of women’s narratives of sexual violence within legal settings through a discussion of poetic narratives that don’t claim objectivity but demand empathy. McDonald’s concept of untenability offered an important counterpoint to the conference theme of untold stories, reminding us that many of the stories highlighted at this conference are not untold but rather unheard.

In curating a conference around the theme of that which is not told, the organisers set aims which were, by definition, impossible to meet. Any attempt to address the omissions that have characterised the study of Canadian literature, culture, and history will be marked by its own omissions. We might ask, for example, why there was only a single panel directly addressing Black Canadian literature and history; indeed, we should use this opportunity to consider how Canadian multicultural inclusiveness has historically been premised on anti-blackness. Rather than this impossibility being a failure of the conference, however, I consider it one of the event’s strongest features. By focusing on the unsaid, this conference sought to open up space for continuous retelling and reconsideration, refusing an authoritative accounting of what constitutes Canada’s past 150 years and insisting, instead, that the task of artists and scholars is to keep asking ourselves what remains unsayable.

Hannah McGregor is an Assistant Professor of Publishing at Simon Fraser University, where her research and teaching focuses on the histories and futures of print culture and new media in Canada. She is particularly interested in Canadian middlebrow magazines, podcasting as both self-publishing and public pedagogy, and the histories of structural racism in Canadian publishing. She is also the co-host of Witch, Please, a fortnightly feminist podcast on the Harry Potter world.
View all posts by Hannah McGregor →
Tagged  Canada 150, Canadian Literature, Canadian Studies, Citizenship, First Nations, National Identity, Storytelling.
Bookmark the permalink.