Home » Research » Politics » Trump and the Republican Party—Precessors and Limits

Trump and the Republican Party—Precessors and Limits 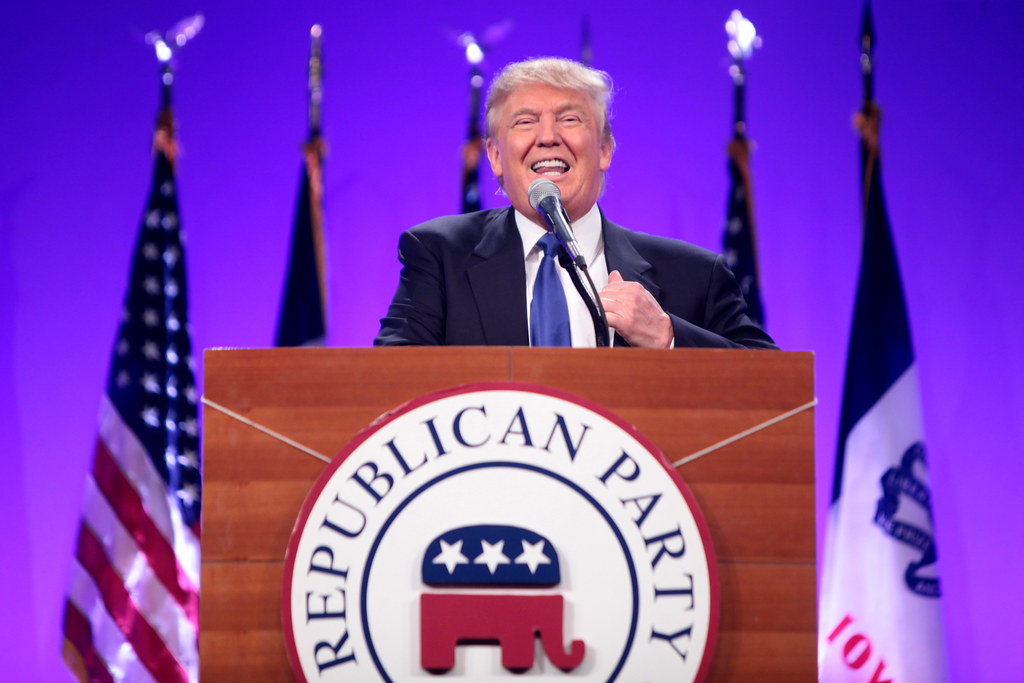 “Donald Trump” by Gage Skidmore is licensed under CC BY-SA 2.0

This article examines Donald Trump’s roots in the Republican Party, both in the popular backlash against immigration as well as more broadly. It also challenges the idea that Trump has developed an unusual degree of control over the GOP. Trumpism is both less new and less dominant than many narratives suggest.

The biggest predictor of Trump’s success, when he sought the Republican nomination in the 2016 primary, was support for restricting immigration. When cross-regressed against other factors, it was by far the strongest variable. The well-known demographic differences in his primary support were mostly a product of it. That is, less educated and less religious Republican voters were more pro-Trump than other Republicans largely because they were more strongly anti-immigration.

This anti-migration sentiment comes together in complex ways with racial sentiment. On the one hand, a strong sense of white identity seems to be linked to support for Trump, perhaps partly triggered by the prospect of whites becoming a minority. On the other hand, the ‘swing’ to him as Republican candidate was greater among voters who were not white Anglos than who were. Non-whites often worry about immigration too, and the Trump era has actually seen declining racial polarisation in voting. The last is one of the most neglected truths of the Trump era.

In benefiting from this wave of anti-migration sentiment, the Trump triumph reflected a sentiment that has long been strong among Republican primary voters and caused problems for GOP elites when the idea of President Trump was still a joke. Republican incumbents rarely lose re-nomination on ideological grounds. Those who do have frequently lost partly or wholly for being insufficiently restrictionist in regard to immigration, notably Eric Cantor, the number two Republican in the house in 2014. One striking example is that as early as 2008, Chris Cannon, one of the most conservative Republicans in the House, lost re-election to a candidate attacking him chiefly for being excessively pro-immigration. The Bush administration’s biggest Republican voter revolt was over an attempt to increase and amnesty immigration. The same pattern is true this year as two of the few house Republican incumbents who lost re-nomination lost in part due to having relatively liberal stances on immigration despite being endorsed by Trump.

Even at the presidential level, there were early signs of this impact. Several candidates strongly emphasising restricting immigration have done remarkably well in primaries. Two in particular massively outperformed expectations: Pat Buchanan, the runner up in the primaries in 1992 and 1996, and Rick Santorum, the runner up in 2012. Both took a strongly restrictionist position on immigration. In the case of Buchanan, this was part of a broader anti-globalisation push including hostility to most foreign intervention, free trade and many international bodies—all themes strongly echoed in Trump’s campaign and to a lesser degree in his presidential positions. It is thus no coincidence that Buchanan is one of the few people to whom Trump has ever apologised. The tradition sometimes described as ‘paleoconservatism’, combining protectionism, unilateralism, anti-interventionism and opposition to immigration was, pre-Trump, a consistent minority voice in the Republican Party.

Yet Trump, while careful to take socially conservative positions, is no religious right figure the way Buchanan was. For, if in part the heir to Buchanan, President Trump should also be seen as an archetypal Greater New York Area Republican of the last twenty to thirty years. This is a different tradition from the earlier, more clearly liberal New York political traditions that included as Governor of New York State, Nelson Rockefeller, and, significantly further to the left, Mayor of New York John Lindsay. The more contemporary New York Republican tradition is strongly concerned with crime and disorder, fervently pro-Israel and much more secular and less libertarian in tone than the national GOP as a whole. Trump’s connection to this tradition helps explain why its most politically successful recent leaders, Governor of New Jersey Chris Christie and, to lesser degree, former Republican Mayor Rudolph Giuliani, were among the earliest to express support for the Trump presidential bid. The strong early sympathy for Trump by key media figures, Roger Ailes, Sean Hannity and Judge Jeannie Pirro of Fox News, can also be seen as part of this ‘New York effect’. Indeed, without those elite sympathisers he might have failed to win the Republican primary.

President Richard Nixon was the last Republican president to easily carry New York State, the last to carry President Trump’s native borough of Queens and the first Republican president of Trump’s adult lifetime. President Trump is not only a fan of President Nixon, but his politics include many of the same themes: a coldly realist foreign policy, a wariness of new military interventions and a domestic policy that is anti-left, but largely uninterested in shrinking the size of government or promoting a vision of abstract morality. Even Trump’s focus on ‘law and order’ and his obsession with the threat of drugs fit more closely with President Nixon’s themes than any other president in Trump’s lifetime. His occasional flirtations with progressive moves and his reluctance to pay a price to achieve them are also reminiscent of Nixon. One can also suggest a causal connection: it is not surprising that Trump’s political views reflect in part those of the most successful Republican politician of his youth. Like Nixon, Trump has sought to build not an anti-statist conservative majority, but an anti-left one, and, like Nixon, it currently looks as if he will fail.

Whatever the origins, it is often said that President Trump’s grip on the Republican Party is so unusually strong it has become the ‘Party of Trump’. It is true that Republicans who have been identified as opposing Trump have been defeated in primaries, but the same has been true for decades of Republicans who are seen as opponents of the incumbent president; they have to reconcile with the president (as John McCain did in 2004) or retire. Moreover, Trump’s endorsements do not always succeed—the victory by Roy Moore in the 2017 Alabama Senate primary was won despite a Trump endorsement of his opponent.

What is different is that there is greater opposition to Trump among Republican elites than to other recent GOP presidents. For example, in 2004, among prominent Republican officeholders, Republican incumbent George W. Bush received opposition only from Senator Lincoln Chafee of Rhode Island (he wrote in the elder Bush instead). In 2006, Chafee nearly lost his primary, holding on by a narrow 53-47 margin, despite the strong support of Bush himself and overwhelming evidence that the Republicans would lose his seat if he lost the primary.

Nor has President Trump’s unusual willingness to intervene in primaries led to a particular death grip on the GOP elite, quite the contrary. In truth, his control over his co-partisans in Congress is weak. Two striking examples should suffice to show this. Remarkably, even whilst the Republicans held both houses of Congress, Congress failed to provide additional appropriations for his proposed ‘wall’ on the Mexican border. Similarly, President Trump has declared an intention to withdraw US forces from Afghanistan, yet a huge majority of House Republicans voted to restrict his ability to withdraw troops. Notably, this has happened even while Trump’s position is reasonably coincident with public opinion.

Nor is there anything like the shift on education policy among Republicans in the early 2000s, when the younger Bush moved congressional Republicans from supporting cuts to the federal role in education to overwhelmingly supporting a huge increase in federal education spending. Where Trump has broken with previous Republican orthodoxy, notably trade, there has been no such support for legislation endorsing his stands. This weakness can also be seen in his difficulty in filling executive posts, with his closest aides not obtaining jobs that require Senate confirmation.

In short, President Trump’s rise did not come out of nowhere, but rather reflects simmering discontent on the immigration issue among Republican voters. Ideologically, he is the heir to Buchanan, but also to Nixon, and represents a New York take on contemporary Republicanism. However, at best, among Republican voters he has the usual support, while among Republican elites he has much less. Any transformation of the Republican Party under, and by, Trump can be exaggerated; the difference between the GOP before and after his election is not so great.

Tom Packer is a Research Fellow at UCL’s Institute of the Americas. He is also an Associate fellow at the University of Oxford’s Rothermere American Institute in 2020-21. His research and teaching interests include US politics, elections, US Conservatism, and US history broadly defined. Previously, Packer has been a lecturer in US history at Oxford, a fellow in American Studies at both Warwick and the School of Advanced Studies (University of London), and a fellow in US Politics at Durham. His current research project is a study of Senator Jesse Helms and the politics of North Carolina.
View all posts by Tom Packer →
Tagged  Election Series 2020, Politics.
Bookmark the permalink.