Home » Reviews » Conference reviews » The U.S: A Society Without Classes? Conference Review of “How Class Works”

The U.S: A Society Without Classes? Conference Review of “How Class Works”

Despite the alleged absence of social classes in the U.S., a myth that dates back to the foundation of the country, it is all too common nowadays to come across alarmed reports concerning “the disappearance of the American middle class” and the unstoppable crisis of the working class, which is progressively becoming an elusive and indefinable entity. But then how do we define middle class and working class? Where do we trace the line between these two social groups? What do we know about their racial and cultural features? How, as historians and activists, can we interpret social classes as signifiers and intellectual devices used by people to describe themselves?

“How Class Works”, a biannual conference organized by the Center for Study of Working Class Life at Stony Brook and the Working-Class Studies Association, provided a lively occasion to consider these key questions. This year, the conference, held over three days, featured more than forty panels and three plenary sessions from speakers both outside and within academia. Professor Michael Zweig, the chief organizer of the conference, proudly announced that it was attended by more than 250 people from eighteen different countries.

The first panel I attended explored the white experience of race and class. In the first paper, Sean Ahern described the condition of growing racial segregation in the NYC public school system, and Jeffrey B. Perry gave a concise summary of the theories of historian Theodore H. Allen, author of The Invention of the White Race, a seminal text that offers historical explication of the roots of American racism. Tina M. Bampton (SUNY at Buffalo) focused on academia and showed, through a set of interviews made to undergraduate students, that white middle class people feel comfortable in the academic context, whereas white working class students have mixed feelings of pride and guilt for their academic status. Chris Cimaglio (U. of Pennsylvania) reconstructed the case of Macomb County, Detroit. Originally a solidly Democratic working class context, Macomb became the land of “Reagan Democrats” in the 1980s and was won back by Clinton in 1992. Cimaglio investigated the media coverage of these events, arguing that Macomb citizens became the ideal-typical white working/middle class demographic that, according to analysts, was key to winning the swing vote in the Presidential elections of the 1980s and 1990s. Finally, Andrew Levison discussed the argument of his book The White Working Class Today (2013), which rejects the idea that, structurally, the white working class is conservative by articulating a theoretical distinction between conservatism and cultural traditionalism.

A full talk by Jeffrey Perry and the article that inspired his paper on Theodore W. Allen can be found here.

The legacy of Tony Mazzocchi’s Labor Party was at the centre of the second panel of the day. Founded in 1996, the party was an attempt to represent political issues originating in labor circles all over the country. The party grew in the late 1990s but through the counterintuitive decision not to jeopardise the election of Democratic candidates, the party did not survive the death of his leader Mazzocchi in 2002. The panel, organized by Derek Seidman (Buffalo U.), summoned former militants of the party (Jennie Brown and Eddie Rosario) and the last chair (Mark Dudzic). The speakers discussed the mistakes of the party and contributed suggestions for a future labor party, such as the importance of having a strong party press to cover the distances of a big country like the U.S., the centrality of starting from a local dimension to organize a labor party, and the importance of waiting to be strong enough before putting forward political candidates.

The first day was concluded with the plenary talk given by Saket Soni, executive director of the “National Guestworkers Alliance” and the “New Orleans Workers’ Center for Racial Justice”. In an intense and moving talk, the young militant shared his experience as the organizer of the Indian underpaid imported workforce in the post-Katrina New Orleans and stressed the importance of abandoning old categories to analyse new circumstances: the globalization of the job market and the explosive request for flexible/temporary workers have revolutionized the reality of workers in the U.S. Soni closed his talk by underscoring the importance of theorizing and scientifically analysing the new circumstances. This, he maintained, is the starting point to create a truly transnational workers’ organization.

On Friday, the opening plenary session considered “The African-American Experience of Class.” Three short but carefully calibrated papers analysed three different aspects of the African American community. Fredrick Harris (Columbia University) focussed on respectability as a key element that has shaped the past and the present of the African American community. Spanning from the theories of B.T. Washington and W.E.B. Du Bois to recent news events such as the exclusion of a young black child from a public school in Oklahoma because of her hair style, Harris showed how respectability functions as a method to subtly undermine the requests for equal treatments for white and black people in society. Kris Marsh (U. of Maryland), drawing upon a study based on detailed statistical analysis, explored the emergence of a category normally underestimated in the surveys about black middle class, which she labelled as SALA (Single And Living Alone household). Taking into consideration the statistical data regarding the SALA, the black middle class is not decreasing as most scholars have argued. Finally, Rashaw Ray (U. of Maryland) read a fascinating paper centred on the role of social class identification for the white and black middle classes. He demonstrated that black people, despite having the same level of income, preparation and prestige score, are less eager to claim their status of middle class. Ray explained this as a “racialized middle class tax”, a race-based mentality (equally shared by white and black people) that condemns black middle class to a lower status as compared with their white homologous. Ray mentioned the example of house prices: on average, black middle class sellers earn less that whites for similarly valued houses.

These themes were further debated in the afternoon, albeit from a historical perspective. Andor Stoknes (Sage College) discussed the relations between organized labor and the black freedom movement in Baltimore between the 1930s and 1960s, arguing that the two went along harmoniously, which provided an alternative perspective to previous scholarly discussion. Traci Parker (U. of Chicago) unveiled the dynamics of segregation in 1960s department stores in the South, focusing on specific cases in Charlotte, NC, and reconstructed the progressive evolution towards a more disenfranchised situation during the decade. Muata Greene, in a short but incisive talk, focused on the importance of blacks’ self-consciousness and ethnic pride as the only means to achieve real emancipation in contemporary United States.

For the purposes of space, I will limit myself to mention only two more panels from this intense and enriching event. The panel “Representing Class” featured three rich and periodically diverse presentations that examined class in the Arts and Media. Francine Tyler (Long Island U.) reconstructed the history of a Gilded Age memorial and its connections with coeval relations of class; Sarah Attfield (U. of Technology, Sidney) critically analysed Australian TV shows about “bogans”, a pejorative term used to describe persons of unsophisticated background, usually members of the working class; Michael Saltzer (Oslo University) put forward a provocative interpretation of the series Breaking Bad, interpreting the show as a fulsome praise of middle class capitalist ideology.

Closing the conference in the panel “Exploring Class Consciousness”, Jeremy Sawyer (CUNY) compared psychological studies about working class and upper class members, stressing the potential positive sides of being a member of the working class, such as a marked easiness in social relations and a tendency to trust other people; Sylvia Hahn (U. of Salzburg), in a comprehensive and detailed paper, demonstrated how, despite decades of social-democratic government, universities in Austria are still “bastions of bourgeois values”; Matthew Kendrick explored class tensions behind the Astor Place Riot, a mob arising from a Shakespeare representation at the Astor Opera House in Manhattan in 1849.

“How Class Works”, in the very least, succeeded in demonstrating that “social class” is a key analytical category by which we may understand American society. Once disentangled from too binding politicized meanings, the concept of “social class” becomes a key instrument in the investigation of how society is organized, how it is evolving, and how people see themselves in it. But most papers were also clear in showing that class cannot be used in a too simplistic way: according to the research, the context, the time, its features need to evolve and constantly be verified to test their persistent validity in the situation analysed. Furthermore, unlike many exclusively academic conferences “How Class Works” maintained a careful balance between academic and non academic presenters. It promoted a fruitful exchange between traditionally separate worlds. The dialogue the conference fostered between activists, organizers and academics from all over the world meant the papers actively engaged with relevant and contemporary issues  and generated lively debate. The attention towards the world outside academia was also demonstrated during the gala dinner, where two Awards for Lifetime Contributions to Social Justice for Working People were conferred to Rosalyn Pelles and Fred Hirsch.  This, more than anything else, explains the key virtue of “How Class Works”: an event designed to not only comprehend the world, but to discuss feasible ways of improving it. 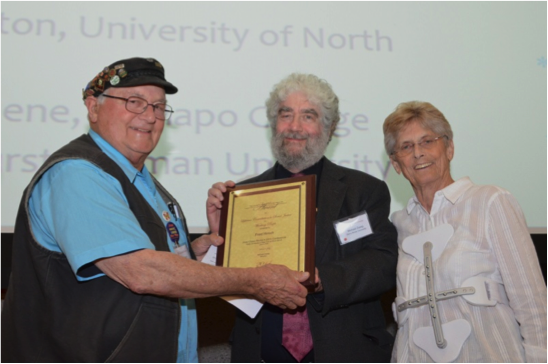 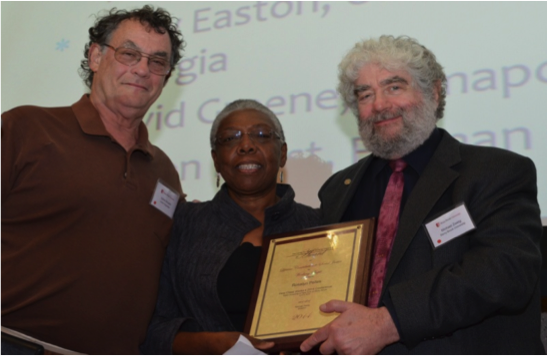 For those who want to know more about the conference, all the panels and plenaries have been filmed and will be available shortly on this website: http://www.stonybrook.edu/commcms/workingclass/hcw2014.html.

Lorenzo Costaguta is a PhD Candidate at the University of Nottingham. He works on socialism in the United States in late nineteenth century, with a specific focus on ideas of race and ethnicity. He holds an MA in History from the University of Turin and an MSc in Political Theory from LSE. He is an Articles Editor for 49th Parallel, an Interdisciplinary Journal of North American Studies and Associate Editor for the Italian blog www.ceraunavoltalamerica.it.
View all posts by Lorenzo Costaguta →
Tagged  American Middle-Class, American Working Class, C19, C20, Cultural History, Labour, Masculinity, Media, Politics, Popular Culture, Slavery, Soft Power, Television, The Suburbs, Transatlantic, Transnationalism, Whiteness.
Bookmark the permalink.