Throughout November 2015, U.S. Studies Online will be publishing a series of posts to mark Native American Heritage Month. In the second post, Edward Mair (University of Hull) discusses the “forgotten casualties” of King Philip’s War (1675-1676): the ‘Praying Indians.’ 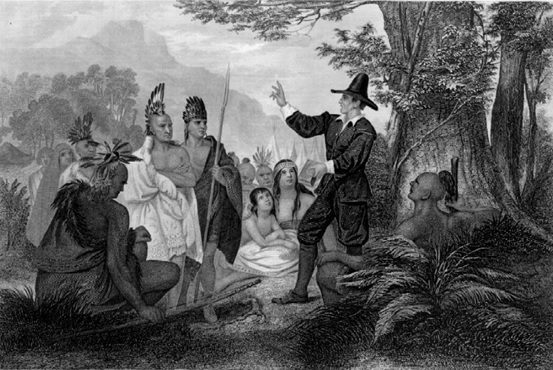 King Philip’s War, the destructive conflict between a confederation of Native American nations and the New England colonists, has rightly been seen as the war that transformed struggling British settlers into self-assured Americans. Through the hardships of conflict, settlers learnt how to fight back without the support of their ancestral home, and in the process, strengthen the European grip over America. Yet this was a baptism of fire, and Metacomet (the actual name of the war’s eponymous King Philip) and his army were not intent on handing over the reigns of North America without a fight. In the middle of this fierce conflict, we find those who felt the real brunt of the conflict, those that Daniel Gookin and John Eliot dubbed as the Praying Indians. Isolated, interned and demonised, the Praying Indians were given little support by the burgeoning Colonial press who saw all Indians as potential enemies, but there were some crucial exceptions to this rule. These Praying Indians, the forgotten casualties of the conflict, texture our understanding of the growing tenuous relationship between colonists and Native Americans.

The most complete piece of evidence we have on the Praying Indians is Daniel Gookin’s Historical Account of the Doings and Sufferings of the Christian Indians in New England in the Years 1675-1677, written to defend the Praying Indians of the Nipmucks Country who were being wrongly persecuted by New England forces, and being forced to live in harsh conditions on Deer Island. Gookin, a trusted missionary to the Indians, stands out from his contemporaries with this book, choosing not to label the Native Americans as the ‘Devils of Desperation’ or the committers of ‘barbarous inhuman outrages’, but instead highlights those Indians who were not deserving of this indiscriminate slaughter and defamation.[1] Gookin instead accuses the New England colonists as being the real savages, having seemingly been overcome by a ‘spirit of enmity and hatred’ for not realising that they were subjugating those who had ‘proved so faithful to the English interest’.[2] Whilst narratives such as Mary Rowlandson’s that emphasised and exaggerated the ‘savagery’ of the Indians took the attention of spectators, Gookin’s narrative attempted to redeem the image of the Amerindians.

‘An illustration published as the frontispiece in History of the Discovery of America by Henry Trumbull (1810).’ © CORBIS.

Through Gookin’s account, we learn of how these Praying Indians aided the New England colonists in their war effort. Most importantly, they acted as guides who could help the militias’ track their enemies through the formidable New England backcountry, a fact that other contemporary writers chose to selectively omit. To support this point, Gookin took the effort to include testimonials from New England soldiers, who attested to the Praying Indians that ‘carried themselves well, and approved themselves courageous soldiers, and faithful to the English.’[3] These ‘certificates’, as Gookin dubbed them, are enlightening accounts that show just how committed these Christian Amerindians were to the New England interest, reportedly taking prisoner and killing over 200 of King Philip’s forces.

Gookin was not the only one who was sympathetic to the Amerindians during the war. Also of note was the Reverend John Eliot, dubbed the apostle to the Indians, who had been working in converting the natives of Massachusetts for many decades before the war. Eliot shows a great degree of concern towards the praying Indians, writing in his diary, ‘When the Indians were hurried away to an iland at half an hours warning, pore soules in terror thei left theire goods, books, bibles, only some few caryed their bibles, the rest were spoyled & lost.’[4] Here Eliot is condemning the English relocation of the Nipmuck Praying Indians to Deer Island, showing further support for these silenced victims. Indeed, as Richard Cogley argued ‘Clearly, Eliot had a greater respect for the Indians’ intelligence and character than did his contemporaries, and he had a stronger sense of justice than they did.’[5] Yet the likes of Gookin and Eliot did not just write and privately sympathise with the natives, they fought for a more lenient policy towards the Praying Indians, and publicly opposed the action of enslaving native prisoners of war.[6] 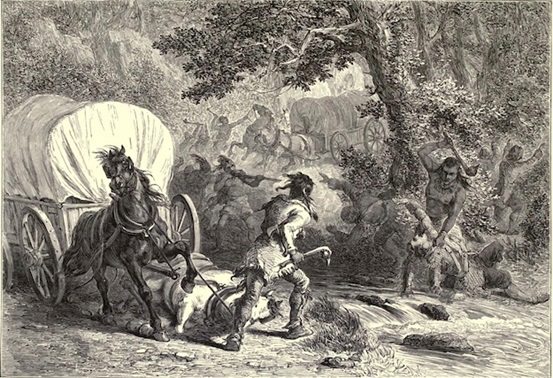 Nevertheless the views of those like Gookin and Eliot remained in the minority. New Englanders continued to see Praying Indians and those that fought for King Philip as one and the same. Even when these Amerindians were actively helpful to the New England cause they were never trusted by the colonists, with one anonymous writer commenting that ‘we trust them [Praying Indians] not, as knowing they wait a fit occasion against us.’[7] Furthermore, the accounts given by those like Hubbard and Mather were seen as the more realistic accounts of the war, with the native sympathisers like Gookin and Eliot being condemned for their idealism; this being seen in Benjamin Tompson’s dedicatory poem to Hubbard’s “Narrative”: ‘Their grand Apostle writers of their return, Williams their Language, Hubbard how they burn, Rob, kill and Roast, lead Captive, slay, blaspheme.’[8] The ‘Apostle’ is obviously in reference to Eliot, and Roger Williams was another native sympathiser, Tompson believing that both were not telling the truth of the native’s barbarity like Hubbard was doing. When summing up the failures of Eliot’s conversion cause, J. Frederick Fausz argued ‘By underscoring the depth of the puritans’ racial bias against even Christian Indians, King Philip’s War signalled the end of support for Eliot’s conversion efforts from colonists as well as potential converts.’[9] It is then evident that these sympathetic opinions towards the natives were in a great minority compared to the overwhelming feelings of animosity towards natives during the war. The fact that Gookin’s Doings and Sufferings wasn’t published until 175 years after it was written, as no publisher wanted to be seen supporting such opinions on the Amerindians at the time, is only testament to this fact.[10]

The role of the Praying Indians and that of their supporters who went to such lengths to defend them demonstrates how even in this time of total conflict between Europeans and Amerindians, there was evidence of some cultural synergy between the two peoples. Whilst contemporaries chose to believe the sensationalist writings of Mather and Hubbard, strengthening their distrust of Amerindians, Gookin and Elliot were a fascinating beacon of defiance in this time of persecution, putting their own reputations on the line to defend those Amerindians who had given New England the same courtesy. Gookin’s closing remarks in Doings and Sufferings are ones that remain quite telling:

There are many other things, that I might have recorded, concerning these poor, despised sheep of Christ…I do encourage my heart in God, that He will accept, in Christ, this mean labor of mine, touching these poor despised men; yet such as are, through the grace of Christ, the first professors, confessors, if I may not say martyrs, of the Christian religion among the poor Indians in America.[11]

Anon, ‘A Brief and true narration of the late wars risen in New-England occasioned by the quarrelsom disposition and persidious carriage of the barbarous, savage and heathenish natives there.’, (1675), Early English Books Online.

Hubbard, William, ‘A narrative of the troubles with the Indians in New-England,’ (1676) Early English Books Online.

Debo, Angie, A History of the Indians of the United States, (Oklahoma: University of Oklahoma Press, 1986).

Lepore, Jill, The Name of War: King Philip’s War and the Origin of American Identity, (New York: Alfred A. Kopf, 1999).

[1] Increase Mather, quoted in: Angie Debo, A History of the Indians of the United States, (Oklahoma: University of Oklahoma Press, 1986) p. 48; William Hubbard, ‘Narrative of the Troubles with the Indians in New England’, (1677) Early English Books Online p. 5.

[7] Anon, ‘A Brief and true narration of the late wars risen in New-England occasioned by the quarrelsom disposition and persidious carriage of the barbarous, savage and heathenish natives there.’, (1675), Early English Books Online, p. 6.

[8] Benjamin Tompson, ‘The elaborate Survey of New-England’s Passions from the Natives’, in: Hubbard, ‘A Narrative of the Troubles’, i: 24.

Edward Mair is a PhD Researcher at the University of Hull, studying biracial relations among the Florida Seminoles in the period prior to the Second Seminole War (1835-1842).
View all posts by Edward Mair →
Tagged  C17, colonial America, Early American History, History, King Philip's War, Native Americans.
Bookmark the permalink.