Home » Research » Culture » “The Greatest Infomercial in Political History”: A Presidency in the Age of Entertainment

“The Greatest Infomercial in Political History”: A Presidency in the Age of Entertainment 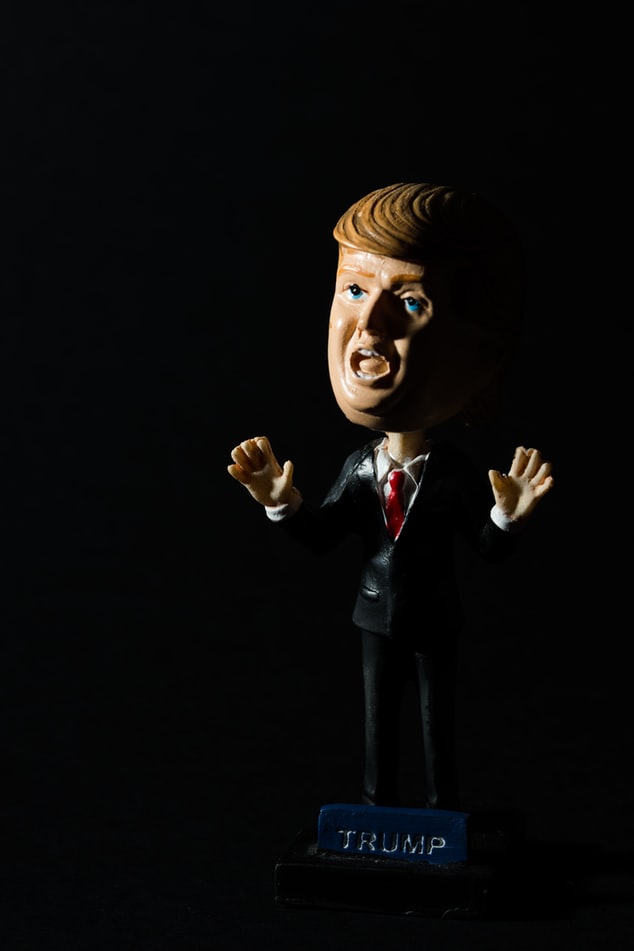 ‘Do me a favor. Do you paint houses too? What is this?’ asked House Speaker Nancy Pelosi in her final speech at the 2020 impeachment of Donald Trump.[i] By thus referencing Martin Scorsese’s 2019 film The Irishman, Pelosi likened the president’s language in his notorious phone call to Ukrainian President Volodymyr Zelensky to that of a mafia goon. This incident is symptomatic of a remarkable symbiosis: while Hollywood has consistently reflected on U.S. politics, American political discourses have habitually drawn on tropes made in Hollywood.

Hence, Trump’s reputation as a ‘reality TV president’ distracts from the fact that framing politics as just another form of entertainment is far from being exclusive to his governing style. To cite recent examples from the opposite political camp, 2021 impeachment managers announced ‘a fast-paced, cinematic case aimed at rekindling the outrage lawmakers experienced on Jan. 6’[ii]. And when asked to compare both Trump impeachment trials, 2020 lead impeachment manager Adam Schiff commented that ‘[o]urs might have been more the Ken Burns documentary, this might be more the HBO miniseries’.[iii] Even as this remark was delivered humorously, it reveals how used Americans are to making sense of politics through a cinematic lens.

Of course, the allure of show business and visual storytelling has been harnessed for political purposes at all times and across different cultures. But no other Western society has blurred the boundaries between entertainment and politics quite as enthusiastically as the United States. In contrast to other modern democracies, where political events like party conventions and inaugurations remain mostly sober affairs, in the U.S. they are studded with show business celebrities, entertainment segments, and snappy pop-cultural commentary. As such, it does not strike the American public as misplaced when a presidential candidate appears on a popular talk show to perform a few dance steps, like Barack Obama did in 2007 on the Ellen Degeneres Show. ‘I’m pretty sure I got better moves than Giuliani,’ is how he opened the interview in the runup to one of the most pivotal elections in U.S. history.[iv]

Already four decades ago, American media theorist and cultural critic Neil Postman was struck by his country’s penchant for superimposing the logic of entertainment onto political discourses. ‘Television is our culture’s principal mode of knowing about itself,’ he famously stated in his book Amusing Ourselves to Death (1985). ‘Therefore – and this is the critical point – how television stages the world becomes the model for how the world is properly to be staged.’[v] Postman argued that, from the 1950s, the impact of television on American culture caused a fundamental shift in the collective discursive mode away from the linear reasoning inherent to written text to disconnected soundbites and flashy imagery, ‘a species of information that might properly be called disinformation’.[vi] As a result, ‘Americans no longer talk to each other, they entertain each other. They do not exchange ideas; they exchange images’.[vii]

Thus, what has been labelled ‘Trump’s performative presidency’[viii] is neither an entirely new phenomenon nor an idiosyncratic attribute of a ‘populist discourse that caters to the emotional – rather than the rational – elements of human perception and interaction’.[ix] Instead, it is on track with a broader cultural trajectory towards an amalgamation of showmanship and policymaking. If Trump points to reviews and ratings as direct measures of political competence, opens press access to White House Cabinet meetings with the words ‘Welcome back to the studio’[x], and instructs his advisers ‘to think of every day of his administration as an episode of a reality show’[xi], he arguably only makes uncomfortably explicit what has been an implicitly accepted American default for a long time.

And while Trump’s appetite for being on camera seemed to exceed that of any other U.S. president, what made him stand out most was a qualitative difference, namely his unabashedly self-interested take on his office which he reportedly referred to as ‘the greatest infomercial in political history’.[xii] This personal promotion campaign in fact began decades ago, and it was Hollywood that served as Trump’s main PR machine. Against this background, the film industry’s relationship to Trumpism appears ambiguous. On the one hand, recent films such as Parasite (2019), Mank (2020), and I Care a Lot (2021) take a critical view of the cutthroat capitalist mindset that Trump represents. In these movies, the protagonists are trapped in a transactional societal logic that rewards ruthlessness and reduces the value of human beings to their financial status, so that the difference between failure and success often hinges on the willingness to prey on others. Even if Trump does not actually figure in the plotlines, the films entail a strong moral censuring of his America. On the other hand, his cameos in numerous movies and television series such as Home Alone 2 (1992), The Fresh Prince of Bel-Air (1994), and Wall Street: Money Never Sleeps (2010) have been key in consolidating his reputation as an all-American business legend and pop-cultural icon. In these productions, Trump notably appears as himself and is presented as a refreshingly irreverent go-getter – which is exactly the image that powered his political rise.

Although the funneling of pop-cultural popularity into political channels is a familiar pattern that includes such famous examples as Ronald Reagan and ‘Governator’ Arnold Schwarzenegger, in Trump’s case there is a crucial difference: While it is safe to assume that the American electorate was well aware that President Reagan was not the same person as Bedtime for Bonzo’s (1951) Professor Boyd, and that California Governor Schwarzenegger is not really a cyborg from the future, there is no clear separation between Trump the film character and Trump the magnate-turned-politician.

This lack of distinction also seems to apply to his self-perception. Revealingly, when the Screen Actors Guild moved to expel Trump following the breach of the Capitol by his followers, he preemptively responded with his own resignation. Dated 4 February 2021, and thus just days before the start of his second impeachment trial, his letter established that ‘I’m very proud of my work on movies such as Home Alone 2, Zoolander and Wall Street: Money Never Sleeps; and television shows including The Fresh Prince of Bel-Air, Saturday Night Live, and of course, one of the most successful shows in television history, The Apprentice – to name just a few!’[xiii] This curiously timed interlude may serve to illustrate how central his film and TV performances are to his self-understanding as a statesman.

One could argue that this mindset makes him a fitting representative of a culture in which ‘politics, religion, news, athletics, education and commerce have been transformed into congenial adjuncts of show business’.[xiv] Indeed, both Washington and Hollywood have contributed to priming America for his emergence as a political leader; while politics has been all too willing to let gaudy spectacle replace rational political debate, the film industry has propagated Trump’s image as a paragon of American prosperity, and in doing so celebrated the same aggressively capitalist mindset that it is now so vehemently disowning. Consequently, Trumpism is not a sudden aberration but rather a culmination of a pre-existing cultural condition. Coming to grips with it will not only require rethinking the general relationship between politics and entertainment, but also acknowledging the specific role that Hollywood has played in showcasing Trump as a prime example of American success.

Finding “Native America” in Jazz: The History of “Native Sound” in Jazz throughout the Decades
"Be broad, be bold and be aware": Review of the 2014 HOTCUS Postgraduate and Early Career Researcher...
Racializing “Muslims”: Constructing a Muslim Archetype
Review: ANZASA Conference (Part Two)
60 Seconds With Katie McGettigan
Youth Politics and Dispelling the Image of The Terrible Turk with Selma Ekrem’s Autobiography, Unvei...
Women's Emancipation in Mohja Kahf's 'Emails from Scheherazad' (2003)
Review: Horror, Cult and Exploitation Media II

After studying North American literature, Russian literature, and musicology at the University of Hamburg and UC Berkeley, Olga Thierbach-McLean earned her doctorate in American Studies at UHH. Her main research interests are in contemporary U.S. politics and particularly the intersections between politics and literature, in American Transcendentalism, the intellectual history of liberalism, and dystopian fiction. Currently, her projects are focused on the cultural appropriation debate as an aspect of American political exceptionalism and on the reimagination of the cyberpunk genre as social criticism. Olga Thierbach-McLean is an adjunct lecturer at the University of Hamburg.
View all posts by Olga Thierbach-McLean →
Tagged  Hollywood in the Age of Trump, Trump Administration.
Bookmark the permalink.