The Golden Years: Hollywood’s Fairy Tale History in the Age of Donald Trump 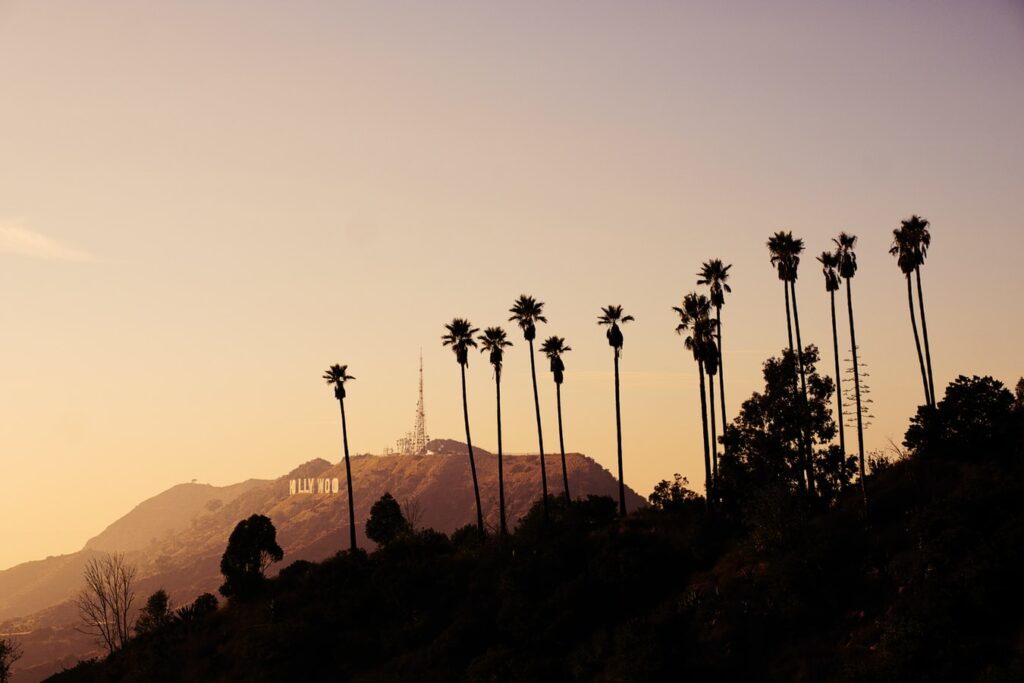 It is obviously not advisable to get your historical knowledge from cinema, but during the presidency of Donald Trump, this became more tempting than normal. The chance to not only escape from reality, but into a different version of it, was hard to resist, and two films served this purpose in distinct and explicit ways. Quentin Tarantino’s Once Upon a Time… in Hollywood and Martin Scorsese’s The Irishman (both 2019) allowed audiences to indulge in the fantasy of a different America. Despite few aesthetic similarities, they both presented alternate histories, representing oases of calm during the incessant media, and often real-life, spectacle of the Trump presidency. Hollywood allows us to imagine that the Sixties, with its music, sexual liberation, and good times (Tarantino is acutely aware that he is working within an established, simplified narrative) not only continued, but was able to absorb America’s reactionary elements with minimal disruption. It feels like a fairy tale, as the good guys get what they want, and the villains are punished in absurdly violent ways. The Irishman answers one of the great mysteries of American culture, by telling us who killed Teamster leader Jimmy Hoffa. Although the answer is in many ways unsatisfying, the resolution of the murder, and narrative coherence of the story behind it, helps us make sense of the crimes of powerful people, during a period in which Trump and his acolytes flouted their refusal to obey rules or norms at any and every occasion.

Janelle L. Wilson labelled nostalgia “a longing to recapture a mood or spirit of a previous time”, and Tarantino expresses this feeling throughout Hollywood.[i] Beginning with the old-fashioned Columbia Pictures logo, we move onto clips from the fictional cowboy show Bounty Law, in which central character Rick Dalton (Leonardo DiCaprio) starred. Because of the stylisation of appearance and dialogue, we know immediately that we are in a Tarantino film. Rick is washed-up, playing small villain roles and being driven around by Cliff Booth (Brad Pitt). He is out of place in the 1960s of hippies and method-acting children, but desperately wants to act in a film made by his new neighbour, Roman Polanski (Rafał Zawierucha), who has just moved into Cielo Drive with his wife, Sharon Tate (Margot Robbie).

Hollywood thrives on the tension caused by our knowing the “real” ending to the story – the Tate-LaBianca murders of August 1969, the reporting of which Joan Didion most famously called the end of the Sixties – “[t]he tension broke that day. The paranoia was fulfilled”, she wrote in “The White Album”.[ii] After building this tension, we are able to savour the prospect of the paranoia not being fulfilled – Manson’s assassins get the wrong house, and are murdered by Cliff and Rick. The film concludes with Tate inviting Rick to her house, and the gentle music that plays over the dialogue, along with the re-appearance of the title, reminds us that we have just experienced a fairy tale version of history.

The implications of the finale are far-reaching – given the cultural weight afforded to these murders, by erasing them, we are invited to imagine that the Hells Angels didn’t provide security for the Rolling Stones at Altamont, soldiers never fired on protestors at Kent State, and peace in Vietnam was achieved swiftly and in an orderly fashion. Rick, the old fashioned and reactionary version of America – he screams at hippies to get out of his driveway – gets to make films with a brilliant young director, Tate has her career and family, and everyone’s taste in music and clothes is impeccable.

Nevertheless, Hollywood does not refuse to invoke the paranoia described by Didion – news of the trial of Robert Kennedy’s assassin, Sirhan-Sirhan, and updates from Vietnam are heard on the radio throughout. Cliff, though charming, is capable of extreme violence, and it is suggested that he murdered his wife. His name even suggests this duality of glamour and violence in Hollywood – it could represent Lincoln’s assassin, John Wilkes, or his brother, Edwin, one of the finest actors of the 19th century. By closing with Cliff as a hero, Tarantino resolves this tension, and allows us to believe in a more uplifting version of history.

The Irishman differs in style to Hollywood, but it allows us to imagine a saner, more coherent world. The glamour of sun-drenched California is replaced by heavy suits, dark bars, and visible – if at times risible – aging and de-aging of the characters, especially Frank Sheeran (Robert De Niro) and Russell Bufalino (Joe Pesci). Based on Charles Brandt’s 2004 book, I Heard You Paint Houses, Sheeran is depicted as a close ally of mob boss Bufalino, as well as Hoffa (Al Pacino). The film follows Frank from his time in Italy in the Second World War, where he learned to follow orders, to his death in the early 21st Century. This long-form storytelling creates a harmonious aura, as if the post-war American experience makes sense and we know what really happened.

Reminiscent of several gangster classics Scorsese’s film is best compared to a subgenre that was at its peak when Hoffa was murdered in 1975: the paranoia thriller. Chinatown (1974), The Parallax View (1974), and Three Days of the Condor (1975) among others, suggest that there is an unknowable, or at best all-powerful, force that will inevitably conquer the interests of the individual. The Irishman inverts this by demystifying these forces, and solving two infamous murders: those of mobster Joey Gallo (Sebastian Maniscalco), and Hoffa himself, both of which Sheeran later took credit for. While Frank is not punished for these crimes specifically, he is a pathetic character by the end, having to select his own coffin and walk clumsily with two sticks. In a move that would have horrified Scorsese protagonists like Rupert Pupkin (The King of Comedy (1982)) and Henry Hill (Goodfellas (1990), he lives and dies like a schmuck.

The Irishman posits that crimes are solvable, that we can know the truth behind the scandals of public figures. We may not like the answers, and justice is not guaranteed, but at least we can get a coherent view of the world. Didion wrote that the period between 1966 and 1971 felt like “a story without a narrative”[iii], echoing the rise of postmodernism and breakdown of faith in grand narratives during this period. Placing Sheeran at the centre of key events of the American Century from the Bay of Pigs to Watergate, Scorsese provides such a grand narrative. It is not comforting, as his characters are violent, self-interested, and thin-skinned; however, it does suggest coherent reasons for how America drifted from the (largely mythical) consensus and selective prosperity of the 1950s and early 1960s.

As they both re-imagine the possibility of a different America, Once Upon a Time… In Hollywood and The Irishman are two of the most apt films for understanding the subliminal and liminal desires experienced under the Trump presidency. They suggest that America could not only have worked out differently, but that the world could be fair, or at least understood.

American Studies in Europe: Interview with Gözde Erdoğan, Hacettepe University, Ankara
Who’s Got the Power: Big Decisions Ahead of Super Tuesday
Storify of #bookhour chat on GOLD FAME CITRUS by Claire Vaye Watkins
'Brings Back Some Memories': Textual and metatextual experiences of nostalgia in Twin Peaks: The Ret...
A Woman’s Place is in the Resistance
Storify of our #bookhour twitter chat on GOD HELP THE CHILD by Toni Morrison
Review: American Historical Association Annual Meeting
An Epidemic of Presidential Ignorance: The AIDS Crisis and the US Presidency

Dr. Ciarán Leinster received his PhD in North American Literature and Culture from the University of Seville in 2019, with his dissertation entitled Postmodernism, or, the Changed Logic of Late Arthur Miller. He teaches at University College Dublin and Trinity College Dublin, has presented papers on various aspects of American literature and culture at conferences in four European countries, and is the producer and co-host of The Arthur Miller Society Podcast.
View all posts by Ciarán Leinster →
Tagged  Golden-era Hollywood, Hollywood in the Age of Trump, Quentin Tarantino.
Bookmark the permalink.