The Exhibit That Bombed: The Enola Gay Controversy and Contested Memory

In March 1994, a heated argument erupted over a planned exhibit at the Smithsonian Institution’s National Air and Space Museum in Washington DC. The exhibit, scheduled to open in the spring of 1995, the 50th anniversary of the end of World War II, would focus on the legacy of the atomic bombings of Hiroshima and Nagasaki. The centrepiece of the exhibit was supposed to be the restored Enola Gay, the airplane which dropped the atomic bomb on Hiroshima. The exhibit generated an outcry amongst veterans, members of Congress, and others who felt that it depicted the Japanese as victims in World War II and questioned the morality behind the decision to drop the atomic bomb. After five rewrites and nearly a year of intense argument between the museum, veteran organisations, and Congress, the exhibit was cancelled and replaced with a drastically scaled down and less graphic exhibit.

Unlike other instances of controversy surrounding historical commemoration in the US, such as the disagreements surrounding the creation of the Vietnam Veterans Memorial Wall, the Enola Gay exhibit could not be saved by a compromise.[i] The memory of the atomic bombing of Hiroshima, and of World War II as a whole, holds a very special place in the cultural psyche of America. A notion of World War II as being the ‘Good War’ prevails in American society. An America without that heroic image is unimaginable to the generation that fought the war, and to those in subsequent generations who have defined their lives by it.[ii]

Figure 2: The Vietnam Memorial Wall. The Three Soldiers statue, which was added later in response to the original wall, is in the foreground.

The importance of this image and this collective memory of the US cannot be underestimated. For veterans, collective memory was the same as historical reality. By contrast, curators at the museum based their right to interpret the past on their mastery of the source material, their academic degrees, and the advice they received from professional historians.

The exhibit exposed a stark contrast between how historians operate and the way most Americans view the past. Historians are constantly challenging received wisdom and established interpretations. Occasionally, however, the disjunction between the scholarly and public attitude to history is exposed with stark clarity, usually when an ongoing process of historical revision and reassessment focuses on an issue about which many citizens are passionate such as the bombing of Hiroshima and Nagasaki. This is especially true for that part of history encompassed by an individual’s lived experiences.

The problem with myths is that they cannot be refuted by facts. Discussions about facts and their importance are well suited for academic conferences and debates, but facts are not enough to make someone, in the case of the Enola Gay exhibit World War II veterans, from letting go of a story they have been telling, and have believed, for most of their lives. In this regard the Enola Gay controversy echoed earlier struggles in the so-called culture wars over who controlled American culture, who valued the American past, who deserved mention within it, and who controlled any federal action that touched on such matters.[iii]

In the 1994 mid-term elections the Republican Party swept to power and captured both Houses of Congress in what has been called the Republican Revolution.[iv] The culture wars were firmly on the agenda for many of the incoming Republicans who believed they had lost control of major cultural institution such as the press, the entertainment industry, universities, and museums.[v] The practice of professional history therefore soon found itself in the target sights of Republicans. 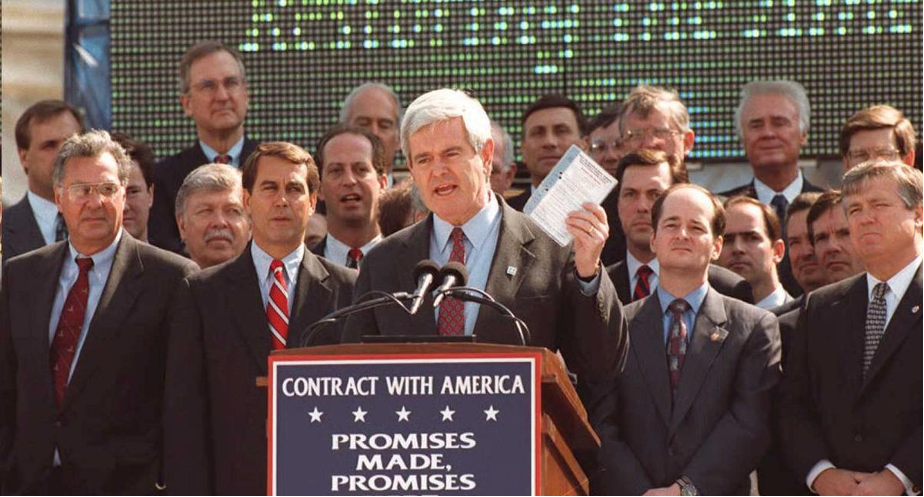 Figure 3: Newt Gingrich, the leader of the so-called Republican Revolution in the 1994 mid-term elections.

The Enola Gay exhibit was not exempt from the wrath of the newly appointed lawmakers: during the height of the controversy, the Senate passed a resolution submitted by leading Republican Senator Nancy Kassebaum which condemned the exhibit as revisionist and offensive to many World War II veterans.[vi] But Congress was not done there. On 20 January 1995, Congressman Gerald B. Solomon (R-NY), the chair of the House Committee on Rules, wrote to Martin Harwit, the director of the museum, and Michael Heyman, the newly installed Secretary of the Smithsonian Institution threatening to cancel the Smithsonian’s congressional appropriation if they did not bow to the demands of their critics.[vii]

This was followed four days later by a letter, signed by eighty-one members of Congress, calling for Harwit’s resignation and congressional hearings regarding the state of the Smithsonian. Under such political pressure the Smithsonian and the museum had no choice but to capitulate and on 30 January 1995 Heyman announced the cancellation of the proposed exhibit. Harwit resigned on 2 May, two days before the hearings in Congress started.[viii]

It is perhaps not surprising that the controversy ended the way it did. After all, the veterans could rally more political supporters in Congress than the museum or the historians ever could. The memories of veterans were used as ammunition by their allies in Congress in an attack on the practice of professional history and the tradition of academic freedom. The critics of the exhibit passed themselves off as defenders of historical truths, which they equated with traditional American patriotism. Denouncing the curators for promoting a political agenda, they demanded complete capitulation to a point of view that was itself frankly political and represented the interests of particular groups.[ix] In the case of the Enola Gay exhibit, Congress laid down an official historical line and demanded the firing of any curator or museum director who did not toe to it.[x]

The Enola Gay controversy should therefore be seen as a public policy battle in which objective evidence and rational discussion were given up in favour of bigoted treatment of differences based on powerful emotions. This failure to resolve the controversy in a constructive manner had serious ramifications for the practice of professional history in the US, as well as the discourse of politics. Following the controversy, museums and curators became increasingly cautious of any topic that could be seen as controversial and other issues of the culture wars became highly emotional affairs and treated with the same disdain for facts and discussion that the Enola Gay exhibit was. The culture wars may thus be more clearly seen as a pervasive denial, at least in the US, of the existence of objective evidence. Arguments are no longer settled on rational grounds or through compromise. Instead, emotions carry the day over reason and compromise.

“You Think I’m Joking”: The Weaponized Comedy of President Obama’s Stand-up Addresses at the White H...
Review: 'Legacies and Lifespans: Contemporary Women’s Writing in the 21st Century'
The Transnational as Civil Obedience
Book Review: 'Who Rules the World?', by Noam Chomsky
Storify of #bookhour chat on BLACK DOVE: MAMA, MI'JO AND ME by Ana Castillo
Deconstructing ‘Uncle Tom’ Abroad: The Case of an American President
Review, 'An American Toy Story'
In The Fields Of Democracy: The Midwest In World War I

Dr Mattias Eken is a Quality Assurance Officer and Adjunct Assistant Professor in the School of Liberal Arts at Richmond, the American International University of London. His areas of expertise include 20th century US political and cultural history, the history of nuclear weapons, and the US culture wars. He is currently researching the development of the term weapons of mass destruction. Dr Eken received his PhD in Modern History from the University of St Andrews in 2019. He also holds an MA in War Studies from Kings' College London (2014) and a BA in History from the University of Wales, Trinity Saint David (2011).
View all posts by Mattias Eken →
Tagged  Aviation History, Memorials and Popular Memory Series.
Bookmark the permalink.