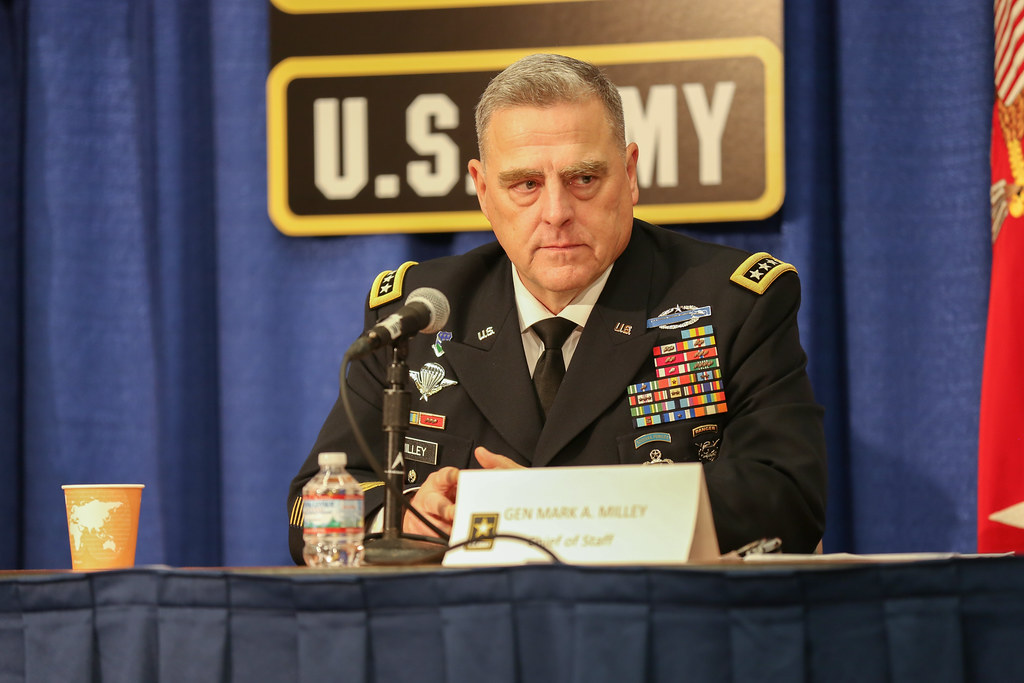 On September 28th 2021, General Mark Milley, US Chairman of the Joint Chiefs of Staff, testified before the US Senate Armed Services Committee regarding the end of US military involvement in Afghanistan. The general responded to Senator Hawley’s question on the evacuation of US citizens: “Strategically, the war is lost. The enemy is in Kabul so you have a strategic failure while you simultaneously have an operational and tactical success by the soldiers on the ground.”[i] Admitting defeat for the US military, Milley nevertheless recognized the successful evacuation of over 100,000 people from Afghanistan on US aircraft. The conflicting notions of defeat and success evident in Milley’s testimony speak to a broader uncertainty about the developing shape of US foreign policy.

Biden’s advisors at the White House, along with the top brass, knew that the Afghan armed forces would likely collapse without US support, however the speed with which the Taliban took the provincial cities and then Kabul surprised almost all of them.[ii] Many of the advisors, including Milley himself, recommended that Biden keep a residual force in the country to maintain intelligence capabilities and sustain the Afghan military and state, but Biden carried out the peace agreement which the Trump administration had negotiated with the Taliban, committing to draw troop levels down to zero by September 11, 2021.[iii]  An isolationist trend, manifest in the withdrawal from Afghanistan, distinguishes Trump and Biden’s foreign policy from the broad trend of their predecessors.

US foreign policy across Republican and Democrat administrations over the past seventy-five years has supported the consensus which formed among the Western allied powers in the aftermath of World War II. Known today as liberal internationalism, this consensus was founded upon the principles put forth in the Atlantic Charter, a joint declaration signed in August 1941 by US President Franklin D. Roosevelt and British Prime Minister Winston Churchill.[iv] Since the end of WWII, the US advanced these principles, however imperfectly, through international engagement and leadership, giving rise to a period of peace and prosperity known as ‘Pax Americana’. The global system sustained through liberal internationalism, described by John Ikenberry as a system “organized around economic openness, multilateral institutions, security cooperation and democratic solidarity”, constitutes a set of norms, values and rules which have been enshrined in multilateral institutions such as the United Nations as well as in the implicit expectations established through repeated modes of interaction between nation states.[v]

Trump initiated a drastic shift in foreign policy from the internationalist approach of his predecessor to an isolationist approach. Obama’s administration led negotiations of the Paris Climate Agreement, the Joint Comprehensive Plan of Action (JCPOA), and the Trans-Pacific Partnership (TPP). These multilateral diplomatic achievements stand in stark contrast to Trump’s transactional approach to foreign policy. Trump withdrew the US from each of these agreements, while pressuring European allies and Japan to pay more for US security guarantees. As part of the pressure campaign, Trump declined to affirm Article V of the NATO alliance, the mutual defense clause stating that an attack on one member is an attack on all; and on July 29, 2020, his administration announced that it would be withdrawing 12,000 troops from Germany, because “they [Germans] are not paying their bills.” [vi]; [vii]  On the economic policy front, too, Trump shook-up long-standing relations with the US’ largest trading partners. He imposed protectionist tariffs on the European Union, Canada, and Mexico of twenty-five percent on steel imports and ten percent on aluminum imports, arguing that these products are vital for US national security and must be produced in America.[viii]  These isolationist policies have begun to erode several core tenets of liberal internationalism, including its entrenched security and economic arrangements.

Biden has not proven himself to be fully committed to resurrecting Obama-era diplomacy. For one, he has not entered the Comprehensive and Progressive Agreement for Trans-Pacific Partnership (CPTTP), the trade deal which the remaining signatories of the TPP negotiated after the US withdrew in January 2017. Furthermore, Biden has kept Trump’s punishing sanctions on Iran in place, while pressing the Iranians to come back into compliance with their end of the Nuclear Deal. Consequently, indirect talks in Vienna between the US, Iran and the other JCPOA signatories have stalled, with Iran insisting, against US wishes, that sanctions be lifted before they return to compliance.[ix] On the other hand, Biden has rejoined the Paris Climate Agreement; referred to the NATO alliance as a “sacred obligation”; and froze the withdrawal of troops from Germany.[x] While he has not rejoined the CPTTP because of disagreement within his party, the Biden administration is charting out a diplomatic initiative with Asian countries, albeit one that is less ambitious than the TPP: a digital trade deal. [xi]; [xii] On immigration, Biden differs further: along with increasing the refugee cap set under Trump, he has called on Congress to pass legislation to support a path to citizenship for undocumented immigrants, also known as Dreamers, who received temporary legal status under the Obama-era program titled Deferred Action for Childhood Arrivals (DACA).[xiii]; [xiv]

Similar to Trump, though, Biden has shown his willingness to act unilaterally, even neglecting his European counterparts with regard to security policies as critical as the withdrawal of troops from Afghanistan.[xv] On trade, only recently has he made a deal to ease Trump’s tariffs on steel and aluminium from the European Union.[xvi] Moreover, Biden has taken an aggressive posture toward China on both trade and security policy. Rather than repeal Trump’s tariffs on China, the Biden administration plans to pressure China to live up to the obligations it made in the trade deal negotiated with the Trump administration. [xvii]; [xviii] Additionally, the Biden administration secretly negotiated a nuclear-powered submarine trade deal with Australia to counter China’s influence in Asia, enraging Macron’s administration, which had already struck a deal with Australia to supply them with conventional submarines. [xix] And like Trump, Biden affirmed the US’ commitment to the defense of Taiwan.[xx] Needless to say, Trump’s “America First” brand of isolationism has had a lasting impression.

The US’ military defeat in Afghanistan has highlighted a recent shift to a more isolationist US foreign policy, which could undermine the post-WW2 consensus known as the liberal international order. Trump initiated this shift (albeit while taking an increasingly hawkish position on China). He broke with some of the economic and security arrangements which have been at the forefront of US foreign policy for the past seven decades. However, Biden has not proven himself ready to further US interests within past multilateral frameworks. While taking a similarly hawkish position on China, Biden seems intent upon advancing US interests even if it comes at the cost of well-established partnerships and alliances. It remains to be seen the extent to which the US will sustain the international system it created, through multilateral institutions, treaties, and trade.

[vii] Stewart, Phill and Ali. “US to Withdraw About 12,000 Troops from Germany but Nearly Half to stay in Europe.” Reuters. July, 29, 2020. https://www.reuters.com/article/us-usa-trump-germany-military/u-s-to-withdraw-about-12000-troops-from-germany-but-nearly-half-to-stay-in-europe-idUSKCN24U20L.

[xiv] Statement by President Joe Biden on DACA and Legislation for Dreamers. Statement and Releases. The White House. July 17, 2021. https://www.whitehouse.gov/briefing-room/statements-releases/2021/07/17/statement-by-president-joe-biden-on-daca-and-legislation-for-dreamers/

Spaces of Empire: Two Early Modern Views from both sides of the Atlantic
60 Seconds with Maria Elena Carpintero Torres-Quevedo
Trauma, Code and 9/11: Reading Vulnerability in a Digitized Present
The Death Dance: the Pickwick Club Disaster in Boston, 1925
White American Women in Paris and the Life of Literary Modernism
60 Seconds with Anna Maguire
Fear Itself: Reflections on Native America and the Narrative of Fear
The Indentured Atlantic: Bound Servitude and the Literature of American Colonization (Part Two)