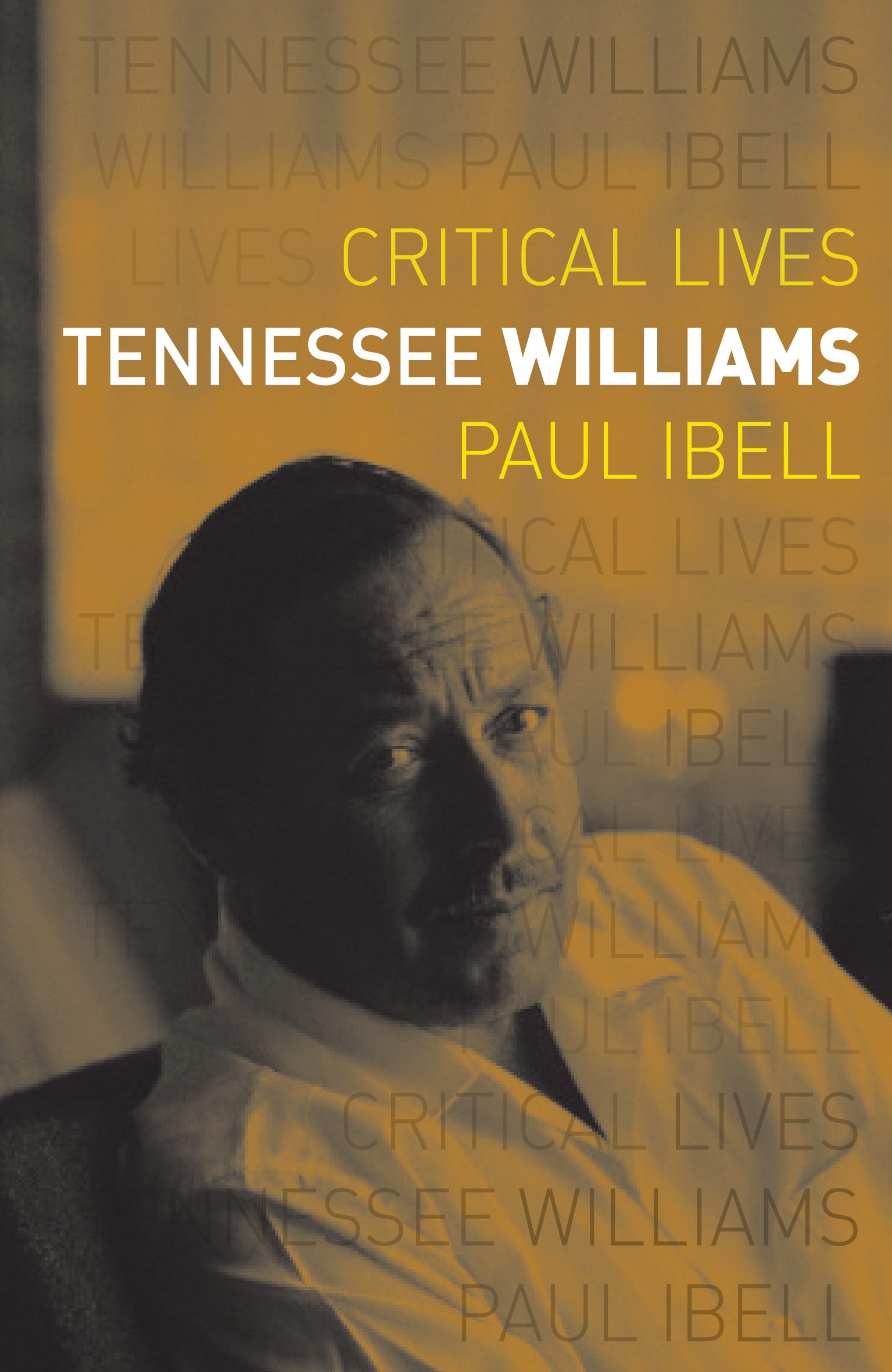 Paul Ibell’s Tennessee Williams, part of Reaktion’s Critical Lives strand, provides a thorough, well-balanced overview of Williams’s life; it is a solid, well-considered addition to the biographical materials available on its subject, one of the foremost contributors to the American theatrical canon. Spanning just over 180 pages, Ibell explores three central aspects of Williams’s life-story: his tumultuous familial upbringing; the centrality of homosexuality and gender dynamics to his work; and the sharp, irreversible decline he experienced from the mid-1960s through to his death in the early-1980s, a decline punctuated by his fraught, painful relationship with his critics. Ibell emphasises Williams’s near-universal appeal with audiences, an appeal which rests upon the undeniable brilliance of three masterworks of his early- and mid-career: The Glass Menagerie (1944), A Streetcar Named Desire (1947), and Cat on a Hot Tin Roof (1955). The enduring power and popularity of these plays leads Ibell to describe Williams in his introduction as ‘the poet laureate of life’s failures: the moths whose wings were fatally burned’.[i] Ibell makes much of Williams’s preternatural ability to tap into humanity’s shared, common experience of tragedy, which both explains Williams’s enduring appeal, and is also inextricably related to Williams’s own family life and upbringing.

In the early chapters of Tennessee Williams, Ibell skilfully outlines the factors within Williams’s home-life that contributed to the composition of his early theatrical output. Ibell’s approach validates Williams’s opinion that ‘The impulse which generates a new piece of work reflects the emotional climate in which you exist’.[ii] At the center of his ‘emotional climate’ were his father, mother, and sister. Williams’s father, Cornelius Coffin Williams (who, as Ibell points out, ‘believed his oldest son to be a failure’ [14]), served as the inspiration for ‘Big Daddy’ Pollitt in Cat on a Hot Tin Roof and, perhaps more pertinently, Cornelius McCorkle in his final, rarely performed comedy, A House Not Fit to Stand (1982). Williams’s experiences with his flighty, eccentric mother, Edwina, are mirrored in the interplay between the long-suffering matriarch and faded Southern Belle Amanda Wingfield and her ‘selfish dreamer’ of a son, Tom, in The Glass Menagerie.[iii] Indeed, the biographical resonances of Williams’s life extend to Williams’s mentally ill sister Rose, who Ibell describes as ‘a source of material for Tennessee’s plays and … clearly the model for the character of Laura, the damaged young woman in … The Glass Menagerie. She was also partly the inspiration for Blanche in A Streetcar Named Desire. In fact’, Ibell reveals, ‘there is a character called Rose in almost every one of his plays, as if every example of his art were in some way a tribute – or an apology – to her’ (23-25). Ibell’s early chapters, therefore, expertly establish Williams’s penchant for transforming the biographical elements of his life into plays which have endured throughout the years and which will continue to do so as time goes by.

Ibell also emphasises the importance of Williams’s homosexuality, seen most clearly in his fourteen-year relationship with Frank Merlo, and also in his ‘countless casual affairs, one-night stands, and quick, sweaty encounters’ (53). Ibell argues that sexual matters underpin all of Williams’s major works, ranging from the necessity of finding Laura a suitable gentleman caller in Glass to Blanche’s promiscuity leading to her banishment from Laurel in Streetcar; or Lady’s star-crossed attraction to Val in Orpheus Descending (1957), through to Sebastian’s repressed homosexuality and his savage, untimely death in Suddenly Last Summer (1958). Living and writing during much of the twentieth-century, at a time when homosexuality was outlawed throughout much of the United States, Williams invariably had to perform acts of self-censorship while portraying same-sex relations on-stage. The muted revelation of Allan Gray’s sexuality in Streetcar, or Brick and Skipper in Cat, which Williams once termed as ‘obviously … a sublimated homosexual relationship’ [1988, 48], serve as key examples of this tactic. Ibell rightly describes sexuality in Williams’s work as ‘dangerous, with a real risk of violence and sudden, shocking death’ (53). As such, Ibell usefully highlights the (self-)destructive impact that homophobia and misogyny had upon Williams’s life, the portrayal of his characters, and American society more generally.

Much of the latter half of Tennessee Williams outlines the prolonged critical maulings that Williams suffered after his last great masterpiece, The Night of the Iguana (1961). Ibell describes Williams’s ‘self-worth’ as being ‘dependent on the way his work was received’: ‘ahead of him were twenty years of increasingly bruising failure’ (100). One of the primary strengths of Ibell’s work is the fascinating way in which he establishes Williams’s latter-day failure as an inevitable and, perhaps, even fated occurrence, awaiting him in the wings of his life. Ibell makes constant reference to Williams’s critical failures throughout the book, oftentimes as a sharp counterpoint to the ‘streetcar named success’ Williams experienced early in his career from the late-forties through to the early-sixties. Ibell poignantly communicates Williams’s feelings of disillusion and despair during the last years of his career, especially the ‘particularly discouraging’ fact ‘that the critics are always comparing you to yourself … They’re always comparing everything I write to Streetcar or Cat’ (1988, 41). As is the case with the Critical Lives series as a whole, the purpose of Ibell’s book is not to supersede, for example, John Lahr’s Tennessee Williams: Mad Pilgrimage of the Flesh (Bloomsbury, 2014), which Ibell aptly describes as ‘magisterial’ (54). Nonetheless, Ibell’s account of Williams, this most poetic, sensitive, and beloved of American playwrights, is a worthy starting point for students, thespians, dramatists, and general audiences to discover more about this wild hearted son of Columbus, Mississippi.

[i] Paul Ibell, Tennessee Williams (London: Reaktion Books, 2016), 11. All further references to this work are incorporated into the text.

[ii] Jere Real, ‘An Interview with Tennessee Williams’, Southern Quarterly, Volume 26, Issue 3 (Spring, 1988): 41. All further references to this work are incorporated into the text.

Review: The US and Us: American History in Britain in the Twenty-First Century
Review, 'An American Toy Story'
Mission (almost) accomplished: Trump, Hillary, and parties in transformation
Trump and the Republican Party—Precessors and Limits
To Protect the Innocent: Does Comic Book Censorship to Prevent Youth Corruption Make Sense?
Re-Imagining the Blues: A Transatlantic Approach to African-American Culture
Review of the "Alt-American" conference 2014
Book Review: Phantoms of a Beleaguered Republic: The Deep State and the Unitary Executive by Stephen...

Ahmed Honeini has recently been awarded his PhD in the Department of English at Royal Holloway, University of London, where he also currently teaches. His thesis is entitled Saying Yes to Death: Mortality in William Faulkner's Fiction. His primary research interests are Faulkner, literary modernism, and American literature and drama, 1900-present.
View all posts by Ahmed Honeini →
Tagged  C20, Drama, Southern History.
Bookmark the permalink.