Video games can be understood as a medium characterized by remediation and convergence: they often take elements from other media, adapt them to their medial specifics, and add their own unique aspects, thus creating new, playable versions of cultural material. Such adaptations apply to certain plot elements, character archetypes, or… Continue reading

Benjamin Coates convincingly demonstrates that, during the first two decades of the twentieth century, international lawyers helped shaped the ascendency of the United States and justified the expansion of its empire among governmental policy makers and within wider intellectual discourses. Driven by a desire to put ‘international law into the history of American empire, and the history of empire into international law,’ Coates successfully collates disparate scholarship that has, until now, been scattered across several disciplines (5). Continue reading

This collection’s ‘unique selling point’ is that it places the overseas empire and the settler colonialism of the United States in the same analytical frame. Influenced by the groundbreaking work of Amy Kaplan and Donald E. Pease, Goldstein continues their work in attempting to highlight the error of U.S. imperial denial.
Continue reading 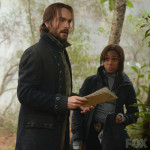 Do readers need to relate to historical figures in order to understand Early American literature and history? Is it important to connect with the personalities encountered from the past? 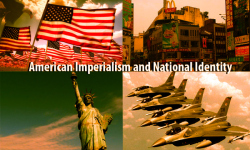 American Imperialism and National Identity Conference, University of Durham 14 June 2014   With Iraq in turmoil and U.S. military involvement in the Middle East once again in the spotlight, the timing of the ‘American Imperialism and National Identity Conference’ on the 14th of June at St. Aidan’s College, University… Continue reading