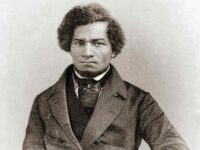 “Douglass re-invented the format of slave narrative in his pivotal My Bondage and its Appendix by reproducing, repurposing, and reimagining his public performances.” Continue reading 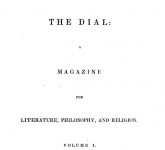 Primarily literary in focus, the panellists nevertheless marshalled current political and institutional debates through and alongside their readings of texts, demonstrating the ways in which nineteenth-century U.S. scholarship often hinges on interdisciplinary methodologies. Continue reading

During his nineteen-month trip in Britain from 1845-1847 formerly enslaved African American Frederick Douglass travelled by bus, steamship, train and carriage, writes Hannah-Rose Murray. Although popular antislavery had waned in Britain in the 1840s, it had become part of a nationalist tradition that could be roused by powerful and fiery orators. Douglass – a lecturing genius – exploited this trend and thus became incredibly successful on the British stage. Continue reading