Storify of our #BOOKHOUR on ZERO K by Don DeLillo 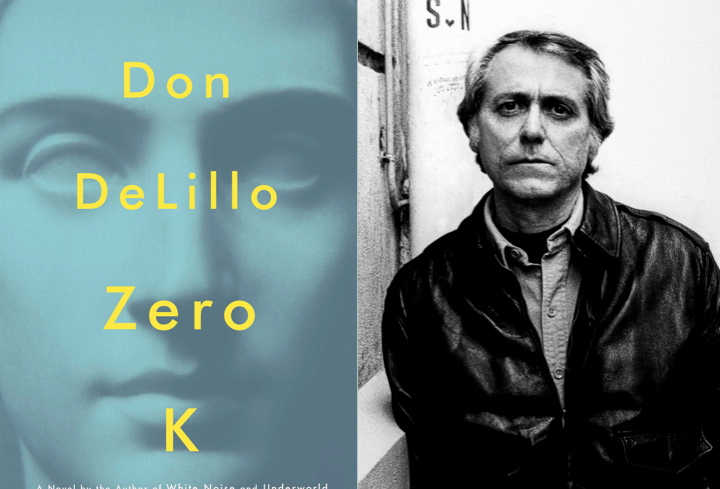 On Tuesday 31st May, Dr Kasia Boddy, Dr Catherine Gander, Dr Doug Haynes, Dr David Hering, and Professor Mark Osteen joined guest #bookhour organiser Rebecca Harding to discuss Don DeLillo’s Zero K. The discussion explored the way themes from DeLillo’s earlier fiction resurface in the novel, and the effect of this reusing of material. The conversation also focused on the presence of various art forms in the text and DeLillo’s continuing interest in visual art in his work. Questions were also raised about the success of the novel’s narrative techniques, and the role of humour, capital, and political elements in the text.

The wisest, richest, funniest, and most moving novel in years from Don DeLillo, one of the great American novelists of our time—an ode to language, at the heart of our humanity, a meditation on death, and an embrace of life.

Jeffrey Lockhart’s father, Ross, is a billionaire in his sixties, with a younger wife, Artis Martineau, whose health is failing. Ross is the primary investor in a remote and secret compound where death is exquisitely controlled and bodies are preserved until a future time when biomedical advances and new technologies can return them to a life of transcendent promise. Jeff joins Ross and Artis at the compound to say “an uncertain farewell” to her as she surrenders her body.

“We are born without choosing to be. Should we have to die in the same manner? Isn’t it a human glory to refuse to accept a certain fate?”

These are the questions that haunt the novel and its memorable characters, and it is Ross Lockhart, most particularly, who feels a deep need to enter another dimension and awake to a new world. For his son, this is indefensible. Jeff, the book’s narrator, is committed to living, to experiencing “the mingled astonishments of our time, here, on earth.”

Q1. Is DeLillo recycling subject matter in Zero K, or perhaps revising it? Is this a summative novel?

Q2. The six-page section ‘Artis Martineau’ may be the most important part of the novel, the point omega where much of DeLillo’s later fiction converges: in a limbo state between life and death. How might we understand this ‘in-between’ section? How does it affect our response to what comes before and after? Does it suggest that a self is only ever a self to the degree that it can be narrated/’told’ – by itself or by another?

Q3. Beyond the novel’s pivotal chapter, what can we say about the book’s structure more generally – how it works, and whether its ‘method of narration’ (43) is successful? Do we agree with Joshua Ferris that ‘this is elegy as formal design. We carry the Convergence with us through the vibrant city like a memento mori’? DeLillo once said that the only ‘comforts’ he can provide are those ‘that lurk in comedy and in structure and in language’ (Paris Review interview). Does the structure of Zero K offer comfort? And, indeed, what about the language and the (deadpan) comedy?

Q4. Numerous elements of the Convergence, including its architecture and its cryogenically frozen volunteers, are frequently labelled and described as ‘art’ in Zero K. What are the implications of seeing the frozen humans, in their deathless still life, as the ultimate form of art? How does DeLillo’s portrayal of the human body as art shift here from works such as The Body Artist or Falling Man? What exactly does DeLillo mean by ‘art’? And what about the mannequins?

Q5. Artis wonders where or who she will be when she wakes up; she struggles for the word to describe her confusion. ‘The word is metempsychosis’, Jeff says, a word Marx also uses in Capital I to describe how the valorisation of labor always involves the reanimation of labor congealed in tools, in machines and in everything else that has been laboured upon in the past and which now facilitates labor to happen in the present and the future. A migration of souls. How much is Zero K concerned with this constant front-loading of labor and value into the future? How might we read these elite immortal time-travelers as products of the present economic systems?

Q6. In White Noise, Jack Gladney famously announces that ‘all plots tend to move deathward’. That statement holds true for many of DeLillo’s novels. But in Zero K we have a plot moving deathward and beyond, as if death isn’t really death. How does DeLillo present the so-called ‘heralds’ who choose to freeze themselves at The Convergence? That is, does he subscribe to Jeff’s statement that Artis (and his father) will die ‘chemically prompted, in a subzero vault, in a highly precise medical procedure guided by mass delusion, by superstition and arrogance and self-deception’ (50). That is, are they depicted as deluded? As visionaries?

Kasia Boddy (@KasiaBoddy) is a Lecturer in American Literature at Fitzwilliam College, Cambridge. Her teaching and research focus primarily on American literary and cultural history, and one strand considers the perpetual back and forth between short and long fictional forms. Now working on a book on the idea of the Great American Novel, she has published extensively on short fiction, including The American Short Story since 1950 (2010), and has edited or co-edited several anthologies, including The New Penguin Book of American Short Stories (2011).

Catherine Gander (@gandercat) is a Lecturer in American Literature at Queen’s University, Belfast, where her research addresses the conceptual, practical and philosophical cross-currents between literature and the visual arts. Her first monograph, Muriel Rukeyser and Documentary: The Poetics of Connection (Edinburgh, 2013) won the biennial IAAS book prize, and she is the contributing co-editor, with Sarah Garland, of Mixed Messages: American Correspondences in Visual and Verbal Practices, forthcoming with Manchester University Press this summer. She is currently working on a third book, a recovery of Deweyan Pragmatism for an embodied aesthetic and cognitive approach to American avant-gardes at the intersections of art and poetry, and on a project that examines the role of art and aesthetics in contemporary American fiction.

Rebecca Harding (@_rebeccaharding) is a second year PhD student at the University of Sussex. Her research interests lie in modern and contemporary American literature and culture. Her thesis focuses on the fiction of Don DeLillo, and works to re-read the author with a focus on portrayals of the body in his work. She is Publicity and Social Media editor for U.S. Studies Online, and is co-editor of the 2016 issue of the interdisciplinary open access journal ‘Excursions’.

Doug Haynes (@itsdoughaynes) is a Lecturer in American Literature at the University of Sussex. His research interests focus primarily on the dialogue between modern American culture (especially literature and visual art) and critical theory. His particular interests within this field are black humour, affect, critical theory, economy, and the everyday. He is author of the book chapter ‘Communicating Vessels: Terror and Telepathy in Don DeLillo and Gerhard Richter’, which is included in the upcoming book Navigating the Transnational in Modern American Literature and Culture (2016) which he co-edited with Tara Stubbs.

David Hering (@hering_david) is a Lecturer in Contemporary and American Literature at the University of Liverpool. He is the author of the forthcoming book David Foster Wallace: Fiction and Form (2016). His work focuses on twentieth and twenty-first century American literature, with particular emphasis on postmodernism and subsequent developments. He is also interested in formal and typographical innovation in narrative, encyclopedic narratives, graphic novels, and the relationship between writing and cinema. He serves on the steering committee for the Centre for New and International Writing.

Mark Osteen (@markwosteen) is a professor, musician, and author. He is Professor of English and Director of the Center for the Humanities at Loyola University Maryland. He teaches courses on Film and Literature, Modern British and American Poetry, English and American Cinema, and Literatures of Jazz. He is the author of a seminal monograph in DeLillo studies, American Magic and Dread: Don DeLillo’s Dialogue with Culture (2000) and more recently Nightmare Alley: Film Noir and the American Dream (2013). He also sings and plays the saxophone in the Cold Spring Jazz Quartet.