Storify of our #bookhour twitter chat on EUPHORIA by Lily King 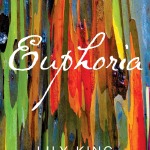 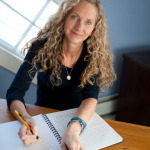 To compliment our “Women in America” special blog series for Women’s History Month our March #bookhour was on the title EUPHORIA by Lily King. EUPHORIA is a fictionalised account of the anthropological field work of Margaret Mead in New Guinea in the 1930s and the controversial protofeminist ethnography that came of it.

During March’s #bookhour discussion Dr. Rachel Sykes, Alice Lilly, Sima Jalal Kamali, Maxine Davies and U.S. Studies Online co-editor Michelle Green debated to what extent Lily King’s Euphoria embraces and moves away from the historical fiction genre through the novel’s structure, context and narrator. They considered the representation of privilege and power dynamics across lines of race, nation, gender and class, and how this is compounded by intellectual exchange and research collaboration throughout the novel. The discussion highlighted several key questions such as, to what extend is this novel “about” history? How can readers interpret the surprising counterfactual endings of the central three characters and the legacy of their scholarship? To what extent does Euphoria offer a powerful rumination on the value of solitude in research while exploring its antithetical relationship with human nature? Read more about the discussion in the storify below.

Q1. How can we conceive the use of history in Euphoria and to what extent is it necessary to read the text as a historical novel? (Rachel Sykes)

Q2. Does King fully interrogate the forms of privilege that facilitated the work of Mead, Fortune, and Benson? (Rachel Sykes)

Q3. What does a fictionalised treatment of Mead’s life and work offer us that a biography or historical account does not? Are we seeing some kind of broader reassessment or even rehabilitation of Mead with this book? (Alice Lilly)

Q4. Research, anthropology, and emotion and human relationships are all interwoven in Euphoria from the very beginning; as well as themes of the use and abuse of knowledge. What lessons does this book offer researchers and academics? How much is the book a meditation on the process of research and understanding? (Alice Lilly)

Q5. Although the story was inspired by the real life events of anthropologist, Margaret Mead, Lily King has expressed in her interviews that she realised by the second chapter the novel would be narrated from Andrew’s perspective. How does this choice in the narration style affect the way the story is developed? (Sima Jalal Kamali)

Q6. How much influence does the incident of taking the flute have on the destruction of Fen and Nell’s relationship? (Sima Jalal Kamali)

About the discussion leaders

Alice Lilly is a PhD candidate in American Studies at the University of Nottingham. Her research concerns the history of the New Democrats and New Labour in the 1990s, focusing specifically on their political and intellectual treatment of poverty and welfare and the ways in which both parties shared their ideas as part of a broader political project.

Sima Jalal Kamali is a PhD student of American History and Literature at the University of Sussex. Her PhD research is on African American political autobiography and is mainly focused on Maya Angelou’s autobiographical oeuvre and Angelou’s contribution to this field.