Home » Research » Storify of our #bookhour on Jonathan Franzen’s PURITY

Storify of our #bookhour on Jonathan Franzen’s PURITY 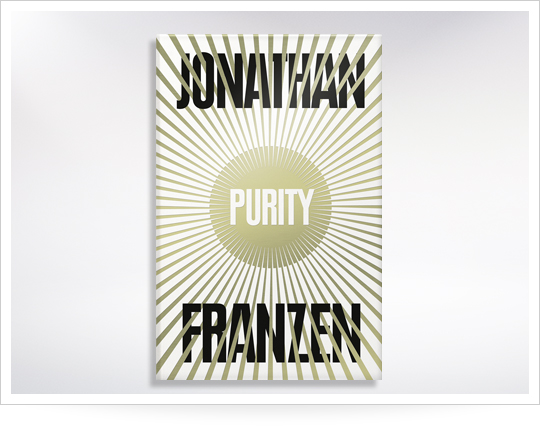 October marked our twelfth #bookhour, and to celebrate the one year anniversary of this feature U.S. Studies Online co-editor Michelle Green hosted a discussion of Purity by “Great American Novelist” Jonathan Franzen with a panel of Franzen experts. During the discussion Dr Kristin J. Jacobson, Dr Daniel Mattingly, Iain Williams, Joanna Wilson and Michelle Green discussed Purity‘s position in the wider trend of ‘big, so-called Dickensian novels’, Franzen’s wide-spanning critique of ideology as shrouding personal and corporate gain, and the noticeable lack of diversity in the novel that is accentuated by its inter-/intra-national context. Debates arose around Franzen’s depiction of feminism, feminist characters and his authorial persona, along with the novel’s intertextuality and the recurring presence of memoir in his later novels. The panellists ended the discussion with thoughts on Purity‘s conclusion, and left the chat asking, does Pip change in the end? Or is she doomed to repeat her parents’ cycle? Read the storify for this and more, below.

The questions that will lead the discussion include:

Q1. NPR critic Maureen Corrigan recently reviewed Garth Risk Hallberg’s City on Fire. She opened the review by underscoring “We’re in a moment where these big, so-called Dickensian novels keep materializing – Donna Tartt’s The Goldfinch, Jonathan Franzen’s Purity, Anthony Doerr’s All The Light We Cannot See, to name but a few.” How does Puritystack up against these other Dickensian American novels? Why are such American novels emerging now? (Kristin J. Jacobson)

Q2. Purity is a character and theme in the novel. How does Purity/purity develop in the novel? How are theme and character connected? (Kristin J. Jacobson)

Q3. American in origin and global in scope and setting, Purity explores domestic and global/cosmopolitan themes. Yet, one would not label the cast of characters diverse: the main characters are white. What are Purity’s racial politics? To what extent is understanding the novel dependent on its raced representations. (Kristin J. Jacobson)

Q4. How does the novel explore ideas of resistance? (whether that be to the communist regime in East Germany, late capitalism in the U.S., ‘theory’, technology, and so on.) (Iain Williams)

Q5. Franzen is commonly portrayed as a Luddite, and his views regarding the internet and Twitter are widely known, and yet his writing does not simply repeat the mantra that ‘techno-consumerism is an infernal machine‘. Does Purity have a more nuanced (for Franzen) engagement with technology? (Iain Williams)

Q6. What significance – if any – is there in Franzen’s repeated utilization of the memoir or personal narrative as a confessional tool? Not only is this key to Purity‘s conclusion but also appears in Freedom. What does this say about the nature of writing itself? (Joanna Wilson)

Michelle Green (@MGnotts) is a PhD student in the department of American and Canadian Studies at the University of Nottingham, UK. Her current research examines rebirth and developmental metaphors in representations of fatness and “obesity” in late twentieth-century and twenty-first century North American fiction. She has recently published a chapter on Margaret Atwood’s writing in Fat Sex: New Directions in Theory and Activism.

Kristin J. Jacobson (@drkj) is an associate professor of American literature, American studies, and women’s, gender and sexuality studies at Stockton University in New Jersey and the author of Neodomestic American Fiction (Ohio State UP 2010). Her research interests include contemporary American literature, eco-criticism, and feminism. She is currently at work on a new book project examining contemporary adventure nonfiction, what she calls the American adrenaline narrative, and a proposed co-edited collection with Miranda A. Green-Barteet on American women writers and liminality: https://call-for-papers.sas.upenn.edu/node/63048.

Dan Mattingly (@DanMattingly87) is a postdoc and part-time teaching assistant at Swansea University. His research interests include post-postmodernism, fictions of financial crisis, and American literature since 1980.

Iain Williams (@IainWilliams1) is a PhD candidate at the University of Edinburgh. His research focuses on David Foster Wallace and how his work engages with notions of sincerity and authenticity. He holds an MA (Hons) in American Studies and an MSc in U.S. Literature, both from Edinburgh. An article on Wallace is forthcoming in the journal Critique: Studies in Contemporary Fiction.

Joanna Wilson (@JoWilson_UoE) is a second year PhD student in American Literature at the University of Edinburgh, where she also completed her MA (2009) and MScR (2013). Her current research interests include masculinity and the suburbs in contemporary American fiction. More generally her interests also include post-9/11 fiction, neo-realism, and the American gothic.