Review: ‘Border Crossings: Translation, Migration, and Gender in the Americas, the Transatlantic, and the Transpacific’

Review: ‘Border Crossings: Translation, Migration, and Gender in the Americas, the Transatlantic, and the Transpacific’

Review: ‘Border Crossings: Translation, Migration, and Gender in the Americas, the Transatlantic, and the Transpacific’, Université Bordeaux Montaigne, 5-8 July 2017.

Appropriately the first Society for the Study of American Women Writers (SSAWW) conference to be held in Europe addressed the significance of border crossings in the lives and works of American women writers. Its, somewhat lofty, aim was to express the multiplicity of the terms on which SSAWW concentrates: America and women, with a focus on border crossings. This is highly pertinent given the current political environment in the United States in which issues around (im)migration and borders are at the forefront of many people’s minds. The conference themes invited participants to explore the broad spectrum of possibilities generated by cross-cultural interactions and the challenges posed to literary canons to express the nuances and complexities of cross-cultural lives. The event asked how this experience affected women writers’ worldview and conception of language? To what extent do their modes of exploration differ from those of their male counterparts? How important were such contacts in allowing women writers to develop a consciousness of otherness and/or forge a community of feeling and experience transcending national and/or cultural barriers? In the enquiries, the event maintained a continuity with the last SSAWW conference in Philadelphia (2015) which explored liminality and hybrid lives.

It sought to answer these questions, any many more besides, across three days of panels, keynotes, and networking events. It began, aptly, with Alice Kaplan (Yale University, USA) discussing Susan Sontag’s Parisian Year (1957-58) in the opening plenary. Kaplan began by discussing how unexpected it would have been for her younger self to imagine addressing a conference, as a plenary speaker, in Bordeaux – especially as Kaplan studied in there as a young student. Her keynote provided a thought-provoking opening for the conference, as she discussed the phenomenon of the young American woman in Paris in the middle of the twentieth century. Kaplan noted that much is made of young American male writers, but less of their female contemporaries with their careful lists of vocabulary, verbs, and colloquialisms.

This launched us into the conference proper and panels used the conference theme of border crossings to discuss the ways in which American women writers, through necessity or desire, cross borders in their writing – not only in the characters that they portray but also in the act of writing itself. For many women moving into or across America, crossings have involved stages of transition, transformation, and consequent redefinition of the self; a process that questions the very stability and permanence traditionally associated with women’s conventionalised roles. From this perspective, crossing borders lends itself to the most radical strategies of subversion and defamiliarisation. 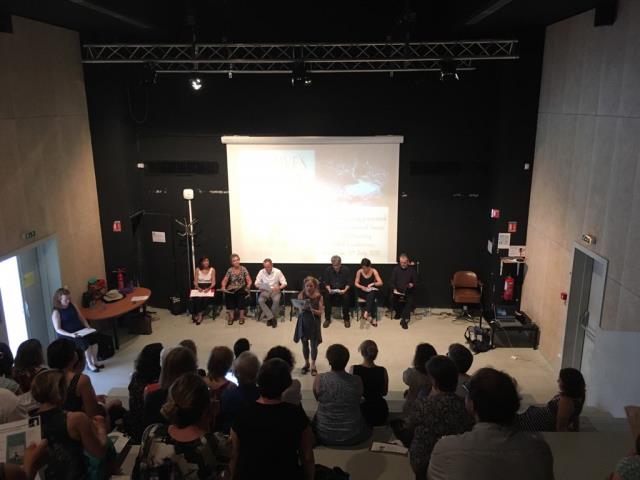 One seemingly obvious place where border crossings occur is in Chicana, or Mexican American women’s, literatures and there were a handful of papers on these writings. This is also my area of interest so I enjoyed taking part in discussions with scholars from around the world engaging with Latinx writings – something we don’t get too much of on a regular basis. Distinguished Chicana scholar Norma Elia Cantú (Trinity University, USA) gave an incredibly interesting paper on translating Gloria Anzaldúa and chaired our panel with enthusiasm and generosity. There was real breadth to the topics discussed in relation to these border crossing/border crossed women writers and interest and input from many outwith the direct field which is always thoroughly beneficial.

Some other panellists took innovative approaches to presenting, for example a panel on ‘Islands and Archipelagos’ adopted a call and response approach, starting with two papers, followed by a third in response to what we had just heard. So we firstly heard from Laura Nicosia (Montclair State University, USA) discussing Mama Day (1988) and The Country of the Pointed Firs (1896) as islanded narratives of community; followed by Melissa Gniadek (University of Toronto, Canada) who spoke to the idea of Stoddard’s and Spofford’s ‘Oceanic Gothic’. It was Hilary Emmett (University of East Anglia, UK) who provided the insightful response to these papers and talked to us about ‘archipelagic’ (not an easy word to say out loud) literatures. This allowed for great in-depth discussion and created the basis for constructive dialogue which is sometimes missing from traditional panels. In line with the panels focus on what the panellists called ‘island intimacies’ this encouraged the sharing of work in progress and ideas in process, which itself is an intimate act. 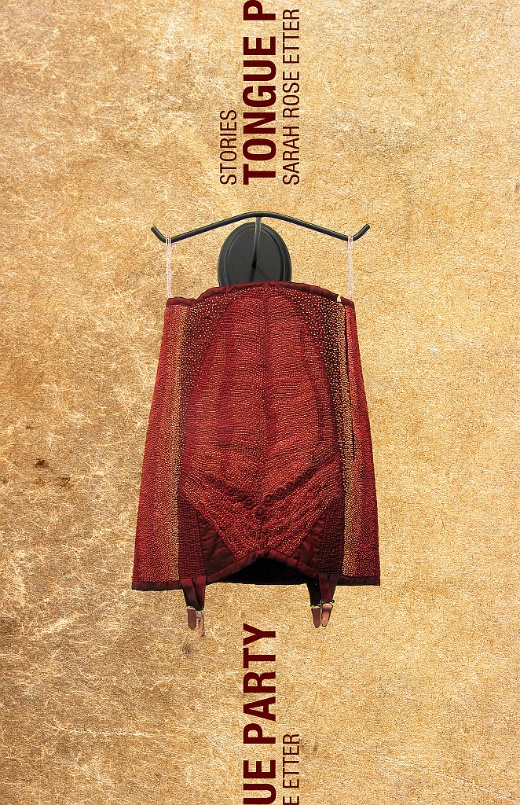 A highlight of the conference for me was Sarah Rose Etter’s talk on ‘Bizarre Feminism’ which integrated the critical with the creative. Her interest in ‘bizarre feminisms’ stems from a fascination with women ‘who write the strange and the fabulous’ and she spoke eloquently about the surrealist works of Leonora Carrington, Amelia Gray, and Aase Berg. Her passion was infectious – she fangirled over Carrington, told us about a Gray story that involves a woman eating a plate of hair on a date, and told us all to go and read Berg’s Hackers (2017) which, Etter informed us, is as much a manifesto as a threat. The real treat in this keynote was Etter’s reading of her own short story ‘Husband Feeder’ from the collection Tongue Party (2011). This story masterfully critiques cultures of consumption and abundance, and challenges the institution of heterosexual patriarchal marriage: ‘How much did I love him? Enough to give him everything.’ It was engrossing and gross in equal measure. Needless to say, Etter’s story collection flew off the shelf (/conference trestle table) afterwards.

Despite the plurality of scholarships on show at SSAWW, there was, as seems always to be the case with such conferences, an over-representation of ‘canonical’ writers (largely white and middle class) and too few panels on historically and contemporaneously marginalised groups such as Latinx and indigenous writers. There were more papers on Edith Wharton alone than, for example, Native American writers.* Yet, even with this in mind, I am encouraged to see that we are moving towards better representation for historically overlooked and marginalised writers and literatures at these kinds of events.

(*Actually due in no small part to the organisational efforts of the Wharton society who got together in numbers in Bordeaux, but still, you know what I mean…) 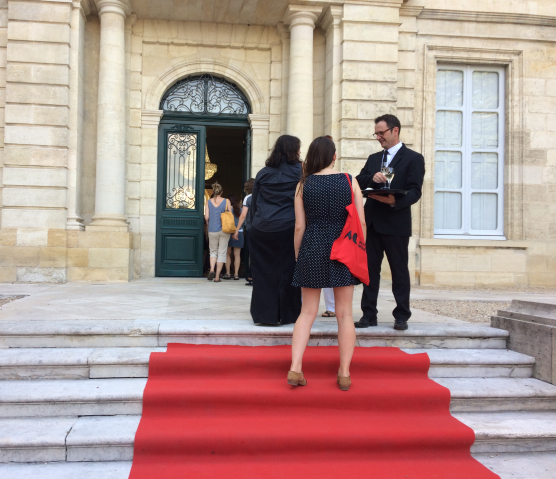 Reception at the Institut Culturel Bernard Magrez on the final evening

Given the conference’s emphasis on cross-cultural interactions, it was heartening to see scholars from all around the world coming together to engage in exciting conversations about their research. I met with people studying in Japan, Israel, Pakistan, Brazil, and Russia, to name but a few. Many scholars had travelled from North America, from the U.S., as well as Canada, Puerto Rico, and the Bahamas; and the Europeans were well represented, with delegates from Scotland to Serbia, Finland to France. SSAWW had brought together people from all around the world and the variety of perspectives added great value to our discussions and the coffee conversations (complete with petit fours) were just as interesting and I’m sure will result in many great collaborations in the future. We all know organisation makes a huge difference to the success of conferences and Stéphanie Durrans and all the conference team did such a great job with everything and were always there with a smile ready to help out. And the finale was quite spectacular: red carpet, champagne, canapés, oysters, and delicious local wines at a château/modern art gallery in Bordeaux. All very la vie est belle!

About Eilidh A B Hall

Eilidh A B Hall is a recently graduated PhD scholar interested in Latinx literatures and cultures of the Americas. Her PhD project explores literary representations of the ways in which Mexican American women negotiate feminisms in the family across generations through the maintenance, contestation, and adaptation of traditional gender roles. She is also the co-jefa of The SALSA Collective, a multi-disciplinary research community for people interested in latinidades across the Americas – www.thesalsacollective.co.uk, @SALSACollective.
View all posts by Eilidh A B Hall →
Tagged  American Literature, Edith Wharton, Hybrid Lives, Liminality, Society for the Study of American Women Writers, Transatlantic, Transpacific, Travel Writing.
Bookmark the permalink.