In 1947 Harvard graduate Clemens Heller envisioned an academic community in which former enemies could discuss, analyse, and critique the culture of the United States as the new post-war superpower. Almost seventy years on and the Salzburg Global Seminar is still going stronger than ever and attracting leading academics and professionals from major institutions across the world. Joining together at Schloss Leopoldskron, the site of the original seminar, they discussed what America is, means, and affects. 2016’s symposium—‘Images of America: Reality and Stereotypes’—aimed to identify and investigate the common images of America: how they generate meaning and circulate, and to whom and what effect. In doing so, they sought to question how our relationship with America is moulded and affected by the power of these images. Additionally, it provides a unique opportunity for academics to make global contacts in the field, including colleagues from Egypt, Senegal, India, South Korea, the USA, and Eastern, Central, and Western Europe. The level of diversity between nationalities, expertise and interpretation is certainly a defining feature of the event. 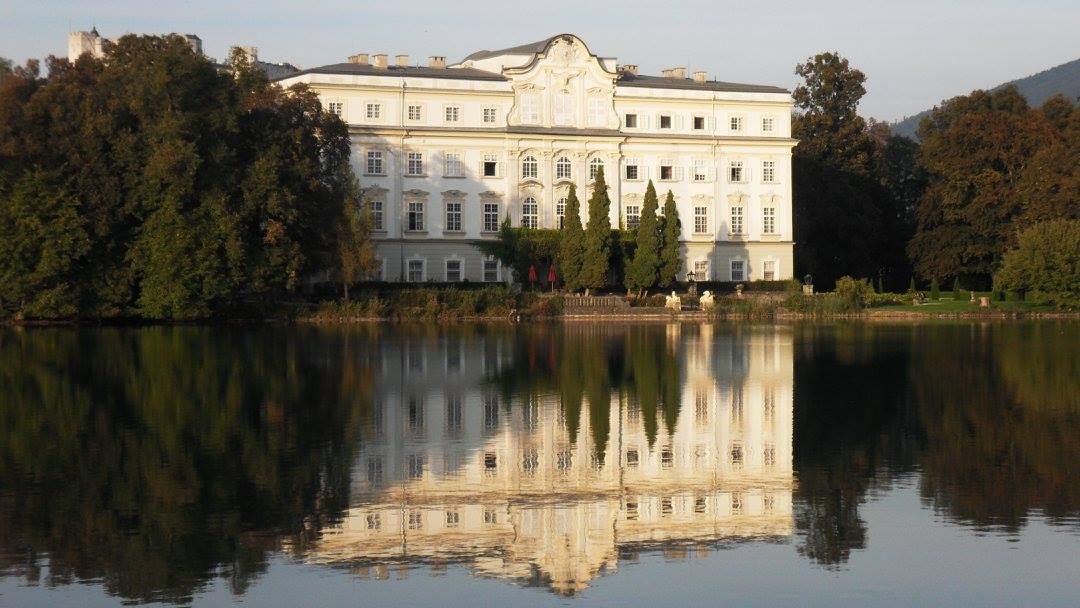 Ron Clifton, retired associate Vice President of Stetson University, opened the event with a contextualizing presentation on why the image of America still deserves such rigorous examination. Citing the historical origins and implications of US self-image—which itself encompasses a number of now well established stereotypes—Clifton argued that American culture has always been and remains aggressive, powerful, and pervasive as an international force that triggers emotional as well as intellectual reactions. For Clifton, this elevates the influence of American culture above that of other nations; there is an awareness of Americana in all other cultures regardless of size, class, or education in a way which is both unique and invasive. This results in a love/hate relationship with the United States, both publically and governmentally, which diplomats, international traders, and scholars of American Studies outside of the US continue to investigate and attempt to resolve. This involves facing the fact that people function based on what they perceive, whether this perception reflects reality or not. Clifton asserts that one of the steers of cultural dominance is the proliferation of cultural stereotypes, images of America constructed with a particular message in mind.

This point was furthered by Martha Bayles (Boston College) in her paper on the uses and directives of soft power in American image-building, defined as the use of pop culture as public diplomacy in place of military coercion and economic pressure plays. Bayles’s paper advocated for ‘hopeful pragmatism’, a soft power approach aiming for diverse yet harmonious coexistence between global communities whilst recognizing the limits of political and cultural differences. Unfortunately, Bayles characterises the current tactics employed by US political, social, and economic bodies as ‘quick-fix utopianism’ which identifies no limits on potential achievements, believes that problems can be solved quickly and cheaply, and identifies other people’s problems before suggesting a bad solution and abandoning the project upon failure. This ‘quick-fix utopianism’ sees religion replaced by modernity and ‘progress’ as the iconography under which America aims to save the world. This is delivered to nations outside of the US predominantly through cultural exports such as TV sitcoms, blockbuster films, and popular music videos. These fictional cultural productions act as the dominant images of America and Americans accessed across the globe. As Bayles explores in her book Through A Screen Darkly (2014), most of the world perceive America through a screen, and accordingly as hyper-violent, overtly sexual, without family, and lacking in work ethic despite maintaining affluent lifestyles. As tools hoping to exert positive soft power on the global stage, these popular culture products provide a damaging rather than promotional image of America abroad as a result of contemporary writers’ and directors’ fascination with the darker side of American identity. 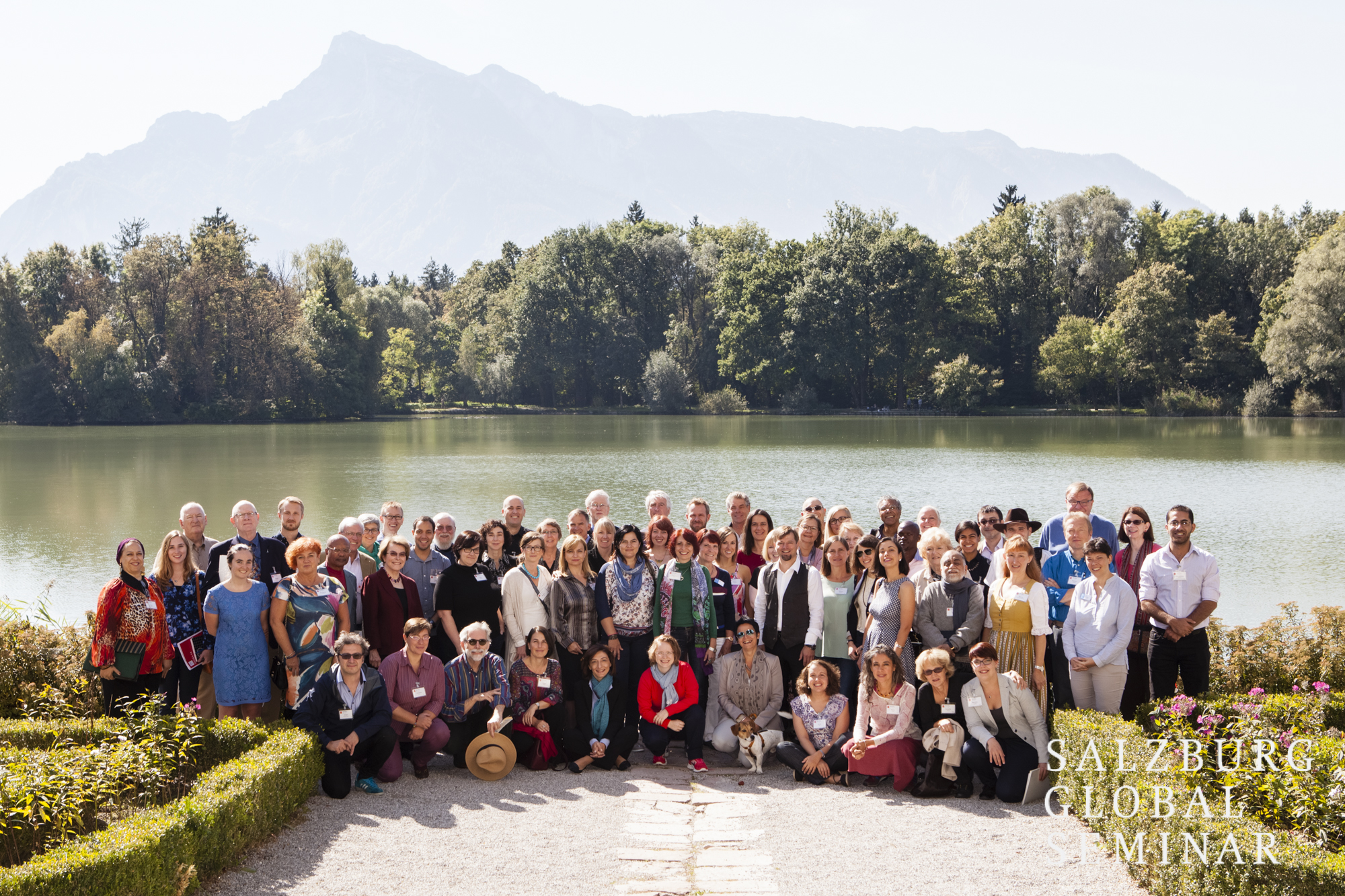 Reflecting on this tension between projected and perceived image, Chris Bigsby (University of East Anglia) discussed the notion of American freedom as outlined in Roosevelt’s ‘Four Freedoms’ speech. Providing a wide breadth of statistical evidence, Bigsby claimed that soft power could be recategorised as a corrosive industry in which corporate corruption infects democracy and filters down the class system. Noting the gap between America’s claim to characterisation as ‘home of the brave and land of the free’ and the historical, pervasive, and widespread disenfranchisement and discrimination of social underclasses defined by race, sex, gender, religion, and wealth, Bigsby concluded that the US requires an active suspension of belief in order to sustain a positive self-image, and that perhaps this myth is preferred to reality. A strong trend began to build between papers, positioning the fictional portrayal of America as more powerful, valuable, and recognizable than the reality of the nation itself. Alex Seago (Richmond, The American International University in London) disrupted this trend with his analysis of trap music as reflective of post-2008 crash American dream fulfilment. Following a detailed history of the development of Motown alongside the Ford car industry in 1960s Detroit, Seago made connections between the techno music that replaced Motown’s chart dominance and the post-Fordist mechanical workforce, with human sounds and movement replaced by technology and machines. Classifying techno music as the more intellectual, metaphoric response to post-Fordism, Seago identified gangster rap as the proletarian equivalent growing from grass roots. As the city evolved from a place of commodity production to a place of consumption, so too did this gangster rap reform into trap; defined by highly repetitive beats and lyrics, electronic sound creation, and references to drug dealing, using women, luxury items, and escaping the law. Accordingly, Seago read this evolution as a response to the need to secure the American dream through purchase and the exclusion of black peoples from the achievement of this through legal means. As a result, trap music has become a continuation of chain-gang songs, essentially singing about work on a production line that now feeds the drug market. Crucially, Seago asserted that whilst the iconography utilised by successful trap musicians in videos and films play to racially-fuelled stereotypes, the essence of this music is sincere, in that it genuinely reflects the reality of daily life within these communities. Unlike the soft power sitcom or the freedom-fry propaganda pumped out through official channels, trap music utilises established stereotypes to communicate an authentic reality.

Yet the production of images of America is not merely an export industry. Victoria Zhuravleva (Russian State University for the Humanities) discussed the portrayal of America in Russian political cartoons, arguing that it is not crucial for Russia to be seen to defeat the US, but that Russian national diplomacy demands it be seen as physically, morally, and politically elevated above the poor standard set by the US. This results in the US being presented as a genuine threat to global stability and security, with highly popular anti-Obama merchandise disseminating this message to the wider public. Astrid Fellner (Saarland University) examined a more positively-intended yet equally damaging adoption of stereotype in the popularity of ethnic drag ‘pow-wow’ festivals in Germany, in which people costume as Native Americans in order to recreate battles and perform fancy-dancing as part of a beer and music festival. Fellner asked how those receiving images of America are supposed to make sense of the conflict between those of ‘original’ America(ns) and global mimicry, particularly in light of the silencing and marginalisation of native peoples by the US itself. Starting as the white man’s mistake and becoming the white man’s fantasy, Fellner stated that the image of the Native American, constructed and remoulded to suit the needs of Anglo-American identity creation, is now being appropriated outside of the US in order to define European groups who also suffered at the hands of American colonial force in line with the Indian, an apparent mascot of defeat. Moshe Fox (veteran of the Israeli Foreign Service) identified the adoption of Biblical imagery in the characterisation of America as a salvation nation in comparison to Israel as the site of negative morality for Israelites emigrating to the US, thus creating a self-produced, distorted view of America that pre-empts the actual experiences of those traveling, problematises the relationship between the two nationalities when incorporated into a hyphenated identity, as well as challenging the reception of Israeli cultural exports into the States by those who now occupy this hyphenation. This is in spite of the popularity of Israeli art, music, and theatre in America, indicating a disparity between the externally and internally projected images of each nation in exchange with each other. 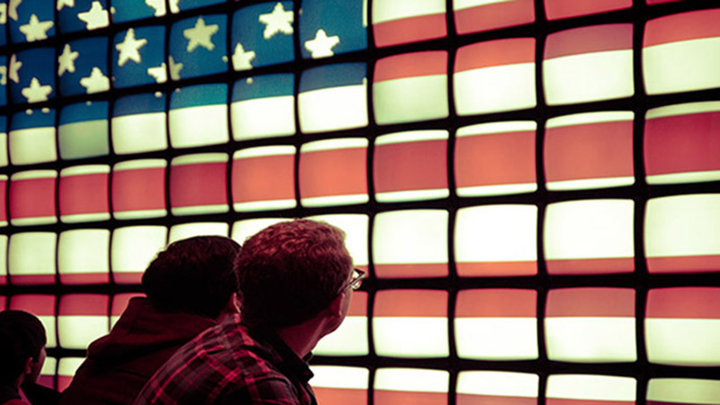 The programme of academic speakers also incorporated a panel of international diplomats; concentrated group discussions divided in disciplinary focus; a café-style session where participants circulated amongst various experts; and a fireside lecture on the current presidential debate. In all, the variety of speakers, national perspectives, and approaches to information dissemination and debate meant that the seminar was as engaging as it was productive. It demonstrated an innovative approach to the structure of conferencing whilst ensuring intellectual rigour in the quality and focus of panels. Whilst the broad theme-focus of the session meant that not every answer, perspective, or image of America could be addressed, this also invited responses from a wide range of disciplines and professionals that enhanced the potential of every discussion, meaning that the topics covered were done so with both breadth and depth. The overall conclusion of the seminar was that there is not one image of America but images of Americas, the plurality of which is reflected in both the diversity of the participants and of the discussions, exchanges, and collaborations that have been conducted even in the few weeks since we were brought together in Salzburg.

Book Review: American Impersonal: Essays with Sharon Cameron edited by Branka Arsić
“There wouldn’t be an America if it wasn’t for black people": Programme Review of the University of ...
Book Review: Slavery in American Children’s Literature, 1790-2010 by Paula T. Connolly
The Best of 2014, and What's Next for U.S. Studies Online in 2015
Book Review: Diane Di Prima: Visionary Poetics and the Hidden Religions by David Stephen Calonne
Review: HOTCUS Postgraduate Conference, 'Leonard Matlovich: Military Heroism and the Making of a Gay...
Review: Russia in American Literature
Review: Annual Meeting of the American Comparative Literature Association 2017

Amy Bride completed her PhD in American Studies at the University of Manchester in 2019. Her thesis examined the intersection of race and finance in American gothic monster fiction of the twentieth and twenty-first centuries. Her recent publications include articles on Late-Capitalist Hyper-Gothic in the work of Bret Easton Ellis and archival research on the corpse-values of African American slaves. Her other research interests include technogothic, gothic transhumanisms, and financialized body parts.
View all posts by Amy Bride →
Tagged  Cultural History, History, Music, Politics, Popular Culture, Transnationalism.
Bookmark the permalink.