Marking the first centenary of the 1917 Russian Revolution, the British Library put forward a fantastic series of conferences, talks and interactive seminars to complement the ‘Russian Revolution: Hope, Tragedy, Myths’ exhibition. Much like the exhibition – which demonstrated painstaking research and showcased the most arresting highlights of that turbulent era—the one-day symposium, ‘Russia in American Literature,’ added an intriguing perspective on varied representations, responses, and perceptions of Russia in American culture. 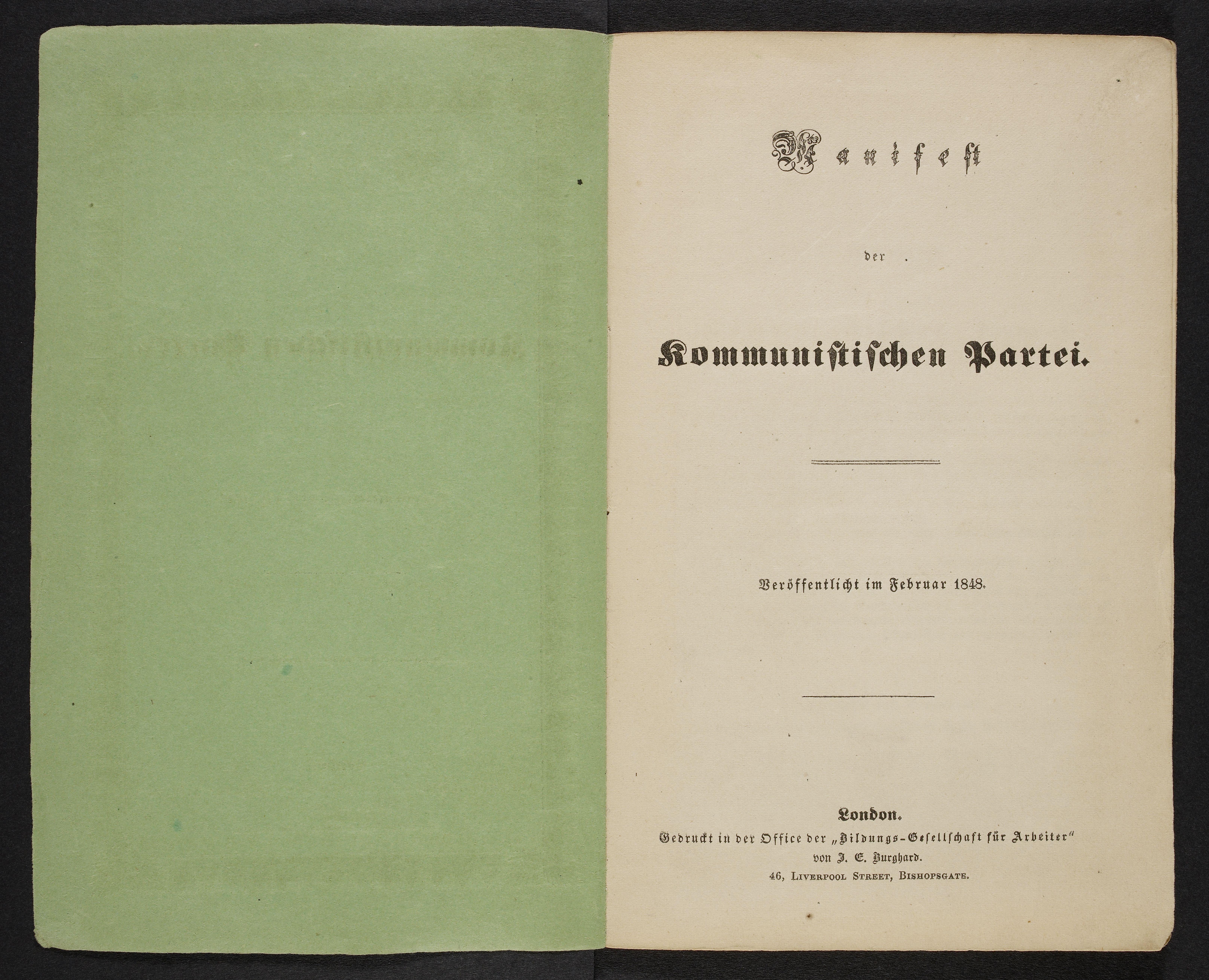 1st Edition of Communist Manifesto. Courtesy of the British Library.

The event proceeded at a lively pace, with the attendees first plunging into the chaotic world post-Revolution, then turning back for one panel to take a detailed look at the implications of the Cold War, before being immersed in nineteenth century and Dostoyevskian tones in the final two panels. Rather than a rigidly chronological approach, this unconventional structure proved to be highly effective in that it allowed for examination of the consequences of the Revolution seen during the twentieth century, before tracing their roots in the nineteenth century, relating them to great thinkers, such as Dostoyevsky. 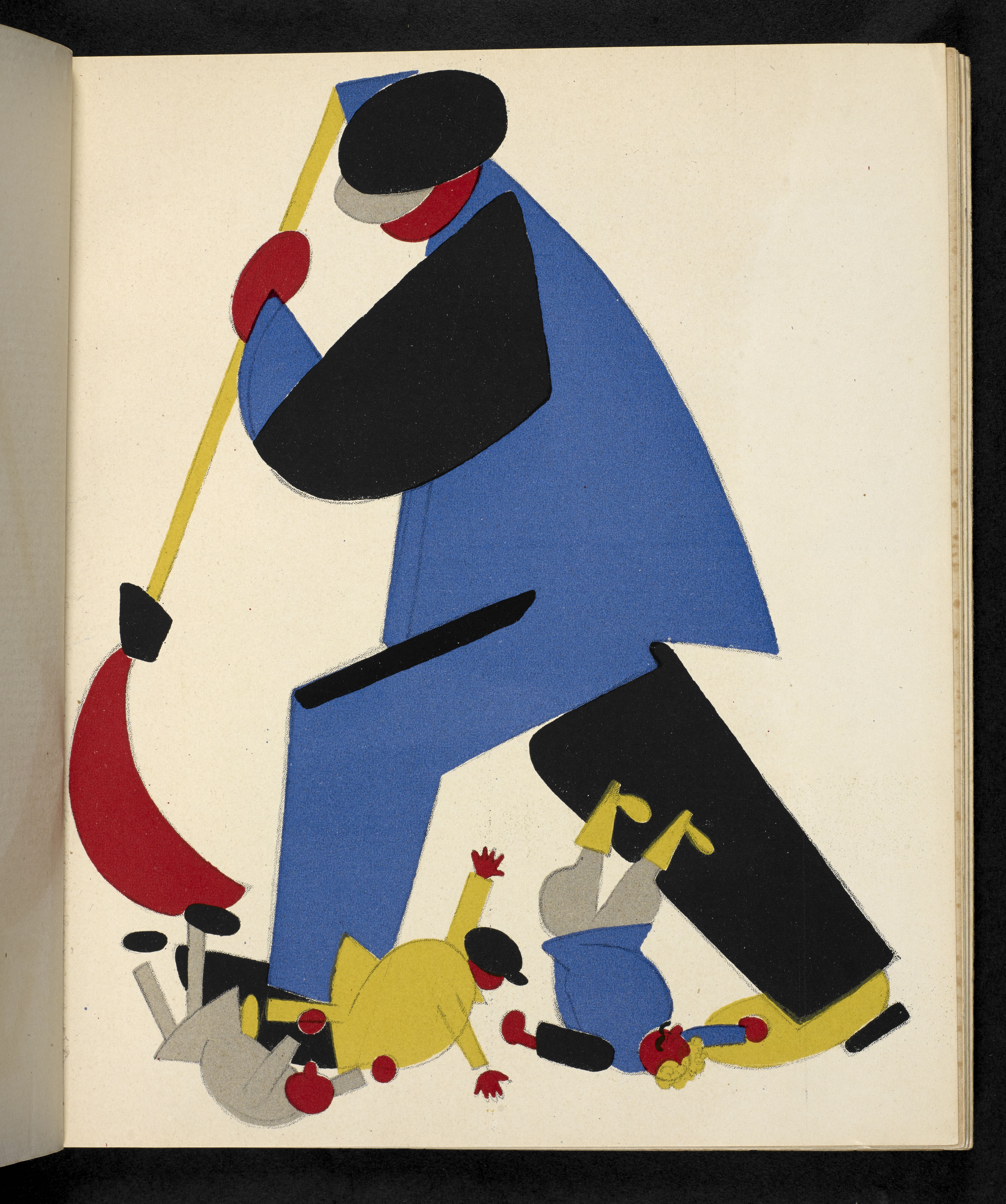 ‘A worker Sweeping Criminals out of the Soviet Land’ from Russian Placards 1917-22 (c). Courtesy of the British Library

The opening plenary talk, given by Professor Sue Currell, (University of Sussex), and titled ‘Celebrating the Bolshevik Revolution in America: Reading the New Masses anniversary issues 1927, 1937 and 1947,’ managed to ideally capture the essence of the event. Currell combined an academic perspective on how Russia was envisaged in early twentieth century American print culture, with visual and interactive elements recalling the exhibition which inspired the symposium. Describing a very ‘American’ vision of the Russian Revolution, she discussed the gradually changing approaches to this subject (especially in the political sense), analysing the contents of actual New Masses magazines from specific years to illustrate the main argument. As an artefact representative of its time, and before its demise in 1970s during the ‘Red Scare,’ the New Masses provided a fascinating insight into the modes of expression implemented by American Modernists. This was particularly evident in its construction of a quintessentially American perception of a world-changing historic event taking place elsewhere, and post-Revolution Russia as a unique phenomenon and a ‘cradle of modernism.’

Proceeding onto the first discussion panel dealing with the topic of the Cold War, a presentation by Professor Christopher Phelps (Nottingham University), was particularly noteworthy, addressing new perceptions of human sexuality and gender issues by American observers on the post-Revolution Russian soil. Phelps focused specifically on ‘Red Love’ (1927, originally titled The Love of the Working Bees), a novel by the famed feminist, politician and polymath, Alexandra Kollontai, and the eternal conflict between the necessity for developing a new, ‘Soviet’ outlook on the topic of love, and the vastly exaggerated rumours floating throughout the Western world. Further on, presentations by Professor Andrei Znamenski (University of Memphis), which put forward the perception of Whittaker Chambers’ ‘Witness’ (1952) as a case of quasi-religious conversion (the religion in this question being Communism) and by Dr Jeffrey Gutierrez (Boston University) on William Carlos Williams, his poetry and him being perceived as a Communist, were equally fascinating both in terms of the subjects they addressed and the way these were presented.

In the afternoon, twentieth-century topics gave way to concepts and themes originating in the nineteenth. The panel titled ’The 19th Century – Influences and Convergences,’ offered a chronologically consequent and diverse range of themes for discussion. The panel was started off by Olga Akroyd (University of Kent), who presented a comparative analysis of the trickster archetype as it appears in works by Feodor Dostoyevsky and Herman Melville respectively. Professor Constante Gonzalez Groba (Universidad de Santiago de Compostela) then discussed the influence of Tolstoy’s short novel, ‘The Death of Ivan Ilyich’ (1886), upon Carson McCullers’ ‘Clock without Hands’ (1961), drawing a strong parallel between the literary traditions of the American South and nineteenth-century Russian classical literature. The conclusion came from Dr Julia Lange (Universitat Hamburg), who provided an unusual and exciting vision of the re-emergence of the classical Russian literature and its lasting influence on the modern graphic novel, concentrating as an example on ‘Lena Finkle’s Magic Barrel’ (2014), by Anya Ulinich. This paper, uniting the modern and the nineteenth-century themes, as well as the American, Russian and Jewish cultural motifs, provided a stunning finale to the panel, reminding the attendees that literature cannot exist in isolation, but that various cultural realms constantly interact. 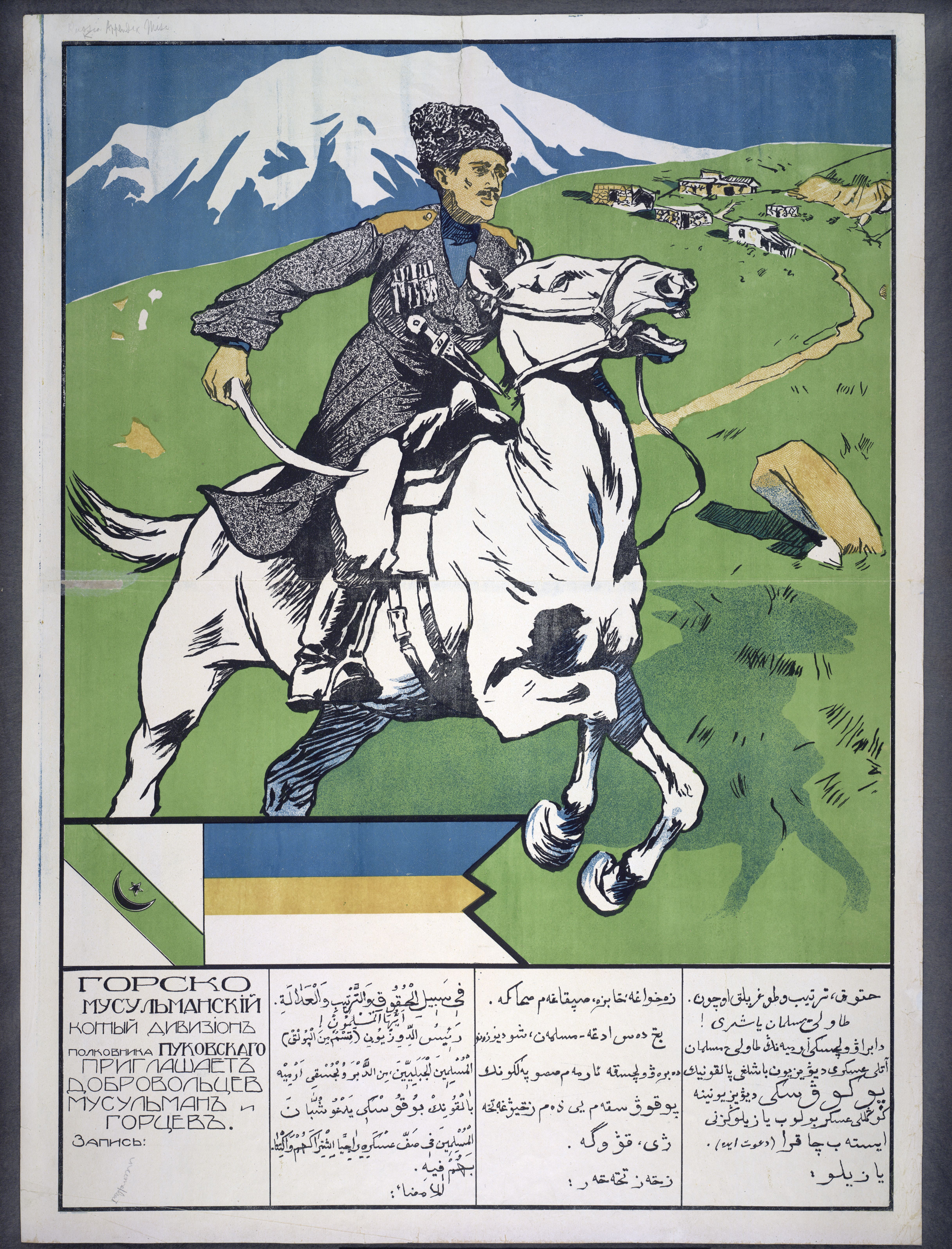 The final panel focused specifically on the themes and images found in Dostoyevsky’s works. Dr Julianna Leachman (University of Texas), began the panel, dealing with a comparative analysis of W. Percy’s ‘The Moviegoer’ (1961) and Dostoyevsky’s ‘The Demons’ (1871-72). The common themes uniting the two texts were exile, alienation and non-belonging: a topic amply explored in Russian classical literature. In particular, the analysis of Dostoyevsky’ Stepan Trofimovich as a wanderer towards salvation (which oddly enough relates this character with the American Puritan literary works) was excellent. This paper was followed by an analysis of Dostoyevsky’s ‘holy fools’ and how this image re-emerges in Southern literary tradition. Speaking via Skype, Dr Jessica Hooten Wilson (John Brown University), presented a curious analysis of two culturally specific views: in Russian culture, the typical ‘holy fool’ is typically viewed as a Christ-like figure bearing the holy truth, yet the Southern literature uses this figure as a way to highlight the inequalities and cruelty pervading a particular segment of society. The final paper of the panel was presented by Dr Robert Chodat (Boston University), who explored how Dostoyevskian motifs emerged in postwar American literature, alluding to such exemplary figures as Saul Bellow, Phillip Roth and others, as well as the themes of America as a ‘promised land,’ and American exceptionalism.

The symposium was concluded by a short presentation by Dr Katya Rogatchevskaia (British Library), an organiser and curator of the ‘Russian Revolution: Hope, Tragedy, Myths’ exhibition. This interactive talk discussed the major highlights and themes of the exhibition. Although it would require a separate article to do it justice, I can attest that the exhibition was an amazing event, giving both an in-depth and all-encompassing perspective of the Revolution era and boasting some exhibits—such as an impressive collection of White Army propaganda posters—which have not been shown anywhere else.

I am an independent researcher, graduated from Queen Mary, University of London, and University of Oxford, and I am currently gathering materials for a prospective PhD thesis on moral relativism and perception of evil as a social construct in a comparative analysis of USA and Russia in the 19th century. My key interests include USA-Russian relations from the antebellum period to the present day, presidential philosophy, and the life and works of Herman Melville.
View all posts by Olga Ackroyd →
Tagged  1917, American Literature, Communism, Fiction, Magazines, Poetry, Red Scare, revolution, Russian Revolution.
Bookmark the permalink.