The inaugural International Conference on Twenty-First Century Film Directors, organised by The University of Wolverhampton in conjunction with Redeemer University College, Ontario, focused on the films of Tim Burton. Specifically, it explored the theme of ‘curious bodies’ in his work. Held at Light House Media Centre in Wolverhampton, this one-day event brought together contributors from around the world in stimulating discussion that built on existing scholarship about Burton and challenged some existing notions.

After a brief introduction to proceedings from Dr Frances Pheasant-Kelly (University of Wolverhampton), Dr Samantha Moore (University of Wolverhampton) delivered the day’s first keynote address. She discussed the function of physical metamorphosis in animation, situating it historically as a subversive tool that serves to disrupt narrative structure and causal logic. With reference to films including Corpse Bride (2005), Moore claimed that Burton’s metamorphic characters are particularly empathetic figures within his canon. Fittingly, metamorphosis would emerge as a reoccurring theme of the conference, and Burton’s animated work would be examined in a number of subsequent presentations. 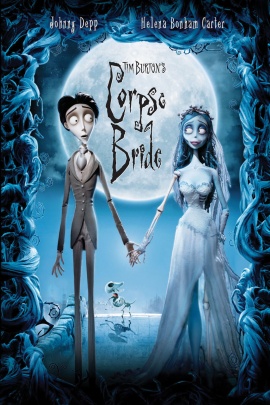 Indeed, the day’s first panel concentrated on animated bodies within Burton’s canon. Dr Christopher Holliday (King’s College, London) applied Kathleen Rowe’s notions of unruliness to the body of the titular protagonist in Corpse Bride. More broadly, Holliday wondered if stop-motion itself constitutes a fundamentally unruly form of animation. He was followed by Emily Mantell (University of Wolverhampton), who worked as a crew member on Corpse Bride. She offered a fascinating insight into the film’s production, reflecting on her experience to suggest that Burton is primarily a visual filmmaker rather than a story-driven one. With reference to exciting visual aids such as storyboards, Mantell explicated the unseen influences that affected the film’s script.

Fragmented bodies were discussed in the second panel, which began with Elsa Colombani (University of Paris-Nanterre) scrutinising the influence of Mary Shelley’s Frankenstein (1818) on Burton. By analysing a range of films including Edward Scissorhands (1990), Colombani contended that, though Burton sometimes inverts aspects of Shelley’s story, his creatures also bear the mark of their manufactured nature. She identified recurrent themes and visual motifs that bolstered her case, including the theme of disintegration that pervades Burton’s productions. Dr Rob Geal (University of Wolverhampton) also drew on Shelley’s Frankenstein in his presentation, arguing that Burton celebrates the monstrous in his films, thus displacing Shelley’s proto-feminist critique of male creation in a manner that is reductive. Visual synecdoches in Burton’s work provided the focus for a paper by Dr Helena Bassil-Morozow (Glasgow Caledonian University), who paid particular attention to the symbolism of hands and eyes in films including Edward Scissorhands. She applied the attributes of the Jungian archetype of the child to Burton’s work, noting that figures with pertinent childlike traits in his films never become the hero, even those that adopt ostensibly heroic guises, such as Batman. The Caped Crusader was also relevant to the panel’s final paper, in which Peter Piatkowski (Independent Scholar) reflected on Michelle Pfeiffer’s role as Catwoman in Batman Returns (1992). Piatkowski observed the ways in which Burton manipulates Pfeiffer’s attractive star image to convey Catwoman’s physical and mental collapse, adding to the fascinating ways in which representations of corporeal disintegration were considered in this panel.

Monstrosity and embodiment were the focal points of the first afternoon session in which Ana Rita Martins and José Duarte (University of Lisbon) again located Shelley’s Frankenstein as a key antecedent of Burton’s films. They suggested that contemporary scholars should think about monsters through the effect of their actions, offering a persuasive reading of Frankenweenie (2012) as a film that implies true monstrosity lies within as opposed to being primarily a set of physical characteristics. Cath Davies (Cardiff Metropolitan University) noted that previous papers had touched upon the visual motif of sutures, before delivering her accessible and engaging disquisition about the role of fabric in Burton’s films. She referred to the self-fashioning figure of Jack Skellington in The Nightmare Before Christmas (1993) to demonstrate that fabric is related to subjectivity and acts as a conduit for character, supporting this claim with examples from Corpse Bride. The identification of fabric’s mediating effect on somatic instability inspired lively exchanges in the question and answer session that immediately followed the panel. 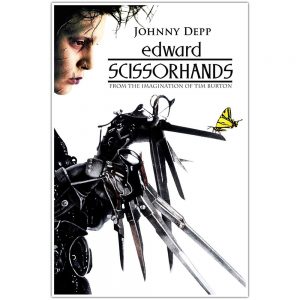 The final session of the event showcased two papers that were related in their consideration of gender and sexuality. Firstly, Dr Antonio Sanna (Independent Scholar) talked about the history of ‘Catwoman’, referring to the differing incarnations of the character in comics, television and film. Though Sanna noted that the villainess typically embodies certain characteristics including ambition, dynamism and capriciousness, he claimed that the popularity of Burton’s Catwoman can be attributed to feminist readings of the character, which he deftly contextualised. He also remarked on Catwoman’s apparent supernatural powers, a trait almost exclusive to Burton’s personification of Batman’s feline foe. Another idiosyncratic figure was the subject of the next presentation, as Alexandra Hackett (Sheffield Hallam University) analysed the physical representation of Edward Scissorhands. She utilised the prism of Freud’s stages of psychosexual development to posit Edward as an asexual figure, offering a detailed reading of the constituent parts of Johnny Depp’s performance, especially in relation to figure movement. She subsequently examined Edward’s sense of self through Lacan’s notion of the mirror stage, her paper situating one of Burton’s most iconic characters in a thought-provoking way.

References to Batman (1989) occurred regularly throughout the day, so it was appropriate that the second keynote address also focused on the Dark Knight. Dr Adam Barkman (Redeemer University College) surveyed Burton’s contribution to the identity of Batman, his absorbing analysis acknowledging that the various iterations of the character present inconsistencies that are impossible to fully unite. He remarked on areas in which Burton was relatively unsuccessful in embodying Bob Kane’s character, one example being the director’s unconvincing depiction of Bruce Wayne as a socialite. Barkman reflected more positively on the psychological complexity of Burton’s Batman, concluding that the filmmaker’s considerable contribution to the character’s mythology paved the way for Christopher Nolan’s subsequent trilogy. This reference to Burton’s influence on subsequent directors rounded off the lecture, and was followed suitably by the launch of A Critical Companion to Tim Burton (Lexington Books, 2017), edited by Barkman and fellow conference contributor Antonio Sanna. A screening of Miss Peregrine’s Home for Peculiar Children (2016) and a conference dinner brought the event to a close, with the first International Conference on Twenty-First Century Film Directors promising significant potential for future iterations of the conference.

Carl Sweeney is studying an MA in Film Studies at the University of Wolverhampton. During the course, he has written about the Post-Western subgenre, spirituality in The X-Files and the portrayal of cinema-going in the films of Woody Allen.