Review: The State of Fiction: Don DeLillo in the 21st Century

It has become almost a cliché to note an aspect of the prophetic in Don DeLillo’s writing. DeLillo’s late twentieth century novels are striking in their engagement with distinctly twenty-first century concerns; from the pervasive influence of commercial media, to the insidious spectre of terrorism on contemporary society. Approached from a modern day perspective then, how can we make sense of DeLillo’s influence on contemporary literature and thought? And how can we characterize DeLillo’s own responses to the events that have shaped the beginning of this century?

These questions formed the basis of ‘The State of Fiction: Don DeLillo in the 21st Century’, a one-day conference held earlier this summer at the University of Sussex. In his morning keynote, ‘DeLillo Apostasy: Where has the Humor and the History Gone?’, John N. Duvall argued that DeLillo’s recent novels are marked by a diminishing belief in the possibilities of contemporary fiction. Duvall suggested that the ‘late DeLillo’ of Falling Man (2007) and Point Omega (2010) can be distinguished from the ‘major DeLillo’ of Libra (1988) and Underworld (1997) by a narrowing in scope. This is seen in part through a rejection of the humour which permeated DeLillo’s earlier writing, and by a loss of historical focus in his twentieth century novels. In particular, Duvall asserted that DeLillo’s post-9/11 work is characterised by a failure to historicise terrorism in the wake of this national trauma. Duvall argued that ‘in late DeLillo the political is personal’, as DeLillo resists providing a historical focus, and instead retreats towards the abstract techniques of avant-garde art. For Duvall, the qualities of ‘major DeLillo’ are to be found instead in the work of younger writers such as Jarrett Kobek, whose novel ATTA (2011) provides the humour and historical scope which Duvall finds is lacking in DeLillo’s late work. 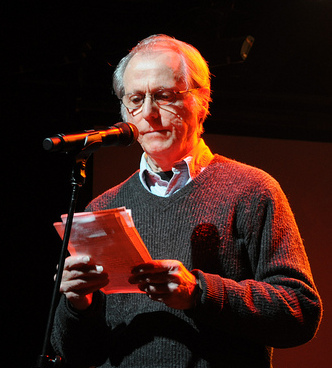 Duvall’s paper provided a thought-provoking start to the conference, raising questions which were expanded upon throughout the day. Indeed, while the three panels that followed covered the variety and breadth of DeLillo’s writing, their shared concerns created the sense of an ongoing conversation about the place of DeLillo’s work, and of fiction more generally, in twenty-first century American culture. The first panel, ‘Approaches to Terror’, followed Duvall in addressing DeLillo’s exploration of terrorism. Amid papers on Point Omega and White Noise (1985), Kirsty Hemsworth’s, ‘Cognitive Maps: Negotiating Identity in Falling Man and L’Homme Qui Tombe (2008) stood out by moving this discussion into new territory. Exploring the text through the lens of ‘translation theory’, Hemsworth argued for the value of reading Falling Man alongside its French translation L’Homme Qui Tombe. Drawing attention to instances of dissonance between the original and Marianne Véron’s translation, Hemsworth considered aspects of the untranslatable in DeLillo’s novel, while framing this discussion in the context of DeLillo’s attempts to destabilize cultural boundaries within the text.

The concerns and questions raised by Hemsworth were further explored in the next panel, ‘The Influence of the Everyday’, and in particular in Maria Lauret’s discussion of ‘DeLillo’s Italian American’. Lauret’s paper explored how DeLillo’s Italian-American background makes itself felt in his work, thus positioning his writing within a context of American immigrant literature. Looking closely at DeLillo’s employment of Italian words and phrases in Underworld (1997), Lauret investigated the way these ‘wanderwords’ import both an alien shape and sound and an ideological charge into DeLillo’s text. For Lauret, these words remind us of DeLillo’s status as an outsider from standard American English, further acknowledging an aspect of untranslatability between languages and cultures.

The sense of broadening the context in which we approach DeLillo’s work continued throughout the panel. Kiron Ward’s paper on ‘Aesthetics of Expansion in Infinite Jest and Underworld’ explored the relationship between these two contemporary examples of ‘encyclopedic fiction’. Drawing on recent archival research, Ward made use of the correspondence between DeLillo and David Foster Wallace, and of Wallace’s annotations in his own copies of DeLillo’s novels. Beyond investigating the impact of DeLillo’s work on Wallace’s writing, he drew attention to the points at which these two writers differ. Focusing on the representation of subalternity in the two texts, Ward asserted that Wallace’s problematic portrayals of racial and cultural difference within Infinite Jest (1996) ultimately fall short of the complex inclusivity and expansiveness of Underworld’s encyclopedic canvas. 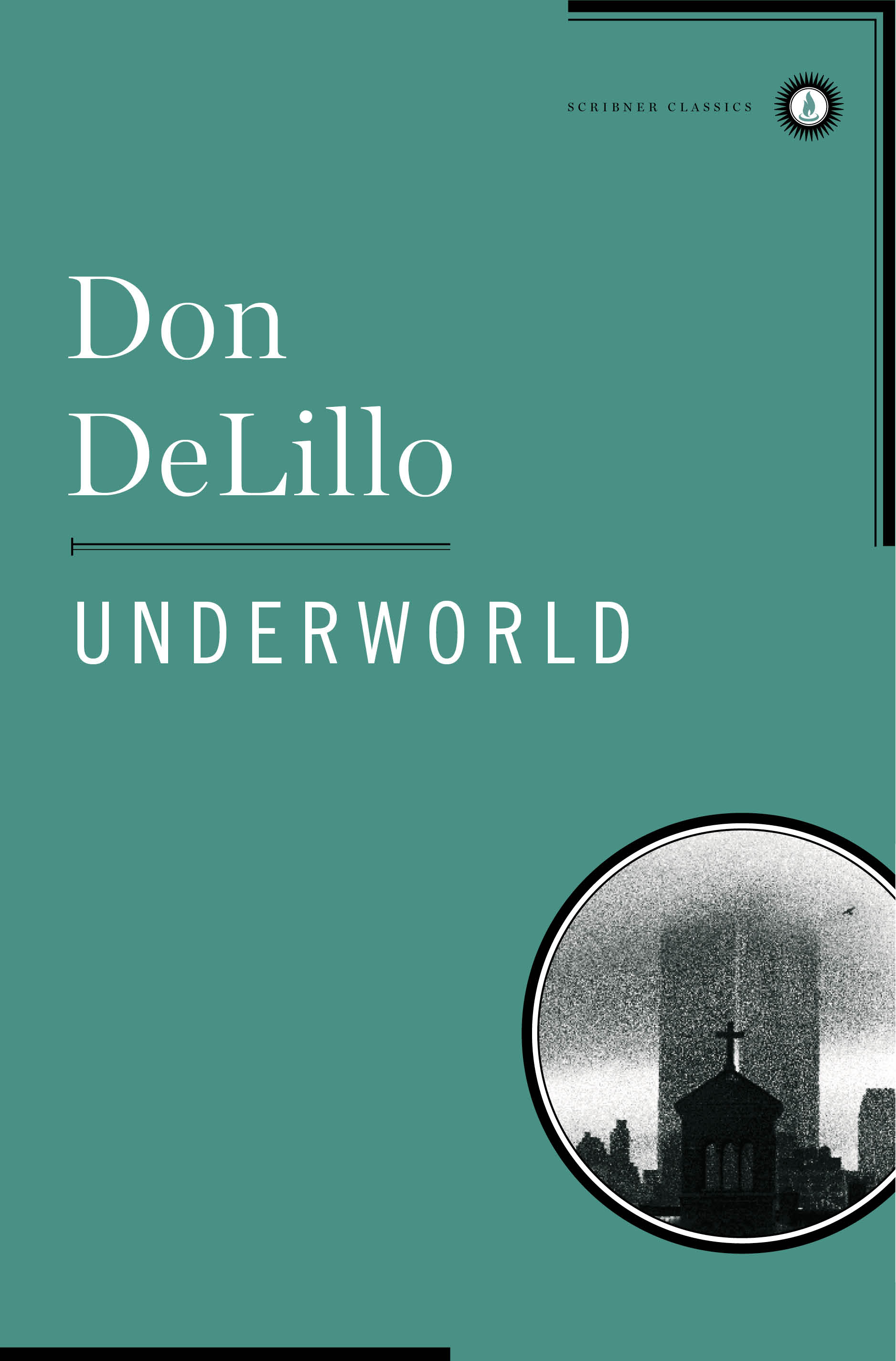 The day’s final panel, ‘DeLillo and the Visual Image’, moved the conversation in a different direction, with papers exploring the various ways in which DeLillo’s work engages with visual representation and art. Following Jonathan Gibbs’s discussion of DeLillo’s use of ‘reverse ekphrasis’ in The Body Artist’s linguistic engagement with contemporary performance art, Rebecca Harding’s paper ‘Underworld and the Underreal: Narrative, Film, and the Recovery of the Real’ explored the extent to which DeLillo’s writing is informed by cinema. Making use of close reading of Underworld¸ Harding articulated the way that the novel’s descriptions of repeated and looping videos show DeLillo exploring the ‘superreal’ or ‘underreal qualities’ of film as a form.

In the plenary panel discussion, Peter Boxall returned to Duvall’s initial question of whether DeLillo’s twenty-first century work betrays a diminishing belief in the possibilities of fiction. While acknowledging the extent to which these ‘minor’ novels show an exhaustion with fictional narrative, Boxall also commented on the ways in which this exhaustion has opened up a new vista of aesthetic and literary possibilities in DeLillo’s late work.

Indeed, the overwhelming impression given by this conference’s varied and stimulating discussions was that, regardless of one’s opinion on the state of DeLillo’s own writing, the state of academic writing and thinking on DeLillo is anything but exhausted.

Tim Gurowich is a PhD student in the School of English at the University of Sussex. His research, which is funded by CHASE, focuses on the work of David Foster Wallace, and explores the ways in which Wallace’s writing engages with the notion of failure. He holds a BA in English from the University of Bristol, and an MA in Modern and Contemporary Literature, Culture and Thought from the University of Sussex. He recently presented a paper at the 2nd Annual David Foster Wallace Conference in Bloomington, Illinois, and carried out archival research into Wallace’s letters and annotations at the Harry Ransom Centre in Austin, Texas.
View all posts by Tim Gurowich →
Tagged  C20, C21, Contemporary Fiction.
Bookmark the permalink.