‘Parallel Lives in America’ encouraged scholars to investigate the juxtaposition of various dynamics, particularly between those with power to those who are oppressed, that exist in America today. This year’s theme of the IAAS postgraduate symposium, co-organised by Sarah McCreedy and Maria Manning, was described in the opening remarks by IAAS chair, Catherine Gander, as “a painfully astute topic.” The conference follows a tumultuous year in American history, following the COVID-19 pandemic, the rise of the #BlackLivesMatter movement, and the tensions surrounding the presidential election. As these events have drawn awareness to the state of inequality in America, the symposium allowed scholars focusing on American studies to examine how their research ties in with America’s history of disparity. Held across two days, the virtual conference participants showcased their different interpretations of this year’s theme, with topics ranging between historical aspects on America’s racial inequality, queer feminist hip-hop in Cuba, how fiction reflects a changing America, and examining how virtual learning in the current pandemic further contributes to inequality amongst students.

Considering America’s long history of racism, a number of papers focused strongly on the divide that continues to exist between white and African American citizens. To further understand the state of race relations in America today, Abhinav Srungaram (University College Dublin) delved into the beginnings of slavery in America, emphasising the divide that emerged by white elites ensuring their maintenance of power through the slave trade. Moving into the 1920s, Suchismita Dattagupta’s (University College Dublin) well-researched paper focused on an underexplored relationship between racial discrimination and hair. Her paper expertly drew comparisons between real advertisements from the 1920s to outline discrimination towards African American hair and the importance of ‘socially acceptable’ hair in Nella 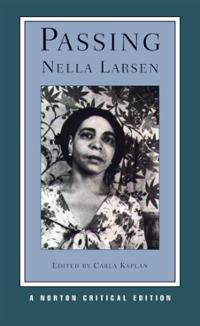 Larsen’s Passing. Molly McCracken (University of Edinburgh) focuses on a modern perspective of racial inequality by discussing the sonnets of Terrance Hayes. She particularly notes how Hayes focuses on the hypersexualisation of the African American male body and how Hayes’ poems are haunted by the history of America’s racist history, drawing on America’s racist history and Jim Crow laws. The three papers were part of different panels based on the themes discussed, but the diversity of the papers showcased how African Americans have been discriminated against throughout America’s history.

The divide between marginalised and privileged American citizens was further explored through an interrogation of queer identities. Claire Geraghty (University College Cork) focused on the intersection of queer feminism through hip-hop. Her paper showed how the concept of parallel lives is not merely limited to North America, as she focused on the Cuban music of Krudas Cubensi. Continuing the exploration of queer identities in America, Micheál McCann’s (Queen’s University Belfast) paper focused on camp in the poetry of Mark Doty. The relationship between camp and AIDS was a particularly strong focus in this perspective presentation. Both papers emphasised how queer American artists aim to show strong presence, resisting societies that attempt to repress and silence them. This strong presence is shown through a celebration of bodily autonomy, instead of engaging with traditionalist norms in Geragthy’s analysis, and engaging with queer history through camp, which is a love for the exaggerated through McCann’s discussion of Doty’s poetry. These papers clearly show that queer identities are marginalised and repressed, but fight for their presence to be recognised through art 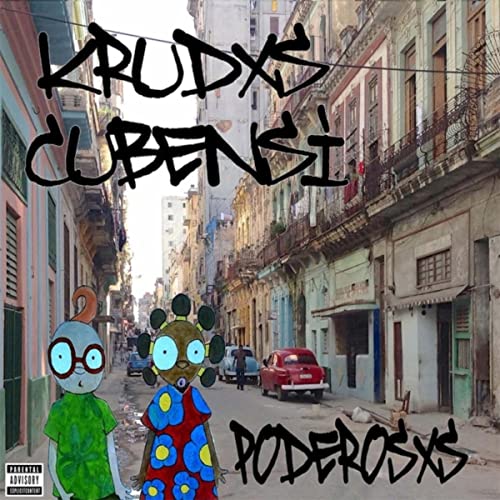 Other panels examined how fiction is used to portray the disparity that exists between privileged and marginalised citizens. Elisa Sabbadin (University College Cork) explored the grotesque body social control through addiction in William S. Burroughs’ fiction. In her insightful paper, she particularly focused on how methadone was the mainstream method of keeping addicts addicted, thus making it easier to marginalise them. In another panel, Michael-Angelo Keramidas (University of Exeter) also examined the work of a famous American writer, Saul Bellow, and his literary strategies of racial dominance during the Civil Rights Movement. He thoroughly explored the portrayal of racial differences using the context of real history, with an examination of how white audiences perceive Blackness to be animal-like, while whiteness is associated with civilisation. Both Sabbadin and Keramidas’ papers provided an insight into how authors approached issues of parallel lives. The analysis of Burroughs’ fiction clearly showed how drug addicts are suppressed and consistently disadvantaged when it comes to the idea of the American dream. Meanwhile, Bellow’s fiction clearly shows the racial divide, and the conflict of identity that emerges when it comes to fitting in with either African American or white society. Parallels that existed between the oppressed and the oppressors were explored through fictional techniques.

The exploration of marginalisation through literature was further explored in other panels, with a particular focus on class and sexual abuse. My paper (University College Cork) examined the relationship between women’s trauma and class in the works of Stephen King. Through an analysis of recovery processes from trauma, I outlined how upper-class citizens are more likely to receive access to helpful resources than working-class citizens. The panel’s interrogation of the relationships between horror, fiction and class is advanced by Janice Lynne Deitner’s perceptive paper on contagion and class in Shirley 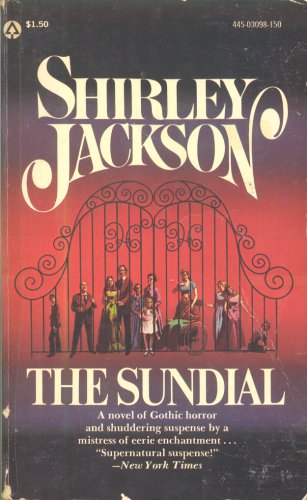 Jackson’s The Sundial. Through the lens of horror fiction, Deitner discussed how the divide between the upper and working class is emphasised through the idea of the working-class village of the novel being viewed as the dirty ‘other’. The interrogation of marginalisation in literature is not just limited to fiction, as shown by Esha Nadkarni (Goa University) through her well-grounded paper on sex trafficking in Katarina Rosenblatt and Cecil B. Murphey’s Stolen. By focusing on the account of a real survivor, Nadkarni draws attention to the fact that, without being sensationalist, it exposes how women are turned into commodities through trafficking. These three papers provide thorough analyses of how parallel lives are present in American writing, as women and working-class citizens are shown to be victims of the patriarchal, capitalist society through America’s history.

Interrogating parallel lives in America was not simply limited to explorations of the past, but also focused on modern America. Muqarram Khorakiwala (Valladolid University) challenged traditional postcolonial theory in his paper on fractal identity in novels such as Dying in a Strange Country by Tahira Naqvi and American Dervish by Ayad Akhtar. Throughout this paper, Khorakiwala placed an emphasis on the idea that the submissive, first-generation immigrant has become outdated, as these modern works of literature show that modern immigrants refuse to compromise their complex, fractal identities. Moving away from literary portrayals, Martin Glick (CUNY Graduate Center) provided a look into the disadvantages of virtual platforms for learning in the age of COVID-19. Through a data-driven argument, Glick raised concerns about how these virtual platforms are not chosen according to students’ abilities. By providing analyses on representations of modern immigrants, and the disadvantages that come with online learning, these two papers provide a modern outlook on the state of inequality in America. 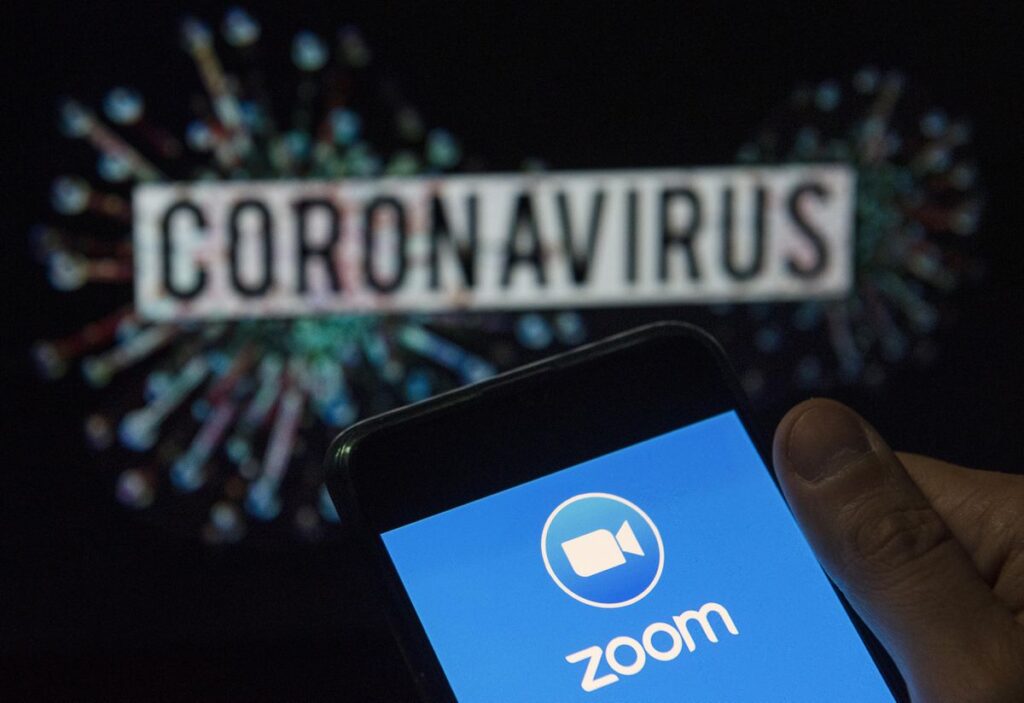 This conference provides a broad range of perspectives of inequality in America. Panelists utilised the expertise of their field of study to draw attention to the various types of inequality that have prevailed throughout America’s history. Limiting the paper lengths to ten minutes allowed for discursive conversations to emerge after every panel, with detailed explorations of the themes discussed in each of the panels. Over the course of the two days, the conference provided vital insights into inequality through racism, misogyny, class, addiction, and many other prejudices. One thing that was made highly apparent was that the injustices that existed in America’s past still exist today. These inequalities have evolved into new forms, and by examining the papers focusing on America’s past and present, it becomes clear that these inequalities still marginalise certain American citizens based on their identity. This conference clearly demonstrates that change cannot happen overnight, as oppression is embedded in American soil, but challenges scholars focusing on American studies to understand where these inequalities stem from, and how we can approach a future where American lives are not so imbalanced.

Laura Mulcahy is a second year PhD student at University College Cork. Her research focuses on representations of trauma in the works of Stephen King. She has a strong interest in contemporary horror and its engagement with American history. She holds an MA in Modernities: Modernism and Postmodernism in American and British Literature & Film and a BA in English from University College Cork. You can find her on Twitter at @LauraMulcahyUCC.
View all posts by Laura Mulcahy →
Tagged  Conference Review, History, IAAS, Literature.
Bookmark the permalink.