‘The Historical “Dispute of the New World”: European Historians of the United States and European History, Culture and Public Life’, Turin, Italy, 10-11 September 2015

By Michele Cento and Lorenzo Costaguta

The international workshop, ‘The Historical “Dispute of the New World”: European Historians of the United States and European History, Culture and Public Life’, took place in Turin (Italy) from 10-11 September. Under the coordination of Americanist historian Maurizio Vaudagna (University of Eastern Piedmont), the event took its cue from prior attempts to discuss the relevance of geographic locations in the writing of U.S. history. Most recently explored in an American Historical Review roundtable (June, 2014) and the volume Historians across Borders: Writing American History in a Global Age (2014), edited by the Europe-wide research group “We, the People”. The workshop, ‘The Historical “Dispute of the New World”’ aimed to both build on and move beyond these initial undertakings. With the help of Americanist scholars from all over Europe, the workshop endeavored to lay out a map of the various European approaches to U.S. history, in order to highlight differences, similarities, and possible intersections between them.

The vast majority of speakers emphasized the importance of geographic location in writing U.S. history, albeit with different nuances. For example, diverse focuses included migration among Swedish Americanists, the state in France, and transatlantic relations in Italy, clearly showed the relevance of location in defining the different national contexts of U.S. historiography. In the debate that followed the first session, Peter Ling (University of Nottingham) attempted to provide a broader explanation of the matter of location, wondering whether U.S. history has at times worked as an intellectual ‘site of displacement’. In other words, Ling asked whether European historians have focused on those aspects of the American history that were cogent problems of their own national communities, but that, for reasons of political opportunity or intellectual circumstances, they were not allowed to directly tackle at home. This might have been the case in the U.K. where, as suggested by Stephen Tuck (University of Oxford), interest in the history of the U.S. Civil Rights Movement reflected the need for more discussion on the issue of civil rights and race relations in Great Britain. Ling’s point was rejected however by Philip Gassert (University of Augsburg), who suggested that writing about U.S. history in Germany meant investigating a more advanced and developed model with the aim of replicating it at home.

Fascination with the U.S. has also been the key pull for Americanist studies in Poland (Marcin Fatalski, Jagellonian University – Krakow) and in Croatia (Tvrtko Jakovina, University of Zagreb). For obvious reasons, the situation has always been different in Russia, where for a long time studying the U.S. corresponded to the national agenda of “enemy studies” (Ivan Kurilla, State University of St. Petersburg). Despite these differences, the conference papers made it clear that the issues and methodologies of U.S.-based Americanist historians have only partially affected how European scholars have addressed the history of the United States. These scholars have largely responded to concerns related to their own national contexts and audience, which has often viewed the U.S. through a stereotypical lens, inevitably influencing how American history has been written and taught.

Many speakers approached the subject of the conference from a different angle by raising the question of the viability of a common European historical perspective on the New World’s past. The subject immediately appeared moot, since the creation of a European perspective would risk fueling Eurocentric inclinations instead of placing modern and contemporary history within a transnational and global dimension. During the final roundtable discussion, Federico Romero (European University Institute) – an historian of American foreign policy – addressed the issue openly. He expressed doubt that a common European standpoint could be built, due to both methodological and institutional difficulties. Concerning the former, Romero feared that the discipline could be influenced by post-Eurocentric leanings, based on the idea of a superior culture imbued with certain allegedly peculiar European values (interdependence, negotiation, etc.). In relation to the latter, building a common European view of American history would require specialized Ph.D. programs and a cluster of three-to-four large centers devoted entirely to the subject. In this age of great disinvestment in the humanities, such an ambition could easily result in disappointment. In response to Romero, Vaudagna stressed that the focus on location discourages any temptation to embrace a Eurocentric approach and sheds light on the multiplicity of European views of U.S. history. This is a multiplicity that reflects the inner-fragmentation of the European project. In this sense, the challenge is not the homogenization of views, but the valorization of this diversity through the crossing of borders. 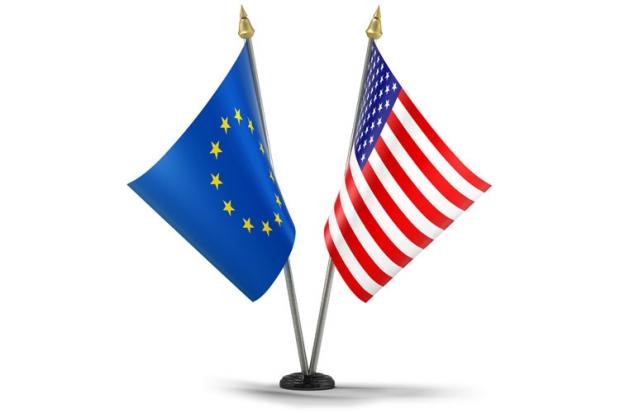 Is it viable to have a common European historical perspective on America’s past?

The presence of scholars from across the globe fostered the development of a more general discussion on the status of the discipline. Romero explained that in many European countries U.S. history scholars had to fight to have their discipline considered worthy of inclusion in academic curricula. In the 1980s, that battle was finally won. American history was no longer considered a second-tier subject and became fully institutionalized, with U.S. history chairs opening in most major universities. Is it still the same in 2015? Over the last decade, with the shrinking of public funds for the humanities, American history has progressively moved to the periphery of history curricula and has become one of the first chairs to be dropped in order to save money. All the speakers accepted Romero’s analysis, but they disagreed on the cause of this crisis. Some (Fasce, of the University of Genoa, for example) suggested that we need to focus on the academic system to understand the crisis of U.S. history, a system that favors the survival of stronger disciplines such as modern history and annihilates smaller fields of research. Others (like David Elwood) wondered whether the crisis is not simply part of a broader tendency that is leading to the disappearance of area studies in general in both American and European universities. However, despite this disheartening situation and the reduction of U.S. history chairs, many speakers agreed that the discipline is still extremely popular among students – a ray of hope for future generations of U.S. History scholars!

In his concluding remarks, Hungarian Americanist Tibor Frank (University of Budapest) stressed the fruitful results of the workshop and the successful intersection of different perspectives. He did however also highlight a void in the discussion, addressing the role of electronic media in conveying U.S. history. This issue is distinct from the stereotypes conveyed by Hollywood movies or TV serials. On the contrary, it sheds light on the new chances the Internet provides to European universities, which could offer their students virtual lectures on American History held in Ivy League schools as paid content. This futuristic scenario left participants with one last open question: How will we reassess the importance of location in historical disciplines when the age of the ‘global village’ finally arrives?

Latinos and the Language Question: Arizona, 1967-70
May #Bookhour: The Underground Railroad by Colson Whitehead
Review: Maple Leaf and Eagle Conference - "North America: Inclusive, Exclusive, and Exceptional" (On...
Review: Joint BrANCH and HOTCUS Annual Conference
The War Memorial in Visual Culture - Triumphalism and Repression in The West Wing and The X-Files
Beyoncé’s 'Lemonade': A Complex and Intersectional Exploration of Racial and Gendered Identity
Film Review: Trumbo (2015)
Celebrating Neutrality? What We Can Expect from America's Ongoing Centennial Commemorations of the “...

Michele Cento is post-doc Fellow at the Istituto Italiano di Studi Storici “Benedetto Croce” and Teaching Assistant of History of Political Thought at the University of Bologna. He got his PhD from the University of Bologna with a dissertation on Daniel Bell. He currently works on the intellectual path of the Italian economist and statesman Francesco Saverio Nitti, focusing on the transatlantic dimension of his reflection. He is Editorial Assistant for the journal “Ricerche di Storia Politica”, member of the editorial board of “Storia del Pensiero Politico” and Associate Editor for the Italian blog ceraunavoltalamerica.it.
View all posts by Michele Cento →
Tagged  C20, C21, Civil Rights, Cultural History, Europe, Foreign Policy, Politics, Transatlantic.
Bookmark the permalink.