Philip K. Dick is a strong candidate for serving as the twentieth century’s science fiction prophet—his novels and essays still resonate with audiences across the globe fifty years after they were written. Whether scholars are analyzing cinematic adaptations of his most popular works, such as The Man in the High Castle (1961) and Do Androids Dream of Electric Sheep? (1969), or critically reading his lesser-known publications, such as The Exegesis of Philip K. Dick (2012), or The Three Stigmata of Palmer Eldritch (1965), Dick’s presence is palpable in both the arenas of academia and popular culture. Organized by Terence Sawyers of Queen Margaret University, “The Half-Life of Philip K. Dick” invited scholars to explore how Dick’s science fictional futures have predicted our science fictional present. 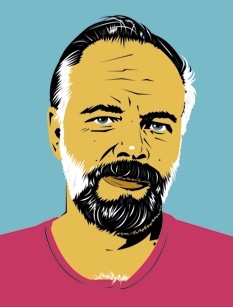 The conference began with a tangent to Dick’s work, a “hard-science” presentation on robotic consciousness and how it can be applied to the present-day field of informatics, but the overall theme of the conference leaned towards social and philosophical theory. Keynote speaker Prof. Robert Fisher (University of Edinburgh) in a paper titled, “Is your robot afraid of dying (and why you should care)?”, demonstrated the complications of transforming something as simple as Asimov’s “Three Laws of Robotics” into an economic optimization problem, and why, with our current knowledge of computer engineering, something akin to “artificial intelligence” (AI) is potentially an impossibility. One of his conclusions indicates a critical failure of AI: hard rules lead to logical conflicts, which is why people have immense systems of laws and judges to provide clarity on a case-by-case basis. Prof. Fisher argues that humans project their own fears and likeness on AIs in movies as a mechanism for increasing narrative tension, as a way of exploring deviant human behaviour, and as a method for providing a cathartic expression of our anxiety with technology.

Shifting more explicitly to Dick’s works, the most discussed novel of the conference was The Three Stigmata of Palmer Eldritch, explored in the presentations of Tallulah Harvey (University of London), Jess Flarity (University of Southern Maine), and Carrie Gooding (Independent Scholar). One of Dick’s lesser-known works, Stigmata tells the story of a future Earth ravaged by climate change, in which a human traveller returning from the Proxima system brings back a reality-altering drug that affects even those who don’t ingest it. Each presenter used this novel as a lens to analyze a different facet of the modern world.

Harvey used Stigmata’s “hot earth” setting as predictor of global warming and connected the idea of “fleeing earth” with Hannah Arendt’s The Human Condition (1958), indicating that our desire to leave the planet stems from a fundamental disconnect with nature. She concluded that Dick’s work is often a criticism of the space race and used Ursula K. Heise’s environmental philosophy to make a stunning connection: in Dick’s novels, the farther away a human travels from Earth, the less “human” they become. 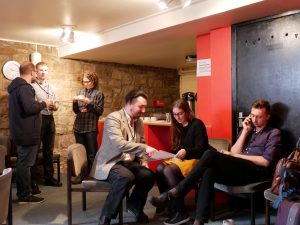 In a contrast to Harvey, Flarity analyzed Stigmata purely for its philosophical underpinnings, using the arguments and structure of the novel, in addition to excerpts from Exegesis and other nonfiction texts by Dick, to make an existential conclusion similar to Dick’s: “reality” is an ongoing “war between concepts”, with the drugs in the story, “Can-D” and “Chew-Z”, serving as stand-ins for the philosophies of Absurdism and Existentialism. Linking texts such as Camus’ The Myth of Sisyphus (1942) and Kierkegaard’s Sickness Unto Death (1849), he demonstrated the incompatibility of these theories on a fundamental level, concluding that choosing to believe one theory over the other is like taking a drug, linking belief itself with addiction.

Gooding’s paper used references to Stigmata’s reality-altering Chew-Z substance to set up a multimedia presentation connecting VALIS (1981) and the Exegesis (2012) with the science of genetics. Her conclusions indicated that the Exegesis serves as a kind of “informational DNA” for Dick’s brain and argued that its content is not an impenetrable block of “mad ramblings” (as some critics lament), but a kind of template from which the informational machine building reality, which Dick sometimes called Zebra (or VALIS), is translated to us through the “wall of meat” (the human brain) and into our world. Gooding’s inclusion of a “dancing gravy man” with this discussion left the audience in a state of complete disorientation, mirroring the altered state one goes into when discussing the dense philosophical texts she referenced, such as Alfred North Whitehead’s Process and Reality (1929). The eternally looped gravy-man image (a gif of a fleshy, human silhouette) served as a representation of our own inability to escape the ontological process of “reality-building” via the interface of our own bodies. 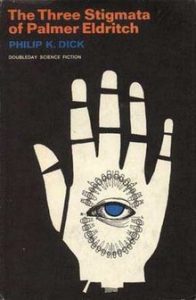 Tommi Brem, an artist, split the day with a “meta” presentation using oversized note cards, something akin to a more intense version of Bob Dylan’s “Subterranean Homesick Blues”, but specifically for Dick fans. Brem’s book, Appendix Dick (2016), is an analysis of every single fictional work by Dick using a single focal point: character names. The book reads somewhat like a cross between a phone directory and a subway map, as Brem makes connections across decades of literature, showcasing Dick’s range and creativity in naming his characters, as well as highlighting some of the more consistent personas in his oeuvre.

Conference organizer, Terence Sawyers (Queen Margaret University), delivered a fascinating presentation on the theory of “conspiracy theory” drawing upon the works of Professor Peter Knight as well as statements from Dick’s last wife, Tessa. Closing the day went to Kari Bowles (University of Edinburgh) who approached the film Blade Runner (1982) with a Beauvoirian lens. She compared the androids in the movie with the feminine “other”, highlighting how their roles in their futuristic society place them as second-class citizens, similar to how women are still fighting for equal rights in our modern day.

Overall, “The Half-Life of Philip K. Dick” proved an excellent continuation of conversations about Dick’s often pessimistic vision of the future. As false information, totalitarian states, and blended realities continue infiltrating our world, open discussions about how our global society should interact with these entities—powerful technologies like the internet, the commoditization and legalization of mind-altering substances such as marijuana—need to be continued in an open forum. Using Dick and his fiction to approach these concepts is a refreshing way to open this often uncomfortable doorway into our hearts and minds, and this conference served as an ideal gateway for scholars to closely analyze the dense, untapped potential in Dick’s more obscure works, The Three Stigmata of Palmer Eldritch in particular.

Review: Bellows and the Body: the Real, the Ideal and the Nude
Review: HOTCUS Postgraduate Conference, 'Crossing Boundaries: Challenging American Norms During the ...
BAAS 2022 Panel Review: ‘Cultures of Surveillance and Counterinsurgency’
Review: 'American Communities: Between the Popular and the Political'
Literature, Education and the Sciences of the Mind in Britain and America, 1850 – 1950
Review: Marx and Marxism in the United States
Conference Review: 'Protest: Resistance and Dissent in America'
Review: ANZASA Conference (Part Two)

Jess Flarity is a bizarro science fiction writer and Philip K. Dick enthusiast. He has a Master’s in Popular Fiction from the Stonecoast MFA program, where he served as Editor-in-Chief for their literary journal, Stonecoast Review. His debut novel about space junkies in Jupiter is forthcoming from a publisher in New York.
View all posts by Jess Flarity →
Tagged  C20, C21, Contemporary Fiction, Film, Literature, Popular Culture, Science Fiction.
Bookmark the permalink.