If the inaugural British Association of Contemporary Literary Studies (BACLS) conference is anything to go by, academics are a dedicated lot. Even persistent hot weather and a World Cup semi-final did not deter over a hundred scholars from gathering at Loughborough University for three days of literary exploration. What Happens Now 2018 (WHN18) evolved from the conference series of the same name that was hosted by Lincoln University from 2010 onwards. In Loughborough the title proved to be a particularly apt description of the conference’s scope. WHN18 showcased the variety of contemporary literary studies as a field, as well as its ability to address pressing issues within academia and beyond. 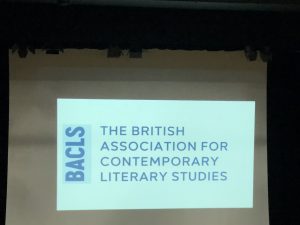 Three broad themes connected many of the papers. Some presenters explored the ability of literary studies to facilitate social activism by making diversity more visible. Other papers expanded the borders of literary studies as an academic field through their analyses of glitches, videogames, and other media not normally thought of as literature. Many sessions also covered major problems currently affecting academia, such as precarity and sexual violence.

Contemporary literary studies, many papers demonstrated, can contribute to the visibility of underrepresented groups and encourage activism. Professor Sandeep Parmar (University of Liverpool) explained in her keynote lecture how poets of colour are still regarded as exceptional in the UK. While mentorship schemes such as her own Ledbury Emerging Poetry Critics Scheme do help to diversify the field, she argued, more action from readers and critics is still needed to tackle misrepresentation.

Several presenters touched upon the problem that visibility does not automatically result in persistent social change. Dr Joseph Anderton (Birmingham City University) explored how fictional representations of homelessness can increase the visibility of vulnerable people. Through analyses of John Berger’s King: A Street Story and Jon McGregor’s Even the Dogs, Anderton demonstrated that while these texts can partially undo marginalization, writing about homeless people does not automatically mean that their voices are more likely to be heard.

Throughout her discussion of Caryl Churchill’s play Escaped Alone Dr Siân Adiseshiah (Loughborough University) questioned representations of ageing in British drama. Responses to the play and its author, she showed, often express a gendered form of ageism. Even though this attitude considers older people to be “ghosts from the past”, Adiseshiah argued the contrary, using Churchill’s oeuvre to demonstrate how the elderly are part of contemporary life. Like Anderton, Adiseshiah was careful not to overstate literature’s revolutionary potential. Increased visibility of marginalized groups, it seems, still needs to be followed by concrete action to ensure theory is put into practice. 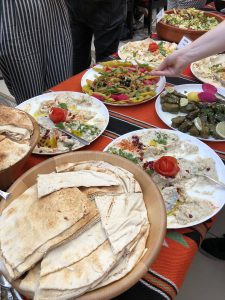 Many papers looked beyond the borders of what is traditionally regarded as literature. Lola Young, Baroness of Hornsey, emphasized the importance of open-mindedness during her conversation with Dr Kaye Mitchell (University of Manchester). A former chair of the Orange Prize and Caine Prize juries, Young stressed that “you can’t have empathy unless you can imagine”, pointing out the importance of inclusivity and diversity as antidotes to structural inequalities within the cultural sector.

Some presenters put this idea into practice by focusing on narrative forms not usually thought of as literature. Doug Stark (University of North Carolina at Chapel Hill) offered an introduction to glitches, defined by theorist Rosa Merkman as “an interruption that shifts an object away from its ordinary form and discourse”, as aesthetic devices. Stark extensively discussed the pleasure that comes with improvisation, but also pointed out that glitches are frequently commercialized, imitated and copied, a practice that could undermine their disruptive potential.

Rory Summerley (Falmouth University) presented his method for the analysis of new media such as video games. Existing interpretive methods are not always suitable for new media because new media stories are often non-linear or unstructured. Summerley’s method borrows from musical and pornographic approaches to storytelling, particularly their emphasis on “numbers” or basic formats as building blocks of stories. Contemporary literary studies, Summerley showed, can extend its focus beyond traditional media by considering alternatives to familiar literary structures and narrative theories.

WHN18 provoked timely discussions about harmful power structures that affect academia and the need to develop a more equal higher education sector. Professor Alison Phipps (University of Sussex) used her keynote lecture to explore the complexities of sexual violence and the widespread problem of institutional airbrushing. Her experience as a co-leader of Changing University Cultures caused her to caution against an “exposing the blemish” approach and to argue instead for critical interrogations of the power structures that all too often facilitate and cover up sexual violence. 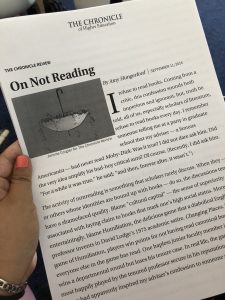 One of BACLS’s action points is the empowerment of early career academics. During the Early Career Roundtable Dr Ben Davies (University of Plymouth), Peter Ely (Kingston University), Dr Sophie Jones (Birkbeck, University of London), Dr Rebecca Pohl (University of Manchester), Professor Nicky Marsh (University of Southampton) and Professor Katy Shaw (University of Northumbria) shared their experiences of the academic job market. The need to address and combat precarity featured strongly in the audience’s responses, as did the need to join forces to achieve this. Proposed solutions included the promotion of the English Association’s Good Practice Guide for Employing Temporary Teaching Staff and the possible creation of BACLS ECR fellowships.

Some presenters explored a grassroots approach as a pathway to a more equal university, presenting case studies that documented how contemporary literary studies can increase student agency and employability. Dr Clare Hutton (Loughborough University) and Dr Kerry Myler (Newman University) shared their experiences as convenors of modules that bridge the gap between literature and the digital. Whereas Hutton’s project introduces students to digital modes of reading, Myler’s module encourages students to create their own online literary magazine. Both approaches ensure the continued relevance of literary studies as a discipline through the inclusion of the digital sphere and the teaching of transferable skills.

Like any good conference, BACLS WHN18 provoked more questions than it answered, a fact particularly evident from the extensive Twitter coverage it generated. The ability of literature and literary criticism to facilitate social activism, the expansion of literary studies beyond traditional narrative genres, and the need to develop a fairer HE sector all merit further exploration. With an upcoming special issue of C21 Literature dedicated to WHN18, the conversation will no doubt continue.

All photos taken by Melissa Schuh. Melissa is a doctoral candidate at Queen Mary University of London and research fellow at Goethe University Frankfurt.

Coco d’Hont is the author of Extreme States: The Evolution of American Transgressive Fiction 1960-2000 (Routledge/Taylor & Francis 2019). She has contributed to the Palgrave Handbook to Horror Literature (Palgrave Macmillan 2018) and her study of Marilyn Manson was published in the European Journal of American Studies in 2017. She tweets as @cococatani.
View all posts by Coco d'Hont →
Tagged  Academic life, C21, Contemporary Fiction, Literature.
Bookmark the permalink.