The 2015 Society for the Study of American Women Writers (SSAWW) Conference was held in Philadelphia, Pennsylvania, on November 4–8. SSAWW celebrated its fifteenth anniversary and its sixth triennial conference this fall, as scholars from across the globe converged to enjoy more than 140 panels. ‘Liminal Spaces, Hybrid Lives’, the theme for 2015, proved a compelling point of inspiration and connection for attendees, whose scholarship spans a range of authors, periods, critical perspectives, and professional concerns. As the 2015 conference organising committee—Director Rita Bode, Associate Director Beth L. Lueck, President Richard Ellis, Program Coordinator Miranda Green-Barteet, Local Representative Rachel Collins, and Graduate Assistants Leslie Allison and Rickie-Ann Legleitner—reminded the delegates, ‘liminality’ and ‘hybridity’ are encompassing terms. 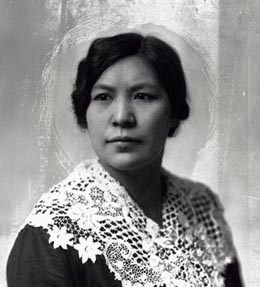 A panel on Mourning Dove was one of many single-author panels of the conference. Photo courtesy of Washington State University Library

SSAWW conference participants revealed refreshingly complex critical interpretations of this year’s theme, that went beyond the post-colonial contexts where so many of us first encountered them. For those seeking deep reading of specific women writers, the program offered a rich array of single-author panels, including those on Harriet Jacobs, Catharine Maria Sedgwick, Margaret Fuller, Alice Dunbar-Nelson, Edith Wharton, Elizabeth Madox Roberts, Willa Cather, and Mourning Dove. Most panels were organised by shared critical interventions that can only begin to be traced in bold-faced terms that catalogue the program’s most urgent lines of discussion. While some presenters addressed questions of place (travel, regionalism, transatlanticism and transnationalism); others focused on civil rights (abolitionism, liberation, disability studies, queer studies, activism); identity politics (intersectionality, racial passing, childhood, girlhood, marriage); and authorship (intertextuality, poetics, private/public discourses, subversive forms and genres).

With their various emphases on race, class, sex, and gender, many panels grappled with what it means to study women, not only as writers, but also as editors, educators, and readers. Reflective of SSAWW’s tradition of supporting feminist teacher-scholarship, panels placed graduate students and junior and senior scholars in direct conversation with one another, inspiring distinctively productive Q&A discussions. ‘Teaching American Women Writers with Digital Tools, Platforms, and Projects,’ one of the most energising sessions, went so far as to flip the traditional panel format: presenters talked for the first few minutes before inviting attendees to participate in smaller, hands-on demonstrations and discussions. 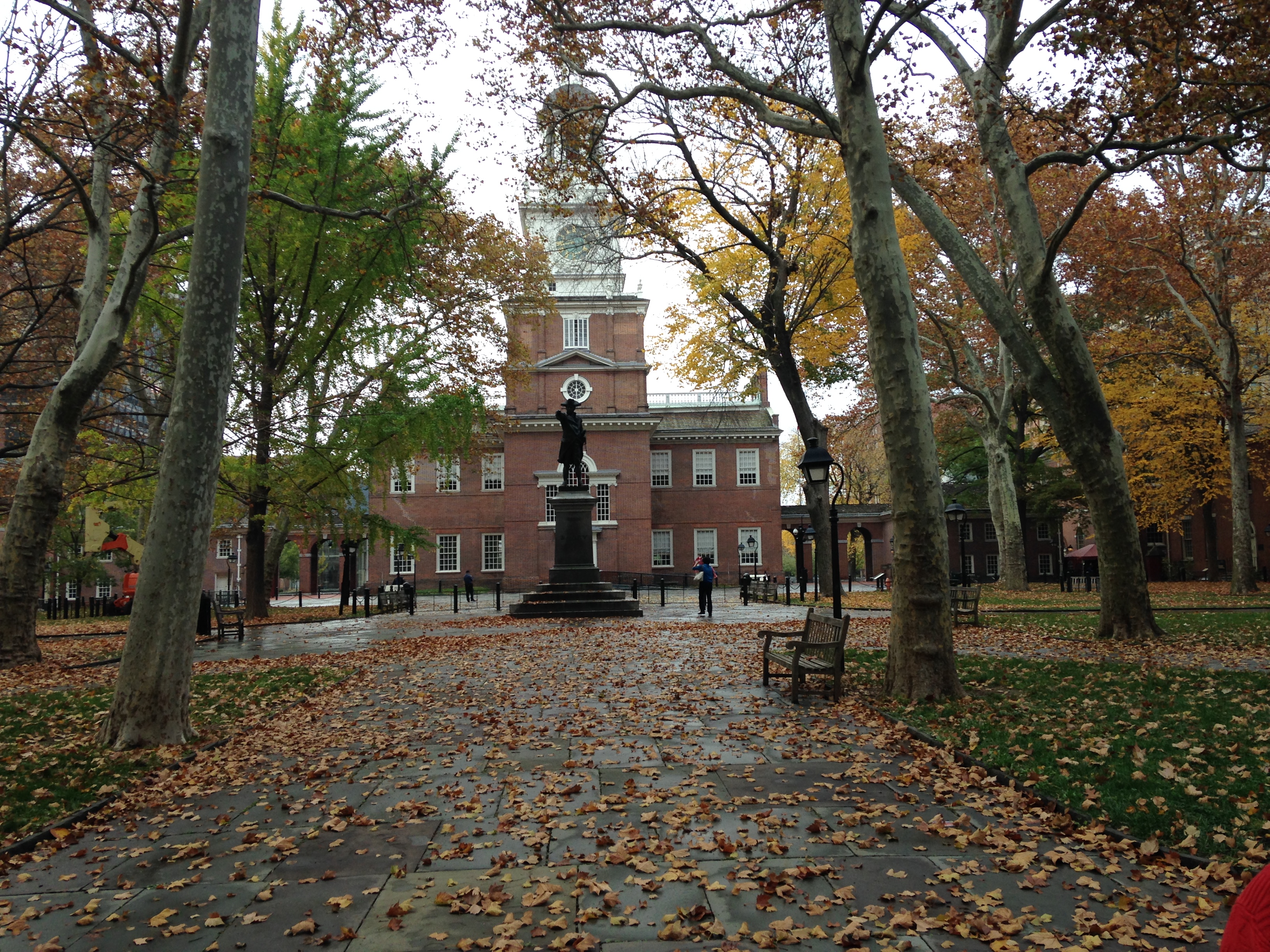 Independence Hall, Philadelphia was one of the highlights of the self-guided walking tour. Photo credit: Mollie Barnes

Beyond these literary critical panels, SSAWW hosted professionalisation sessions for attendees from a wide range of institutions and career stages. To set the tone, the conference began with a pair of ‘Welcome Roundtable Sessions’. The first was a syllabus exchange and the second a discussion on job applications and interviews. In this spirit, the organising committee balanced concurrent sessions with panels that facilitated discussions about the complex roles within home departments, institutions, and fields. For instance, sessions on administration, professionalisation, digital editing and publishing, and open access drew connections between critical concerns and practical experiences within academe, thereby extending the theme of liminality and hybridity to the delegate’s professional lives. Sessions such as, ‘The Personal is Professional’ opened important and timely conversations on feminist scholarship writ large, and topics in such sessions ranged from research and recovery to digital humanities and pedagogies. On Friday morning, the conference hosted a mentoring breakfast, where mentors volunteered to host conversations on topics as wide-ranging as ‘The Demands of Service’ and ‘Motherhood and the Academic Career,’ ‘Flourishing in Alternative Careers for PhDs’ and ‘Forming Societies—Authors and Areas,’ two tables on digital humanities, two on publishing, and many more. On Thursday evening, Cheryl Fish (BMCC/CUNY), Stephanie Smith (University of Florida), and Donna Decker (Franklin Pierce University) welcomed all to the SSAWW Reading, a sister event for their panel, ‘Creative Writers in Academe,’ where they shared their writing and invited conversation about combining critical and creative practices. Conference participants were also encouraged to schedule appointments to chat with editors and to network with colleagues and new contacts at a lunch on Saturday and a breakfast on Sunday.

SSAWW name tags were a-flutter in the crisp autumn wind as participants enjoyed walking tours around and across historic Philadelphia. Thanks to Rachel Collins and Phyllis Cole, who prepared the booklet Women of Words in Philadelphia, attendees continued discussions from concurrent sessions on self-guided tours that drew delegates to key sites in US women writers’ private and public lives. Just minutes from the panels, conference goers could linger before Mother Bethel A.M.E. Church and Mikveh Israel Synagogue; Independence Hall and the site of Pennsylvania Hall; and one-time homes of Rebecca Harding Davis, Sarah Josepha Buell Hale, and Frances Ellen Watkins Harper. In fact, the conference location made many more cultural and historical excursions possible, including Fashioning Philadelphia: The Style of the City, 1720–1940, an exhibit at the Library Company of Philadelphia,  and site of the special reception on Thursday evening. 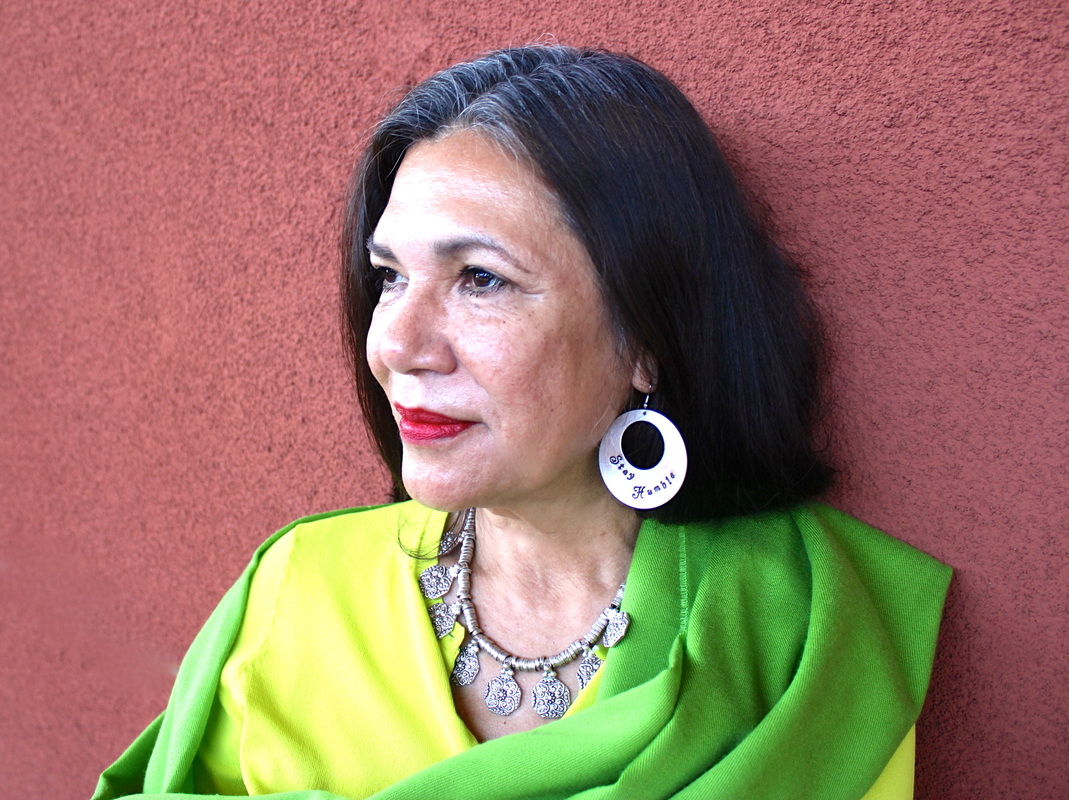 Following these announcements, Castillo gave her highly anticipated keynote. Castillo, author of The Mixquiahuala Letters (1986), So Far From God (1993), Massacre of the Dreamers: Essays on Xicanisma (1994), Peel My Love Like an Onion (1995), and many other novels and collections of essays and poems, addressed the subject of making writing visible to the world. “Writing is something I did since I first held a pencil,” she reminisced, before quipping, “and it got out of hand.” Castillo’s talk—part memoir, part meditation on the trials and tribulations but also the joys of publishing her work—dovetailed with many of the conversations overflowing into the ballroom from the long-weekend’s panels. Her responses and rejoinders to questions constellated Sor Juana, la Virgen de Guadalupe, Xicanisma, being a mother and grandmother of color, teaching and learning multiple languages, education policy, grammar, cursive handwriting, translating, forthcoming work, writing in multiple languages and genres, love for books and bookshops, media literacies, formal hybridities and liminalities, and memories of The Girlfriends at The Library of Congress.

Fortunately, the next three-year cycle will bring not one but two SSAWW Conferences, including the first international meeting. Université Bordeaux Montaigne will host ‘Crossing Borders’ on 5–7 July 2017, with Stéphanie Durrans ( l’université Bordeaux Montaigne)serving as Conference Director. SSAWW will return to the US for its regular triennial meeting, which will be held in Denver, Colorado on 7–10 November 2018. CFPs for both conferences are forthcoming. For more information on SSAWW, please visit https://ssawwnew.wordpress.com/. To read Twitter archives by this year’s conference participants, search #ssaww15.

Mollie Barnes is an Assistant Professor at the University of South Carolina Beaufort, where she teaches American literature and composition. She specializes in nineteenth-century transatlanticism. Her current book project—‘Unifying Ambivalence: Transatlantic Histories, Italian Temporalities’—studies ‘problem’ texts written by Anglo-American expatriates during the Risorgimento and the Unification of Italy. ‘Unifying Ambivalence’ imagines new paradigms for transatlantic reading practices by tracing parallels between our own historiographic dilemmas and revisions and those present in nineteenth-century expatriate texts.
View all posts by Mollie Barnes →
Tagged  C20, C21, Pedagogy, Women's Writing.
Bookmark the permalink.