When James Baldwin wrote that “The story of the Negro in America is the story of America”[1] he questioned the ways in which history weighs upon what it means to be Black. Moreover, he asked us to recognise that what it meant to be American was tied up with the history of subjugation. The persistent dehumanisation of African Americans was, for Baldwin, linked to the myth of America. But the real stories of America were those that Black Americans had to tell and these, wrote Baldwin, are the stories that “no American is prepared to hear.”[2] The question of how, and by whom, the stories of Black America are told formed the basis for discussions across several panels at the 22nd Annual SASA conference. Papers by Postgraduate and Postdoctoral Researchers discussed Black narratives from Slavery to the Black Lives Matter movement, asking who tells the story of Black America and where do we go to read it?

Through the testimony of formerly enslaved women interviewed for the Federal Writers’ Project of the Works Progress Administration in the 1930s, Erin Shearer (University of Reading) uncovered the stories of enslaved women’s resistance. Martha Bradley’s description of responding to the verbal abuse of her overseer by knocking “him plum down”[3] using her hoe is one amongst many enslaved women’s accounts of reactionary violence against white male overseers. In these stories women repeatedly fight verbal and physical punishment most commonly, and ironically, by using the plantation’s own labour equipment to protect themselves. Highlighting the weaponization of plantation equipment forms an important component of the story of female resistance to violence but these are, as Shearer noted, often difficult stories to locate. Plantation ledgers offer numerous but usually incomplete accounts, where the consequences of enslaved women’s actions are often not recorded by the white overseers who wrote them. Here, we encounter problems of whose accounts we rely on to trace these acts of resistance. However, Shearer’s paper highlighted the ways that even fragments of these accounts can help us towards telling new stories. 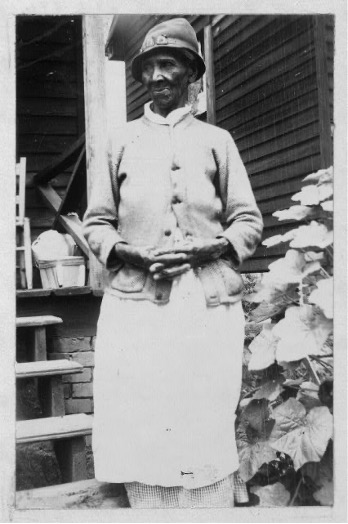 Similarly, Katherine Burns (University of Edinburgh) discussed the fragmented stories (and sources) of the African American family in the Reconstruction Era. Looking at the ‘Information Wanted’ adverts of church sponsored African American newspapers Burns considered how these adverts functioned both as attempts to reconnect violently fragmented families and as ways for displaced African Americans to tell their own stories. In considering the adverts as a sort of autobiography, Burns inscribed new meaning onto documents beyond their primary purpose. Often these adverts were used as a way for African Americans to record the narratives of their families, both those who they were trying to find and those who they knew were already dead. In her adverts in the Southwestern Christian Advocate and the Christian Recorder Caroline Holloway (who also sometimes wrote adverts as Caroline Williams and Carolina Williams) memorialised her mother’s suicide in what Burns described as both autobiography and gravestone.[4] By putting into print a record of her mother’s death, Holloway gives voice to her story via a platform that many others were using to try and reconnect with loved ones. Here too was a place where African Americans could connect with each other’s stories. The importance of African American newspapers in facilitating the reconnection of displaced families is reiterated in Burns’s work but what is most interesting is the consideration of those records as a part of a broader, fragmented body of sources that tell the stories of Black America. 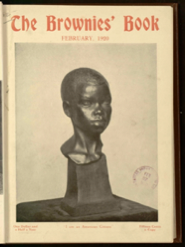 Periodicals have a long-standing significance in African American history as documents for communication, resistance, activism, and art. From the church sponsored newspapers of the nineteenth century to the organisational and literary journals of the Harlem Renaissance like The Crisis and Opportunity, the Black press has played an enormous role in connecting Black Americans to their communities and histories, curating and promoting a range of Black narratives. My own paper (Liverpool John Moores University) highlighted The Brownies’ Book (1920-1921), the first magazine for Black children, which emerged from the annual children’s issues of the most successful African American magazine of the early 20th century, The Crisis. Edited by W.E.B DuBois, the new children’s magazine continued the work of its predecessor in documenting the achievements of historical and contemporary Black people in the US, as well providing a wealth of literature that centred the experiences of people of colour the world over. Although periodicals were not the direct topic of further papers, the idea of the periodical as an ephemeral visual and textual space for collecting and curating Black news, history, narrative and activism had echoes in Hannah Jeffery’s (University of Edinburgh) discussion of murals in the Black Power and BLM movements. Jeffery discussed the multifaceted functions of Black murals as art, memorial, story telling and communication. The use of murals as meeting places for activists as well as places to paste information and reports cut out from newspapers illuminates these interactive spaces. Much like the periodicals of the nineteenth and early twentieth centuries, murals function as public places in which African Americans capture, curate and continually refresh the stories they want or need to tell and that they want others to read. 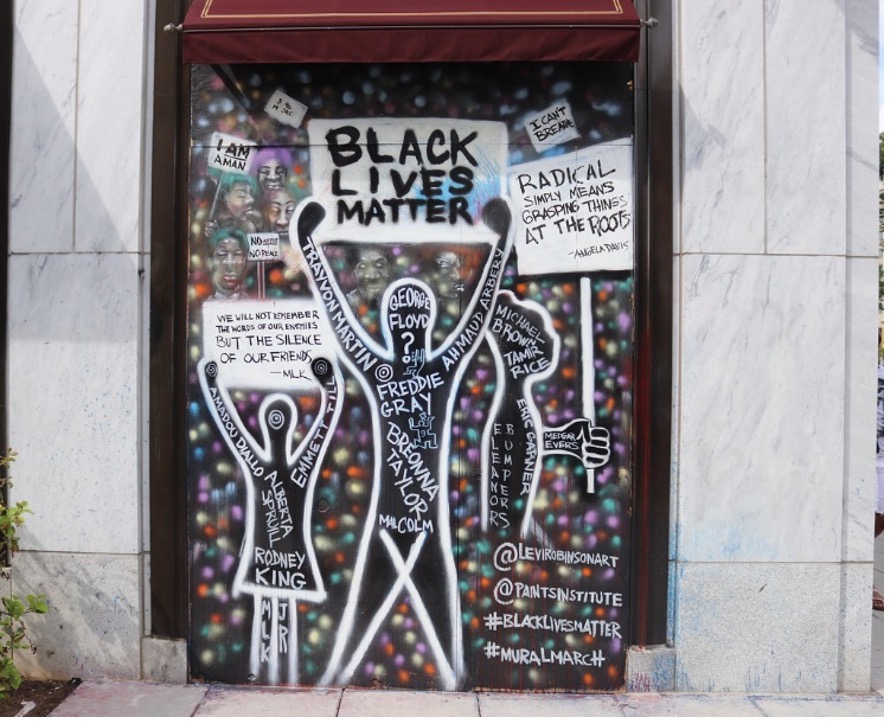 The breadth of source material that papers on African American writers and activists covered across the day’s panels spoke to the importance of locating Black voices in the stories of America. Marianne Gallet (University of Glasgow) looked to poet Claudia Rankine’s combination of text and art as reclaiming the narratives of Black history and culture; Kiefer Holland (University of Edinburgh) considered the role of anti-slavery activist Charlotte Forten’s personal “Daybook” in navigating grief; and Candice Walker (University of Glasgow) read poets Sonia Sanchez and Nikki Giovanni’s textual resistance to exclusion from the Black Arts Movement. In Elizabeth Reichman’s (University of Texas at San Antonio) discussion of civil rights activist Daisy Bates she highlighted the problem of women’s (in)visibility in histories of activism. Whereas Aija Oksman’s (University of Edinburgh) paper on the FBI files of playwright Lorraine Hansberry and author James Baldwin discussed the resistance to public visibility of African Americans, specifically the writers who the government named as threats. And this is what Baldwin meant when he wrote that the stories of Black America were those that Americans did not want to hear; the stories that Black Americans have to tell are stories that threaten to remind us of what America thinks it can forget. But in the disparate sources that today’s researchers are looking to in order to continue documenting the stories of Black Americans, we see that the story of Black America is being told everywhere, from the archives to the streets.

Katie Taylor is a second year PhD student in English at Liverpool John Moores University. Her thesis examines race, citizenship, and childhood in The Brownies’ Book. She completed both her undergraduate and MRes degrees in English, writing dissertations on Angelina Weld Grimké’s antilynching literature, and race and marriage in the magazine fiction of Charlotte Perkins Gilman and Jessie Fauset. She likes birdwatching, walking, and reading.
View all posts by Katie Taylor →
Tagged  Conference Reviews, SASA.
Bookmark the permalink.