Professor Margot Canaday (Princeton University) delivered queer UCL’s annual plenary lecture on ‘“The One’s Who Had Nothing to Lose”: Days and Nights in the Queer Work World’. Canaday took audience members on a spatial tour of the ‘queer work world’ of the 1950s and 1960s United States. This was a working world comprised of service work, factories, bars and sex work: jobs that affirmed rather than negated gay identity, but which were also low paying with limited opportunities for advancement. Some denizens of the queer work world swapped better paid jobs in the straight work world for safety on the job, while others were forced to accept this type of employment after being kicked out of the straight work world because of an arrest or being purged from a government position. By showing how blue-collar factory jobs affirmed identity in work, Canaday offered an alternative reading to Marx’s interpretation of factories as sites that deny a person’s sense of self.[i] The downward mobility that assisted the freedom of expression of this type of employment made the queer work world what historian Allan Bérubé described as both a trap and a refuge, and encompasses the complex intersections between queerness, labour, capitalism and sexuality that attendees mined during the following day’s stimulating and timely conference organised by Joshua Hollands (UCL) on ‘Queer Work/Queer Labour’ at UCL. 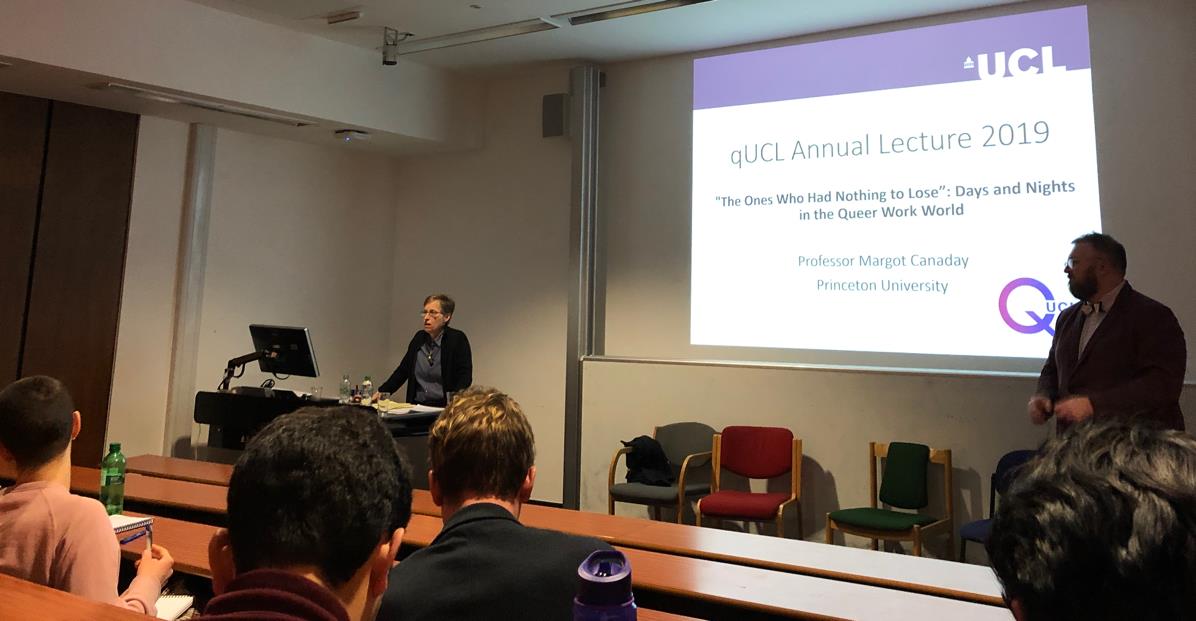 Margot Canaday, “‘The One’s Who Had Nothing to Lose”: Days and Nights in the Queer Work World’.

Gay workers have often debated the potential merits and drawbacks to revealing their queer identities on the job. In her paper, ‘Workplace Harassment and Discrimination and Gender Non-Conforming Lesbians’, Michelle Hamilton-Page (Royal Roads University) examined how LGBT+ people have navigated the workplace from a place of visibility. Throughout the twentieth century, the consideration of whether or not to be out at work was not equal across lines of race and gender. According to Canaday, in the 1950s and 1960s, white men sometimes hid their queerness to ascend the class structure, but no such incentive existed for African Americans and women of all races who were not going to be promoted anyway, and who instead focused more on concealing their queerness to their families and communities.

In his pioneering study of gay New York, historian George Chauncey argued that in the first-half of the twentieth century, gay women and men were part of a visible, largely working-class queer world, where the performance of gender norms mattered more to straight society than the sexual acts in themselves. As long as a man performed toughness in work, Chauncey observed, he was considered masculine or ‘trade’, even if he engaged in sexual activity with another man in private.[iii] Canaday concurred that queer women working in male-associated service and factory jobs in the 1950s and 60s got along better when they looked and acted like one of the guys. Discussing Édouard Louis’s 2014 memoir, The End of Eddy, Nathan French (Humboldt Universität) recounted the violence and rejection that assisted being visibly gay in a working-class village in northern France that was committed to upholding heteronormativity and machismo. Moreover, in her analysis of drag’s potential to challenge the way we culturally understand gender roles, Shayna Maci Warner (New York University) argued that drag queen and producer of the reality television series RuPaul’s Drag Race, RuPaul’s advocacy of the position that drag is at its best when it’s a men-only sport, alongside his commitment to ‘passible femininity’, excludes cisgender or non-binary, woman-bodied performers on Drag Race and beyond. 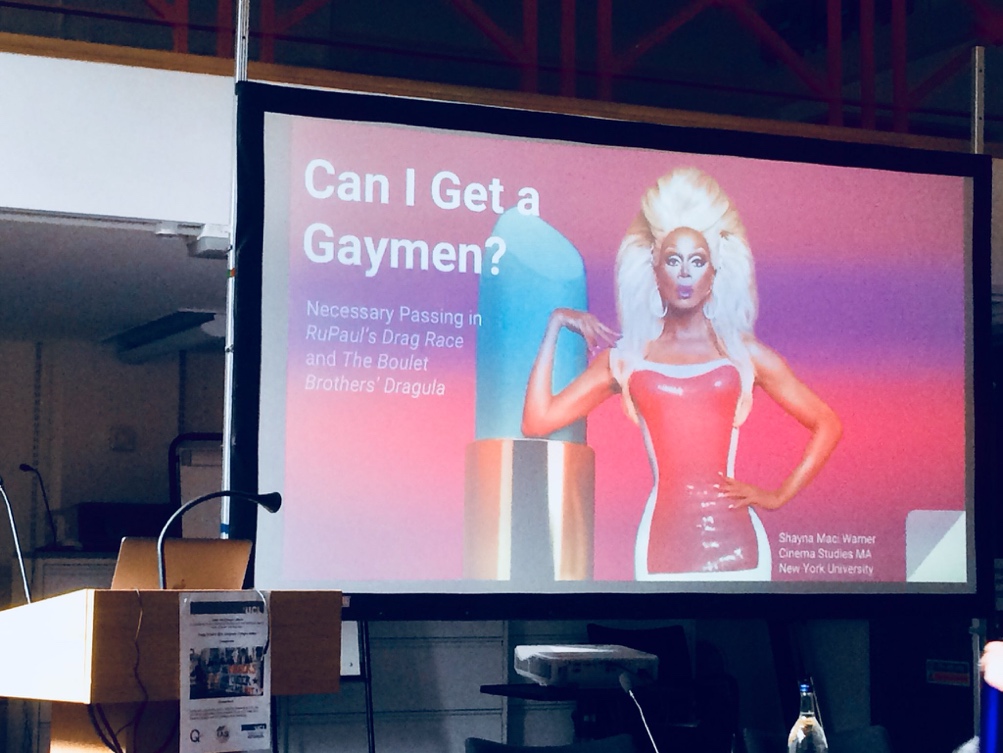 Shayna Maci Warner, ‘Can I Get a Gaymen? Necessary Passing in RuPaul’s Drag Race and The Boulet Brothers’ Dragular’.

In the domestic work world, lesbian women have often chosen to conceal their queerness out of economic necessity. Looking at the emergence of Wages Due Lesbians, a Toronto-based lesbian group that was part of the Marxist feminist group Wages for Housework in Canada in the 1970s, Liz Millward (University of Manitoba) and Alva Gotby (University of West London) discussed how women demanded financial compensation for the invisible daily emotional and sexual labours of femininity expected of them in order to overcome their economic dependence on men. Arguing that poverty and not a low level of consciousness limited women’s ability to come out, Wages Due Lesbians sought salaries for unpaid housework to give every woman a choice to live separately from men. Wages Due Lesbians were committed to ‘autonomous organising’, a notion that lesbian women should work alongside straight women in order to demand time, money and space for themselves. Similarly to Katherine Jennifer Hemken (University of Oldenburg) who applied Jack Halberstam’s queer theory of time to Sarah Waters’ Fingersmith (2002) in order to highlight alternatives to the heterosexual institution of the family, Wages Due Lesbians organised for alternatives to the emotional labour of performing unwaged reproductive work at home.[iv] 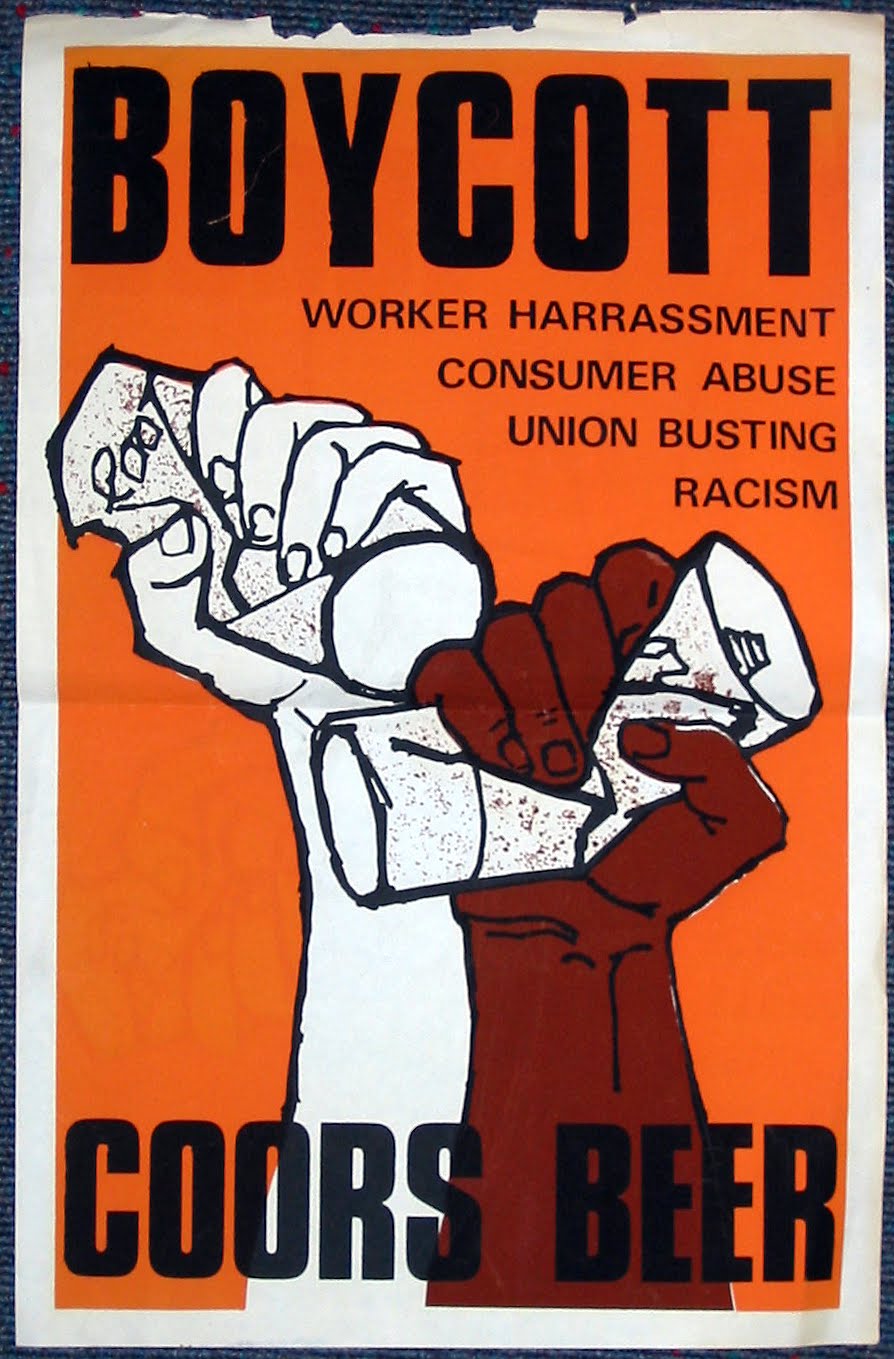 In the 1970s, following the 1969 New York Stonewall Inn riots that marked the beginning of the gay liberation movement, LGBT+ communities forged effective alliances with trade unions that helped affirm queer identities and advance queer rights on the job. In her plenary paper, ‘Queer Trade Union Activism’, historian Miriam Frank traced three battles that the gay community and trade unions fought together in the 1970s.[v] The first was against Coors Beer, who in the mid-70s discriminated against gay and pro-union applicants in their hiring practices; the second was against Anita Bryant, who in 1977 launched a campaign to repeal a Florida ordinance which prohibited discrimination on the basis of sexual orientation; and the third was against Senator John Briggs, who in 1978 sponsored an initiative, also known as Proposition 6, that would have prevented gays or those who supported gay rights from working in public schools in the state of California. Frank explained that while such homophobic initiatives threatened gay rights and gay lives, they also provided queer workers with a critical ‘opportunity to organise’ in the 1970s. Stephen Colbrook  (Cambridge University) similarly showed how the emergence of the AIDS epidemic in the early 1980s provided gay legislators an opportunity to integrate themselves into state policymaking and help pass legislation protecting the health and civil rights of people with AIDS in California. These gay activist policymakers, who were mostly white men, often overlooked the concerns of racial and ethnic minorities and reminds us of the need to give voice to the many LGBT+ people who have lived at the intersection of multiple systems of oppression and discrimination in the present and the past. 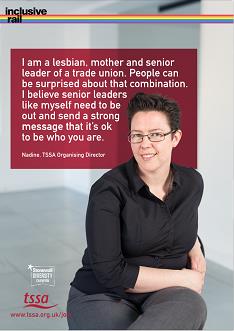 Today, trade unions continue to make visible LGBT+ workers in an effort to tackle discrimination and advance workplace rights. In the final paper of the day, Nadine Rea, organising director of the Transport Salaried Staffs’ Association (TSSA)—an independent trade union for transport and travel trade industries—detailed the union’s many efforts to make the railway inclusive to LGBT+ workers, including through its role models and allies’ poster campaign.[vi] Rae also emphasised the need for labour organising to address issues around race, ethnicity, and gender in addition to sexuality. One outcome of this is that the TSSA, along with the Trade Union Council (TUC), opposes Brexit as a phenomenon that has both perpetuated harmful myths around immigration and threatens rights at work.[vii]

In bringing together the perspectives of contemporary labour activists working to advance queer rights today with researchers integrating the working lives of queer people into the existing field of labour history, ‘Queer Work/Queer Labour’ showed that queer life takes place at work, and that workplaces, whether factories, restaurants or drag shows have played a central role in the creation and contestation of queer identities and rights. Above all, it highlighted how we as a community, like queer workers in the past, might use the uncertainty of our current political moment as an opportunity to build alliances that help protect the rights and improve the working lives of all.

“Your Name is Safe”: The Ladder as lesbian literary community
Folktales in Randa Jarrar's 'A Map of Home' (2008)
Folklore and Gay Literature: The Making of a Community
60 Seconds with Christina Westwood
Trauma, Code and 9/11: Reading Vulnerability in a Digitized Present
The Stettheimer Dollhouse: A Life and Salon in Miniature
Book Review: Critical Lives, 'Herman Melville' by Kevin J. Hayes
Pills, Politics, and Movie Magic: Big Pharma, the FDA, and the Dallas Buyers Club

Emma Day is a DPhil candidate in US History at the University of Oxford. Her research focuses on women’s activism in response to the AIDS epidemic in the United States from the 1980s to the present day. She is also Postgraduate representation of Historians of the Twentieth Century United States (HOTCUS).
View all posts by Emma Day →
Tagged  C20, C21, Gender and Sexuality, Labour, LGBT, Queerness.
Bookmark the permalink.