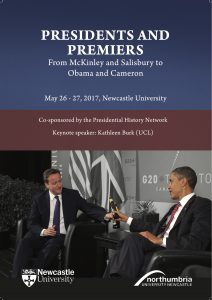 Just before this conference met, the New York Times published leaked photos of the May 2017 Manchester Arena bombing, images shared with the US by the UK intelligence community. Suddenly, the relationship forged in the Second World War and defined by the sharing of intelligence, faced a real, and public, test: a Prime Minister protested to a President and the “special relationship” was once again under scrutiny.

Donald Trump and Theresa May had developed a very apparent, and variously explained, personal bonding when she became the first head of government to meet him as President; for him, she was “My Maggie.” Ronald Reagan and Margaret Thatcher symbolically overlooked proceedings as, physically (in the form of his infamous bust), did the architect of the Special Relationship, Winston Churchill. Just as Reagan and Thatcher, and Roosevelt and Churchill, had their awkward moments, so May had made no secret of her disapproval of Trump’s election campaign, and Trump devised the constitutional innovation of suggesting a political adversary of the Prime Minister to be the UK ambassador to the US. Moreover, his “America First” platform was not an obviously trans-Atlantic one.

These events provided the backdrop to the Presidents and Premiers conference held at Newcastle University (26-27 May 2017). Supported by Newcastle University’s School of History, the University of Roehampton’s Department of Humanities, and the Presidential History Network, the event brought together ten invited speakers who delivered a rich analysis of the personal relations between US presidents and UK prime ministers. The conference was designed as a workshop for participants to consider their respective cases in a wider context of presidential and prime ministerial history. The final product will be a book of essays detailing the relationship of nearly every prime minister and presidential duo of the twentieth century.

Andrew Ehrhardt (Kings College London) opened the batting with an account of Grover Cleveland and Lord Salisbury, to whom Venezuela served to foster better personal and private relations among principal decision-makers that would eventually lead to rapprochement. The cordiality of a “special relationship” remained some way away, however, and was brought no closer by Theodore Roosevelt and Arthur Balfour, a partnership that Michael Cullinane (Roehampton) described as “friendship without familiarity.” That they never met whilst in office served to produce some misconceptions, but the growing partnership was fostered by ideology, common strategic objectives, and a number of diplomatic intermediaries. Woodrow Wilson and David Lloyd George elevated it further as partners in war, but, as John Thompson (Cambridge) pointed out, they found themselves as antagonists at the peace.

Another war occasioned another relationship defined by it. Churchill’s non-consecutive terms as prime minister offered an opportunity to examine the wartime leader’s relationship with Dwight Eisenhower, who engaged Churchill as prime minister as Supreme Allied Commander as well as president in the 1950s. Justin Olmstead (Central Oklahoma) outlined a functional respect between with two, despite differences in age and experience, personality and approach to international relations.

It was an ‘American’ war that also defined the relationship of Lyndon Johnson and Harold Wilson, and Wilson’s attitude towards it soured Johnson’s view of him. Sylvia Ellis (Roehampton) told the conference that their personal pragmatism produced a working relationship that concealed the friction beneath. It could, however, do nothing to disguise Britain’s declining power and influence. The oft-cited nadir of Britain’s history – the 1970s – was the context to the account of Todd Carter (Oxford), of James Callaghan’s relationship with two presidents: Gerald Ford and Jimmy Carter (the workshop being held across the street from Newcastle’s Civic Centre where Carter proclaimed “Hawa’y the Lads” 40 years ago that month). Callaghan’s sagacity encouraged presidents of the 1970s to defer to his judgment, and thus reinvent the power dynamics of the special relationship after a cool few years.

That affinity was as nothing to that of Reagan and Thatcher. Jim Cooper (Oxford Brooks) explained how the 1980s context of free-market economics and repeated conservative electoral mandates in both countries helped furnish this image, but he problematized the relationship by displaying the fissures created by winning the Cold War. The public and historical profile was and remains an impressionistic one.

The depiction of Prime Ministers as friendly canines ever-attentive to the opening at the posterior end of the alimentary canal of presidents is a longstanding one.  James Ellison (Queen Mary) accounted for perhaps the most craven closest relationship: that of Tony Blair and George W. Bush.  Post 9/11, the ‘War on Terror’ redefined international relations, and the domestic politics of each country. Two of the beneficiaries, Barack Obama and David Cameron, were discussed by Martin Farr (Newcastle). No President was more unlike, and no Prime Minister more typical, than the two whose terms of office were almost contiguous, and who made much of first-name terms and choreographed meetings which appeared (somewhat deceptively) as a ‘bromance’. 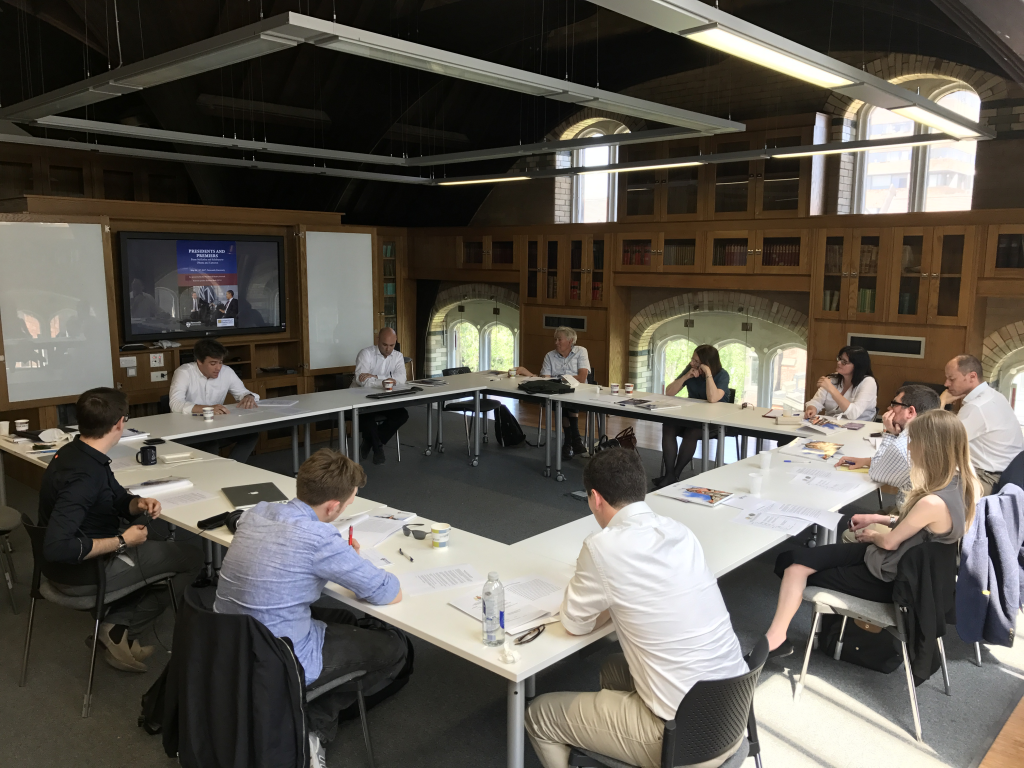 Kathleen Burk, the academic doyen of Anglo-American relations, concluded the event with a majestic tour d’horizon of transatlantic relations past and future and the presidents and prime ministers that defined them. Burk described her presentation as “the lake” upon which the preceding papers sailed upon. It set upon many of the themes discussed, and Burk questioned the role of the individual in the face of global events.

Thrown together by circumstance and defined by their own personal character traits, the combination of any president and prime minister is unique and defined by its historical context. Whether the relationship was ever really a partnership, or if the legacy of past duos like Churchill and FDR has had a disfiguring effect on our perception of the relationship, it was throughout challenged by researchers aware as they are of the enduring political significance of the phenomenon.

Martin Farr is Senior Lecturer in Modern and Contemporary British History at Newcastle University. His recent publications include articles on the 1918 general election, the politics of strategic bombing 1940-5, and package holidays in the 1970s.  He’s currently working on a book entitled Margaret Thatcher’s World, and articles and chapters on: the Representation of the People Act 1918; British seaside resorts since 1945; leaders of the Labour Party in the 1980s; the deaths of Hugh Gaitskell and John Smith; and the film version of Oh! What a Lovely War.  He’s also contributing to a textbook called Britain and the World, 1603-2015.

Michael Cullinane is Professor of U.S. History at Roehampton University. His research explores the foreign policies of the United States during the early twentieth century, and particularly the international relations of that period. His most recent book, Theodore Roosevelt’s Ghost: The History and Memory of an American Icon, is the first comprehensive examination of Roosevelt’s legacy and details the frequent refashioning of this American icon in popular memory. Before joining Roehampton in 2017, he also taught at University College Cork, the University of Leicester, and Northumbria University.

Todd Carter is a DPhil candidate in History at University College, Oxford. His research focuses upon the conduct of British and American policies toward Rhodesia in the context of the Cold War in Southern Africa, c. 1963-1980. At the same time, his doctoral project will also shed light on the part that personality and human relationships played in promoting (and occasionally obstructing) progress toward majority rule in Rhodesia, and consider whether partisan control of British government mattered for relations between Britain and the United States. Prior to starting his DPhil, he gained a distinction in an MSt in Modern British and European History at the same institution and, before that, a first class BA (Hons) degree in History and Politics from Oxford Brookes University.

Todd Carter is a DPhil candidate in History at University College, Oxford. His research focuses upon the conduct of British and American policies toward Rhodesia in the context of the Cold War in Southern Africa, c. 1963-1980. At the same time, his doctoral project will also shed light on the part that personality and human relationships played in promoting (and occasionally obstructing) progress toward majority rule in Rhodesia, and consider whether partisan control of British government mattered for relations between Britain and the United States. Prior to starting his DPhil, he gained a distinction in an MSt in Modern British and European History at the same institution and, before that, a first class BA (Hons) degree in History and Politics from Oxford Brookes University.
View all posts by Todd Carter →
Tagged  C19, C20, C21, Foreign Policy, Politics, Presidents, Transatlantic.
Bookmark the permalink.