Review: ‘Poetry and Collaboration in the Age of Modernism’ Conference

‘Poetry and Collaboration in the Age of Modernism’ Conference, Trinity College, Dublin, 2-3 July 2015

This conference’s call for papers began with the sentence “poems are the products of collaborative exchange.” This is all well and good when you want to put together an event about collaboration, but it goes almost directly against the grain of typical imaginaries of poetry’s compositional processes, which tend to involve a lot of alone time. Most analyses nowadays recognise (even if implicitly) that poetry is not merely a product of isolated, individual genius. Nevertheless, direct treatments of poetry’s collaborative modes remain relatively rare. ‘Poetry and Collaboration in the Age of Modernism’ aimed to bring these modes to the fore. As it turns out, the idea that poems are essentially, maybe even generically, bound up with various modes of discursive and cultural exchange is one prevalent in a huge variety of approaches to literary study, and this prompted a lively meta-discussion about the idea of collaboration-as-theme or -as-topic. Is it meaningful, that is, to talk about collaboration as anything other than co-authorship? Or, if we define it in other ways, does it slowly come to mean everything, and therefore nothing?

The answer to the first question is obviously “yes,” but the answer to the second is perhaps still debatable. Because the word “collaboration” can contain so much, ‘Poetry and Collaboration’ brought together scholars with wildly different interpretations of what it means to work together. The opening keynote by Peter Howarth (Queen Mary) set the tone by being generally definitional. For Howarth, the word could potentially replace “context” in discussions of historical environment, in order to give us a more active way to talk about the interactions between artists and their surroundings. Originally, publicity outlets for poets from Williams to O’Hara, poetry readings and recordings, for example, became crucial generative sources rather than simply something a writer had to do to sell books. Performance, in this reading, moves from being an end result to an active interlocutor. The sense of “shared time” that stems from such interlocution extends to the numerous and providential connections that surround and produce any poetic utterance. The only definition of collaboration that is broadly legible, Howarth suggests, is one that emphasises these performative and temporal functions. 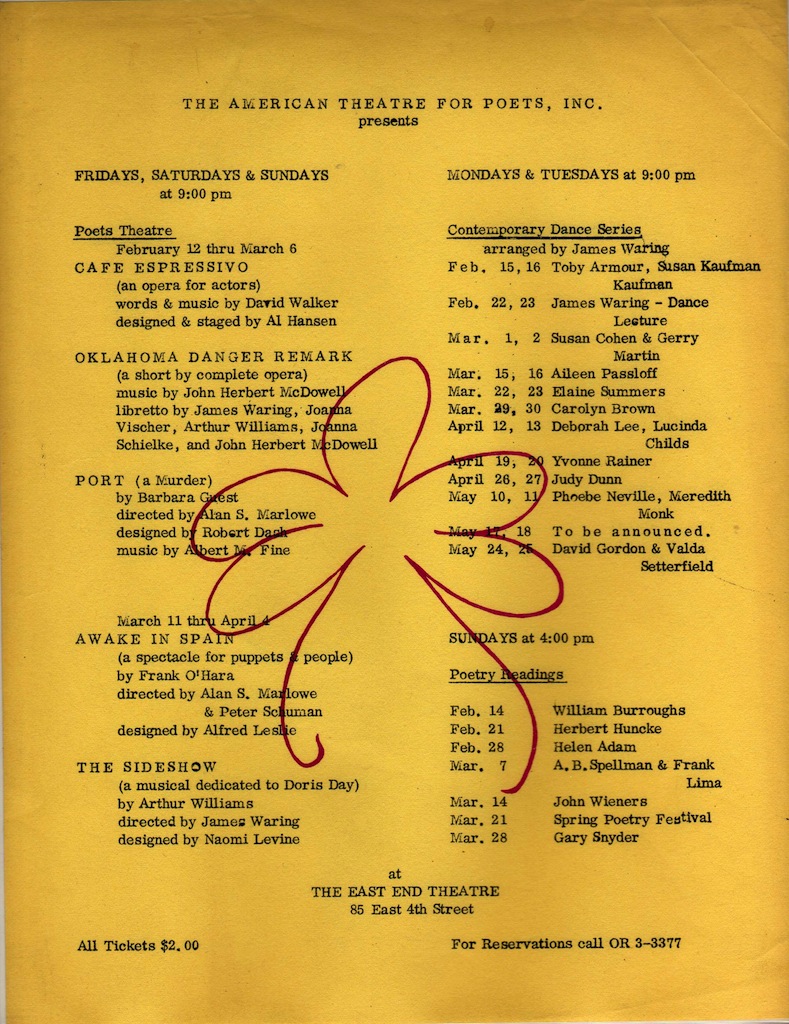 The closing lecture, delivered by Alex Davis (University College Cork), took a more historical approach to the question of what, exactly, it means to collaborate in or on poetry. Tracing Ezra Pound’s various distortions of Propertius in the Cantos, Davis examined the validity of connecting Pound’s allusive and fragmentary style to the so-called “uncreative writing” of today’s Conceptual poets, most (in)famously practiced by Kenneth Goldsmith and Vanessa Place. Davis remained unconvinced that Pound can be usefully seen as a kind of proto-Conceptualist, a stance with which most of the delegates seemed to agree. If Pound has anything to do with more contemporary movements, it would appear to center on the differently situated, but equally unfortunate, politics of his fascism and current Conceptualism’s recent forays into race relations. Collaboration, as is perhaps obvious, is never a neutral act, and this fact may indeed be enhanced when your collaborator is dead.

In between these two very different ways of interrogating what we mean when we talk about cooperating, the panels considered everything from Black Mountain College to the blues, moving around in the spaces between literature, music, art, education, and even architecture. In such a context, it becomes important to ask certain methodological questions. Sarah Terry (Oglethorpe University) did so when she took on the “musico-literary” and its propensity to reduce each discipline to a set of metaphors designed to describe the other. How, she asked, can we work in more than one discipline without reducing both to a set of handy keywords?

The relationship between poetry and music was a strong theme throughout the conference, and several papers demonstrated a range of possible answers to Terry’s question. The use of aesthetic description to emphasise contextual realities, for example, was evident in papers such as Annika Forkert’s (independent scholar) examination of the revisionary progression of William Walton and Edith Sitwell’s Façade: An Entertainment, and Michael Skansgaard’s (University of Cambridge) riposte to a host of critics that would set blues rhythms against a white European ‘precursor’. Together with other interdisciplinary papers, they highlighted an advantage of the conference theme: by foregrounding—either as productive or destructive—the collaborative site, scholars can begin to transcend metaphor-slinging and really delve into the deep networks of trans-generic artistic production. 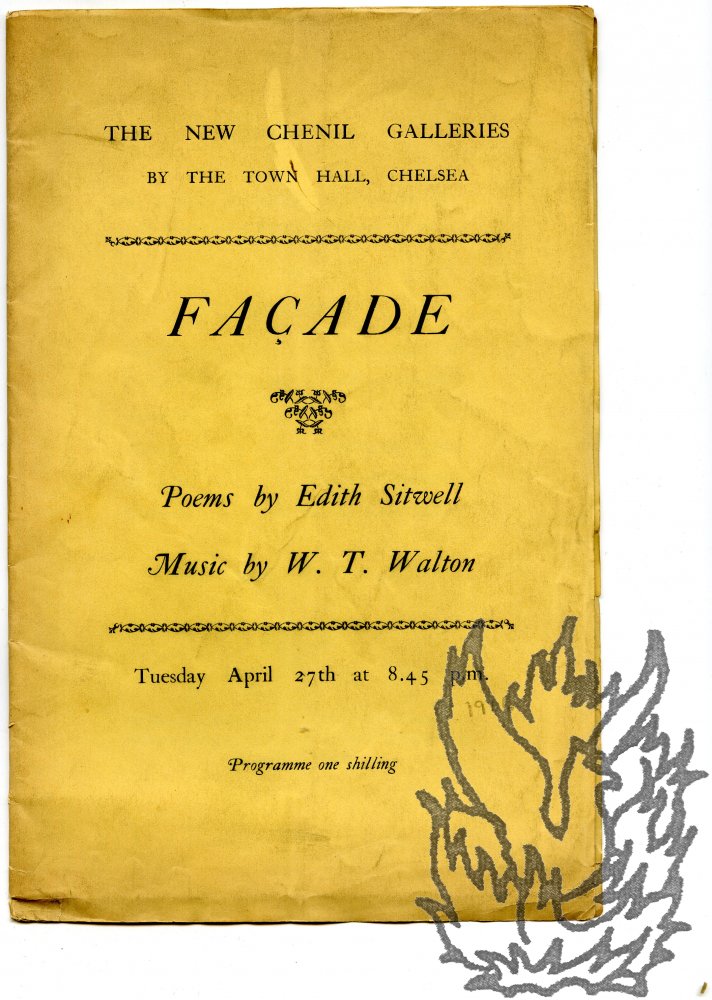 Other contributions stuck more strictly to the literary, but offered similarly nuanced takes on the idea of collaboration as an organising principle for both composition and analysis. Turning the conference theme a bit on its head, Ian Bailey (University of Manchester) looked at the ever-contrarian Laura Riding’s resistances to collaboration and subsequent veneration of poetry’s ability to realise the self, while Matthew Sperling (University of Reading) took a book history angle and gave an overview of how experimental poetry in Britain was shaped by the marketing and editorial decisions of various publishing houses, from Faber & Faber to the much smaller but perhaps equally influential Fulcrum Press. Joanne O’Leary (University of Cambridge) asserted that Warhol’s pop art might have influenced John Ashbery’s work more than we think, all while playing a mildly disconcerting loop of one of Warhol’s famous Screen Tests in the background (Ashbery was the first poet to sit for one). Overall, the conference felt wide-ranging but not scattershot, and I found myself fielding questions about various aspects of my own project well into the evening on Friday.

To return in closing to the open question of what happens when you expand the definition of collaboration in such myriad ways, one notable point went untouched over the course of the two day conference – the relationship between collaboration and influence. Often, the two were collapsed (I was guilty of this as well), and I still wonder what that says about the actual prevalence of “collaboration” as an organising principle for literary study. Happily, I think it means that there is still more to do, as we struggle with what composition is, in all senses of the word.

This conference was organised by Alex Runchman and Tom Walker of the School of English at Trinity College, Dublin. It was funded by an award from the Trinity Long Room Hub Research Initiative Scheme, and in addition to their support, it also benefited from the help of students Aoife Dempsey and Stephen O’Neill. Information about the conference as well as a list of speakers and paper titles can be found here.

Celebrating Neutrality? What We Can Expect from America's Ongoing Centennial Commemorations of the “...
Conference Review: 'Pandemics, Public Health, and Statecraft in Twentieth-Century U.S. History'
On Breaking Dissertations, or How I Read Sideways
500 Shades of Blues: 'Bluesologist' Gil Scott-Heron’s “H2Ogate Blues” as Meta-performance
Overcoming Postmodernism
“I’d Rather Vote for a Tuna Fish Sandwich”: Never Trumpers and the 2020 Presidential Election
Essentialism and the Revival of Black Power: Re-inventing American Integrationist Discourse
Storify of our #bookhour twitter chat on GOD HELP THE CHILD by Toni Morrison

Kimberly Quiogue Andrews is a doctoral candidate in English Literature at Yale University. Her dissertation, provisionally entitled “The Academic Avant-Garde,” explores the relationship between poetic and literary critical modes of thinking, particularly the aesthetic effects of that relationship, in contemporary experimental poetry. Her scholarly work has appeared in College English and is forthcoming in Textual Practice, and her poems have been published inRHINO, The Normal School, BOMB, and West Branch, among others. You can also find her on Twitter .
View all posts by Kimberly Andrews →
Tagged  Art, C21, Contemporary Fiction, Music, Poetry, Women's Writing.
Bookmark the permalink.