This year’s British Association of American Studies (BAAS) Postgraduate Symposium inspired speakers and attendees alike to trace instances of connection, collaboration and action across both today’s and yesterday’s America. Amidst the ongoing isolation for many in 2020, organisers Molly Becker (University of Cambridge) and Jennifer dos Reis dos Santos (Aberystwyth University) would have been hard-pressed to choose a more thoughtful and vital theme, or more insightful papers for the day’s proceedings. Indeed, in their welcoming remarks, the organisers commented that they intended for this year’s theme to be as “open to as many different realms of American Studies and diverse interpretations” as possible. The resulting cross-disciplinarity was apparent across the symposium’s three panels and keynote presentation, with topics ranging between school desegregation in 1930s small town America, the political significance of St. Patrick’s Day parades, and the intersectional possibilities of Twitter discourse. Additionally, the inclusion of a ‘Publishing Opportunities for Postgraduates’ roundtable aligned the publishing process and distribution of research as valuable forms of connection in an occupation that can often feel solitary. The varied subject matter and temporal foci of the day, then, encouraged reflection upon the varied ways in which collective action has manifested in America, while also speaking to how these acts hold influence on present and future forms of connection and activism. 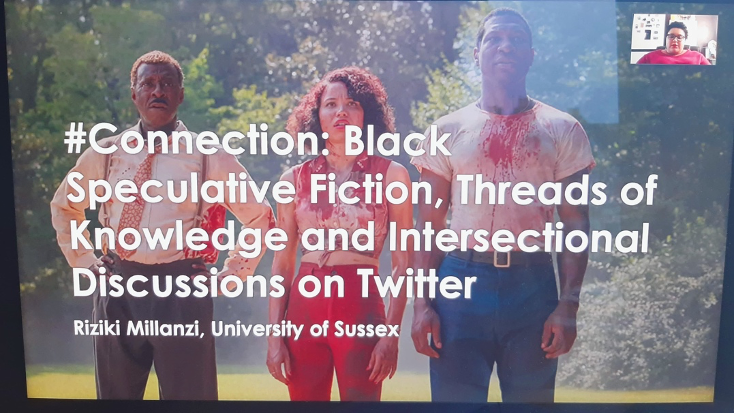 Discussions of the complex and shifting role of language, particularly dialogue, in relation to the possibilities of resistance occurred throughout the day. Will Carroll’s (University of Birmingham) analysis of early 20th century authors’ challenges to dominant myths of small-town America demonstrated the power of gossip in literature; the power of who generates it, and the resulting marginalisation of its targets. If spreading gossip represents a more pessimistic power structure, Riziki Millanzi’s (University of Sussex) stimulating analysis of Twitter as a place for intersectional conversation excavated an optimistic power structure from an often-vilified social media platform. Drawing attention to its diverse use for academics, fandoms and activist groups alike, Millanzi focused on the role of sponsored hashtags for Lovecraft Country in demonstrating how resources and resulting discourse can be shared between academics and non-academics on the open access social media app. Together, these two papers particularly encouraged participants to reflect upon the power of language in understanding and, indeed, subverting the physical and digital spaces within which collective action occurs. 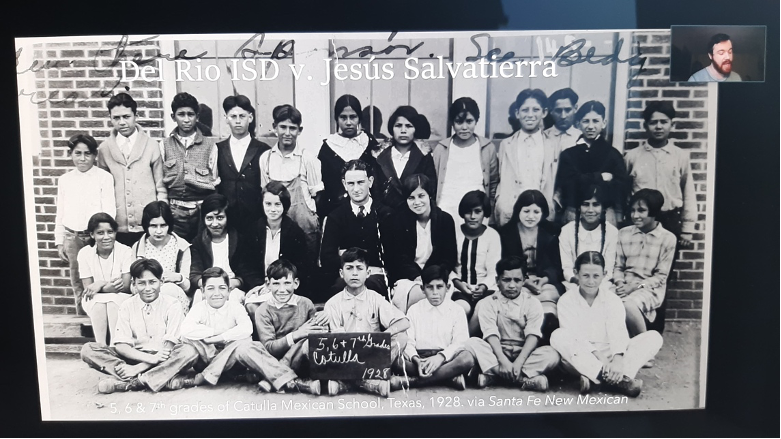 Calls for an understanding of how collective action is able to transcend physical spaces, namely national and state borders, were also notable throughout the symposium. Alba Fernández-Alonso’s (University of Burgos) paper focused on examples of interracial, transatlantic comradeship in the Spanish Civil War and the ways in which Langston Hughes’s reports about the African American volunteers of the Abraham Lincoln Brigade produce narrative empathy; an empathy which lends itself to collective action. Melissa Baird (Queen’s University Belfast) centred the connections between Ireland and the United States in her analysis of the concomitant tensions underpinning the Irish American groups’ desire and ability to place tributes to the Irish Civil Rights movements in St. Patrick’s Day parades throughout the 1960s. Jack Hodgson’s (Northumbria University) paper shed valuable light on two small towns in California and Texas, and their respective communities’ challenges against Mexican American school segregation in the 1930s. In their insightful attention to the spatiality of connection, these contributions traced the varied ways in which the contours of resistance can and must shift in order to endure. 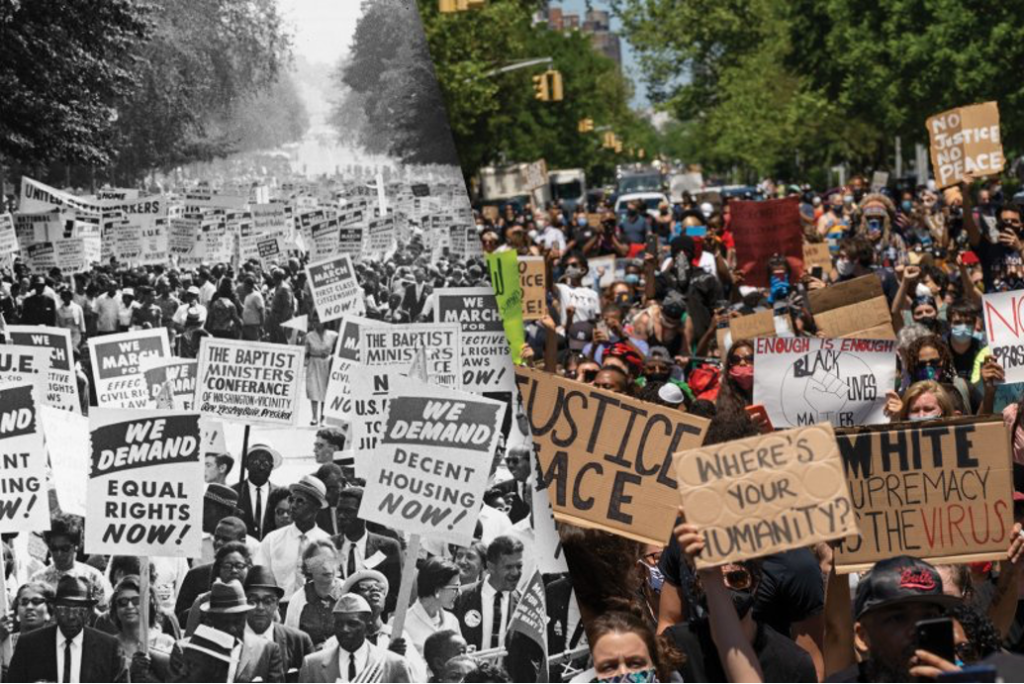 In a symposium dedicated to Ahmaud Arbery, Breonna Taylor, George Floyd, and all those who have been victims of institutionalized and systemic racism, the number of papers examining how modes of Black collective action and resistance have shifted and developed over time was especially powerful. Multiple speakers traced compelling connections across various periods of American history, including antebellum slavery, Jim Crow, 1940s America and the Black Lives Matter movement. Debby Esmeé de Vlugt (Roosevelt Institute for American Studies and Leiden University, Netherlands) drew our attention to the Dutch Black Panther Committee of the 1960s, with insightful comments concerning how Europe – with its colonial structures representing much of what the Black Panthers opposed – required a different and even new form of allyship. In their respective examinations of cinema and methods of sousveillance, Randa Sellali (University of Essex) and Kathryn Blance (University of Hull) drew compelling connections from the past to current day debates concerning the inclusion of Gone With the Wind on HBO Max and the protest music of Kendrick Lamar. While centring discussions of the racist American power structures causing pain to Black communities is ever vital, one paper gave me pause as to how we, as researchers, can and should approach displaying these instances of pain and, too often, death. In the astute discussion of mobile phones’ role in resisting police authority, a presentation included a slide with four screenshots from videos depicting police brutality and murder. Including a content warning would have enabled audience members to prepare themselves for viewing these images, allowed the audience to engage with the ethics of displaying them and provided an opportunity for further context to be provided. While the internet has made the videos in question hauntingly familiar, these images are inherently distressing and should continue to be recognised as such in all arenas, including academic presentations.

This year’s USSO BAAS Keynote Competition winner Adam Dawson’s (University of East Anglia) presentation “Some Chips and a Pack of Gum: Objects and the Black Male Adolescent Body in Jason Reynolds and Brandon Kiely’s All American Boys” delivered a comprehensive and sophisticated confrontation of the white gaze and its mediation of Black childhood in American culture. Displaying a high level of sensitivity to his subject throughout, Dawson highlighted how Jane Bennet’s theory of vital materiality omits an understanding of the white gaze’s contextualising, racist, power in coding young Black bodies as threats. Dawson’s application of ‘thing-power’ to Reynolds’ and Kiely’s YA novel offered a powerful methodology in drawing connections between the murders of Tamir Rice and Trayvon Martin, and the objects often blamed by white media for their deaths. In his analysis of the list of real-life police brutality victims in All American Boys, Dawson movingly highlighted the importance of remembering the victims’ individuality; a quality otherwise denied to victims by a white gaze that deems them to have been threats. 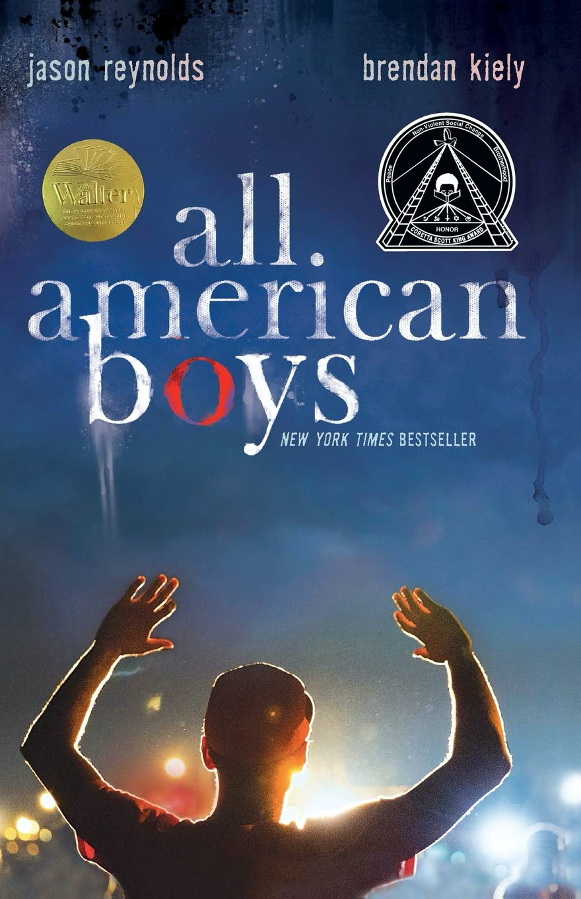 In its wide-ranging attention to discourses, spaces and time periods, the 2020 BAAS Postgraduate Symposium exhibited the cross-disciplinary and interdisciplinary work at the heart of current postgraduate American Studies research. Furthermore, all of the papers emphasised the backwards-glancing yet forwards reaching nature of connection and collective action. In addition to the panellists discussed above, Emma Mont’s (American University, Washington D.C.) account of campaigning during the recent presidential race and midterms in small town New York state emphasised the urgency of action in realising a fairer future. This urgency permeated the symposium’s proceedings, and translated into rich and energetic discussions throughout the day. In a year where no one would blame you for feeling almost Zoom-ed out, this symposium provided a reinvigorating example of online events’ abilities to connect, expand and inspire action both inside and outside academia.

Danielle Cameron is a PhD student at the University of East Anglia. Her thesis examines the narration of age, space and power in post-1970 American literature, with a particular focus on urban writing. Danielle’s wider research interests include depictions of families in Anglo-American literature, spatial theory and life writing. She holds an MPhil in Education from the University of Cambridge and an MA in American Literature from the University of East Anglia. You can find her on Twitter at @daniellehelen32.
View all posts by Danielle Cameron →
Tagged  BAAS PG Conference, Conference Review.
Bookmark the permalink.