This summer, the California-based Wikimedia Foundation—the body at the centre of projects like Wikipedia and Wikimedia Commons—held its annual ‘Wikimania’ conference, in the UK for the first time. Hosted at the City of London’s Barbican Centre—a fittingly utopian venue for an international gathering of utopianists—the conference came to town with some fanfare. The week leading up to the event had seen the American Foundation’s leaders launch a fierce attack on the European Court of Justice’s so-called ‘right to be forgotten’ ruling and become embroiled in a row over the application of international copyright laws to non-human animals. Amidst the challenges this Silicon Valley outfit was posing to European and international law, YouGov published a poll suggesting that we Brits now trust Wikipedia more than any of our own news outfits (including the BBC). Delegates mingled in an atmosphere of enthusiastic self-importance, assured, and reasonably so, that their efforts are changing the world.

For Wikipedians, as Wikipedia’s contributors call themselves, the conference is the annual opportunity for members of variousi programmes and local ‘chapters’ to meet, share practice, and hold the Foundation’s bigwigs to account. But alongside the formal, AGM-like business were a huge number of parallel workstreams; panels covered everything from ‘unlocking humanity’s potential’ to ‘the future of education,’ from the Wikimedia’s role in democracy to the practicalities of encoding ‘the sum of all human knowledge.’ I attended panels from each workstream over the three days; unsurprisingly, given the attendees, the tones of the panels varied dramatically, from the inscrutably technical to the ultra-sincerely philanthropic. But with developments in the Wikimedia community affecting us all, its digitisation projects and rigorous citation rules offering particular opportunities to facilitate and publicise the research of scholars, Wikimania offered a good opportunity to begin getting a handle on the Wikipedians. Why do they believe their brand of encyclopaedism is changing the world? How might scholars make best use of the Wikimedia community’s commitment to open access scholarship? 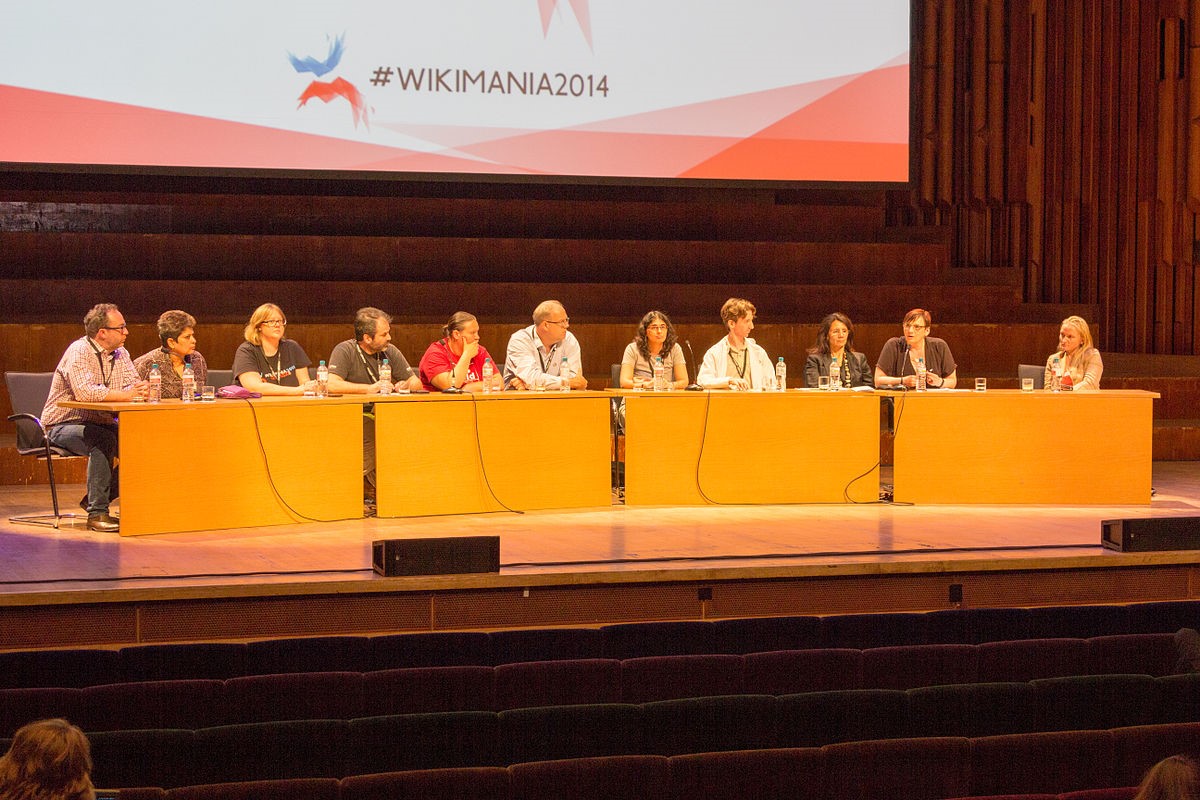 Amir E. Aharoni began the sessions on Wikipedia’s social impact with a talk comparing his experience writing for a print encyclopaedic with his time writing for Wikipedia. Aharoni’s discussion of these differences centred on his observation that his contribution to the print encyclopaedia was locked away in a ferociously expensive tome available only to academics with access to specialist libraries, while the money the book made was channelled into publishers’ profits. Albeit only the first of a plethora of Wikipedian gripes with traditional forms of ownership and copyright, his was an effective one: for Aharoni, the promise of Wiki-encyclopaedism is not only that its free, ownerless content provides people with greater access, but that it can be freely translated for even wider audiences. All this is to say that, even when remuneration—at levels that are still, apparently, paltry—is taken into account, the legal framework around print publishing makes Wikipedia, in terms of impact, the more important site. This sentiment was echoed in a number of tech-centric presentations that built on Wikipedia’s role as one of the major drivers of traffic to scholarly articles: citation of our research on Wikipedia could get us a lot more views than citation in academic journals. A number of speakers discussed this with reference to embedding Wikipedia more thoroughly in the academic process: Navino Evans and Sean McBirnie, for example, presented their tool for making Wikipedia ‘the timeline of everything,’ while Cameron Neylon and Ian Mulvany proposed making Wikipedia ‘the front matter of all research.’

Nevertheless, as a handful of speakers were keen to insist, Wikipedia’s promise cannot be as simple as all that. There was a great deal of hand-wringing about Wikipedia’s gender bias (84% identify as male; biographies of men tend to be far more substantial), and some excellent and practical discussions and workshops made it clear that this is an issue very much at the forefront of Wikipedians’ minds: channelling Joanna Russ, Maryana Pinchuk’s and Steven Walling’s presentation on ‘Creative Ways to Alienate Women Online’ neatly outlined, to a sometimes incredulous audience, how the ‘sum of all knowledge’ is not recognisable to women when it is compiled overwhelmingly by men. 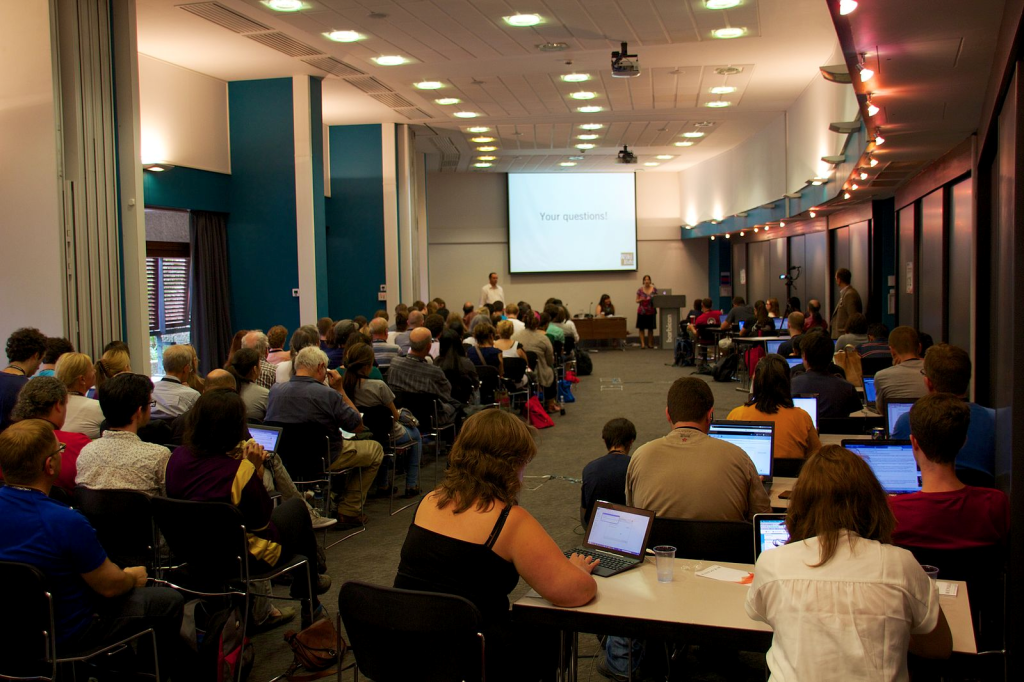 This point was echoed in Heather Ford’s show-stealing talk on ‘Breaking News on Wikipedia’ (available at the conference’s livestream archive, along with those of all other featured speakers). For Ford, Wikipedia remains inherently, unavoidably biased, which means that political problems arise if users take it as authoritative or objective. A reminder to approach Wikipedia with a degree of caution will, of course, be welcome to scholars, but Ford’s point here is more structural. If Wikipedia’s promise is the ownerless, free ‘sum of all knowledge,’ and it can be used as a platform for information about global news events, we need to remember that its dependence on biased news sources and notability criteria can act, inadvertently or not, as a filter bubble, showing us merely that with which we are familiar. Those of us who work on Native American studies, for example, will recognise this issue: it can be difficult to find content on indigenous America that sidesteps the pitfall of Eurocentricity. Ford drew this point out with a fine comparison between the English Wikipedia’s rapid and extensive coverage of the 2011 Egyptian Revolution by Wikipedians in Cairo and editors’ refusal to grant Wikipedians in Nairobi a page for the 2011 Kenyan invasion of Somalia on the grounds of ‘notability’; Ford could quite easily have been discussing how notability criteria has left room for the number of women’s biographies to remain disproportionately lower with those of men.

So if, as Ford implied, we must vigilantly remember that Wikipedia’s form is always already inherited, and we must remain sceptical of its content, what benefit could Wikipedia seriously hold for teaching and scholarship, and the future of American Studies? The answer, for me, was best articulated by presentations from contributors to Wikimedia’s partnership and education programmes. Jake Orlowitz presented his recent work on the ‘Future of Libraries’ by pointing out that libraries and Wikipedia are theoretically natural allies: both want their material to be seen and used by as many people as possible. Moreover, libraries, as ‘the source of sources’ and Wikipedia, which is ‘only as good as its sources,’ depend on each other. With this in mind, Orlowitz started the extremely popular Wikipedia Library initiative, which lobbies databases like JSTOR and Credo to provide free accounts to active and willing Wikipedians who want to use academic sources to support their contributions to the site. Most recently, Orlowitz has been working on developing ‘Wikipedia Visiting Scholar’ partnerships with university libraries, which give top editors access to their resources. With his prototype partnerships at Rutgers, George Mason University, and UC Riverside often stipulating entries on local topics, Orlowitz’s work may prove a novel way of supporting and stimulating our universities’ libraries while engaging with the Wikipedian community. 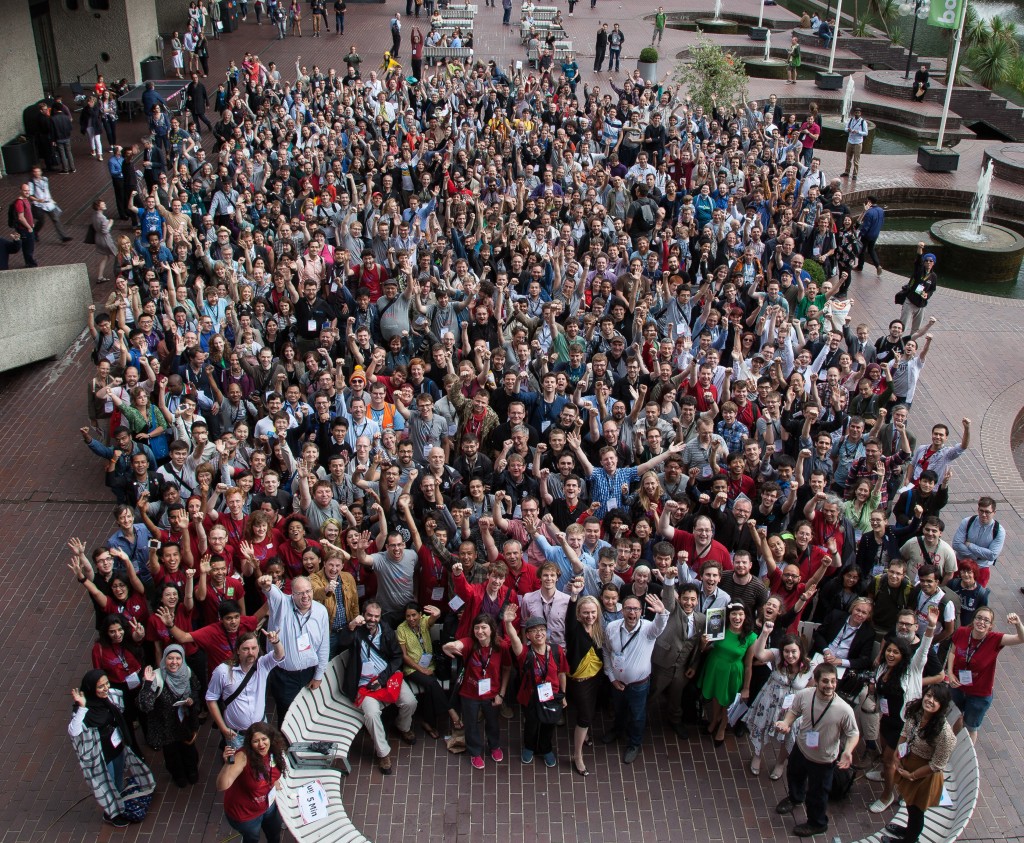 Equally compelling was Martin Poulter’s presentation on his work as Wikmedia Ambassador for Jisc, in which he worked with a range of UK universities, from Oxford to Bath Spa, to look at how educators and students can use Wikimedia projects for their benefit. While Poulter’s presentation focused primarily on the practical ways of making education policy ‘Wiki-compatible’ (i.e., by highlighting how Wikimedia can be used to converge aims), implicit in his attitude was the value of Wikipedia in nurturing critical and active attitudes towards its content. This, to me, speaks to the heart of Wikipedia’s potential value for scholars: if we can make our students approach Wikipedia as a social good while treating it critically, we will be encouraging Wikipedia’s development as a type of encyclopaedism that deconstructs its own authority while insisting on its societal worth. In other words, Wikipedia’s value is in the critically active engagement it forces us to have with its content; by contributing to the expansion of it, we may begin to call time on the profitable ‘authority’ of projects like Encyclopaedia Britannica. This, of course, is not how all Wikipedians understand their ‘movement’: there was a great deal of ebullience from contributors with more totalising conceptions of Wikipedia; indeed, Wikipedia’s co-founder and unofficial monarch, Jimmy Wales, used his keynote to reaffirm his goal of seeing Wikipedia trusted more than the Britannica (behind which, according to YouGov, the project lags). But, as Heather Ford posited, what good is an encyclopaedia that poses as ‘the sum of us’ while masking that it is always ‘some of us’?

Wikimania 2014 demonstrated that the ‘State of the Wiki’ grows ever more healthy and optimistic. While it is certainly shaping the Twenty-First Century’s world in some ways, the nature of the project means that it is up to us how we use it. With great good faith, the Wikipedians look forward to next year’s event in Mexico City.

Kiron is a first year PhD student at the University of Sussex in the School of English. His research, which is funded by the Arts and Humanities Research Council, is on fiction that engages the history of encyclopaedic thought and practice, and focuses comparatively on James Joyce, Leslie Marmon Silko, and Roberto Bolaño. In 2015, he will be undertaking a fellowship at the Harry Ransom Center in Austin, Texas, researching encyclopaedism in the Joyce, Charles Larson, Don DeLillo, and David Foster Wallace collections.
View all posts by Kiron Ward →
Tagged  C20, C21, Digital Humanities, Media, Native Americans, Transnationalism, Visual Culture.
Bookmark the permalink.