‘Myths in Culture’ Postgraduate Symposium, University of Leicester,
May 29, 2014

In his seminal Mythologies (1957), Barthes identifies myths as a type of speech, one that takes on universally acknowledged meanings which are rarely questioned. And although Barthes’ name was dropped only occasionally during “Myths in Culture”, a one-day postgraduate symposium at the University of Leicester, the spirit of his words were ever present. Arguably, and retrospectively, the goal of the one-day symposium at the University of Leicester was to question and unpack a myriad of popular myths. Organised by Emma Anne James and Jenny Stewart, PhD students in the Department of the History of Art and Film, and supported by the Interdepartmental Group for Research into the Arts Media and Society (IDeoGRAMS), the conference brought together a variety of postgraduate researchers in their quest for mythical deconstructions.

The first panel of the day, ‘National Identity Myths’, was concerned with the unpacking of – you guessed it – myths of national identity. Sofia Mali opened with an analysis of the ways in which the exhibition spaces of national museums (the British Museum in London and the Byzantine and Christian Museum of Athens) are used to construct the legacy of the Byzantine empire, situating it either within European history as a continuance of the Roman empire, or as part of an enduring Greek ethnicity. Yvonne Cornejo shifted the locale to South America and showed how the global science fiction trope of the ‘alien messiah’ can contain powerful, locally specific allusions to the Argentine dictatorship in the 1970s and 1980s. Moving to the Middle East, Hawzhen Ahmed delivered a poignant analysis of the ways in which national identity myths function as tools of nation-making and oppression in Turkey and Iran, othering Kurdish minorities in both nation states through national identity myths that propagate an adoption of European culture. Bringing the first panel to a close, Andreas Anastasiou gave the most entertaining talk on a day filled with enlightening and thought-provoking papers, with his examination of the “hidden school” myth in Greece, its relation to Greek journalism and its intertwining with national identity and, consequently, national reporting. What became evident in all four papers was the conclusion that these national myths often have very little to do with lived realities, and yet function as strong narratives that foster senses of national belonging and community.

The second and third panels were the only parallel panels of the day, splitting the audience between those interested in war and those interested in literature. ‘War Myths’, the panel I attended, continued the theme of national identity myths, albeit within the historical boundaries of the two world wars. Here, Adam Prime compared how the First World War is depicted in popular film to how historians make sense of it, drawing out the differences between these different accounts, with the conclusion that one can find a certain degree of (positive) mystification in popular accounts. 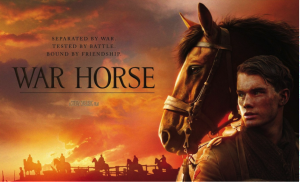 Focussing on the Second World War, Andrew Moule’s analysis of British post-war films contrasted the critical reception of these films, which assumed a move away from the ‘people’s war’ in their focus on (privileged, individualised) officers as protagonists, with the films’ ‘war heroes’ who were dedicated team workers that rejected individualistic heroism. Both papers were united in their agreement that war films often mystified war experiences, effectively retelling war histories for the public.

The next panel (for which we reassembled), ‘Modernising Myths in Popular Culture’, engaged with literature, graphic novels and film, and the enduring legacy of traditional myths. Manjeet Ridon analysed the ways in which Indian and Native American myths are utilised to redefine the concept of ‘home’ for a diasporic Indian community in The Mistress of Spices (1997), where the ‘New World Myth’ functions as a reworking that destabilises mythical master narratives. Tom Graves traced three different kinds of myth (classic mythology, hero as example or warning to society, and myth as linguistic symbol) in comic books through the ages and showed how new kinds of myths emerged from these in recent graphic novels, where for example music celebrities replace traditional mythical figures. Alyse Garner continued the idea of ‘updating’ ancient myths in her investigation of the Thor of Norse mythology and Thor of the Marvel universe, enlightening us to the differences and the sanitising that mark the contemporary blockbuster Thor. The panel proved that, while they might undergo creative updating, traditional myths have not lost their popularity.

The final panel, ‘Mythic Icons in Society’, focussed on the embodied myth. Emily Wilce showed how the figure of the Minotaur functioned as popular myth and metaphor for Victorian London’s child prostitution epidemic and how the Minotaur myth worked to reach a formerly ignorant public. My own paper looked at the ways in which Grace Jones plays with her mythical diva status in intersecting performances of race, gender and age. And finally, Nicola Bowring concluded the last panel with her talk on Lord Byron as mythical, yet ordinary, ‘working man’s’ hero in Nottinghamshire (an area with its own set of mythic heroes – Robin Hood comes to mind immediately). What transpired from this panel was the possibility that the mythic icon can give a voice or image to the oppressed and forgotten. 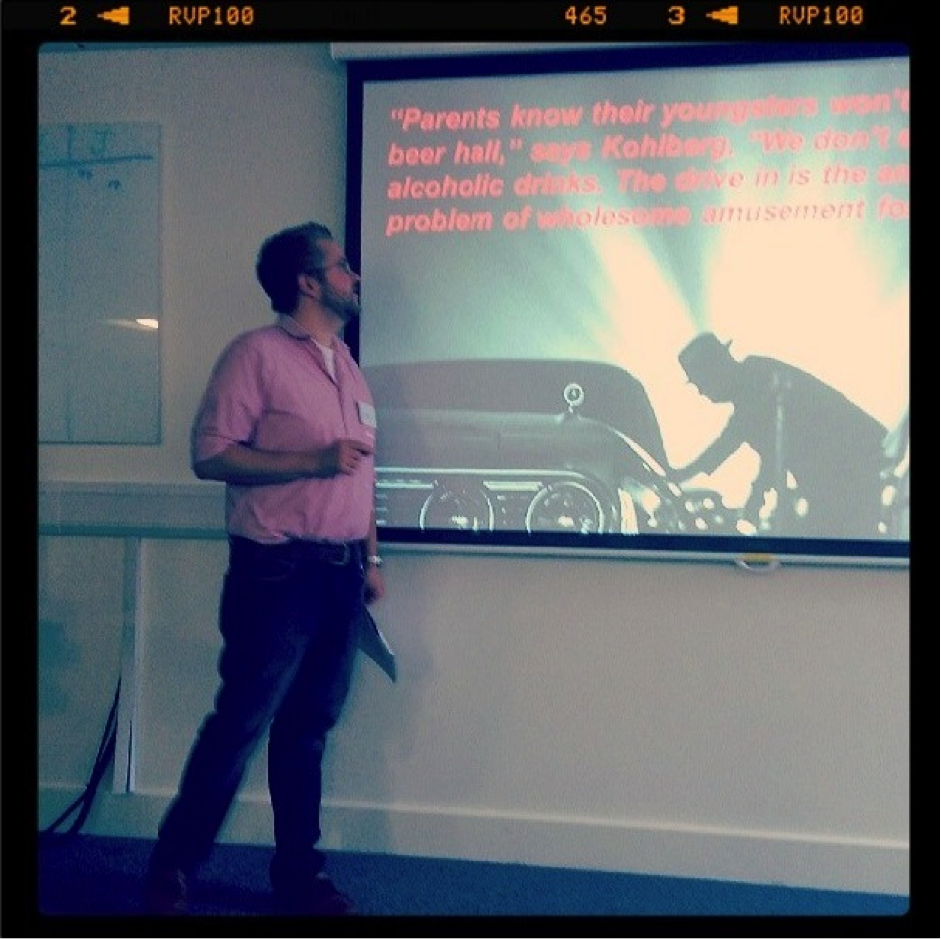 Moving on from the oppressed to the supposedly carefree, the conference came to a close with James Russell’s keynote speech on ‘Teenagers and Hollywood in the 1950s’, which illuminated the mechanisms that constructed the mythical adolescent, and how the idea of ‘the teenager’ turned into a handy marketing tool for a flailing film industry. While teenagers were often considered a social problem, Hollywood films about rebellion and teenage angst catered to said social anxiety on the one hand and teenagers as a distinct, homogenous market on the other, with films such as East of Eden (1955).

While a theme like ‘Myths in Culture’ would appear almost too broad to make an interdisciplinary conference seem coherent, the organisers did an excellent job in selecting and subsequently grouping papers that were truly diverse, while letting a common theme shine through. Throughout the day, the significance of myths past and present for identity formation and construction crystallised, be it on a personal, social, cultural or national level. This function might explain the enduring popularity of all kinds of myths, only a fraction of which we were able to explore at this symposium. But, judging by the high quality and variety of the papers presented, the comprehensive sample was clearly not a drawback, but rather a strength of what was a thought-provoking, intellectually stimulating and thoroughly well-organised event.

Book Review: Tennessee Williams by Paul Ibell
Review: Marx and Marxism in the United States
Celebrating Neutrality? What We Can Expect from America's Ongoing Centennial Commemorations of the “...
60 Seconds With Peter Molin
"Do Not Forget your Dying King": Oliver Stone's JFK and Popular Memory
Review: North American Resources at the British Library
60 Seconds With Collin Lieberg
Book Review: Say We Are Nations: Documents of Politics and Protest in Indigenous America Since 1887

Nathalie Weidhase is a PhD student at the University of Roehampton in London, where she arrived after a five year stint in Edinburgh and two degrees in media and cultural studies from Edinburgh Napier University and the University of Edinburgh. In London she researches postfeminist representations of femininity in popular music. She can be found on https://roehampton.academia.edu/NathalieWeidhase
View all posts by Nathalie Weidhase →
Tagged  C19, C20, C21, Contemporary Fiction, Gender and Sexuality, Masculinity.
Bookmark the permalink.