As both a member of BrANCH and as an historian of the nineteenth century South, I travelled to the University of Reading on Friday 5th September for the organisation’s first joint conference with HOTCUS. The meeting proved full of engaging panels, which encouraged the attendees to think beyond chronological barriers to consider how their work fits into broader perspectives and to consider a common experience as writers of an ‘outsider’s history’ of the United States.  Also high on the agenda, and perhaps a little off topic, was a matter in the realm of the twitterverse. Whilst the world of academic tweeting had termed the conference the ‘Clash of the Titans’ early on Friday morning, the online dialogue swiftly turned to the issue of how best to combine the two acronyms to reflect this stimulating bi-centurial affair – proceedings came to be filed under #BrATCUS.

Moving on from the triumphal portmanteau, the conference started with the plenary session of ‘Putting History in its Place’ with Stephen Tuck (University of Oxford) and Michael Heale (Lancaster University).  The session mainly spoke to the experience of writing American history as a non-resident of the United States, but also looked at the establishment of American history in European universities.  Tuck and Heale, as editors of Historians Across Borders: Writing American History in a Global Age (2014) explored the effect that place or ‘positionality’ has on the writing of history.  Their book argues that history is conditioned primarily by the place from which it is written, therefore non-residents do more than simply broaden the pool of US historians.  A ‘moral need’ for outsiders to write US history was mentioned, especially as Heale told the attendees that while Europeans have admired American liberalism, they have remained sceptical about American Exceptionalism. 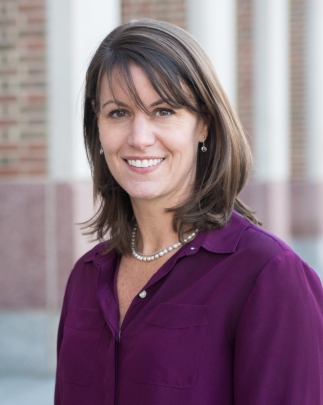 The plenary session led perfectly into the keynote of the ‘BrANCH’ side of the conference.  This was given by Professor Leslie Butler of Dartmouth College, who spoke on ‘The Social Imaginary of Movement in the Nineteenth Century’.  While the plenary session explored the consciousness of non-resident US historians as ‘outsiders’, Butler spoke of a similar heightened reflexivity and self-awareness of those in the 19th century. She argued that new technology is bringing the world closer together and causing people to confront a more accessible world, including considering their role and place within it.

‘Movements’ were discussed firstly in terms of mobility. The invention of steamships, railroads and canals had made the world much more accessible, and the new technology had facilitated the transportation of people, raw materials, news, and ideas.  Butler then moved on to speak of movement in terms of a more abstract form of propulsion or acceleration. For example, sources reveal a planet ‘going at full speed’ in terms of travel, but also in terms of social movements.  ‘Movement’ in the 19th century was a key phenomenon which tapped into the narrative of how people saw themselves, and it also helps us today to understand how the 19th century helped to shape the global community.

Papers throughout the conference tapped into this concept of ‘movement’. This was particularly evident in the panel ‘Americans and Illness’, which created a dialogue between how disease was perceived and dealt with in different geographical spaces.  The discussion then focused upon the effects this had on travel, settlement in certain states or local districts, and America’s engagement with the outside world in terms of imperialism (or arguably, lack of).  Bruce Baker’s paper on ‘Ratproofing the Gulf Coast’ looked at the implementation of ratproofing policies after the 1914 bubonic plague outbreak in New Orleans. His paper showed that Ratproofing was a ‘movement’ which helped to both modernise the city and demonstrate conflict between the city state and the federal government. 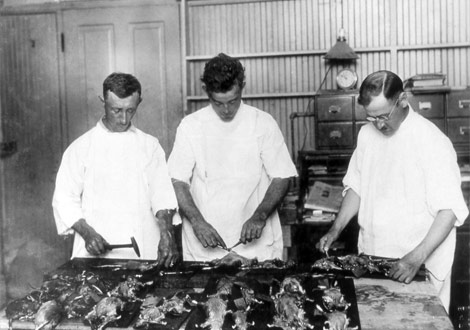 Scientists dissecting rats in New Orleans in 1914.
Photograph by the National Library of Medicine/Science Photo Library

Despite the usefulness of the concept of ‘movement’ within the 19th century social imaginary, other panels highlighted the inherent racial inequality in the lived experience.  These included the panel, ‘Memories of American Slavery since Emancipation’ which focused on the African-American enslaved. It featured papers from Lydia Plath (Canterbury Christ Church University), and Rebecca Fraser (University of East Anglia). Whilst Fraser dealt with the aftermath of the domestic slave trade, a ‘movement’ of people which served to destroy the enslaved family, Plath spoke of the lived experience of such involuntary movements.  Plath emphasised the importance of terms such as, ‘they carried us’, which was used by former slaves interviewed as part of the WPA writers’ project in the 1930s to describe the journey.  This lack of free movement was also discussed by Rachael Pasierowska (Rice University) on the final day.  Pasierowska discussed beliefs fostered on antebellum slave plantations relating to owls who were seen as having the ability to carry the souls of the enslaved back to Africa.  Flight and death offered slaves a freedom of movement that was otherwise intangible. 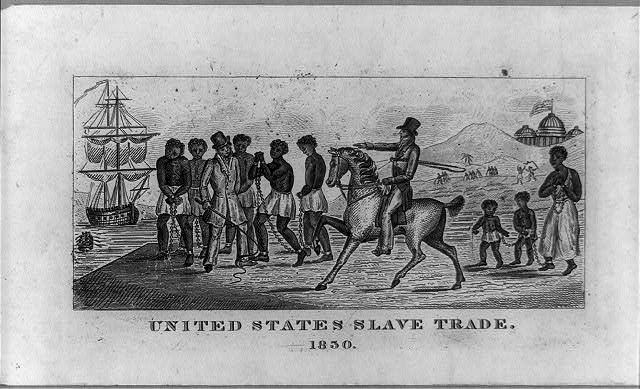 The panel on Native American history again moved away from the idea of movement as a ‘progression’, with Native American ‘removal’ dominating the discussion.  The first two papers by Jane Dinwoodie (University of Oxford) and Danielle A. Fleming (University of Glasgow) both focused on the construction and representation of the ‘removal’ with Dinwoodie arguing that, despite the narrative surrounding ‘removal’, indigenous Americans did not comply but fought and negotiated to maintain space in the region. Together, the panelists highlighted the inherent racial inequality in patterns and concepts of ‘movement’.

Due to the breadth of the conference, panels covered far more themes than could be suitably discussed here. Although they were generally put together according to the organisational affiliation (and BrANCH has always encouraged members to consider the ‘long nineteenth century’), some panels did permeate the centurial boundary. The expected result was a wider-range of questions and engagement with those who were not familiar with the topic or time-period.   At the BrANCH annual general meeting it was widely agreed that the conference had been a great success and the organisation would not hesitate to hold a joint-conference in the future.  Many thanks to Emily West and Nick Witham for organising such a thought-provoking conference.

The Best of 2015, and What’s Next for U.S. Studies Online in 2016
Conference Review: Sixteenth Annual Conference of the Scottish Association for the Study of America
Book Review: Richard Wright in a Post-Racial Imaginary edited by William Dow, Alice Craven and Yoko ...
Transatlantic Literary Women, Series 2
BAAS 2022 Panel Review: 'Ecologies of Race and Gender in Nineteenth-Century American Culture'
Review of the "Alt-American" conference 2014
The Best of 2016, and What's next in 2017
Book Review: South Side Girls: Growing Up in the Great Migration by Marcia Chatelain

Andrea is a final year PhD candidate at the University of Liverpool and is writing a thesis on the sexual exploitation and abuse of enslaved women in Louisiana and Texas from 1803-1865. Andrea studied for her BA in Comparative American Studies at the University of Liverpool before taking time away to work and study in Japan. She then returned to Liverpool for her MA in Atlantic History and PhD research. She has held fellowships at the University of New York, University of New Orleans and the University of Georgia – conducting research in New Orleans, Athens (GA) and Harlem. Andrea is the founding chair of the ‘Regional Centre for American Studies’ (RCAS North-West), a fellow of the Centre for the Study of International Slavery (CSIS) and has recently become the postgraduate representative for British American Nineteenth Century Historians (BrANCH).
View all posts by Andrea Livesey →
Tagged  African American Culture, Black History, Native Americans, Politics.
Bookmark the permalink.