Review of Culture and the Canada-U.S. Border 2014 Conference

Cultural Crossings: Production, Consumption, and Reception Across the Canada-US Border, University of Nottingham

Culture and the Canada-US Border

Convening on a sun-drenched weekend amid the wonderful surroundings of University Park Campus, the third Culture and the Canada-U.S. Border conference met to discuss the broad theme of ‘Cultural Crossings’, interrogating production, consumption, and reception across the 49th parallel; that real-and-imagined international boundary that lies between the United States and Canada. 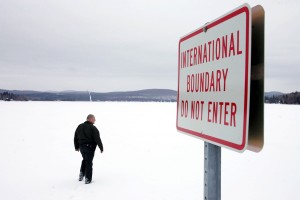 As always, parallel panels presented tough decisions but, looking back, I was happy with my choices; always guided by my own interests but leading to surprises along the way. In the first panel I attended, on ‘Nation and Publication’, Rachael Alexander’s examination of North American women’s magazines of the 1920s revealed the differentiated gender paradigms and their intersections with notions of nation as they were constructed in advertising. U.S. domesticity emerged as something to be performed for an audience beyond the walls of the home, whereas its Canadian counterpart remained grounded in ideas of provision, frugality, and practicality which rarely ventured beyond the kitchen of the reader. If the battleground for advertisers of the 1920s was the discreet domestic sphere, Ruth Bradley-St-Cyr’s paper traced the sale of the Ryerson Press – Canada’s longest-established publisher – to McGraw Hill in 1970, demonstrating the ongoing importance of the border to many Canadians: a dam to hold back the pervasive and pernicious tide of U.S. cultural commodities and the corporations that control them. Rounding off the panel, Jessica Taylor’s paper drew upon her ethnographic fieldwork with Canadian romance writers and attempted to discern a vision of ‘Canadian-ness’ operating within the genre itself and its distribution systems.

Where the previous panel had focused upon nation within literary paradigms, the next I attended began by looking at the emphasis of region over nation in cross-border broadcasting. Appearing from Oregon via Skype (and seamlessly so!), Mary Erickson’s paper explored the history and development of KVOS-TV in the Pacific Northwest; a regional station founded in 1953 which broadcast to audiences in northwest Washington and southwest British Columbia. Here the border marked not a zone of transition from one culture to another, but an apparition of sorts: one which was erased to create a cross-border ‘Peace Arch Country’ identity but which ultimately suffered at the hands of two different sets of national and cultural economic policies. The final panellist, Sarah Matheson took Paul Attallah’s observation of two decades ago – that 30% of programming on U.S. cable networks originated in Canada – as a starting point, suggesting that despite this statistic, the ‘invisibility’ of such Canadian content persisted as a result of it not being read as ‘foreign’ within either the average U.S. household, or scholarly discussion. 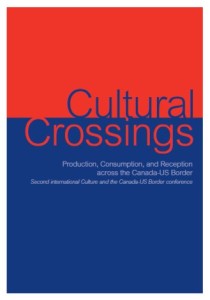 Day one of the conference came to a conclusion with Charles Acland’s wide-ranging and illuminating keynote address. Entitled ‘An Empire of Pixels: Canadian Cultural Enterprise in the Digital Effects Industry’, the border between Canada and the U.S. was figured once more as permeable; particularly when it is met by a combination of cultural and economic imperatives. Beginning by highlighting the protests held at the last two Academy Awards ceremonies by digital effects artists, Acland stated that the visual effects industry is highly mobile and as intensely fought over within the industry as a whole as locations for actual filming themselves. Canada, he argued, is at the forefront of this arm of the entertainment industry, citing as examples the 46 effects companies located in British Columbia and the fact that the remote province of Prince Edward Island itself has five. Despite this apparent strength within the digital effects industry, the precariousness of capital, coupled with the economic porosity of national borders, equates to a situation in which Canada’s borders and future prosperity rely not only on the vagaries and diversity of its economic superpower neighbour to the south but elsewhere across the globe. Acland’s concepts of ‘disorganised capital’ and ‘calculated stable instability’ will surely invite more attention as a result.

Focusing on ‘Region’, the first panel I attended on the second day ended up consisting of only one paper. Similar situations, in my experience, tend to result in a truncated session and an extended coffee break. However, Paul-Matthias Tyrell’s fascinating exploration of the metropolitan border area of Detroit-Windsor amply filled the available time. This tale of “The Motor City” and “The Automotive Capital of Canada” and their intertwined economies did not result – as with KVOS-TV for example – in a cross-border, regional cultural identity. Rather, differentiated ‘regional brands’ were fostered either side of the Detroit river, brands which were informed and shaped by nationalism. As an economic historian, Tyrell’s paper was intricately detailed but the inclusion of Chrysler’s 2011 advertisement really helped to sharpen one of the key points from a cultural position that I took from this compelling session: nationalism can be deployed regionally, especially in border zones.

The final panel of the day for me was the one that I had been placed on. Here the organisers demonstrated again their ability to group together papers which complemented each other, generating unexpected similarities and uncovering useful critical disjunctures. What was most pleasing about this, personally, was that I often feel crow-barred into panels, given that my own research is concerned equally with border regions and disciplinary borders themselves: theoretical material often in search of objects. However, here my own contribution echoed much of what the other contributors offered. Robert McGill’s reading of Vincent Lam’s The Headmaster’s Wager, as exhibiting ‘esoteric nationalism and interpretive pluralism’, suggested that causal connections in history, culture, identity, can be extra-national and not bound by any borders. Similarly, Laura Bulger’s examination of Douglas Coupland’s oeuvre returned several times to ideas of nostalgia, restructured to account for past, present, and future. In my opinion, such unconventional and anachronous approaches to texts are vital to reinvigorating cultural studies as a valid field of endeavour in the future.

The second day’s keynote was hotly-anticipated, with Danielle Fuller and DeNel Rehberg Sedo presenting their findings from a major research project which shaped their publication, Reading Beyond the Book: The Social Practices of Contemporary Literary Culture (2013). Drawing upon the explosion of ‘mass reading events’ over the last decade, a wide-ranging analysis of the importance of spatiality and cultural value in the shifting landscape of literary culture followed. The success of the ‘book clubs’ of Oprah and Richard and Judy, the C.B.C. series Canada Reads, and the U.S. ‘One Book, One Community’ programme, highlighted the transnational export and import of a new ‘reading industry’, distinct from that of publishing; one in which reading might be detached from, but still retain relevance for, intensely localised realms of experience. 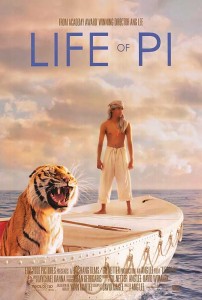 The final day of an excellent conference opened with a panel focused around cinema. Gillian Roberts looked at the film adaptation of Yann Martel’s Life of Pi examining the intra- and inter- textual borders and boundaries that a single literary text from north of the 49th Parallel crosses in both incarnations of its production: literary and cinematic texts that have as their very essence, a crucial transnational element. Karen Skinazi may have chosen slightly less highbrow texts – Dirty Dancing and The Apprenticeship of Duddy Kravitz – but the outcome was no less critically compelling: a comparison of the simultaneously complementary and dichotomous U.S. and Canadian national myths of ‘the melting pot’ and ‘the mosaic’. An under-represented field in English language research – Québécois culture – formed the crux of Jessica van Horssen’s closing presentation. Focusing on Mon Oncle Antoine – a film replete with plaudits and awards but below many critics’ radars – she demonstrated the cross-border dynamics of, not only intra- and extra- national cinema reception, but also similar elements of an industry of which I had hitherto little knowledge: asbestos mining!

Assigned as chair for one of the final parallel panels of the conference, I had expected to be surrounded by a mere handful of jaded delegates for a session on ‘Economics and Culture’. But, once more, the collegiality and critical engagement of the CCUSB network provided a well attended and academically rigorous panel. Amongst a host of intellectually inspiring papers, Michael Stamm’s ‘The Industrial Newspaper and the Politics of Content’, was, for me, the standout piece of the three days. Focused on The Chicago Tribune, his paper looked at the diplomatic and economic complications which arose during the early years of World War Two when The Tribune used lumber borne of Canadian trees, pulped and turned into paper in Ontario, to be ultimately adorned with isolationist U.S. rhetoric when Canada had already joined the allied war effort. Equal parts history, economics, politics, and print culture, it was an absorbing presentation, emblematic of the interdisciplinary nature of the conference as a whole. Richard Sutherland’s paper was a happy bedfellow in this regard. Examining the Canadian and U.S. recording industries’ relationships with the border, he made many salient points regarding the ways in which these national boundaries  have been open to exploitation by capitalist corporations and continue to be so; even after the construction of a supposedly borderless digital infrastructure within the music industry, 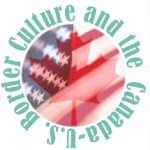 This was my second CCUSB conference and an equally enjoyable experience to that of the first. Familiar faces – some might argue – will equate to theoretical and critical stagnation. Not so here. A relatively small, but expanding, group provided opportunity for ongoing discussion across not only this conference, but also those in previous years. And, just as importantly, demonstrated the critical vitality that exists in the work of those who provide an alternative vision of what I believe is an erroneously labelled ‘American’ Studies.

Book Review: The Rise of Common-Sense Conservatism: The American Right and the Reinvention of the Sc...
The Importance of Sherry Receptions; or, Where Are All The Women In This Archive? First Impressions ...
Conference Review: APG/BAAS Annual US Politics Colloquium
Book Review: What Were We Thinking: A Brief Intellectual History of the Trump Era By Carlos Lozada
“The Land Entire Saturated”: Commemorating the Civil War Dead at 150 years
'Is It Because I’m Black?': The Music Industry, Image, and Politics in the Careers of Syl and Syleen...
‘Now comes good sailing’: Henry David Thoreau’s Cape Cod (1865) and Early Postbellum America
Review: 'Writing Back: Subverting Dominant Narratives'

Caleb Bailey is a PhD candidate at the University of Nottingham. His research focuses on North American borders and aims to develop a comparative framework in which the U.S. does not maintain ideological privilege in theoretical approaches to and cultural depictions of its borders with both Canada and Mexico. He holds a BA in Film and Television Studies and an MA in Humanities by Research.
View all posts by Caleb Bailey →
Tagged  Borders, C20, C21, Canada, Cultural History, First Nations, Politics, Popular Culture, Presidents, Television, Transatlantic, Transnationalism, Visual Culture.
Bookmark the permalink.