Review of ANZASA Conference 2019: Community, Conflict and the “Meaning of America” 14-16th July, University of Auckland 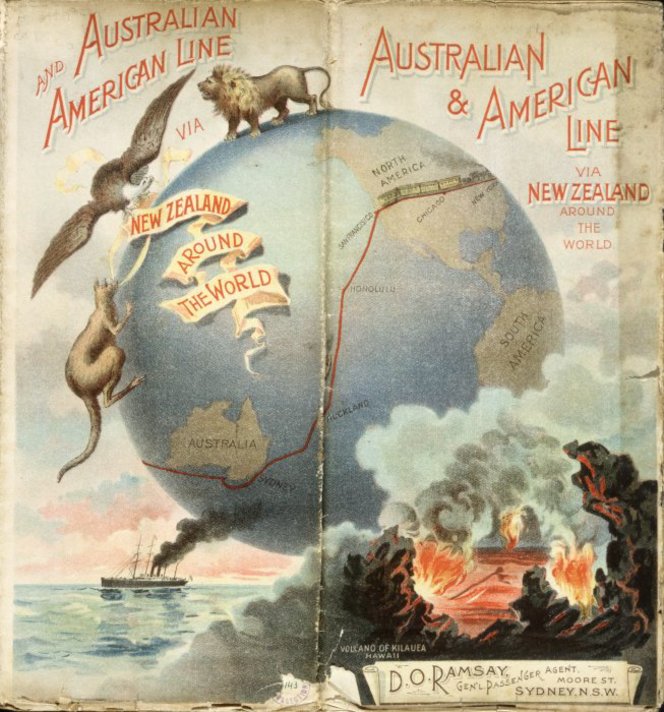 The Australian and New Zealand American Studies Association was established at the University of Melbourne in August 1964. It currently holds a biennial conference and publishes an associated journal entitled the Australasian Journal of American Studies (AJAS).

For their biennial conference, the Australian and New Zealand American Studies Association (ANZASA) encouraged those in attendance to engage with Perry Miller’s intellectual endeavour to define “the meaning of America.” Using Miller’s seminal work, An Errand into the Wilderness, as a launching pad, a thoughtful offering of keynote speakers, plenaries and panels emphasised the ongoing relevance of community, conflict, and the meaning of America in present-day research.

Responding to the call for papers were scholars at various stages of their academic careers hailing from Boise, Singapore, Buffalo, Melbourne, and Wellington –- to name a few. Such international attention evidenced how ANZASA has grown since its inception and has fostered a diverse international network of scholars who continue to celebrate their interest in American studies.

ANZASA was hosted at the University of Auckland (UoA) in the heart of the city surrounded by the beautiful grounds of Albert Park and the Auckland domain with views of Hobson Bay. Since its founding in 1883, the University of Auckland has grown significantly to become the largest of New Zealand’s universities, hosting over 40,000 students across five campuses. At their welcome event, Faculty and Post-graduate students performed a greeting entitled Toro Mai To Ringa, a touching welcome refrain for ANZASA guests that extended friendship while acknowledging the Indigenous custodians of the land- past, present and emerging- who shape the region’s history.

In her opening keynote address, Professor Carrie Tirado Bramen from the University of Buffalo showed how the myth of “American Niceness” has been central to the construction of an American Identity that many feel has begun to wane in the present day. Bramen argued that “niceness”, or in other words, “national friendliness,” evident in iconic American phraseology such as, “have a nice day,” was conceived as an alternative to “old world snobbery” and inextricably connected the “fantasy” of American exceptionalism. American niceness, she revealed, held its roots in Indigenous hospitality whereby First Nations peoples played host to Euro-American “guests.” Referring to the way that First Nation hosts were soon transformed into “guests” in their own home as new settlers appropriated their lands, culture, and bodies, Bramen exposed the contradiction at the heart of this myth.

The timeliness of Bramen’s paper resonated with many throughout the conference and highlighted a collective fear among scholars that, in the midst of the tumult of the social climate of Trump’s America, future researchers will lament the decay of “niceness” rather than focus on the clash of viewpoints and the individual stories that appeared within these movements and people’s protests.

Recognising the limitations of Miller’s thesis, the call for papers thus provoked an inquiry into the particularities of the American experiment; specifically, the peoples who make up these communities engage in conflict with one another and have sought to establish their own sense of identity in relation to the American past. As such, a common thread throughout the conference was a revision of master narratives, especially through material cultural and uncommon historical materials that do not fit easily into these narratives. One particular example was a panel entitled “Transnational America and Comics” where Senior Lecturer Barbara Postema from Massey University explored how Shaun Tan’s graphic novel The Arrival (2006) provided a revision of the age of American Mass Immigration, reimagining this formative era of American Nationalism through representations of distinct humanism and European identity in what she called a “vague futuristic past.”

Similarly, in his keynote address, Professor Michael McDonnell from the University of Sydney interrogated how the American Revolution was an important source of meaning in which the contribution of all types of peoples who had helped build America had been overlooked. Interrogating a selection of memoirs that did not gel with the broader popular narrative of the war, McDonnell pointed to the limitation of virtuous war narratives that had commonly served as a collective and unifying event. Asking us to reflect on how we use historical materials that sit uncomfortably with our understanding of the American past, McDonnell showed how we could use these rare insights into the private and contradictory experiences of the war to “re-read” the American Revolution. Similarly, Senior Lecturer Tim Verhoeven from Monash University revealed how mass petitioning was an important cultural resource that could illuminate the transmission of political ideas within local communities in nineteenth-century America.

In keeping with ANZASA’s support of post-graduate and early career researchers, the concurrent panel sessions brought together young scholars from across the globe and provided a unique networking opportunity for those attending from Australian and New Zealand as well as the United Kingdom and the United States. Such an opportunity to exchange ideas about American history highlights ANZASA’s commitment to foster an academic community that extends well beyond its local roots.

One such example was a panel entitled Ports and Courts: Race, Gender and Social Control, that brought together Toby Nash from The University of Melbourne, Peter Hooker from the University of Newcastle, and Hollie Pich from the University of Sydney. In his paper entitled “‘Tumult by the Wharves’: Disorder on the Waterfront in French and British American Port-Towns,” recent Masters graduate Nash explored the ways in which port cities were important sites of cultural exchange as they played host to a collision of social, cultural, and economic identities. Born from these Wharves, he argued, was a heavily contested and insecure settler colonial space that proved deeply troublesome for imperial practice.

In addition to concurrent panels and keynotes, ANZASA also provided two postgraduate writing workshops and two teaching workshops prior to the opening keynote, both of which were well attended. Such activities were reflective of the organisation’s educational ethos to provide students and teachers with specialised skill-building exercises.

Overall, the 2019 ANZASA conference highlighted the ongoing relevance of myth and narrative in the study of the American Past. Showing that, as Anne Carson has warned, to live past the end of one’s myth is, indeed, a perilous thing, ANZASA members confronted the shortcomings of myth and master narratives commonly deployed to unite communities across the United States. As a result, this conference confirmed that as scholars, it is our responsibility to challenge broad generalisations of American culture and identity to better understand the ongoing significance of community, conflict and national identity in our research.

Queer Clout – Chicago and the Rise of Gay Politics by Timothy Stewart-Winter
Book Review: 'Hattiesburg, An American City in Black and White' by William Sturkey
Review: Marx and Marxism in the United States
Review: Presidents and Premiers Workshop, Newcastle University, 26-27 May 2017
Review: 'Writing Back: Subverting Dominant Narratives'
Review: Historical Fiction in the United States since 2000
Book Review: Philosophy for Spiders: On the Low Theory of Kathy Acker by McKenzie Wark
BAAS 2022 Panel Review: 'Language and Multiculturalism in Contemporary Literature'