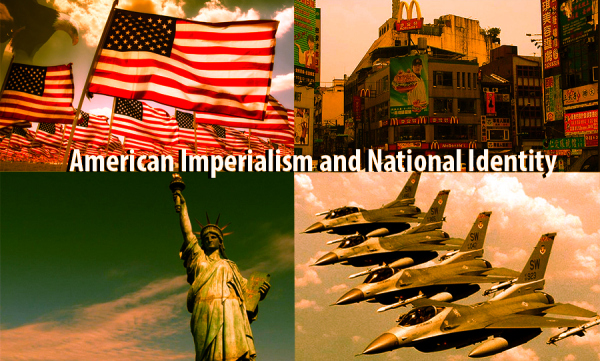 With Iraq in turmoil and U.S. military involvement in the Middle East once again in the spotlight, the timing of the ‘American Imperialism and National Identity Conference’ on the 14th of June at St. Aidan’s College, University of Durham, could not have been more prescient. This interdisciplinary conference for postgraduates and early career researchers appropriately brought together an international array of academics to present their research on a wide variety of topics pertaining to U.S. imperialism.

The conference was opened with a whirlwind welcome by Philip Gannon (Durham University). Perhaps this was a little too brief, as a more detailed introduction would have counteracted the disparate nature of the conference, and established a focal point for discussion to return to. The first panel of the day – ‘9/11 and U.S. Imperialism’ – was kicked off by Dr. Flavio Sanza (Turin University), and his engaging paper tracing the four stages of U.S. imperialism: the Monroe Doctrine, Roosevelt Corollary, Reagan Doctrine (combatting the spread of the Soviet ‘Evil Empire’), and Bush Doctrine (targeting the ‘Axis of Evil’). Dr. Sanza also noted similarities between U.S. foreign policy and that of the Roman Empire, with particular importance given to Charles Krauthammer’s conception of the U.S. as a ‘uniquely benign imperium’. This was followed by my own paper, which controversially asserted that contemporary author David Foster Wallace’s notion of ‘Americanness’ was predicated on nostalgia for the military veteran. I claimed that Wallace’s vision of ‘Americanness’ is based on an idealised, masculine conception of the U.S. that sees military service and imperial ideology as efficacious and authentic models on which to base national identity, especially when compared with contemporary middle-class middle-management jobs. Rounding off the panel was Melissa Koluksuz (London School of Economics and Political Science), whose superb paper ‘Critical Geopolitics and American Empire: An Interdisciplinary Analysis of Post-9/11 Imperialism’ noted the shift in conceptions of territory and space in an imperial context, highlighting that the very ability to change the meaning of space is itself an imperial action.

The second session saw the conference split into two panels: ‘Alternative Imperialism’, and ‘U.S. Cultural Identity and Imperialism’, which I opted for. Unfortunately, one of the speakers on this panel was unable to attend, but Mehzeb Chowdhury (Durham University) admirably volunteered to fill the gap with his impromptu talk ‘American Imperialism: Cultural Underpinnings of the “War on Terror”’, noting the origins of U.S. imperialism and exceptionalism in Winthrop’s famous ‘A Model of Christian Charity’ sermon. The other papers on this panel were of a notably high standard, beginning with Bianca Scoti’s (University of Glasgow) ‘The “Barbaric Beauty” of Persian Carpets: Notions of Empire and Identity and Home in the Gilded Age’. Engaging with a dialectic of authenticity and imitation, Bianca noted how an aesthetic appreciation of Persian carpets brought with it paradoxical racist attitudes towards the ‘other’. In her analysis, the proliferation of ‘exotic’ or ‘Oriental’ goods in the Gilded Age signalled not only a growing sense of worldwide awareness and sophistication amongst Americans, but also the growth in U.S. economic and industrial power, exemplified by more people being able to purchase foreign luxuries. Furthermore, the introduction of cheap imitations reflected the U.S. belief that they could ‘do one better’ and copy beauty whilst making it more affordable, and thus democratic. This was followed by Eve Benhamou’s (University of Warwick) entertaining paper on Disney’s attempts to incorporate multiculturalism into their animated features between 1995 and 2013. Focusing on Pocahontas (1995), Atlantis: The Lost Empire (2001), and The Princess and the Frog (2009), Eve outlined a genealogy that moved from a sexist and historically exclusionary search for authenticity in Pocahontas to the diverse yet cliched crew of the ship Ulysses in Atlantis, before noting how The Princess and the Frog – despite the first appearance of an African American princess in a Disney film –  actually promotes the elision of race, characteristic of the rhetoric of ‘Obamerica’. 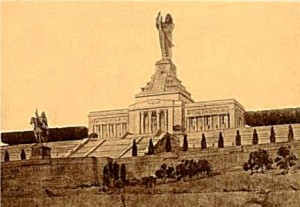 After the ample buffet lunch I attended the ‘U.S. Imperialism and Native Americans’ panel, ever mindful that the conference’s focus on recent imperialism thus far had ignored the imperialistic nature of the American project from the outset. The panel was opened by Susannah Hopson (University of Hull), whose enlightening paper called attention to the little-known Bear River Massacre of 1863, in relation to collective memory. Underscoring the proliferation of memorials at the site of the massacre and the corresponding change in attitudes over the years, Susannah perceptively noted that the degree to which the massacre is forgotten is also a function of Shoshone resistance to the co-option of Native American myths in the national imaginary. Danielle Fleming’s (University of Glasgow) insightful paper also focused on issues pertaining to memorialization, this time the figure of the ‘vanishing Indian’, in the proposed but never started National American Indian Memorial in New York. Danielle noted that the plans for the memorial – despite being an outgrowth of the lamentable quest to annihilate or assimilate Native Americans –  did at some level credit them with a more prominent place in U.S. culture than they had previously been afforded, although still framing them as an ‘other’ against which to define the nation.. Sercan Hamza Bağlama (Durham University) continued with an innovative post-colonial reading of D.H. Lawrence’s short story, ‘The Woman Who Rode Away’ that made use of Homi K. Bhabha’s ‘Lacanian schema of imaginary’. Alex McDonnell (Durham University) then closed the proceedings with a psychoanalytic reading of Helen Hunt Jackson’s Ramona (1884), contending that the novel subverts its intended democratic spirit and project of assimilation by suppressing ‘Indian’ identity.

The stimulating roundtable that closed the conference – under the title ‘U.S. Imperialism and Cold War Legacies’ – featured Professor Adam Piette of the University of Sheffield, Dr. Fabian Hilfrich of the University of Edinburgh, and Dr. Steven Hurst of Manchester Metropolitan University. The discussion did a fantastic job of both synthesising and expanding upon the day’s discussions, as well as introducing new avenues for debate, questioning the validity and efficacy of the term imperialism itself. Prof. Piette identified the importance of acknowledging the relationship between hegemony and imperialism, with imperialism cast as the ‘dark twin’ of hegemony, and argued that whether we think that U.S. imperialism exists or not, it has had an inescapable impact on how we think, especially in relation to literature and culture. Dr. Hilfrich similarly contended that imperialism should be treated as a point of departure for critical debate rather than an attempt to prove the fallibility of U.S. foreign policy , and highlighted how a focus on empire often precludes analysis of what happens to the ‘dependants’, epitomised in the focus on the U.S. and the Soviet Union in relation to studies of Vietnam, rather than the effects on Vietnam itself. Dr. Hurst argued that the Cold War might actually be a marginal moment in the history of U.S. imperialism, serving as a means of restraint rather than encouraging an expansion of U.S. power. He also noted that thinking about ‘imperialism’ as a term might not be overly useful in a U.S. Cold War context, as it presumes negative connotations. Dr. Hurst continued the argument for ‘hegemony’ to be used as a more viable, less problematic alternative that is not reductive with regards to a complex period of international relations, but instead allows for more nuanced analysis; a fitting way to conclude the conference that left avenues open for further discussion.

Overall, the interdisciplinary nature of the conference resulted in a huge variety in both the subject matter of the papers and the critical approaches employed, and ensured that the repetition that can sometimes mar single-theme conferences was avoided. The venue, hospitality and organisation were excellent, whilst – perhaps most importantly – the papers were consistently of a very high standard, suggesting that the study of U.S. imperialism and hegemony will continue to produce exciting and thought-provoking research.

(Re)Constructing the Past in George Saunders’ “CivilWarLand in Bad Decline”
60 Second with Sage Goodwin
Not just Yo’ Mama but Rap’s Mama: The Dozens, African American Culture and the Origins of Battle Rap
“Eternal Confusions in Another World”: American Captives and Imperial Vulnerability in Algiers
Panel Review BAAS 2022: 'Rethinking Identity and Place in the South: Cultural Production and Communi...
Review: Exhaustion and Regeneration in Post-Millennial North American Literature and Visual Culture
60 Seconds With Emma Long
Memory as Superpower in Ta-Nehisi Coates's The Water Dancer