Review: Marx and Marxism in the United States

Review: Marx and Marxism in the United States

Conference Review: ‘Marx and Marxism in the United States: A One-Day Symposium’, University of Nottingham, 11 May 2019.

In 1906, German economist and sociologist Werner Sombart declared that there was no socialism – and no class consciousness – in the United States. Just over a decade later, America was plunged into its first Red Scare over fears of radical socialist and anarchist influence on newly emerging leftist organisations and trade unions. This hysteria ebbed and flowed, reaching another peak in the early post-war period spearheaded by Senator Joseph McCarthy. With the increasing embrace of socialism by young Americans in the wake of the 2008 financial crisis, it is clear that the relationship between socialism and Americanism has been nothing short of turbulent. Throughout all these developments, one figure has loomed large – Karl Marx. This symposium, co-organised by Christopher Phelps (University of Nottingham) and Robin Vandome (University of Nottingham), invited scholars to discuss the influence of Marxism on the history and culture of the United States. 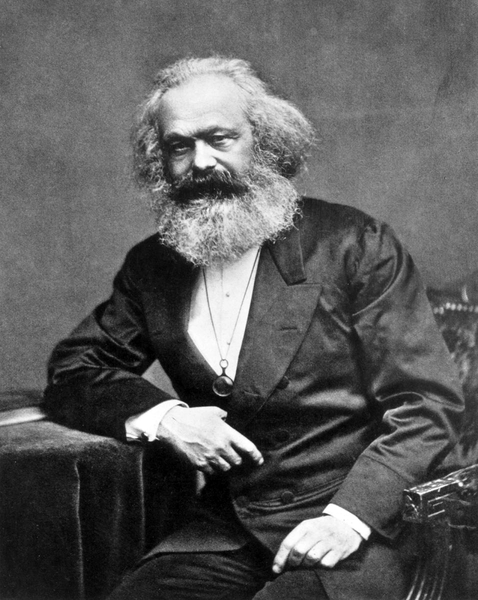 The Communist Party of the United States of America’s (CPUSA) appropriation of American ideals during the interwar period, when the organisation enjoyed the height of its popularity, provides a crucial starting point for understanding the relationship between Marxism and Americanism. Jodie Collins (University of Sussex and British Library) demonstrated that the CPUSA’s propaganda pamphlets attempted to canvass support by depicting their Marxism as congruent with the American revolutionary tradition and by portraying party leader Earl Browder as an all-American icon. Despite its efforts, it was antifascism and growing trade union conflict, rather than an appeal to Americanism, that caused the CPUSA’s membership to swell. Leilah Danielson (Northern Arizona University) similarly spoke of the efforts of the Conference for Progressive Labor Action (CPLA) to repurpose the struggle of workers against Fordism into a revolutionary initiative. These papers raised discussion of whether the historical debate over the Comintern’s involvement in the CPUSA’s activities would see further developments.  This culminated in agreement that, while the Party is indeed important, it may be productive to shift focus away from it and towards a conception of Party activity that gives due weight to the grassroots. While organisations such as the CPUSA and CPLA sought to manufacture a version of Americanism that would suit their political ends, Robin Vandome attested to their criticisms of Joseph Freeman’s attempt to reconcile Marxism and Americanism. Freeman’s memoirs drew on Marx and Freud to create a fusion of politics, aesthetics, and psychology that advocated the recreation of an experiential visionary Left which proved controversial within party circles. 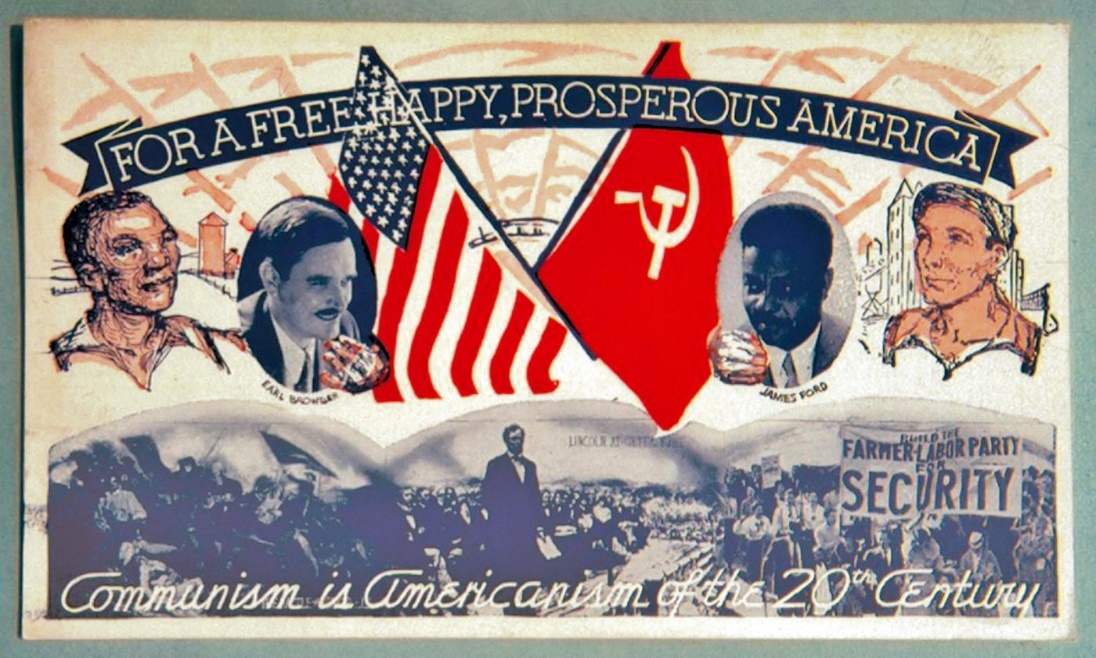 Just as Freeman drew the scorn of the CPUSA for his unique take on Marxism’s relationship with the Old Left, so too did Kenneth Burke. As Eamonn McGrattan (Trinity College Dublin) argued, Burke’s equation of language with symbolic action found an audience among Marxist intellectuals, but was viewed with suspicion by the CPUSA. Andrew Rowcroft (University of Lincoln) and Tim Jelfs (University of Groningen) sought to bridge the gap between Burke and the age of social media. Rowcroft focused on science fiction author Kim Stanley Robinson, whose work exhibits powerful anticapitalistic sentiment, and his short story The Lucky Strike (1984), an alternate history of the atomic bombing of Hiroshima. Jelfs explored the growth of avowedly leftist movements since 2007 and 2008 that performatively disassociate themselves from liberalism in their social media activity. The increasing number of Americans calling themselves ‘socialists’, and the success of Bhaskar Sunkara’s The Socialist Manifesto (2019), he argued, suggests a market for radical politics in America. Discussion on these papers centred around the idea of a feedback loop between culture and politics. Burke deliberately intermixed political propaganda and art in his work, whereas Robinson’s educational background informed his interrogation of Marxist concepts in his fiction. It remains to be seen whether the new media pioneers could mobilise their cultural influence to further political ends, especially as their work is the product of specific regions and elite institutions. Their reception among the working class is also unclear. While a third socialist party may not emerge from the fray, their injection of life into Marxism may serve to enrich liberalism. 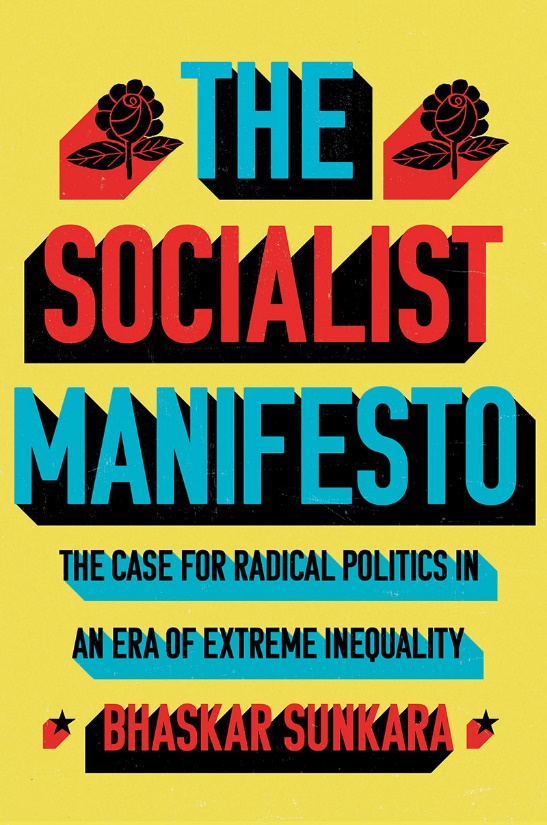 It was the historical conflict between Marxism and American liberalism which Andrew Hartman (Illinois State University) examined in his keynote address. As the United States is the nation most closely associated with capitalism, Hartman argued that Marx’s critique of capitalism positioned him as the United States’ alter ego and an integrative force for those liberal and conservative intellectuals who sought to prove his ideas false. Plotting out four ‘Marx booms’ – in the Gilded Age, the 1930s, the 1960s, and the present – it becomes evident that Marx’s reception mirrored the narrative arc of liberalism from the 1930s to the 1960s. The discipline of American Studies and the development of consensus history, after all, began life as a larger ideological project to define Americanism as distinct from Marxism.

The third Marx boom linked a series of papers on Marxism and sixties radicalisation. Nick Witham (UCL) spotlighted the pedagogical use of Howard Zinn’s A People’s History of the United States (1980) as a way through which Marxism’s influence spread throughout generations of Americans. Sinead McEnaney (Open University) focused on Weather Underground, a small violent revolutionary group operating within the wider New Left women’s liberation movement. While not outspokenly Marxist, the organisation and its figurehead Bernadine Dohrn articulated the importance of Marxist ideas to second wave feminism, such as the connection between the feminist struggle and issues of class and privilege, even as Marxism was reframed around antiracism and anti-imperialism. Joe Street (Northumbria University) addressed the Black Panther Party’s relationship with Marxism. Although its members did not actively read Marx, their familiarity with the work of Franz Fanon saw them absorb Marxist principles, exemplified in their attempts to create a counter-hegemony in the inner cities. Taken together, these contributions gesture to the complexity of the process through which Marxism came to inspire a generation of activists. 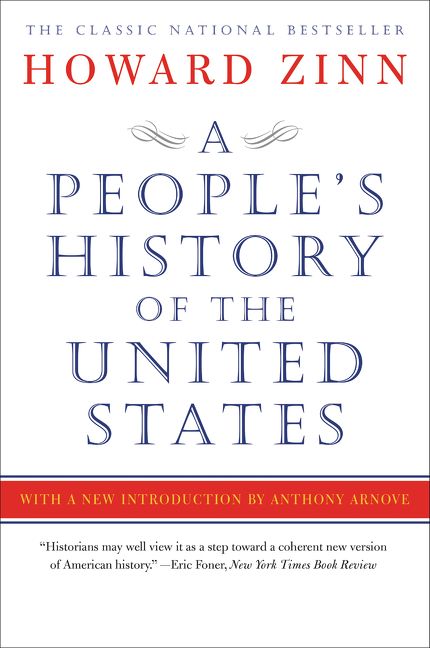 The symposium concluded with a plenary that encapsulated the broad historical sweep of Marx’s influence on the United States by focusing on five specific years. Christopher Phelps opened by identifying 1919 as a watershed. The clash over dividing the post-war surplus was marked by an unprecedented strike wave and nationwide race riots while reactionary politics and the Red Scare impeded class consciousness. Trials rose to the fore in Jennifer Luff’s (University of Durham) analysis of 1939, with the trials of prominent Marxists in the U.S. such as labour leader Harry Bridges, and widening public knowledge of the Soviet show trials discrediting the U.S.S.R. Alex Goodall (UCL) identified 1949 as a year in which the institutionalisation of the Cold War led to the CPUSA taking a defensive political stance, but also one in which the Chinese communist rise presented a route out of racism and empire for African American leftists. Marxism is essential to understanding LGBT politics in 1969, Jonathan Bell (UCL) argued, as sexual dissidence was increasingly shaped by the capitalist nature of the US healthcare system. Molly Geidel’s (University of Manchester) analysis of 1989 gestured towards the importance of popular culture in encouraging the public to restructure the Washington consensus as the Cold War wound down. These papers, and those of the symposium as a whole should encourage historians to acknowledge the existence of a robust tradition of theoretical Marxism throughout American history.

Daniel Watson is a Midlands3Cities funded PhD student at the University of Nottingham. His research examines how American organised labour intervened in debates over industrial automation during the Cold War.
View all posts by Daniel Watson →
Tagged  C20, Marxism, Politics.
Bookmark the permalink.