The Kent Americanist Symposium returned on November 21st for the fourth of what is now an annual gathering of early career scholars. The day was admirably led by Jack Dice and Irene Lopez Sanchez, both of the University of Kent, and was sponsored by the British Association of American Studies (BAAS) and the Centre for American Studies at Kent.  The timely and topical title of the day was “The Spatial Americas,” embracing the full diversity of thinking on the continental scale. 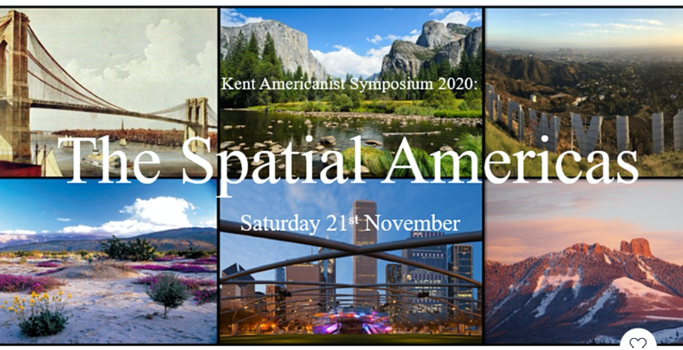 As this event becomes embedded within the Americanist calendar, it is growing more substantial with each iteration.  This year saw a full schedule of four panels and two very engaging keynote papers, insightfully engaging with the conference themes of liminalities and frontiers, written spaces, space, memory and exile, and racialised spaces.

The preliminary lecture was delivered on Wednesday 18th November by Professor Hsuan L. Hsu (UC Davis), discussing “Racial Atmospheres and Olfactory Aesthetics,” in a wide ranging consideration of the racial politics of smell. He reminded us that we experience space through all our senses, and that smells can be particularly evocative. He took us through Rudolph Fisher’s Harlem, with its bad vapours linked to poor ventilation in tenement housing, on to the deceptively pleasant smelling Californian crop fields in Helena Maria Viramontes’ Under the Feet of Jesus, where the pesticides are actually killing the migrant Latinx labourers. Then he moved to the counter narratives in Sui Sin Far’s Mrs Spring Fragrancewhich depicts homes in Chinatown full of blossoms, and to decolonising Hawaiian poetry, in which waves of colonisers are depicted as having befouled the air with their modernisation. Professor Hsu described his research into what he terms ‘atmo-orientalism’ and a hundred years of negative stereotypes in American literature that link Asian bodies to unpleasant and industrial odours. He explained that this was sadly particularly relevant this year, as the Presidential handling of the COVID-19 pandemic has led to a surge in anti-Asian sentiment as the US struggles to sanitize its way through these strange times.

The four panels of papers on the Saturday covered an impressive amount of ground. Max Zahnd’s (University of Cambridge) discussion of the Alaskan Government’s imposition of taxation on indigenous peoples took us to the North, whilst Patrick Turner’s (KCL) turned our attention to the South with his consideration of literary depictions of settler gardens in Argentina. We looked to the East during Hattie Hearn’s (UEA) exploration of the emotive resonance of the disused US air base at Thorpe Abbotts in Norfolk, whilst Lucy Mountfield (University of Nottingham) focussed our attention on the Grand Canyon in the West as she asked Whose America Is It Anyway? in her look through the lens of amateur photography.  The largesse of the conference call allowed for a broad interpretation and these papers demonstrate the expansiveness and diversity within the current field of American Studies. 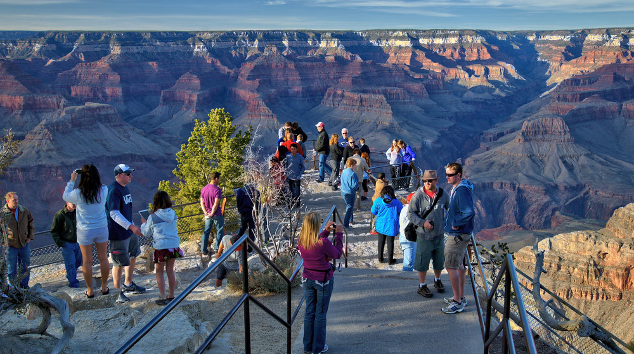 “Grand Canyon Tourists at Sundown” by hugh.rhine is licensed under CC BY 2.0

The Conference was presented with a tantalising array of American spatialities, highlighting the interdisciplinarity of the concept as a framework for research. Alex De Lacey (Goldsmiths) explored the frustrations of living on the edge as expressed by upstate New York hip hop artists. Jun Qiang (University of York) turned to the intimate space of the late nineteenth century hotel depicted in the writings of Edith Wharton. Conall Treen (University of St Andrews) discussed the political significance of clearing land in New Brunswick as a signifier of settler loyalty to the Crown. Olivia J. Arigho-Stiles (University of Essex) considered sociological constructions of place in Bolivia and the ethnic division of the country between Indian highlands and white lowlands.  Questions of agency and ownership, the relationship between place and legitimacy, voice and representation consistently emerged as counterpoints to the wider conference themes. In the wake of the Black Lives Matter marches, and following a Presidential election when we saw headlines reminding us that “Land Doesn’t Vote, People Do”, these issues could not be more relevant. 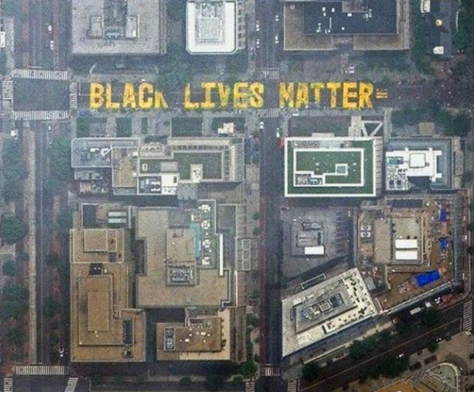 These considerations were beautifully brought together by Dr Anne-Marie Angelo (University of Sussex) in her closing keynote address on the British Black Panthers and the creation of anti-imperial space. In an hour-longtour de force, Dr Angelo mapped out the network of relationships between the Black Panther movement in the US and the UK, highlighting the UK’s historical entanglement in US/African race relations through Britain’s involvement in the slave trade. In a negative inversion of American exceptionalism, commentators at the time liked to pretend that the US was the ‘only’ country with racial difficulties, but the Windrush generation suffered horribly from the hidden racism of the Englishman. By tracing a global network of diasporic resistance, Dr Angelo considered how Black Power changed from an African American movement to a wider struggle for freedom. She explained how Black Britons in the 1960s and 70s embraced the Black Power movement as a means to highlight the racism in UK society, creating autonomous spaces and community in the face of lingering imperialism. Through a close study of the harassment of the Mangrove Nine in Brixton Dr Angelo engaged with the conference themes, focussing on the liminality of the Caribbean community in London and the spaces they crossed on their journey towards justice. She explored their dual memories of home and of British complicity in the racial politics throughout the Americas, and the significance of representation; of staking a claim to a space and saying WE are here. 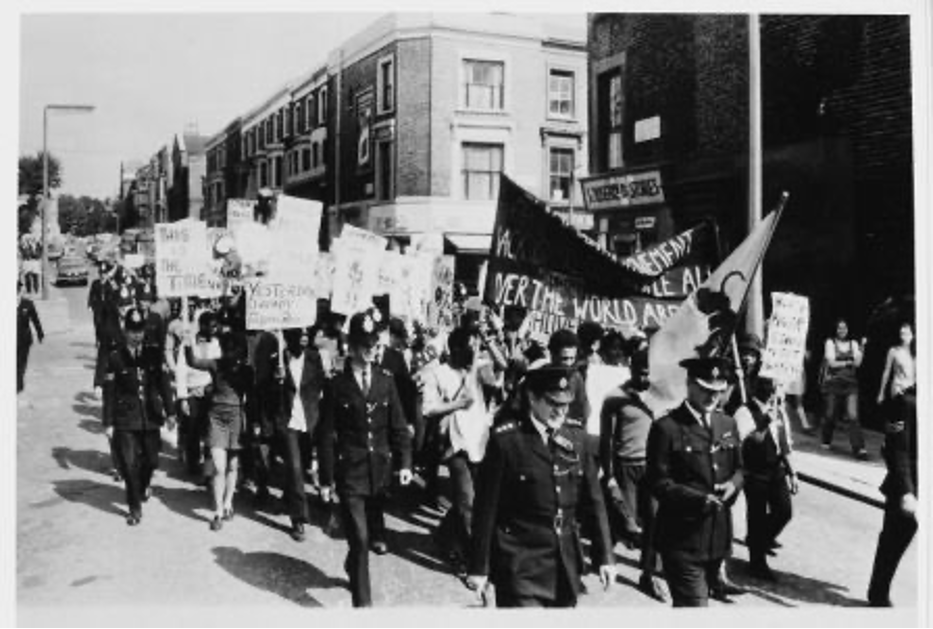 Many thanks must go to the organisers of this event, as they had to respond to the challenges of the pandemic, postponing and moving from an in-person conference to an entirely online version instead. This resulted in a conference which was very different in terms of space but just as effective at sparking engaging conversations.

Deborah Snow Molloy is an American Literature PhD student at the University of Glasgow. She is researching the relationship between the New York environment and the mental state of female characters in women's literature. Deborah's wider interests are in literary geography, medical humanities and early twentieth century American women's fiction. For more information on Deborah's research, you can visit her researcher profile(https://www.gla.ac.uk/schools/critical/postgrad/currentpgs/deborahmolloy/) or follow her on twitter @snowmolloy.
View all posts by Deborah Snow Molloy →
Tagged  Conference Review, History, Kent Americanists Symposium, Literature.
Bookmark the permalink.