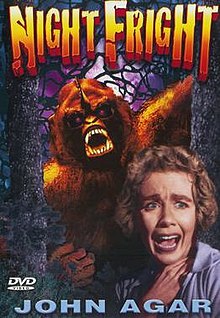 The day opened with Laura Sedgwick’s (University of Stirling) talk titled ‘Home Away From Home’, in which Sedgwick offered an examination of the visual representation of haunted spaces within contemporary horror cinema after 1978, and discussed case studies of some of the most popular Gothic spaces to highlight their diversity. She also explored production design of the same spaces to better understand the impact of the said design on the diversity of Gothic spaces depicted in horror films. Furthermore, Adam Herron (University of East Anglia) went on to compare snuff fiction with other generic categories. He argued that snuff films are often dismissed by the academy as almost non-existent, and that the viewing of death in snuff fiction and the non-acceptance of the idea was framed by the aesthetics of high and low cultures. Liam Hathaway (De Montfort University) introduced the terrifying and horrific world of bugs in his talk ‘Monsters by the Millions’. Hathaway’s research is an interdisciplinary eco-cultural investigation of killer bug films in order to  explain how they articulate anxieties related to the natural world and the impact of humankind on it. Tristan Thompson (Independent scholar) explored the independent distributor World of Video 2000’s release of an obscure 1960s film titled Night Fright (dir. James A. Sullivan). Thompson’s research looks at how an unremarkable monster movie from a different era was subversively rebranded, re-edited, and re-released to exploit anxieties of the time, specifically cinematic content censorship, piracy issues and media criticism.

After a pleasant coffee break, during which the participants shared insights into their research and methodologies, James Campbell (Intellect Books) gave an engaging talk about publishing. He offered his thoughts on tips and tricks for PhDs and ECRs on how to prepare for the process of publishing articles, pros and cons of the publishing world, and the current state of publishing in the UK. It was a truly insightful and helpful lecture, and the participants benefited from the range of advice given by an expert in the field.

Panel two featured research on post-humanism, feminism, transgression, and sexploitation, among other things. Ralph Dorey (Northumbria University) presented research on a recurring horror image of hybrid organic matter in different forms and their reorientation through queer feminist philosophy and art. Using mostly post-structuralist theory, Dorey explored the effect of such horror and its disruption on anthropocentric position, as well as the position of a white cisgendered heterosexual male subject. Valeria Villegas Lindvall (Gothenburg University) raised interesting questions through her research which  explores the understanding of the Satanic in Latin American horror film, concentrating on films produced in Brazil, Argentina and Mexico as case studies . Her main concerns are based on the interrogation of the category of witchcraft and Christianity as a colonially inherited construct and how its impact gave way to the dominance of Eurocentric views on issues such as gender and religious practice in Latin America. On the other hand, Britt Rhuart, (Bowling Green State University) talked about Hippiesploitation, a specific kind of exploitation film that spanned several genres in mid 1960s and 1970s. These kinds of films can certainly be linked to a few different subgenres such as biker and drug films of the era, true classics of exploitation film. In his research, Rhuart scrutinizes the Hippiesploitaiton genre, looking at the work of different directors in order to examine how the genre is representative of the time, utilising reception theory, and examining how it reflected the counterculture movement in film, the ever-changing film industry, and the decline of studio system, in order to determine its place in American film culture. 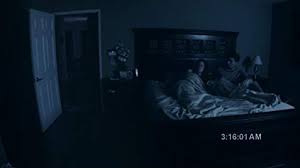 Panel three focused on contemporary examples of horror film from different parts of the world. Kevin Bickerdike (Sheffield Hallam University) presented his research on British Horror Cinema and the Production of Space. He offered close readings of several British horror films, examining how those films represent different spaces, and how individual group identities are both informed by and produce those spaces. Tanja Jurkovic  (University of East Anglia) talked about horror films in Eastern Europe, notably in the Balkans. In her research, Tanja explores potential issues with horror as a genre in the Balkans, with the purpose of trying to “map” the same in Former Yugoslavia and the countries that were formed after Yugoslavia’s fall. To conclude the last panel of the day, Joshua Schulze (University of Warwick) introduced his research on the relationship between structural/materialist films and found- footage horror, focusing primarily on the Paranormal Activity franchise. Schultze examines the extent to which these films are concerned with themselves as objects and their own formalism, often in place of conventional narrative. He goes on to say that each of the films in the franchise exhibits features typical of structural/materialist film, which, in terms of current scholarship, are not yet thoroughly explored through close textual analysis.

Different types of research introduced during the day connected not only in a geographical sense, representing less researched territories across the world, but they also created a map of neglected areas of research in horror genre in academia today, which will certainly help change the game for future researchers.

‘Horror, cult and Exploitation Media 2: Workshop for PhDs and ECRs’ was dedicated to the memory of Professor Peter Hutchings (1961-2018), a highly respected film studies academic from Northumbria University, and an expert on horror genre within academia. His work, including the book Hammer and Beyond: British Horror Film (1993), “effectively legitimised the study of horror film in Britain, paving the way for other influential books”[i] and authors in the field, and his influence can be seen in many published contemporary works and academic research.

[i] Johnny Walker, in a Northumbria University tribute to Peter Hutchings: https://www.northumbria.ac.uk/about-us/news-events/news/2018/03/tributes-pour-in-after-highly-respected-film-studies-academic-passes-away/ [Accessed 20/3/19]

Review of 'Avant-Gardes Now!' Symposium
Culture Shock: Representing border discourses and practices in the Trump era
Sampson Selig: the 1896 election and children in American political history
A Brief Consideration of the American Empire Through Modern and Contemporary Poetry
War Among All Puerto Ricans: The Nationalist Revolt and the Creation of the Estado Libre Asociado of...
The legacy of Black Power Visual Culture in 1990s Hip Hop
Covid-19 Triumphalism in China’s 2020 Docudramas
Folktales in Randa Jarrar's 'A Map of Home' (2008)

Tanja Jurković is a PhD researcher at UEA, Norwich, UK. The topic of her PhD research is Balkan horror cinema, focusing on horror genre in the Balkans, and the relationship between Croatia and Serbia. Other interests include, but are not limited to Grand-Guignol, Gothic, horror genre, popular culture, metal music, representation of mental illness in horror.
View all posts by Tanja Jurkovic →
Tagged  C20, C21, Film, Horror.
Bookmark the permalink.