HELAAS Young Scholar Symposium triumphantly defied the ongoing COVID-19 pandemic in an innovative, fully digital format which comprised a week-long asynchronous phase, and a synchronous Q&A session phase on September 19, 2020. However, the symposium’s creative surprise, i.e. the production of the play Women of Ciudad Juarez by the American theatre company TeatroTravieso/ Troublemaker Theatre – along with its post-performance workshop on social theatre politics, aesthetics, and feminicide by educator and director Jimmy Noriega – had to comply with the initial planning and inevitably preceded the aforementioned digital turn of the symposium as it was held on March 6, 2020. The symposim further welcomed two special guests: EAAS President Philip McGowan and US Consul General, Elizabeth Lee who both commented on the significance of bridging conflicts particularly in the current pandemic climate. The conference theme of ‘Conflict and Negotiation in American Culture(s)’ problematised the centrifugal and centripetal forces embedded in contemporary American culture(s) and several young scholars attempted an interdisciplinary approach on the symposium’s theme ranging from identity formation processes, film and culture wars, and cross-cultural negotiations of theatrical performance, to the study of gender as a site of conflict, conflictual cultural symbols, and race as a contested locus of representation.

In more detail, the opening panel with Ioanna Gympaki, Damla Pehlivan, Katerina Marazi and Kelly Pasmatzi revolved around attempts to approach the impactful nature of the postmodern condition on personal identities. The argumentation ranged from theoretical, psychoanalytic interpretations of late modernity to more interactive, Matrix-like, applications located in the era of advanced technologies and globalization to conclude that the unified version of represented reality and individual freedom are concepts under challenge. This broad framework provided the panelists with the fertile ground to even question the (un)translatability of foreign cultural products, particularly films, due to linguistic, ethnic and ideological barriers which hinder the subtitling process and inadvertently create an unfamiliar effect for domestic consumers. 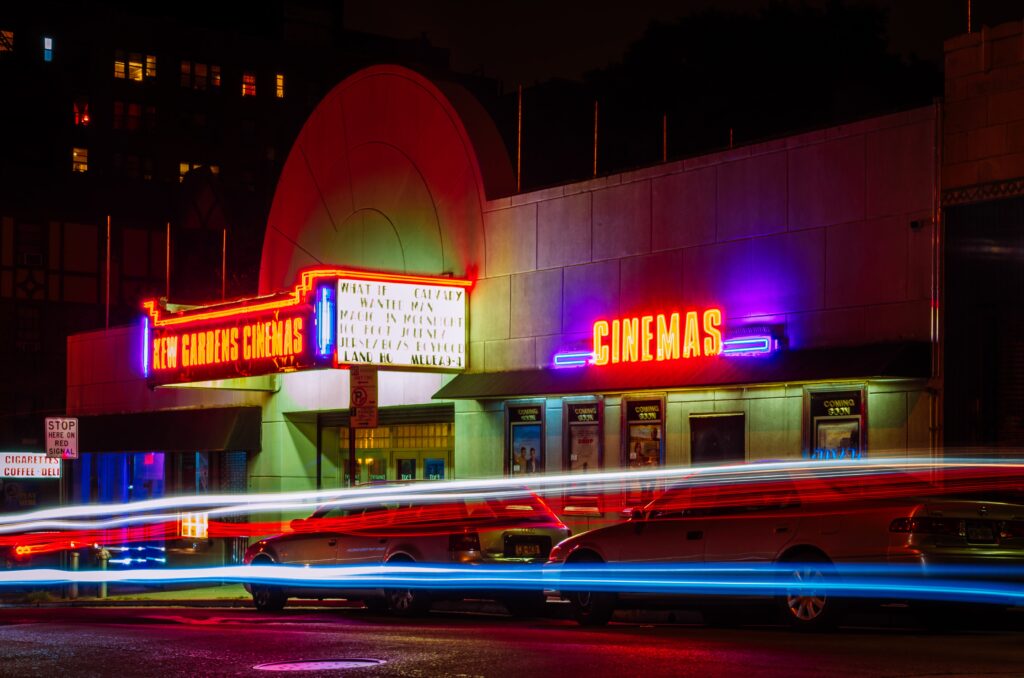 In a similar manner, other panelists such as Melenia Arouh, Sofia Zuanich, Zafiris Nikitas and Paschalia Mitskidou explored the negotiations of cultural representation on the American film scene, fiction, and American-inspired international theatre. Several historical incidents, film industry practices and identity politics that were employed delved into the way in which Hollywood participates in the polarity between it being the main domestic cultural institution and the main exporter of American culture worldwide, yet its theme parks fail to truthfully approach American-ness. At the same time, genres such as the ‘Christian film’ seem unable to penetrate Hollywood’s genre standards despite their success in the market, something which brings to the forefront certain moral dilemmas. This expansive view on artistic applications on American culture was also explored in theatrical cross-cultural experimentations of realism in Greece and how these influenced Greek cultural politics and the Greek national identity in the post-World War II era.

The exploration of conflict and negotiation in American culture(s) further extended to discuss issues of gender. Totalitarian and dystopian regimes were used to stage Anastasia Miskaki, Efrosyni Pappa, Maria (Mariza) Tzouni and Stavroula Vergopoulou’s argumentation regarding the subjugation of female voices both in public and private sectors by societal and political policies aiming to control womanhood and its rights. The presentations and following discussions inevitably touched upon the role of language as a means of control as well as resistance, and the cultural momentum of neo-burlesque pieces revisiting and recontextualising fables, fairy tales, stories and popular cultural symbols. Even advertising was approached as a sexist industry and subvertising was contended as a substitute feminist technique which the translator can utilize to mediate and redress gender conflicts.

The symposium’s closing presentations posed several questions around the issue of race as a contested locus of representation.  Kalliopi Fragkouli, Panteleimon Tsiokos and Dimitra Nikolaidou’s focus ranged from the portrayal of the Black selfhood as inner burden in both postmodern poetic form and content to the more physicalized entrapment and abuse of American ‘correctional’ institutions in the midst of the civil rights climate, and the evolution of TPRGs in terms of visibility and representation of race and the broader concurrent cultural shift in the USA.

Additionally, a series of technical workshops on frequent academic puzzles incorporated in the HELAAS YS program further conduced to the success of the event. The first workshop by Aikaterini Delikonstantinidou addressed the issue of publishing a thesis as monograph. It provided a guide for finding publishing houses to drafting the book proposal and dealing with copyright issues. Focusing on the Arts and Humanities disciplines and aspiring to boost the young scholar’s confidence in dealing with these issues, this workshop was met with enthusiasm by the people attending it, with many commenting on the difficulties they face while endeavoring to enter academia.

Thematically close to the first workshop, there was a seminar offered by Maria Virginia Tsikopoulou and Dimitra Nikolaidou placing particular emphasis on the process of submitting papers to academic journals and conferences. Through a number of tools presented in this seminar, young scholars were introduced to examining the impact factor of a particular journal as well as the risks entailed in publishing one’s work. The lively discussion which followed among the participants gave them the opportunity to further express their queries about such technical matters which sometimes seem to be out of their sphere of knowledge and truly gain a navigator to tackle future issues. 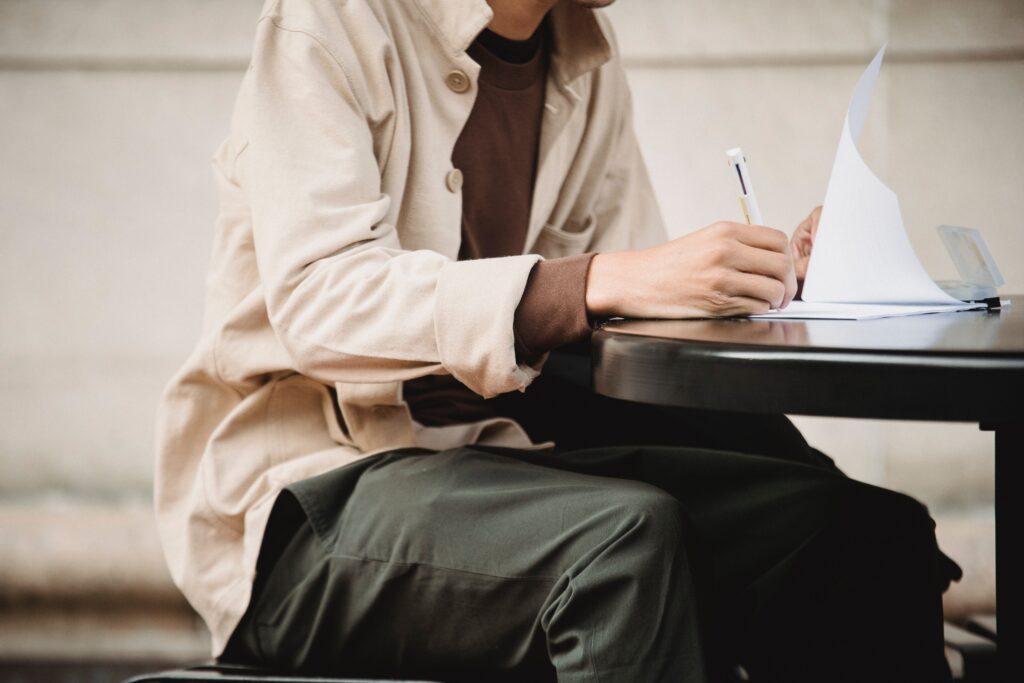 The last seminar presented by Constantine Chatzipapatheodoridis and Penny Koutsi aimed at familiarising the young scholars with the process of creating a syllabus design. Combining topic-based activities and creative tasks, the participants were introduced to the necessary steps they need to follow when building a syllabus for academic purposes. While discussing about the difficulties an instructor faces to organize a syllabus more experienced professors offered important insights into responding to the particular class’s needs which further advanced the conversation. Through exploring the significance of designing a syllabus which will address specific thematic concerns along with the audience’s needs, young scholars responded with great interest in the topic presented.

All in all, the 2nd HELAAS YSS brought together different voices who expressed interdisciplinary and temporally spanning interpretations of the concepts of ʻConflict and Negotiation’. The participants exchanged ideas and gained feedback about their ongoing research while the workshops offered were greeted with much enthusiasm as they were directly linked to the technical aspects of writing a dissertation to organizing a syllabus for academic purposes. This symposium was a testament to the kind of concerns which problematize young scholars in the field of American studies and demonstrated the plurality and diversity of perspectives.

Penny Koutsi is a Ph.D. student in the Department of American Literature and Culture, at Aristotle University of Thessaloniki, Greece. She is currently working on her dissertation which examines the death penalty in contemporary Anglophone plays. Her academic interests include Theater Studies, Political Theory, conflict and violence. Parts of her research as well as other projects have appeared in international conferences and journals.

Panteleimon Tsiokos holds a BA with distinction in English and an MA in English and American Studies from Aristotle University of Thessaloniki, Greece. He is currently employed as a Lecturer of American Studies in France and his research interests revolve around issues of identity in ethnic and minority literature, modernist and postmodernist American poetry, issues of immigration, and the urban space.