“Content Stinks”: this symposium’s title issued a provocation to the field of American periodical studies. The co-organisers, Graham Thompson and Matthew Pethers of the University of Nottingham, called on participants to intervene in recent debates which have occupied literary critics responding to Bruno Latour’s assertion that ’Context stinks! It’s a way of stopping the description when you are too tired or lazy to go on.’ Whether it be Franco Moretti’s ‘distance reading’, Stephen Best and Sharon Marcus’  ‘surface reading’ or what Rita Felski calls ‘postcritical reading’, literary theorists have increasingly devoted themselves to detailing new reading practices which take aim at the assumptions of “critique” and a perceived New Historicist focus on literary texts as singular windows onto a period’s ideological context. This symposium asked whether closer attention to the particular challenges posed by the study of American periodicals can significantly reshape the founding assumptions of this literary-theoretical hunt for new reading practices. As the call for papers pointed out, when applied to periodical studies, these interventions have resulted less in a departure from close reading (with its focus on traditional literary content) than a “consistent privileging of content over context”. Questioning this often unexamined similitude, “Content Stinks!” gathered together an international group of researchers investigating what kind of new reading practices, canons and historical questions can be generated by focussing on the rich material lives of American periodicals. The conference asked how might the institutional, commercial, temporal, formal and (whisper it) ideological materialities that shape periodicals so differently from traditional literary “texts” help to reinvigorate the apparently moribund question of context and with it the field of literary study. 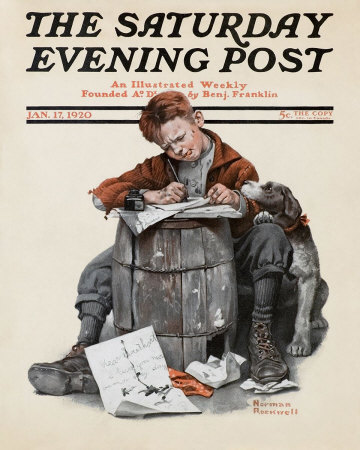 Taking up these questions, the contributors offered diverse interventions into the theoretical parameters of a burgeoning field. The questions that reading periodicals raises for notions of periodicity and pedagogy dominated the day’s lively discussion and were brilliantly set up by Duncan Faherty’s (Queens College and CUNY)plenary lecture: ‘“Still Adding More”: Rethinking Canons, Content, and Classrooms.’ Turning the symposium’s questions to the pedagogical problem posed by a traditional nineteenth-century literary canon whose assumptions still dominate classrooms, teaching anthologies and digital resources, Faherty located the force of this persistence in anthologies’ over-reliance on traditional literary periods. The ‘gravitational pull’ of such periods he argued, comes from an inattention to periodical publication. Thinking of periodicals as the dominant literary form in those moments which occupy the gaps between our canonical period-markers, Faherty argued, would help address a ‘ninety-year failure to imagine periods otherwise.’ In particular, as the dominant literary medium of the nineteenth-century Black Atlantic, periodical culture forces us to reimagine how we read both African American literature (still over-represented in classroom and anthology by the slave narrative) and the more canonical texts associated with the literature of slavery. Drawing on his digital recovery project, Just Teach One – an online archive that encourages teachers to use forgotten texts in the classroom and blog about their experience – Faherty offered the illuminating example of teaching the Haitian Revolution through ‘Theresa: A Haytien Tale’, anonymously published in The Freedom Journal in 1827. Providing a glimpse into the enduring and quotidian character of black discussions of Atlantic revolution in nineteenth-century print-culture, the story offers a useful corrective to the surprise contemporary students are encouraged to feel when they uncover a slave rebellion at the end of Herman Melville’s more frequently taught novella Benito Cereno. Faherty argued that if scholars are too often similar to Melville’s Captain Delano in their inability to read the print-culture of the Black Atlantic on its own terms, this is because they do not consider its ‘aggregate mass of information’ frequently enough in their syllabi. 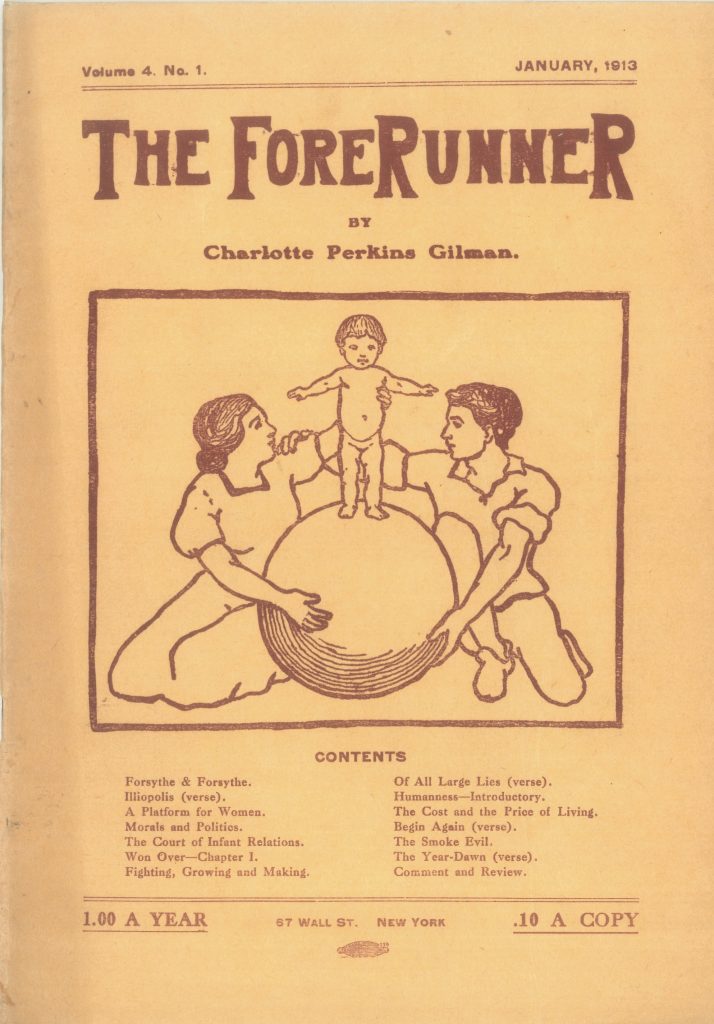 Following Faherty’s lecture the day was split into two panels. The first, ‘The Message in the Medium’ brought together papers investigating how attention to the periodical medium can reorient the aesthetic and political categories by which we read texts in the humanities. Presenting a painstaking digital reconstruction of the readership of a single long-running magazine, the “Agricultural Exchange”, Stephen W. Mandravelis (University of Tennessee at Chattanooga) tackled head on a barrier to historically informed periodical study: its often unknown readership. In doing so he upended the content/context dynamic by using evidence from the magazine’s advertising and contributor content to reverse engineer a picture of its readerly context. Cécil Roudeau (Université Paris Diderot) turned to Charlotte Perkin’s Gilman’s The Forerunner as an example of the way in which the seriality of the magazine promises to fuse the imperatives of formal experimentation and political formation. Roudeau’s fantastic paper drew out the contradictions between Gilman’s aspiration to use her magazine as a ‘locus that performs a collective’ and the unavoidable dominance of the author function that emerges from the fact that Gilman remained the only content provider for a publication that struggled to maintain a readership. Also picking up on these links between formal experimentation and periodical form, John Fagg (University of Birmingham) demonstrated how the removal of Norman Rockwell’s art from its original magazine publication has led to its canonisation as ‘autonomous art’ and the ‘disavowal of its commercial function.’ By focussing Rockwell’s labour as an advertising illustrator for the Saturday Evening Post, Fagg argued that Rockwell’s is an art of everyday life driven by the commercial imperatives of magazine publication. 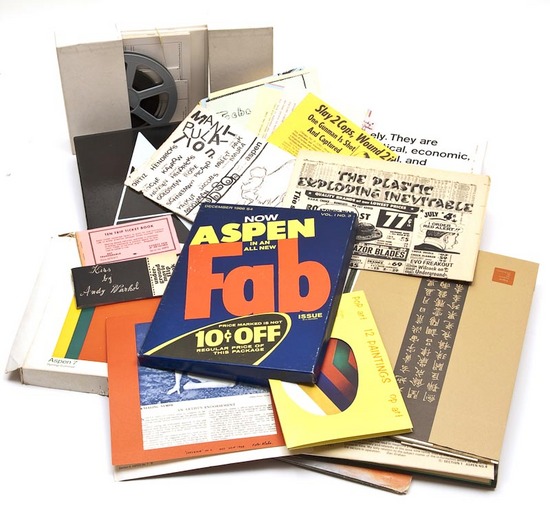 In the second panel, titled ‘The Medium as Message’, the contributors turned more squarely towards the forms of materiality we read in the magazine itself. Maya Merlob (Tel Aviv university) explored how the literary language of the nineteenth-century short story was shaped by the editorial need to fill space on the blank page. Drawing in particular on Poe, she foregrounded the spatial function of editing to illuminate an authorial fascination with the links between meaninglessness and print. Also foregrounding the materiality of print, Kristen Macleod (Newcastle University) argued that a modernist concern with literary and aesthetic content has proved a poor criteria for defining the genre of the American Little Magazine of the 1890s. By focusing on the physical appearance of these magazines, Macleod offered insight into a moment of bourgeois cultural history in which the taste for popular didactic literary forms and avant-garde aesthetic style cross over in ways unrecognisable to the more famous modernist Little Magazines of the early twentieth-century. Moving the discussion from print to multimedia forms in her analysis of the countercultural multiform “magazine”, Aspen, Sarah Garland (University of East Anglia) asked how we might read a magazine for its phenomenological character rather than its content. Drawing on the impossibility of reading Aspen as either a traditional literary text or periodical, Garland argued that the three-dimensional magazine employed seriality to develop an avant-garde theory of reading as bodily participation.

Following the panels was a group discussion turning ostensibly around reading by Mark Turner and James Mussel. However, the conversation branched out usefully to develop on the challenges of teaching periodicals. In particular, the contributors attempted to tease out the kinds of context necessary for students when confronting the vastness of periodical forms and the problems of selection this scope poses. Most intriguingly, conversation centred on the different forms of temporality and materiality the periodical foregrounds. Contributors continually returned to an abiding theme in the papers by suggesting that these forms can enliven, even as they challenge, the questions of interpretation often associated with literary content. By focussing on the difficulty of separating content even from a more broadly conceived idea of context, the discussion hit on the most intriguing proposition raised by the symposium. It seems that, for all its apparent stench, content may be a harder beast to kill than the symposium’s title suggests. But in its reimagined form, perhaps it is one more worthy of resuscitation.

Willa’s Maternal Ethics of Care in Gloria Naylor’s Linden Hills
“The most invisible and outcast group”: Discovering Gay Youth in the Archives
The Praying Indians of King Philip’s War
Review: BrANCA Reading Group: "Hope/Pessimism"
War Among All Puerto Ricans: The Nationalist Revolt and the Creation of the Estado Libre Asociado of...
Review: European Association for American Studies Conference 2016
Meet the Curator: 'Labour's Special Relationship'
From Lemonade to the Louvre: Beyoncé and Jay Z’s Contestation of Whiteness and Showcasing of Black E...

Tomos Hughes is a Midlands3Cities, AHRC funded PhD student in the American and Canadian Studies Department at the University of Nottingham. His thesis, “America’s Imagined Revolution” focuses on novelistic representations of the Reconstruction period by politically engaged writers. His work explores how writers’ attempts to frame Reconstruction as revolution altered the form of the historical novel.
View all posts by Tomos Hughes →
Tagged  C19, Literature, Material Culture, Periodical Studies, Visual Culture.
Bookmark the permalink.