Whilst familiar to the majority of humanities researchers, ideas of collaboration or collaborative work are becoming increasingly significant to American Studies and its related disciplines. In what ways do we understand academic collaboration and wider engagement? How do these understandings fit within contemporary research agendas? How, to expand this contemporary focus, do these understandings also have historical resonances in relation to American diplomacy, culture, and politics? These are a selection of the challenging, yet fascinating questions which delegates debated at this year’s British Association of American Studies Postgraduate Conference in Glasgow.

Co-organised by postgraduates at the Universities of Glasgow and Strathclyde, the conference charted the range of collaborative practices that are emerging in American Studies, whilst also recognising the wider responsibilities of researchers to work beyond traditional academic spaces and foster partnerships with educational, cultural and public bodies. The opening panel, ‘Practical Approaches to Academic Collaboration’, highlighted how ideas of collaboration are closely linked to pedagogical conditions which facilitate academic research and communication of knowledge. Whilst Malcolm Craig (University of Edinburgh) and Mark McLay (Glasgow Caledonian University) offered engaging reflections on organising their popular ‘American History Too!’ podcast, Rosemary Pearce and Timo Schrader (University of Nottingham) recalled their experiences of coordinating Britain’s first conference on the ‘Black Lives Matter’ movement. Craig’s and McLay’s discussion of how they made their podcast accessible to an international audience was complemented by Pearce’s and Schrader’s wider reflections on how conferences (and similar academic meetings) should be careful not to separate themselves from the external politics and audiences that define their debates. Both sets of speakers highlighted the need to address top-down strategies of collaboration (in which external groups are seen to supplement academic debate) and encourage more equal exchanges of ideas to benefit all participants involved. 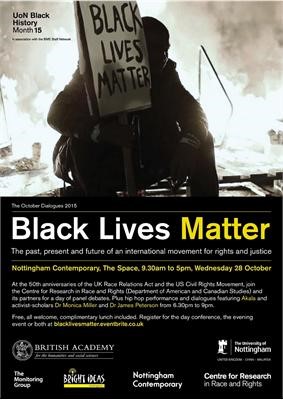 ‘Black Lives Matter: The Past, Present and Future of an International Movement for Rights and Justice’, Nottingham Contemporary, 28th October 2015.

The politics of collaboration was discussed across all panels, with presenters paying thoughtful attention to how collaboration manifests itself in a range of specific American historical and literary contexts. In ‘Collaboration Beyond Borders’, the three panellists all saw collaboration as speaking to histories of US international relations from the nineteenth-century onwards. Whilst Alex Bryne (University of Nottingham) and Timothy Cooper (University of Edinburgh) delivered papers on ‘collaborative’ diplomacy (in relation to Pan-Americanism and US-Canadian relations), Matthew Griffin (UCL) offered a fascinating re-evaluation of British antislavery movements during the American Civil War. Uniting aesthetics and politics, the literature panels highlighted how dialogues between authors, editors and publishers have supported the collaborative ethos of various US publishing environments and industries. From transatlantic collaboration, with Chelsea Olsen’s paper (University of Sussex) on Gertrude Stein’s literary salons in Paris, to posthumous collaboration, with Carla Douglas’s (University of Leeds) reflections on legacy in Tony Kushner’s The Illusion (1988), panellists highlighted the multiple and often surprising forms that dialogue and collaboration have taken in American literature and print culture.

The final sessions of the day highlighted how histories of collaboration, particularly in relation to protest and activism in the US, are often marginalised and forgotten. Sabina Peck and Lauren Mottle (University of Leeds) presented an illuminating paper on collaborative activism between the GI movement and second-wave feminism. Megan Hunt also discussed how the film Selma (2014) highlights the forgotten significance of white religious activism to the Civil Rights Movement. Discussions during the final coffee break indicated that these historical focuses complemented politically-themed papers on other panels, including Fraser McCallum’s discussion (University of Glasgow) of the significance of popular music for presidential campaigns. The closing keynote panel bought together these diverse historical and cultural concerns, with presenters situating the production of ‘Collaborative Texts: Film, Magazines, Comics’ within wider American print and film culture. Jenny Barrett (Edgehill University) shared her informative experiences of organising an ‘Art, Ethics and Culture Network’ in London and the Northwest to mark the centenary of D. W. Griffith’s Birth of a Nation (1915). Faye Hammill continued this historical focus, revealing how new scholarship in periodical studies is uncovering the ways in which collaboration underpinned twentieth-century magazine design and publication (including the popular New Yorker). Graphic illustrator Warren Pleece then bought these concerns into the present-day through an engaging discussion of how comic books require ongoing collaboration between illustrators, scriptwriters, and editors. 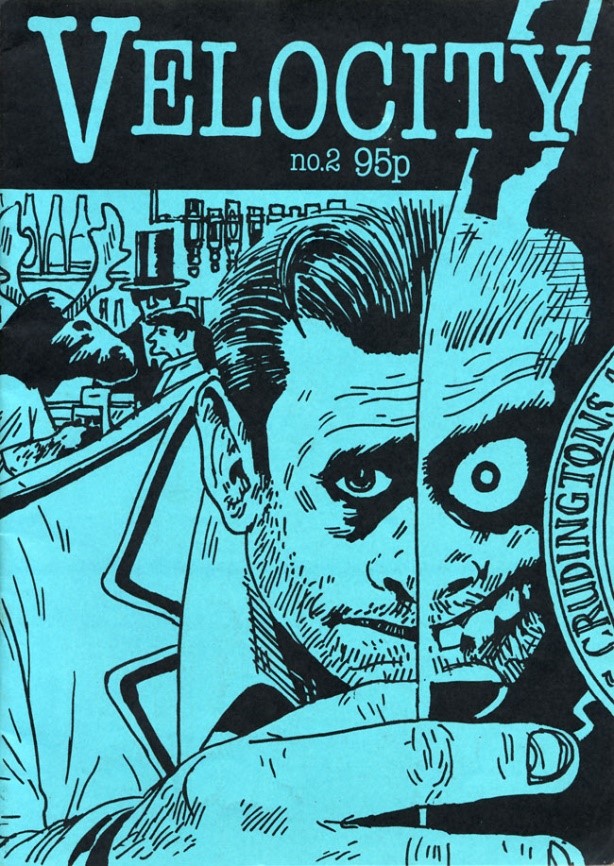 Beyond their interdisciplinary discussions of both historical and contemporary texts, the keynote panel exemplified the generosity in exchange and contribution which was apparent throughout the conference. All panellists who presented on their experiences of practical collaboration and wider engagement were willing to share lessons from their projects. This collaborative ethos was the foundation of each conference panel and subsequent informal discussions, ensuring that productive conversations continue long after the close of the conference. Across a range of formats, from the collaborative keynote to individual disciplinary panels, the conference provided a fascinating opportunity for delegates to discuss both current scholarship and wider engagement practices related to collaborative work in American Studies. Whilst the idea of collaboration underpins diverse themes and activities across the wider humanities (including, but not restricted to, ideas of community, diplomacy and textuality), the conference highlighted shared understandings of collaboration as a medium for furthering debates across studies of American history, literature, and activism. With these illuminating discussions in mind, it would be highly desirable to see more interdisciplinary panels at future BAAS postgraduate conferences or symposiums. As well as benefiting the literature panellists (whose panels tended to have smaller audiences compared to those on American history or politics), future presenters would also gain insights from the thoughtful, wide-ranging questions which were posed by delegates across all panels.

Special thanks are due to the Universities of Glasgow and Strathclyde, and in particular to the welcoming Rachael Alexander and her conference committee, for hosting such a varied and productive conference.
[starbox]

Christina Brennan is an AHRC-funded PhD researcher in English Literature and American Studies at the University of Manchester. Christina’s thesis is on American post-apocalyptic literature and television and her research interests include genre, dystopia, and contemporary Anglo-American fiction and memoir. She tweets at @cmbrennan92_
View all posts by Christina Brennan →
Tagged  C19, C20, C21, Collaboration, Pedagogy, Politics.
Bookmark the permalink.