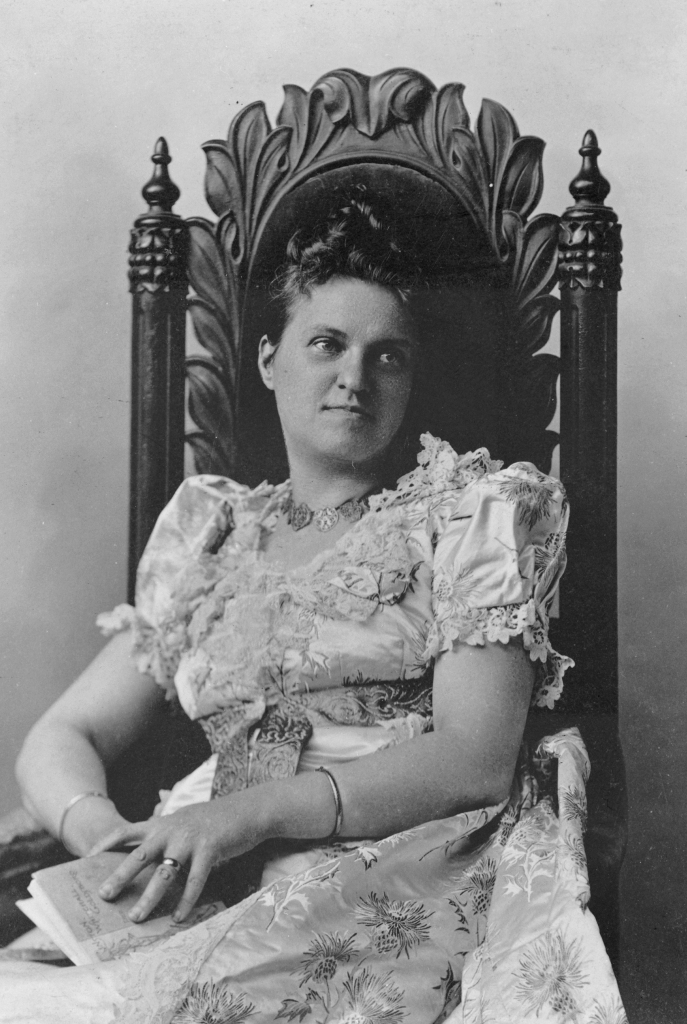 We started the afternoon discussing The Leavenworth Case. A classic yet little-read piece of detective fiction, the novel opens with news of the death of retired New York merchant Horatio Leavenworth, murdered in his Manhattan mansion. The narrator, lawyer Everett Raymond, assists detective Ebenezer Gryce in unraveling the mysterious crime, in which both of Leavenworth’s beautiful nieces, Mary and Eleanor, appear as suspects. The reader follows Raymond as he attempts to solve this crime whilst becoming increasingly attracted to Eleanor. As the investigation deepens, a tangled web of family and romantic relations is revealed, continuing to throw suspicion on the nieces. Green serves as a really good case study in considering nineteenth and early twentieth-century detective fiction on both sides of the Atlantic—the figure of Gryce has connections back to Edgar Allan Poe’s Monsieur Dupin but also significantly influences Arthur Conan Doyle and Agatha Christie’s detectives.

As a group we talked about how the novel challenges expectations of genre fiction by bringing together sensational literature of the 1860s and the cerebral puzzle of detective fiction of later decades. The Leavenworth Case meets many of the generic conventions of detective fiction: a focus on detailed observation of people and locations, a seemingly impossible crime, mysterious relationships between suspects, a detective and a sidekick. At the same time, through the romantic figure of Raymond, we are involved in reading the emotions and physicality of the characters, in particular the nieces who are painted as sensational heroines. Alongside the reading of people, we are asked to decipher letters and other documents, some complete, some partially destroyed. Green is a self-reflexive writer, aware of the importance of reading and interpretation and inviting the reader to join her and the detective (in the first edition these documents actually came with the novel to be unfolded and read, offering a multimodal experience). We returned to this tension between sensation and detection, between the physical and the cerebral, throughout the afternoon.

The group also spent a while considering the novel in regards to class. Is this a middle-class novel? As a single publication instead of a serialized magazine piece, the form suggests excessive consumption, offering readers to indulge all at once. The Leavenworth Case crosses boundaries, inviting the reader to snoop into private lives and privileged spaces. The novel offers these transgressive pleasures for middle class readers. In addition, we commented that class within the text too is complicated. As a police detective, Gryce inhabits a liminal zone: he is a professional, but not a gentleman. Perhaps the class tensions between the Leavenworths and their staff speak to the falling apart of social cohesion in the 1870s. In this decade, the working population significantly increased whilst the bourgeoisie decreased, yet still maintained a large share of national wealth. It becomes a convention of the detective genre that the working-class or lower-middle class employees pose as threatening, marginalised figures hovering in the shadows, always with access to the victim and opportunity to strike.

During the break we had belated ‘ice-breakers’, once again offering our favourite thing about researching the nineteenth century and also the best literary work or piece of criticism we had recently read. We enjoyed coffee and cake, generously provided for by UEA. Come for the literary discussion, stay for the delicious cake! 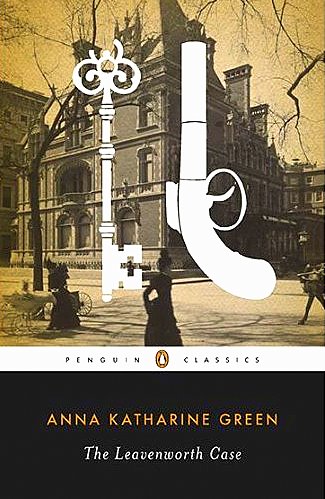 After the break we focused on two recent articles that consider pleasure and sensation, themes pertinent to The Leavenworth Case. Hugh McIntosh’s ‘The Sensational Turn and the Civil War’ (ESQ, 2012) discusses how Harriet Beecher Stowe and Augusta Jane Evans utilise sensationalism for cultural purpose in their Civil War novels. McIntosh was praised for placing sensationalism in an American nineteenth century context. Sensationalism is a disruptive form: it focuses on the transiency and emptiness of physicality, as opposed to the lasting values and emotional connections of sentimental literature. The article prompted the group in thinking about the gap that still exists in Civil War cultural and literary scholarship. Both Beecher Stowe and Evans’ novels of the period, Agnes of Sorrento (1862) and Macaria (1864) are set away from the war in Italy and New York, respectively. Louisa May Alcott’s Behind a Mask (1866) serves as another good example of sensationalism away from the war. What about depictions of the war itself in the 1860s and 1870s? We knew that tabloid journalism of the period used sensationalism to report on the war but admitted that we couldn’t think of specific examples where sensationalism influences fictional work.

We then moved onto a discussion of reading for pleasure, looking at Stacey Margolis’s ‘Trollope for Americanists’ (J19, 2013), which attempts to reclaim Victorian Anthony Trollope for Americanist readers. Margolis firmly views Trollope’s works as pleasure reading: his novels offer a genial enjoyment in their depiction of British middle-class society, very different from the social commentary found in works of American realism by Edith Wharton and W. D. Howells. This article got the group thinking about pleasure reading itself. We appreciate not just the enjoyment a contemporaneous audience would gain from a nineteenth century text, but also the enjoyment modern readers take from nineteenth century tales of sensationalism and sentimentality. Furthermore, there is also pleasure that we as modern scholars derive from reading nineteenth century readers themselves and understanding their reactions to literature.

In summary, the BrANCA reading group is a great opportunity to talk about how we as readers engage with texts. Sometimes as scholars we overlook the enjoyment we get from reading itself; the lively conversation of reading groups really emphasise how important this is. At ‘Forgotten Sensations’ this seemed especially pertinent as both sensational and detective literature ask for the involvement, whether emotional or cerebral, of the reader. Thank you to the University of East Anglia for generously providing refreshments for the group and travel bursaries for an Early Career Researcher and myself. Thanks again to the BrANCA organisers, in particular Tom Smith and Hilary Emmett, for putting together such a welcome event in the C19 calendar. The next BrANCA reading group will be held in Spring 2015 at The University of Kent. You can follow @brancaUK on Twitter or visit branca.org.uk for more information.

Hugh McIntosh, ‘The Sensational Turn and the Civil War: Thrilling the Broken Nation in Harriet Beecher Stowe’s Agnes of Sorrento and Augusta Jane Evans’s Macaria’, ESQ: A Journal of the American Renaissance, 58:3 (2012), 338-374

Exploring the French Caribbean and Joseph Zobel
BAAS 2022 Panel Review: 'Language and Multiculturalism in Contemporary Literature'
Review: ‘Land and Water: Port Towns, Maritime Connections, and Oceanic Spaces of the Early Modern At...
Review: Theorising the Popular 2017
Conference Review: 'The War on the Human: Human as Right, Human as Limit and the Task of the Humanit...
Reflection on 'Responding to Sexual Violence in Higher Education – Organisations, Initiatives, and A...
Conference Review: ‘Women’s Transatlantic Prison Activism since 1960,’ the Rothermere American Insti...
Book Review: Diane Di Prima: Visionary Poetics and the Hidden Religions by David Stephen Calonne

Dr. Hannah Lauren Murray is an early career researcher at the University of Nottingham. Her monograph in preparation examines liminal whiteness in early national and antebellum fiction.  From September, she will join the English department at King’s College London to teach Early American Studies. She sits on the Steering Committee for British Association of Nineteenth-Century Americanists (BrANCA).
View all posts by Hannah Murray →
Tagged  C19, Gender and Sexuality.
Bookmark the permalink.